I’m just going to come out and say it… hell yeah! Our first colab beer is here and we couldn’t be happier. We’ve been working with Fraser on this little project for some time and after much testing, tasting, and tweaking, we’re finally happy. What started out as a ‘what if’ has been brewed into reality and as far as we know, it’s a South African first. 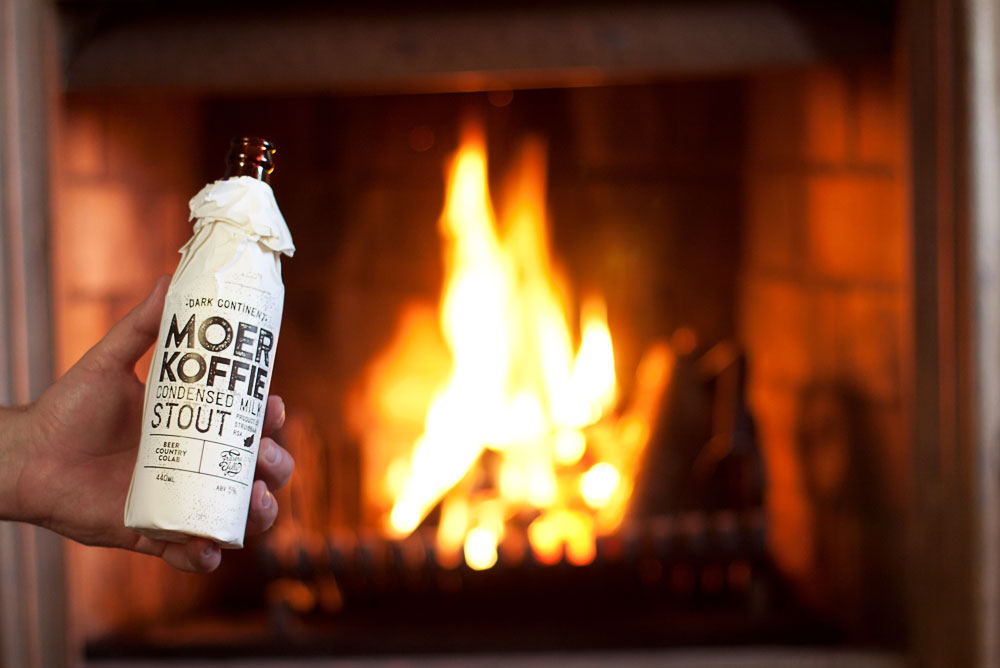 Before we dive into the brew, some of you may be asking, what’s moerkoffie?

The term ‘moerkoffie’ comes from arguably one of the most expressive languages in the world, Afrikaans. Directly translated it means, ‘smack coffee’ and there are various theories behind the name. Some say it’s because back in the day the beans were moered by hand to grind them up. Others say it’s because moerkoffie is super strong, hence it moering you.

The funny thing about moerkoffie is that it’s quite an elusive beast, and a quick Google search will prove just that. There are many conflicting ideas of how it should be made, but we happen to know what true moerkoffie is. The proper way to make moerkoffie is in an old camp kettle on a fire. Then you add real ground coffee (no instant rubbish) directly into the pot and fill it with water. You bring it to a boil then remove it from the heat and drop a red hot coal from the fire into the pot. It sounds crazy but the the reaction of the coal hitting the coffee actually pushes all the coffee grounds to the bottom of the kettle, which allows you to pour a clean cup of strong coffee.

We don’t know exactly how it works but the easiest explanation is, it’s magic. Traditionally it’s sweetened with a hefty dollop of condensed milk and enjoyed around the fire. 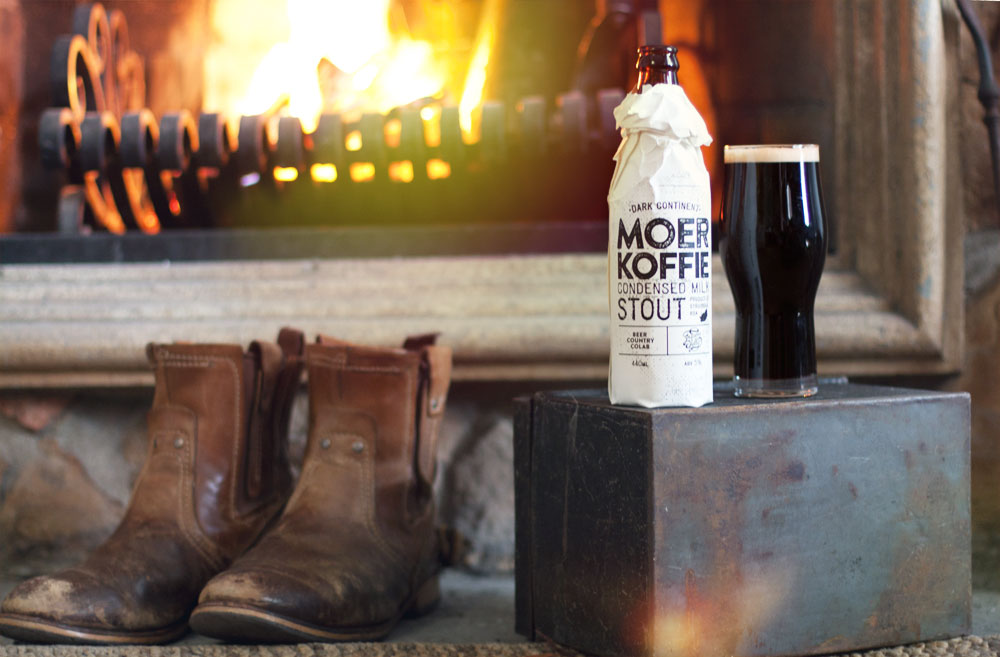 Now that you’ve had your moerkoffie 101 lesson, let’s get to the beer. To make this beer a reality we need a few things: beer, coffee and condensed milk. Fraser’s stout is the base of the beer with a few minor tweaks to make it a milk stout. Next up was the coffee and we searched far and wide to find the right blend. Some coffee can be quite acidic and this was not something we wanted in the flavour profile. We eventually decided on a blend from Beaver Creek Estate called Transkei Gold. It’s a blend of three African coffees as well as locally grown coffee from the estate. It has a rich body with caramel and toffee flavours to complement the roasted malt in the beer. Our last ingredient was condensed milk extract to give it the vanilla and caramel nose.

Now, you wouldn’t wear your brewing boots to your mate’s formal wedding, so you already know than an epic beer needs an awesome piece of crafty glassware.

We found exactly that in Rastal’s Craft Master Two. Imported from Germany by Vitria, this premium quality glass brings out the very best in the beer. With its stocky yet elegant base it has a solid feel in-hand, with a medium tulip midsection. This builds up an expansive head and really allows the aromas to collect before funnelling them out the gently flared, narrow top. This glass will have you savoring your beer like a pro in no time. 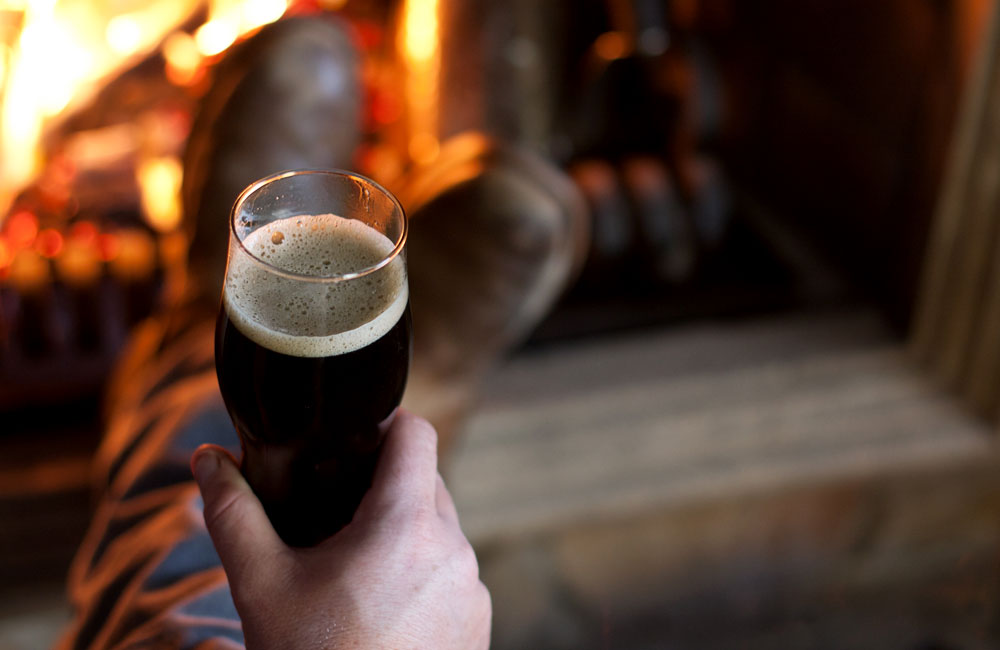 Speaking of beer, this brew is pitch black in appearance with an espresso crema head. On the nose are big whiffs of vanilla and caramel, complemented by roasted notes from the coffee. On the palate the brew has an initial hit of sweetness which is quickly followed by a moerse hit of coffee and roasted malt flavours. The beer finishes with a solid bitter sweet finish of hops and coffee. It sits at 5 % ABV and a solid 30 IBUs. We think it hits everything we set out to do and we hope you enjoy as much as we do.