Residents of the southern suburbs and the surrounding area can count themselves very lucky as beyond at Buitenverwachting joins the star-studded cast of the Constantia Winelands restaurant scene. While it might be a bit more of a drive for the rest of us, we promise the experience is so worth it. 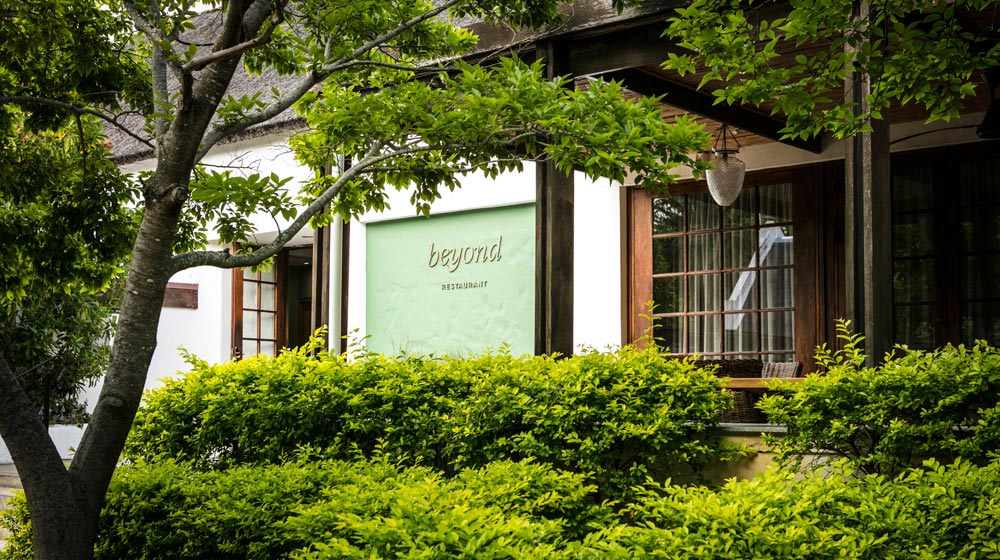 Beyond derives its name from ‘Buitenverwachting’ which translated means ‘beyond expectation’ and it really is the consummate explanation of what to expect.

We visited the newly opened restaurant and were captivated by the food and magical surroundings.

The Trifecta becomes a Quartet

The combined skills of trio Peter Tempelhoff, Jennifer Hugé and Ashley Moss bring beyond to life; Peter in the capacity of Chef-patron, Jennifer as Service & Beverage Director and Ashley Moss as Culinary Director. In the kitchen, we are excited to see Julia du Toit take the reins as head chef and from our dinner experience, have no doubt that she is one to watch. 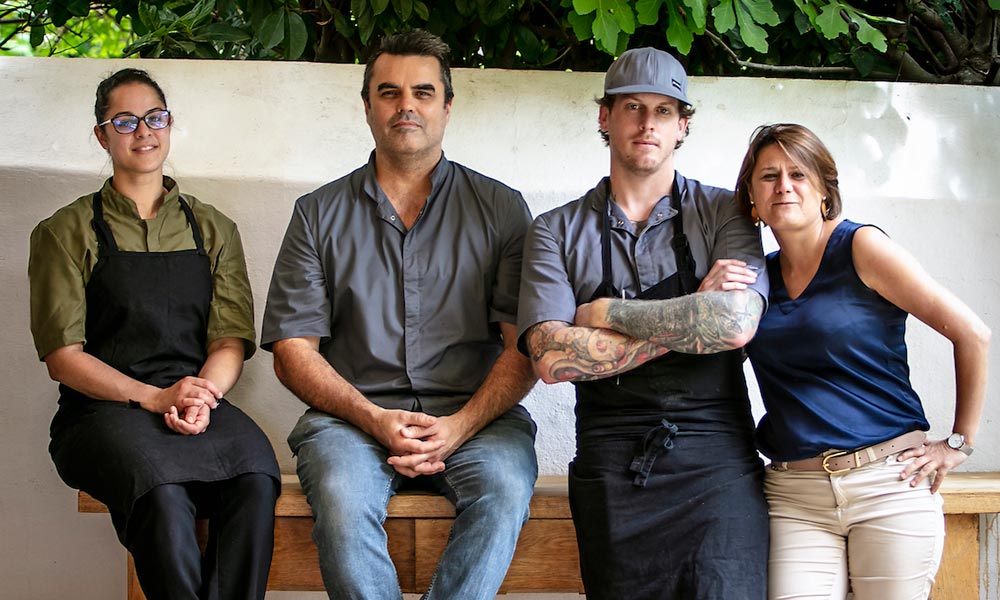 If the success of restaurants like The Greenhouse and FYN are anything to go by, beyond is set for stardom.

The menu at beyond is woven together with a common thread – understated simplicity. Provenance is key, as is using the very best ingredients, which are respected and treated with a light touch.

Peter echos Marco Pierre White on this quoting, “Mother nature is the artist, we are just cooks,”.

Because of this, menus will change according to seasonality, so don’t get too used to anything and expect to be surprised.

A backdrop of the Constantiaberg is always going to be a good place to start but beyond really does make the most of its surroundings. The restaurant, seemingly perched over the vineyards, has an entirely glassed front framing the most stunning mountain and rolling vineyard vistas. 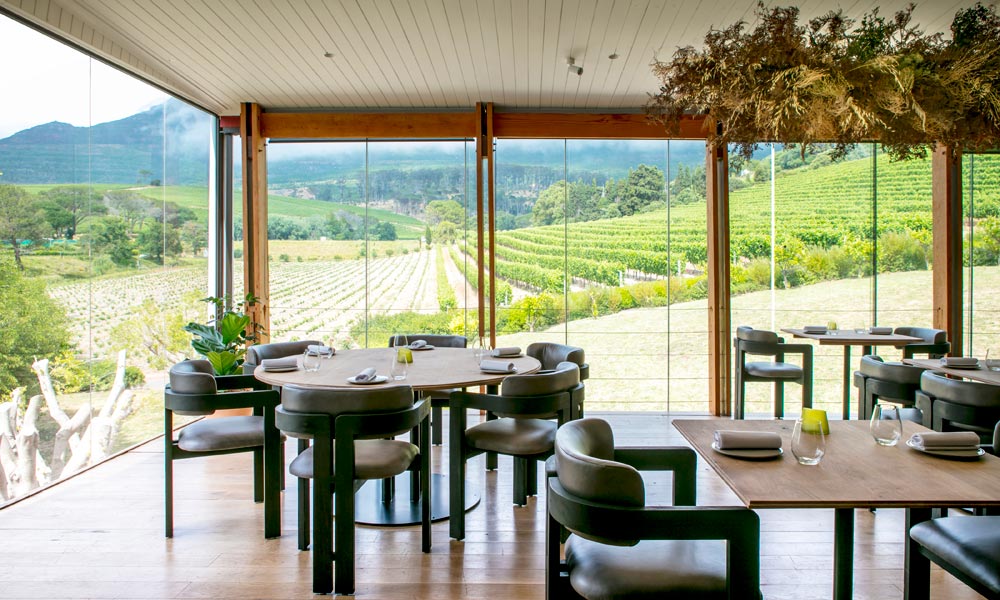 Seated by the window we were treated to the late afternoon clouds coming in over the mountain, swirling and changing as the sun set, as if by the strokes of an artist’s paintbrush. Who needs art when Mother Nature is so accommodating?

The light wood interior is brought together by stunning dried floral arrangements that hang as centrepieces from the ceiling. Shape comes in the form of subtle curves in the round-backed chairs, mirror and tables and touches of olive green and natural tones seamlessly blend the outdoors with the interior. 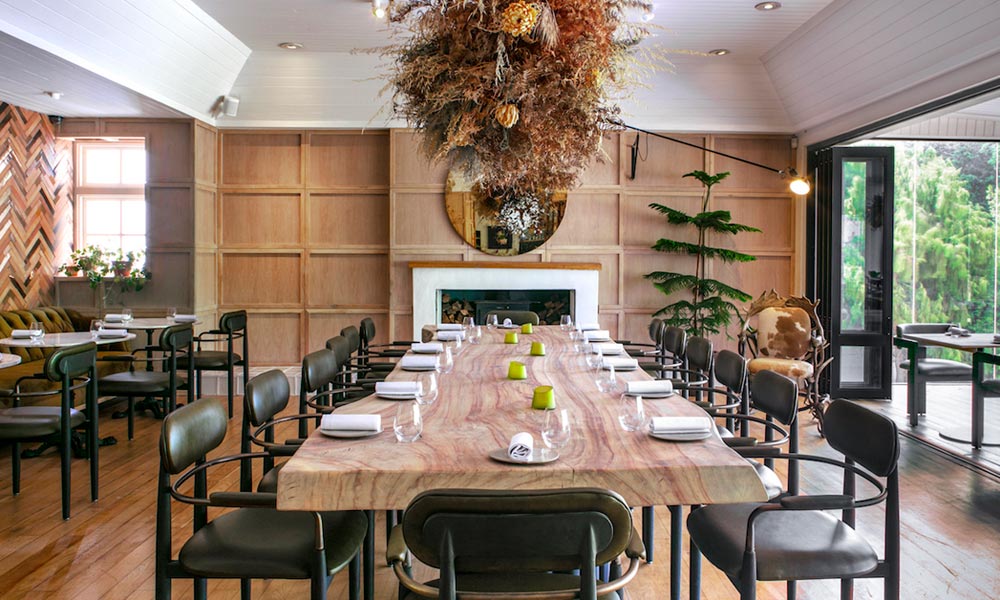 The starter menu had me stumped, so many divine sounding options that it was hard to pick. The game fish tartare was always going to be my partners choice – served with tomato ponzu, furikake and vegetable ceviche. The ponzu alone was good enough to be bottled and sipped with a straw – so delicate and so well balanced. The dish was a real triumph. 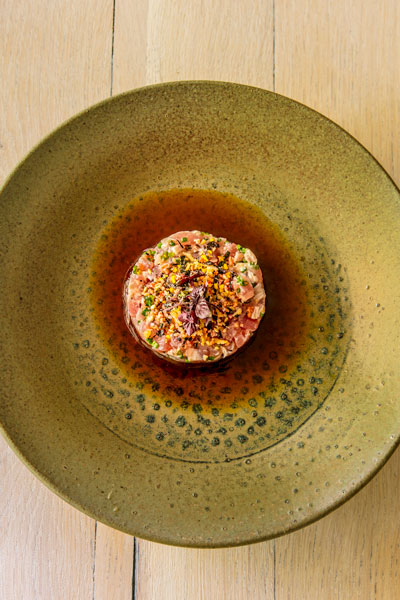 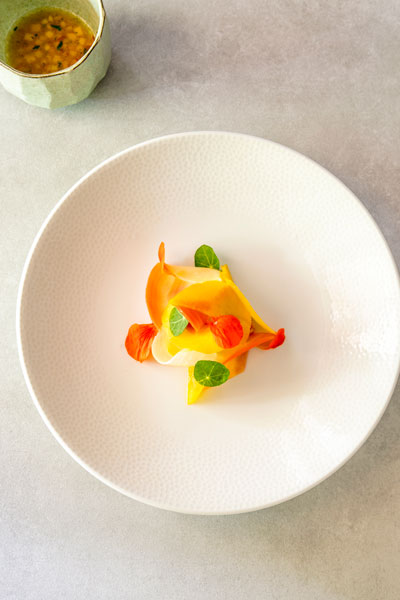 On the recommendation of our server, I tried the truffle filled burrata cheese with organic beets, charred peach and hazelnut crumble. What arrived at the table was so beautiful – a perfectly wrapped gift. Once cut, the burrata’s creamy filling oozed out blending with the nutty crumb and grilled peach dressing, making for the most sublime entrée.

We enjoyed a glass of Buitenverwachting’s Maximus 2017 Sauvignon Blanc with our starters. We both loved the slight wood on this wine, giving it an almost Chardonnay-like richness that really appealed.

My Iberico pork main served in tonkatsu sauce was also an absolute treat; the Spanish onion served with it was darkly caramelised and jammy – perfection. As an understated garnish, crispy dandelion leaves foraged from the garden completed the dish.

My dining partner enjoyed the 60-day aged Limousin beef cooked over binchotan coals and served with ponzu onions and an inspired crunchy sourdough crouton jus – something we have never had before but loved.

With both dishes, there was no over-complication of numerous ingredients on the plate. The food was simple looking but executed to perfection, which is essentially the restaurant concept in a nutshell.

Desserts that go Beyond

Desserts carried through the finesse and precedent that starters and mains had set. Beautiful ingredients with minimal fuss. The rum-braised pineapple with coconut blossom ice cream was reminiscent of an island getaway, just without the palm trees (vineyards run a close second). 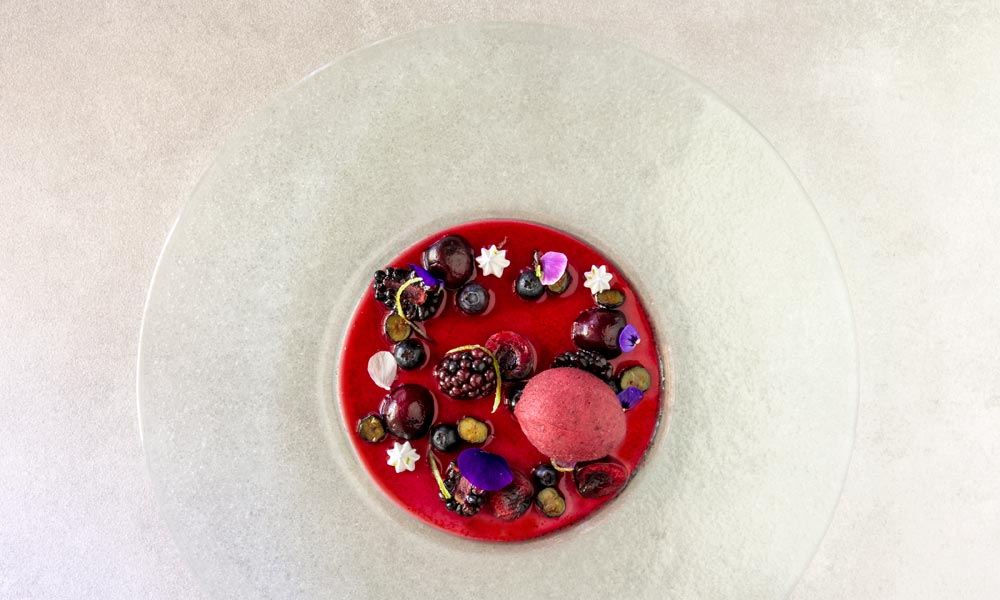 The other dessert we tried was a first – a namelaka, which we discovered is a Japanese-inspired dish somewhere between a ganache and a panna cotta. A creamy roast white chocolate namalaka base was topped with berry consommé, the plumpest blackberries and blueberries and a spiced cherry sorbet. Inspired!

beyond has so much going for it, incredible surroundings, excellent wine and food that will intrigue the palate without confusing it. Even though it had only open a week when we visited, it seemed like all the cogs of the wheel were turning seamlessly, with service being smooth, knowledgeable and accommodating.

We have no doubt that the hashtag #beyondexpectation will soon be filled with images of beyond as patrons experience all that is on offer.

beyond serves lunch and dinner every day Tuesday to Saturday (save Sunday, which is a lunch sitting only).