Warida Cornelius – A Street Food Story of Samosas and Smiles

Although we should be celebrating the special ladies in our lives every day, there are moments that make us stop what we are doing and actually acknowledge these women as they deserve. Women who are strong, vibrant and who have overcome great odds to succeed. One such lady is Warida Cornelius, a Bo Kaap fixture who sets up her food stall on the corner of Helliger Lane and Rose Street daily and has done so for the past 14 years. What on the outside may just look like another casual street vendor, is, in fact, an incredible story of one woman’s strength and determination to take a negative situation and turn it into a story that writers want to tell and people want to hear.

How Warida Cornelius Got Started

It was about 14-years ago that Warida was diagnosed with cancer and was retrenched from her job as a rep due to her illness. With a family of three children that needed to be fed and schooled she realised that sitting around was not simply not an option. Instead of allowing her illness to keep her down, she looked at what she was good at and what ‘God-given’ talent she could employ to earn a living. Having been raised by parents who cooked for a living, she figured that following in their footsteps made logical sense. So at possibly one of the most difficult crossroads anyone can face in life, she took a leap of faith and got to work doing something humble, but something that she knew she would be good at – cooking and baking.

At the time she lived in Bo Kaap so cooking up Malay favourites seemed a good place to start. Today her samosas are some of the finest to be found in Bo Kaap, and she has made them the same way since day dot. We’re not sure what her secret is, but we believe it has something to do with the fact that she cooks them onsite, so they are as fresh as they possibly can be – hot and crispy, straight out of the oil. She sells out of everything that she makes, so you have to be early to ensure that you get what you’re after. Every single item is freshly handmade by Warida Cornelius on a daily basis; that has always been her mantra and it’s what makes what she sells so darn tempting. 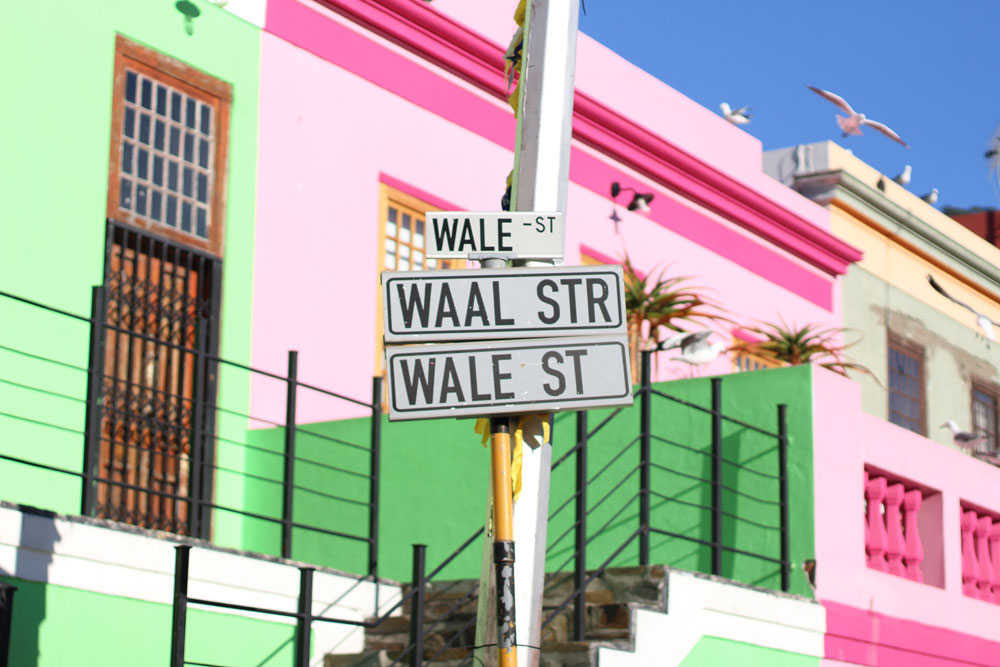 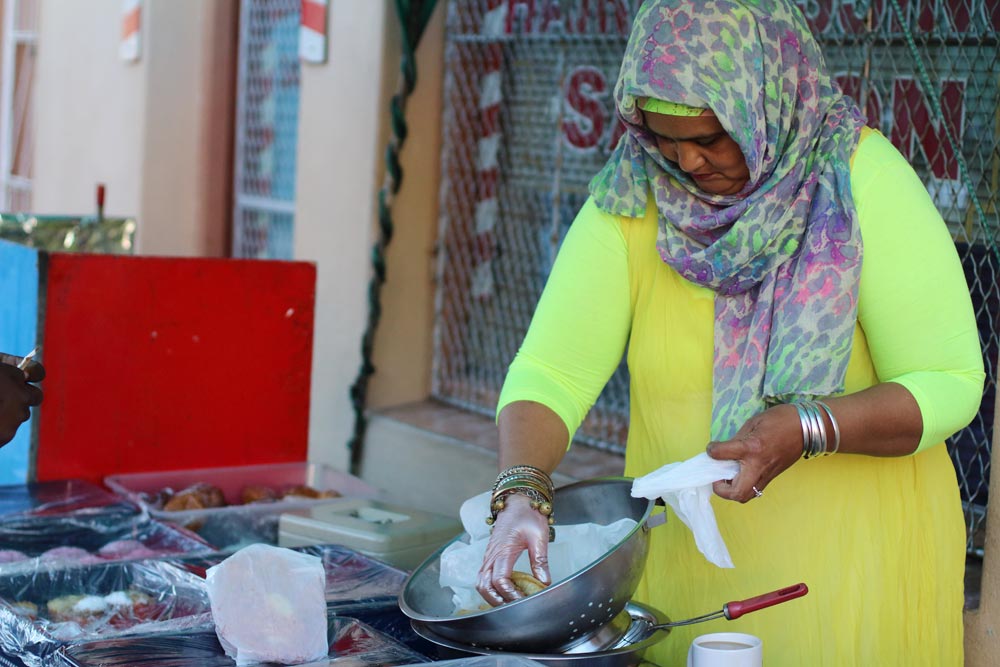 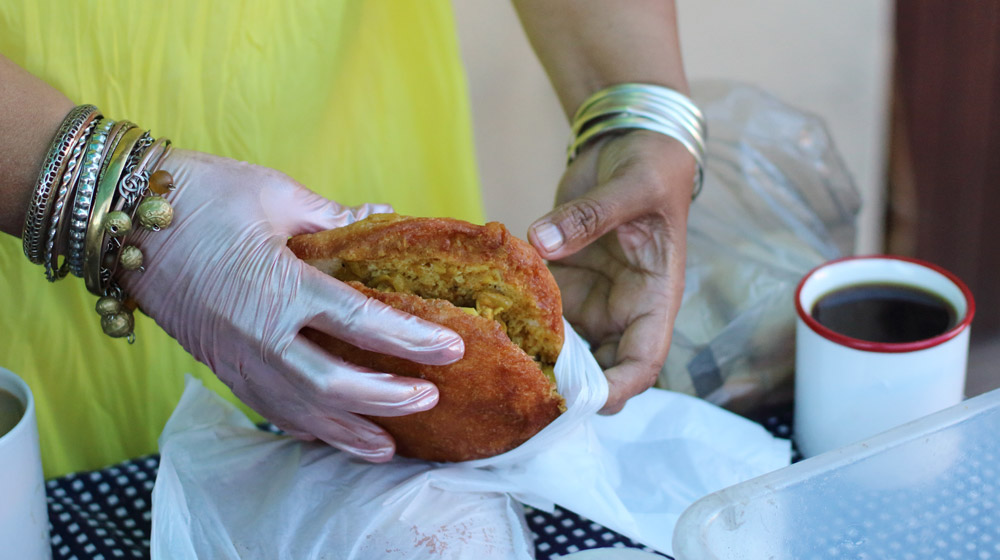 What’s also so appealing about Warida’s stall is that in the 14 years that she’s has been doing it, she has stuck to the original set up, from the shaded gazebo to the plastic covered boxes that hold all the goods. It’s bona fide street food that is rooted in genuineness, made with love and served with a smile. And that has immeasurable appeal.

Things are not always Rosy

Warida Cornelius has become part of the fabric of Bo Kaap and her authenticity is the kind that only comes from sheer hard work and sticking to what you do best. A simple formula, but one that has reaped great rewards. She tells us that it hasn’t always been plain sailing; she has come up against opposition from members of the community, often eateries that have come and gone over the years that have opposed to the business that she attracts. She originally traded on the corner of Wale and Rose Streets but was forced to move when the building changed. A local barber was kind enough to allow her to set up her stand on his doorstep and that is where she has remained, despite intermittent challenges to have her cease trading. She also hasn’t always done the roaring trade she does now, back when she started, a full day’s trade may have earned her a

A local barber was kind enough to allow her to set up her stand on his doorstep and that is where she has remained, despite intermittent challenges to have her cease trading. She also hasn’t always done the roaring trade she does now, back when she started, a full day’s trade may have earned her a meagre R50. But she had faith in what she was doing, stuck with it and put in long, hard hours to build her business to what it is today.

A Sense of Community

The fact of the matter is, that this kind of food and service is like a national treasure; a small slice of the community of a place like Bo Kaap and the greater city of Cape Town, that we should feel privileged to support every day. Her prices are so reasonable – R4 for savouries, R5 for sweets and R12 for a seriously generous curry vetkoek – where else can you get prices like that? Warida’s endeavours have helped her put three children through varsity. She tells us of their successes as an advocate, psychologist and human resources manager, something she has every right to be proud of.

If you pass by Warida’s stand you are sure to hear exchanges of “As-Salaam-Alaikum” and friendly returns of “Wa-Alaium-Salaam” as locals pass by daily, as they have done so for years.

For some of us that are newer to the area, we feel that we’ve been let in on one of the city’s best-kept secrets – something that plenty of visiting foreign tourists and bo-kaapers have been privy to for years. Talk about getting to the party late.

Warida is always immaculately turned out despite the fact that she has been getting up at 03h30 to cook and bake for the past 14 years. That takes some doing. She not only sells those famous samosas, but also does apple cakes, vetkoek, snowballs, wraps, roti, akhni (breyani) and good-old sprinkle-covered cupcakes (that have saved us mid-deadline more than a few times). She also not only bakes what you see on her stand, she also takes daily phoned in orders and does catering as well. She even has a gentleman from Dubai who comes by whenever he’s in town, orders her coconut dusted koesisters, freezes them and takes them back with him to enjoy until his next trip. 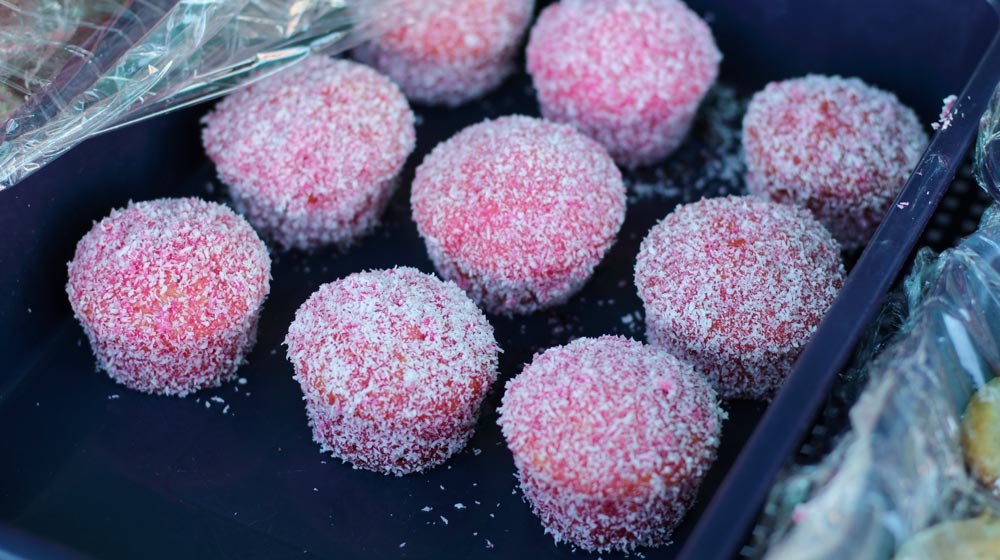 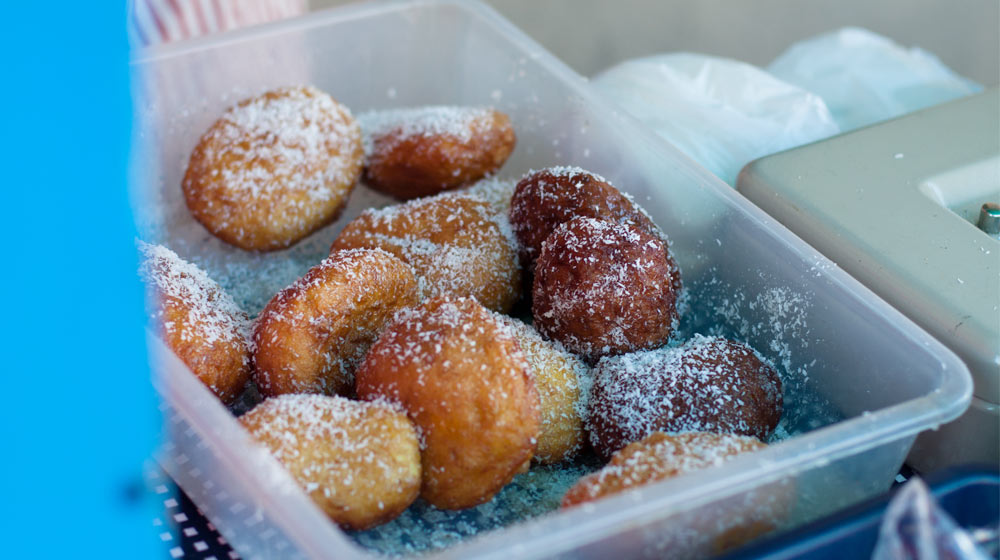 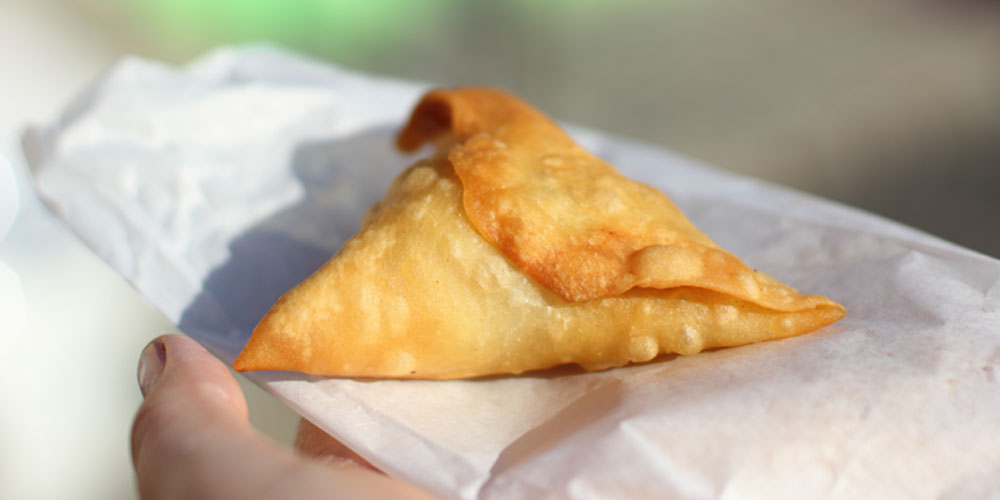 This affirmation of her talent, plus many celebrities that have visited her stand, the tourists that crowd around every day and of course the locals that have always supported her are what keep her doing what she does. She tells us it’s now done simply for the love of it and that the satisfied faces and bellies are the real feather in her cap. Those days where she has felt tired and like she just can’t anymore, it’s her faithful supporters that push her to keep going.

I asked Warida Cornelius if she’s ever thought of formalising her business, and she laughed and said she would love to ‘formalise her informal settlement’ but I think that the way it’s done – the way it’s always been done, is really an integral part of the magic and success of it. Rose Street just wouldn’t be the same without the smell of freshly frying samosas and Warida’s smile.

No matter who you are, being struck with a life threatening illness is terrifying. Having this happen as a breadwinner and mother, possibly even more so. Even if doesn’t feel like we can cope with whatever we are dealing with at the time, there are people, such as Warida Cornelius, who’s stories inspire us and each of us takes a different piece of that story away with us. Warida’s determination as a woman and a mother make me what to jump out of bed in the morning and do better at being me. And if feeding people with a belly full of love is first prize, then having that kind of effect on people must run a close second best.

Find Warida Cornelius and her tasty treats trading on Rose Street in Bo Kaap. Let your nose help guide to the aromas of sizzling samosas!