If you’ve ever ridden in a tuk tuk then you’ll know that they’re not fast. They kind of chug along at their own pace, much like the brewing process, so it seems fitting that Franschhoek’s newest craft brewery is named after one. We recently attended the brewery’s grand opening and what we found is our new go-to spot whenever we visit the Huguenot’s hood.

Tuk Tuk Microbrewery is the latest addition to the Franschhoek’s main road. It came about with the partnership of the Leeu Collection (a collection of fancy hotels, wine estates and restaurants) and Cape Brewing Company (CBC). The result is a 250 litre state-of-the-art Kaspar Schulz brewery, manned by arguably one of South Africa’s hottest young brewers, Dewald Goosen. 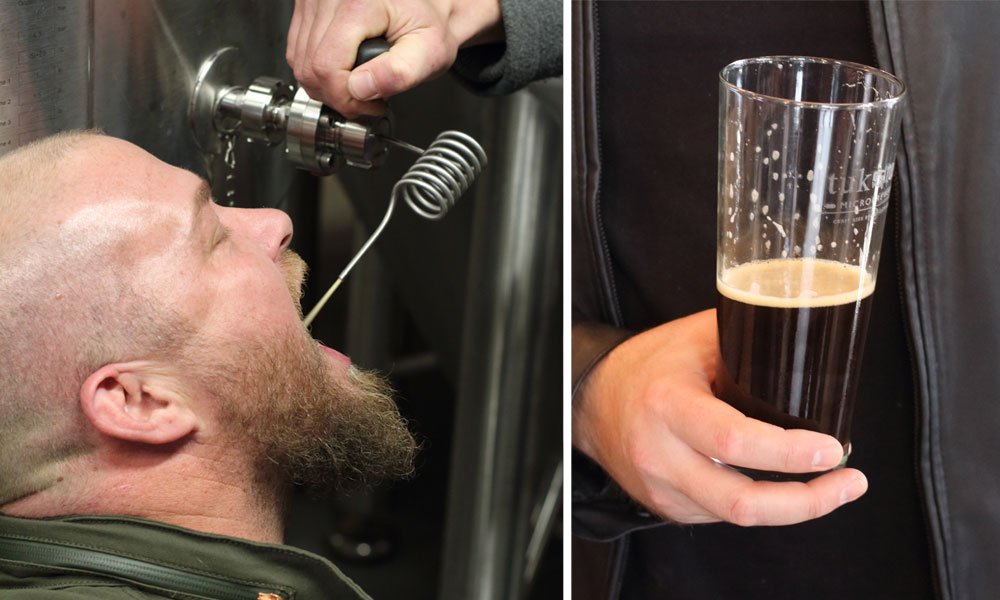 Greg gets a shot of Dunkel right out of the tank.

After a stint at CBC’s brewery, Dewald was handed the reins of Tuk Tuk and he couldn’t be happier. He says the brewery may be small in comparison but it runs like it’s on steroids. 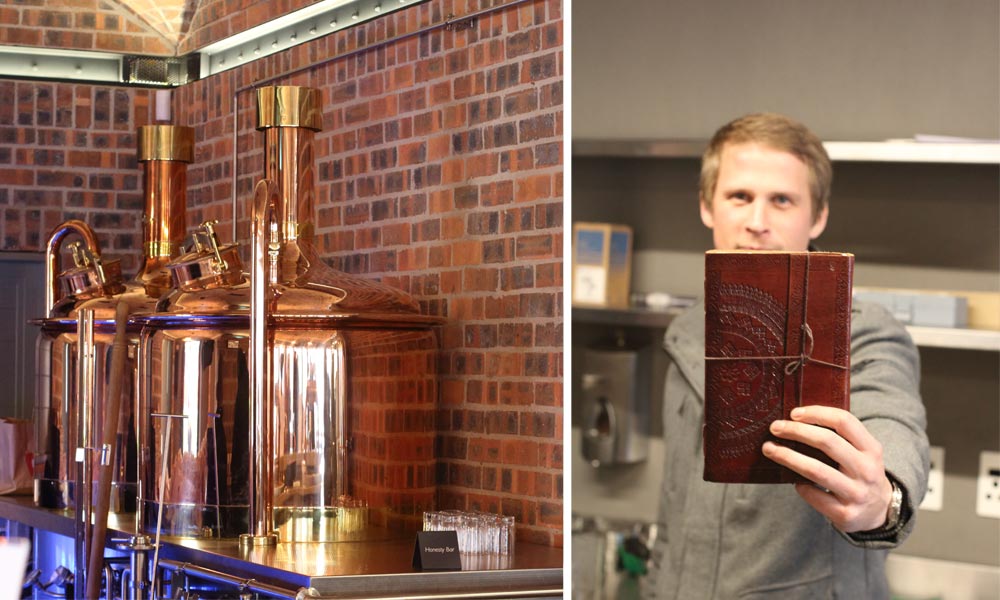 Dewald’s recipe book is a closely guarded secret that holds the key to his tasty brews.

In keeping with CBC’s German traditions, Dewald has brewed a weiss and a dunkel but he’s put his own spin on both. His weiss actually contains a South African hop called Southern Passion, which adds a twist of passion fruit to the brew. 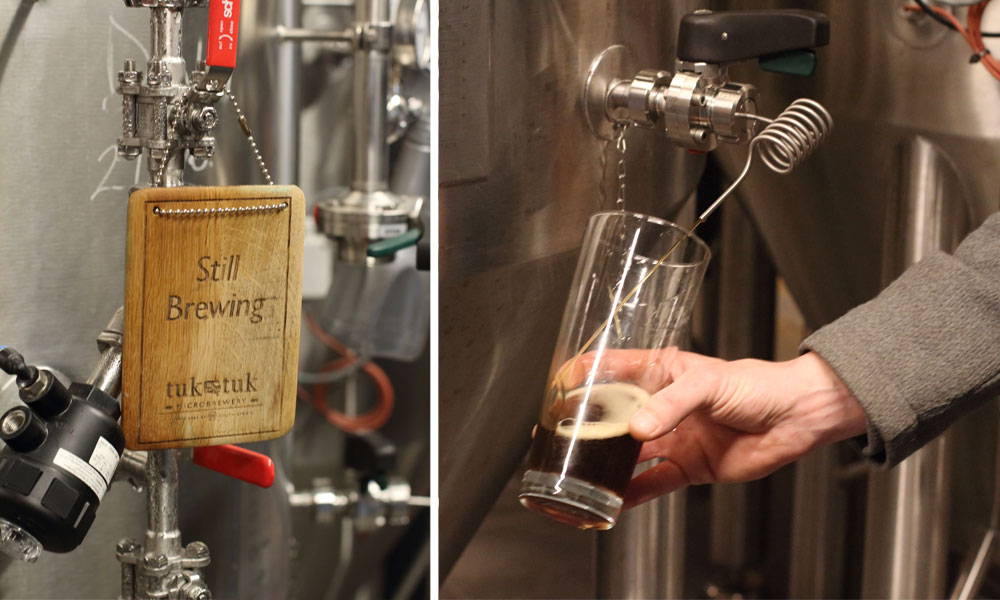 His dunkel is brewed with eight different malts and the result is a complex brew that’s full of roasted notes and caramel flavours. His last beer is an American style pale ale that’s bursting with citrus flavours and packs a decent hop bitterness. Chatting to Dewald about the brewery is like chatting to a kid in a candy store. He’s a happy man and why shouldn’t he be, he’s been given the keys to a German micro beast.

As well as serving excellent beer, Tuk Tuk has a great menu of Mexican food. We were treated to everything from nachos and tacos to quesadillas and chocolate churros. 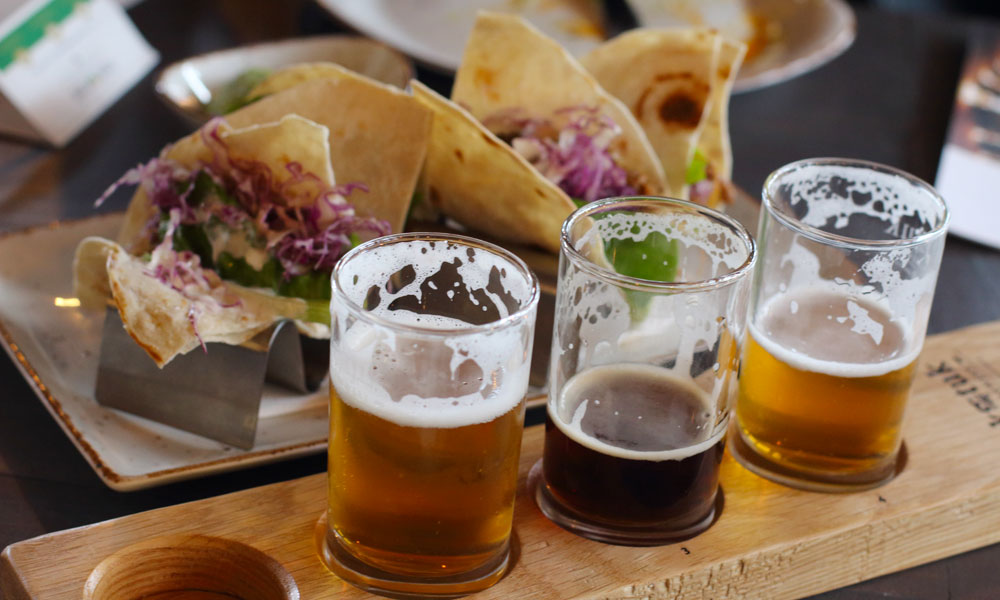 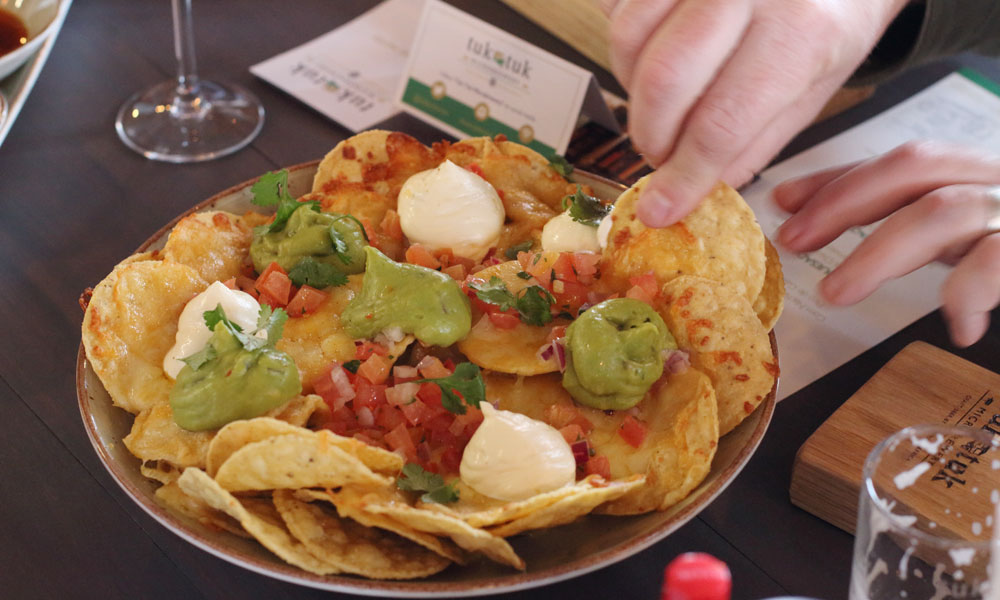 We also learnt a great deal about the interior design of the place and the custom artwork which adorns the walls and pillars. The place is as slick as the beers and a great deal of effort went into making is that way. We predict great things for Tuk Tuk and the cool thing about their beers is that you can only get them at the brewery. 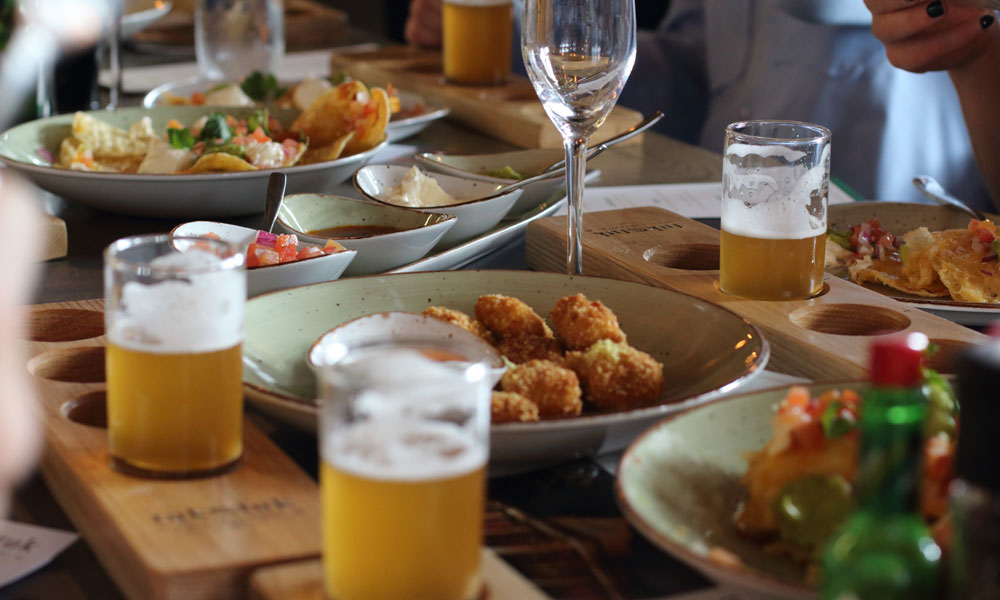 So the next time you find yourself in Franschhoek and you’re looking for something other than wine, bubbles and cheese, then definitely check out Tuk Tuk Microbrewery. It’s got an Asian inspired name with a German brew system and serves Mexican food in a town founded by French Huguenots. 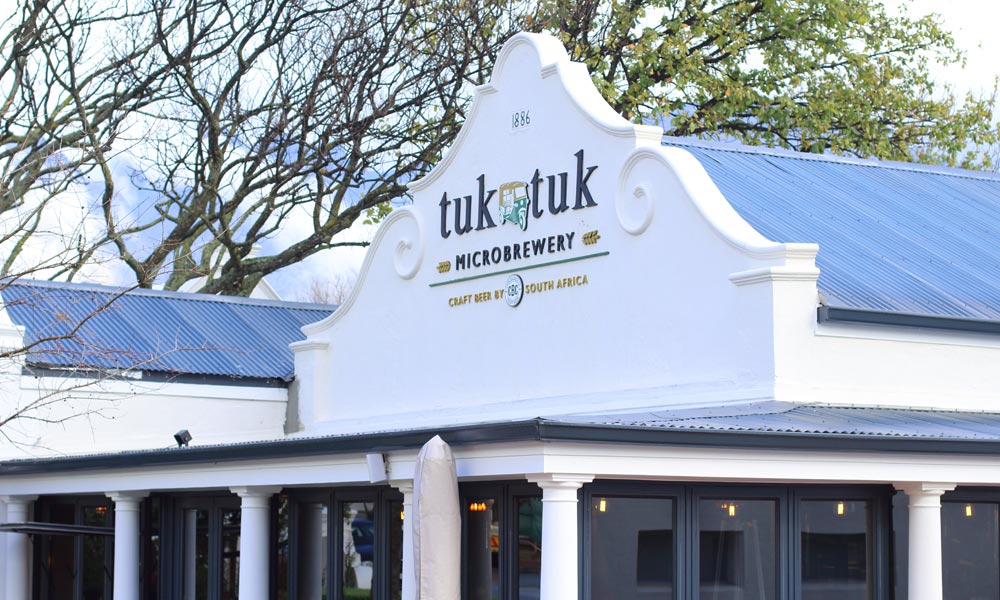