The top restaurants in South Africa were announced at the 2022 Eat Out Woolworths Restaurant Awards on Sunday 20 November at GrandWest in Cape Town. The industry was celebrated in a spectacular display of gourmet food, creative drinks and top-notch entertainment. Over 700 guests attended, including some of SA’s favourite celebrities. 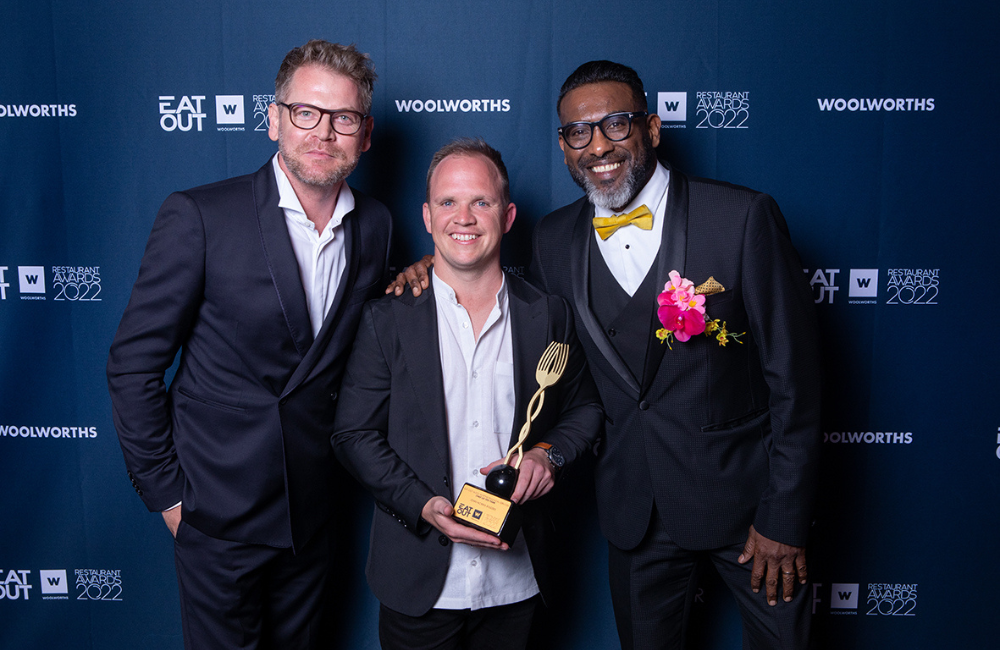 The new star rating system results were announced, with restaurants being awarded either one, two or three stars. To be included on the shortlist, each restaurant had to achieve a minimum rating of 70 points out of 100. 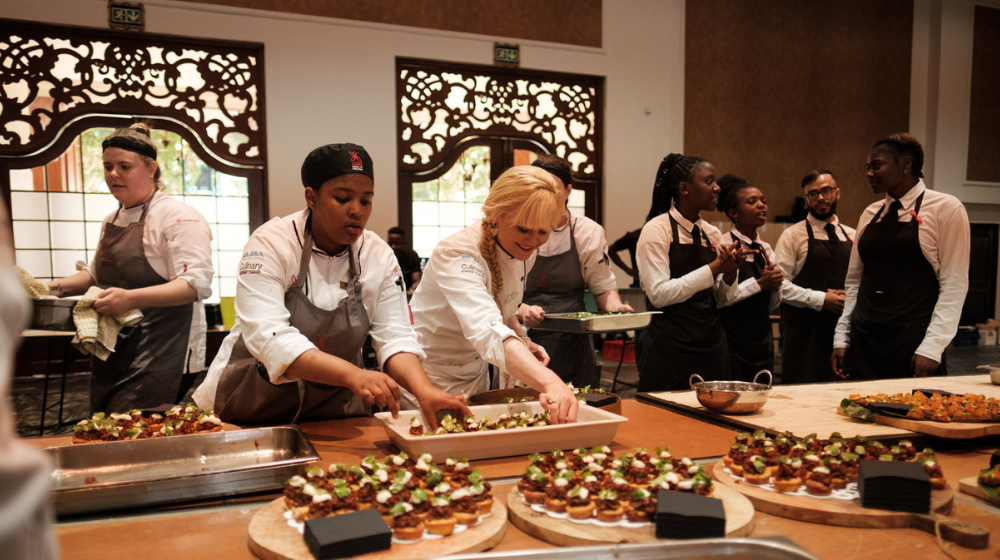 The following Eat Out stars were awarded:

From the Judging Panel:

For the first time ever, the star-rated and winning restaurants were determined by a panel of judges that were not anonymous. Along with chief judge Abigail Donnelly, this year’s judging panel included Michelin-starred chef and restaurateur Jan Hendrik van der Westhuizen, chef Karen Dudley, sommelier Moses Magwaza, food activist and cookbook author Mokgadi Itsweng, and food writer and broadcaster Anna Trapido.

Chief judge Abigail Donnelly adds, “This year has been an exciting year of change and new opportunities for Eat Out and for the restaurants in South Africa. The new awards celebrate all kinds of establishments with the three-, two- and one-star system. This follows international trends and is the eating platform that South Africa needs right now. I do believe that the restaurants will embrace this change. Having the panel of judges visit the restaurants under their own names has been a more transparent judging process, which we feel has been kinder to chefs. The quality of the food I’ve eaten has amazed me, especially as we’ve just come out of the pandemic. The chefs are cooking with their hearts and souls. Personally, it’s been wonderful being back at Eat Out and being able to introduce these new awards to the industry. It’s been very meaningful to me.”

The winners within the respective categories are as follows:

Eat Out Woolworths Restaurant of the Year

The Eat Out Woolworths Restaurant of the Year was awarded to The LivingRoom at Summerhill Guest Estate in Durban, Kwa-Zulu Natal.

Chef Johannes Richter showcases the province’s culinary diversity from garden to plate, expressed through his fine French training and passion for Asian techniques. “What we do has a very honest base,” says Richter. “Our agenda from day one has been to give South Africans a truly unbiased platform for their cultural identity. I am just so glad that this wave is picking up and people are understanding what we are doing. Our team lives it, we live it, there are a lot of actors in the back that make this happen. I am in awe.”

Eat Out Woolworths Financial Services Chef of The Year

The Eat Out Woolworths Financial Services Chef of The Year is John Norris-Rogers. Norris-Rogers has a long history with the La Colombe group and is currently at the helm of PIER in the V&A Waterfront in Cape Town. He creates impeccably considered dishes that are skilfully crafted and imbued with sophisticated flavours. Presented with perfectly matched tableware, his personality shines through on each plate. And, what’s more, he has perfectly incorporated the restaurant’s scenic seaside setting into his menu.

The Eat Out Woolworths Financial Services Service Excellence Award went to Forti Grill & Bar in Pretoria. Forti Grill & Bar is known for a number of things that make for an unforgettable visit: its Mediterranean-flavoured menu, its amazing wines, and even a little operatic singing courtesy of its owner. But what also gets its patrons returning time after time is its attentive-yet-unobtrusive service and welcoming ambience created by the entire team.

Victor Okolo, from Salsify at The Roundhouse in Cape Town was named winner of the Eat Out WCellar Wine Service Award. With a deep knowledge of his wine list, Victor is assured in his recommendations, yet humble in his approach and delivery.

Zioux in Johannesburg was recognised with the Eat Out VISI Style Award for representing a new style of dining here in South Africa, one that harnesses the city’s powerful cosmopolitan energy, turning into a night-time venue pulsing with great music that celebrates the heartbeat and soul of Johannesburg.

Dusk in Cape Town walked away with the Eat Out Retail Capital Best New Restaurant Award. This restaurant pushes the boundaries of taste with an innovative menu characterised by experimental fermentation and unusual ingredients that range from misos, garums and shoyus to lacto-ferments. Equally innovative is the interior, with its low lighting and dark sophistication complimenting the menu to make for an immersive, highly sensory dining experience.

Mmabatho Molefe, from Emazulwini in Cape Town, won the Eat Out Naked Malt Rising Star Award. Mmabatho evokes an emotional connection to food with truly inspirational and distinctively clever recipes that transform favourite meals from her childhood into fine-dining dishes. Her maverick food pays homage to her heritage and represents an exciting new approach to South African cuisine.

La Madeleine in Pretoria walked away with the Eat Out Woolworths Icon Award for serving food of unwavering quality and delivering consistently high levels of service that brings back diners time and time again. The long-established eatery offers a superbly skilled, rich and memorable epicurean experience.

Chef Liam Tomlin, from Chefs Warehouse Group in Cape Town, was awarded the Eat Out Woolworths Lockdown Innovation Award. He was acknowledged for being instrumental in bringing the challenges faced by the restaurant industry during SA’s lockdown into the national spotlight.

Rudi Liebenberg, from Belmond Mount Nelson Hotel in Cape Town, was honoured with the Eat Out Valpré Lannice Snyman Lifetime Achievement Award. Rudi has made an indelible mark on the restaurant industry. An early champion of sustainability, he worked under influential local and international chefs before owning his own restaurants and running the kitchens in some of our top hotels. Not merely satisfied with his own achievements, he has shared his knowledge widely and trained many people currently working in our industry.

FABER at Avondale in Paarl received the Eat Out Woolworths Sustainability Award in recognition of its commitment to implementing environmentally and socially responsible practices. The restaurant, and the wine estate it’s located on, have established a reputation as both creators of premium organic wines and sustainability-driven food that incorporates organic, free range and low-carbon producing ingredients. The restaurant points the way forward for a farm-to-fork approach, making fine-dining quality food that is both environmentally and financially sustainable.

CEO of Woolworths Food and the title sponsor of this year’s awards, Zyda Rylands, says “Woolworths’ partnership with Eat Out is rooted in our joint passion to celebrate our incredible South African talent in the hospitality industry, and to inspire many to make better food choices to eat well and to live well. We are proud to be associated with this refreshed version of the prestigious Eat Out Awards, particularly with such a great focus on inclusivity.”

I want to congratulate all the winners for their spectacular creativity and contribution to the South African restaurant industry,” said Aileen Lamb, Eat Out brand custodian and New Media CEO. “The industry has grown and adapted so much over the past three years, and the most beautiful thing we’ve seen is a sense of joint resilience. There’s a culture of camaraderie among restaurateurs that really came to the fore over the judging period and at the ceremony tonight.”

About the Eat Out Woolworths Restaurant Awards

The Eat Out Woolworths Restaurant Awards are South Africa’s most comprehensive and respected restaurant awards, celebrating our best restaurants and chefs. It’s an annual event hosted by Eat Out, which has been advising South Africans on where to find great food for the last 24 years.

For 2022 Eat Out Woolworths Restaurant Awards, restaurants will be awarded one, two, or three stars in recognition of excellence in all areas that make for a memorable dining out experience. The ratings were done by an experienced judging panel headed up by chief judge Abigail Donnelly. Abigail worked with fellow judges Michelin-starred chef and restaurateur Jan Hendrik van der Westhuizen, chef Karen Dudley, sommelier Moses Magwaza, food activist and cookbook author Mokgadi Itsweng, and food writer and broadcaster Anna Trapido.

Thanks to the efforts of its judging panel, along with the Eat Out’s team of countrywide food reviewers, the 2022 Eat Out Woolworths Restaurant Awards will announce a list of SA’s best 300 restaurants, including those that have received the further recognition of one, two or three stars. 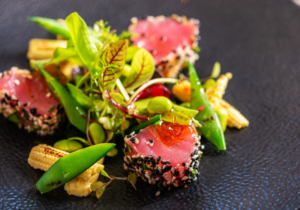 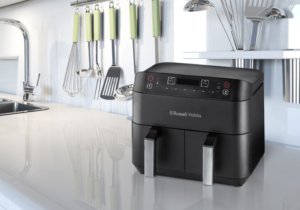