The Devastation of Palm Oil Production – Are You a Contributor?

Palm oil is a term we see a lot of the news these days, and rightfully so, as it had a massive negative effect on the environment as well as the welfare of many animals. But, what is palm oil exactly and why are we obsessed with it? Why is it so difficult to keep palm oil out of our food and homes? The reason it’s so popular is because of the fact that oil palms (Elaeis guineensi and Elaeis oleifera) – the trees from which palm oil is sourced – have immensely high production rates when compared to soya, rapeseed and sunflower plants. They can be harvested all year round and produce roughly 10 tonnes more of fruit per hectare than that of their oil-producing counterparts. Because of this high yield, palm oil is cheap and quick to grow. It’s known to be versatile and hardy and can be used for many different products from packaged nuts, biscuits and breads to cleaning products and cosmetics. 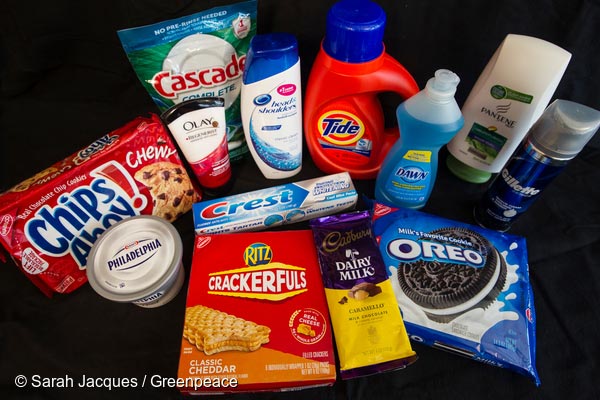 Products with Unsustainable Palm Oil A gallery of images showing the wide range of products made with palm oil. Greenpeace International reveals in recent investigations that household brands that source palm oil through Singapore-based palm oil trader Wilmar International are making consumers unwitting accomplices in the destruction of Indonesia’s forests, and pushing critically endangered species like the Sumatran tiger to the edge of extinction. © Sarah Jacques

Because of this popularity, the demand for palm oil has skyrocketed. This is where all the nasty stuff surrounding palm oil begins. To cater for this demand, thousands of acres of the rainforest are destroyed to make way for these oil palms. These trees only grow in tropical areas such as Borneo, Indonesia, Thailand, Malaysia, and most recently, Papua New Guinea. It’s estimated that as much as 300 football fields (that’s nearly 15 km) are cleared every hour to make space for the oil palms. More often than not, the cheapest and fastest way to clear these forests is by setting them on fire. 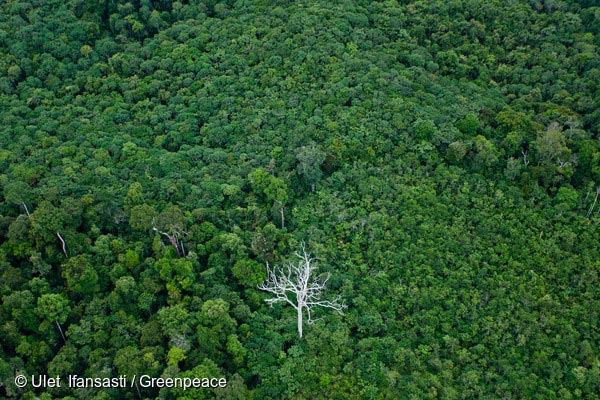 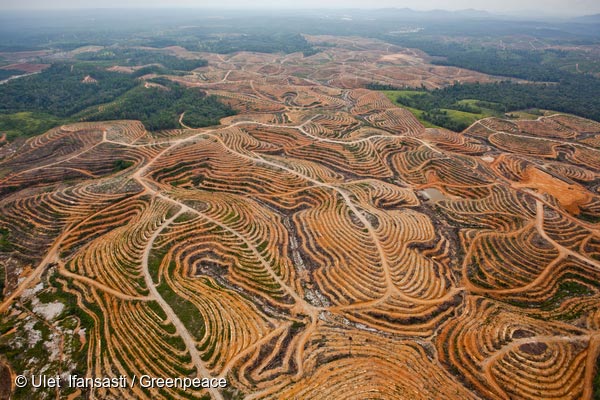 The runoff from this is that these rainforests are home to many endangered animals like tigers and orangutans. It is estimated that in 10 years, the orangutan population has been reduced by 50% as a direct result of deforestation. These orangutans not only lose their homes in the fire, but many of them lose burn alive or die from lack of food. 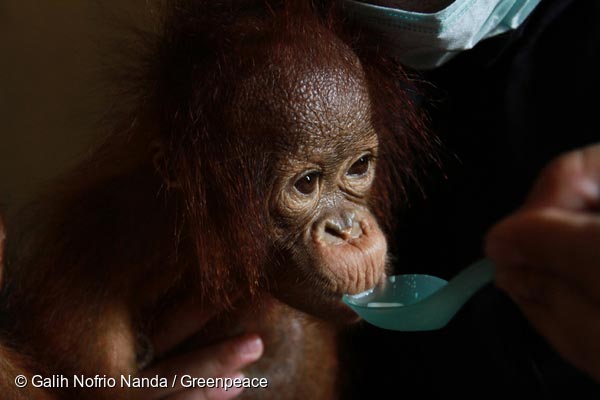 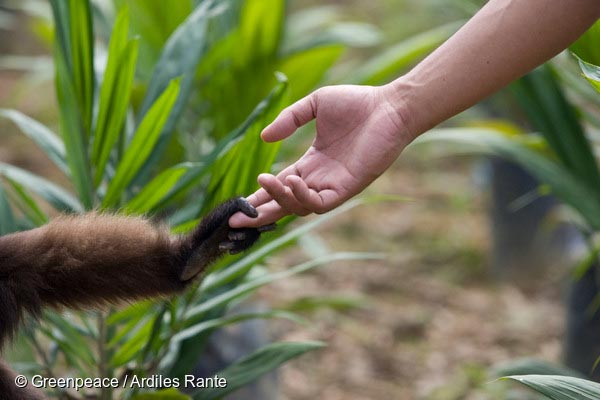 Langur in Central Borneo A Borneo langur (Trachypithecus) or lutung in local name, in Antan Kalang village, holds the hand of a villager. The consequences of land clearance for palm oil production are devastating for the wildlife in the area, including orangutans and monkeys who are dramatically threatened by the lost of their natural habitat. © Ardiles Rante

Even if these animals survive the fires, they are often brutally killed when they make their way to the palm oil plantation looking for food. Nearly 1000 orangutans are killed every year and their numbers currently sit below 10 000 left in the world. Similarly, Sumatran tigers are also victims of the palm oil industry. Not only is their natural habitat destroyed, but due to the wide open spaces left after the fires, they are not able to hide as easily from poachers. There are reportedly 400 Sumatran tigers left in the world, with only 100 of those actually living in the wild. The rest live in sanctuaries and reserves. 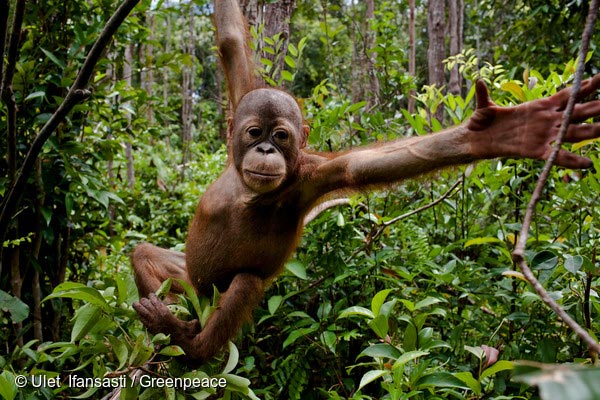 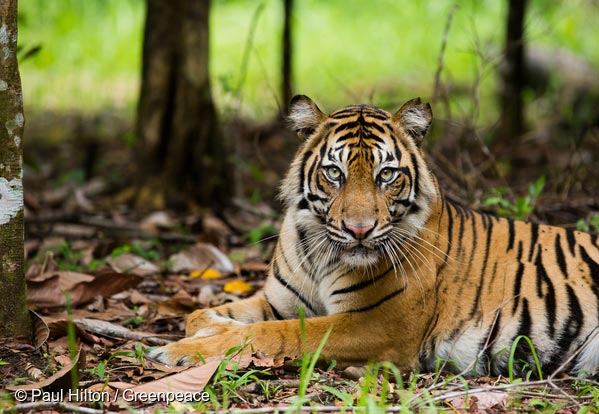 Aside from the animal impact palm oil has, the effect on our physical environment is unbelievable too. Due to the removal of some of the best carbon-capturing forests in the world, the biodiversity of these countries is being disrupted too. Added to that, deforestation may cause soil erosion and, because most forests have been cleared through the use of fire, massive air pollution from smoke.

So, how can you do your bit to help the environment and the animals affected by the palm oil trade? It’s very simple, actually, you just need to consume more consciously. Read the ingredient labels on food, cleaning products and cosmetics. Don’t buy anything that contains palm oil. Palm oil is legally known under 25 other names too, so learn the following and don’t be duped into contributing to the atrocities of this trade.

So, if you choose where you buy your meat, you choose to eat well and as ethically as you can, then there is no excuse not to choose the rest of your food and cleaning products fairly too. It’s quite easy, really, just learn (or print out and keep in your wallet) these names and never be contribute to the earth’s suffering ever again. Also, check out these resources, including SPOTT (Sustainable Palm Oil Transparency Toolkit) for help on how to make changes in your day to day life.