This title holder of Media Contributor of the Year, Leah van Deventer says, “At this year’s B.A.R Awards 2019, the eloquent Pete Goffe-Wood really nailed it when he listed the many hats any good bartender must wear: “they’re a mixologist, a best friend, a pharmacist, a juggler, a listener, a confidant, a storyteller, a poet, an entertainer, a magician, an arbiter of ridiculous arguments, a sports aficionado, an agony aunt and a dream merchant”. Bartenders are so much more than people who simply mix drinks, and yet their skills are tragically undervalued by the general public”. 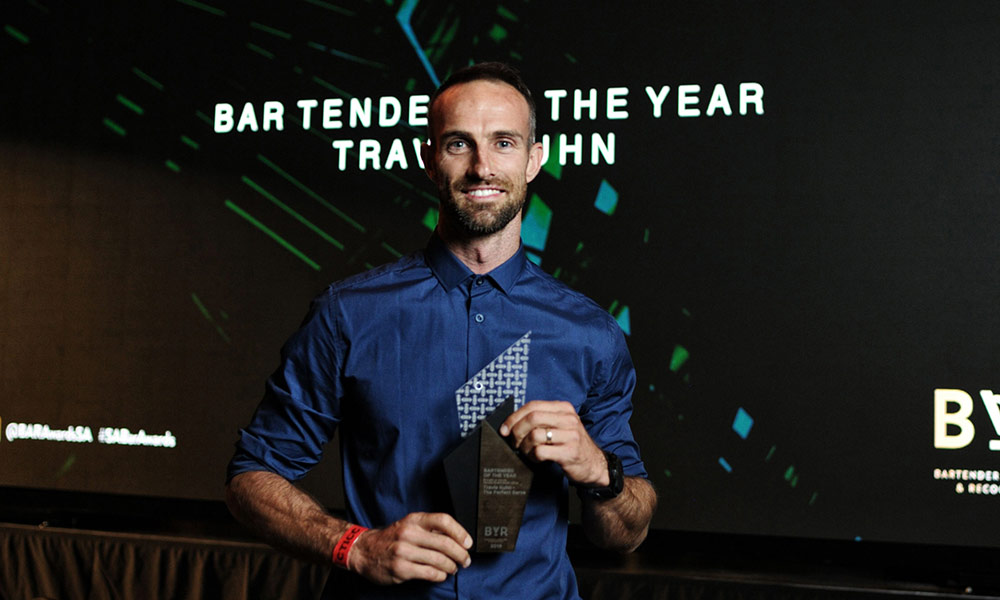 Enter the B.A.R Awards – a platform for the bar community to celebrate their own; to honour not just the drink-slinging superstars, but the supporting cast of ambassadors, bars, brands, brand campaigns and drinks-media contributors that excelled in the previous year.

The decorations not only pay the winners and finalists their due, but they inspire everyone to upskill and work harder, which uplifts the industry at large.

Travis Kuhn, South Africa’s current Diageo World Class Bartender of the Year, drinks consultant, owner of The Perfect Serve mobile bar service and B.A.R Awards founder says that “The most important thing to us is the success of the event. As a collective, the South African bar scene has been underrated and under supported. Only now are we starting to see the proper recognition a professional bartender can command. We want to create and, furthermore, expand all the platforms that could recognise special achievements in bartending. We have created this platform for learning, celebrating and contributing to the development of the craft art of bartending. We want to grow the platform in terms of its attendance, it’s voters, it’s credibility and its ability to inspire bartenders to push the limits of drink making”. For van Deventer “being named Media Contributor of the Year has given me enormous validation. Professionally, it indicates that my work is of a high enough calibre to warrant reward, while personally it suggests that my efforts to showcase the South African drinks landscape are appreciated”.

Best of the Best

Kurt Schlechter, creator of Cause Effect Cocktail Kitchen, which took the esteemed titles of Cocktail Bar of the Year, Bar Team of the Year and Best Newcomer, says, “To win the Best Bar Team is the most important award for us because we strive to create a family focused on making amazing drinks”.

Whilst Kuhn took the titles of Bartender of the Year, the International Footprint Award and Pop Up Bar of the Year for The Polynesian Pearl Diver. For Kuhn “the purpose of the B.A.R Awards it to include the opinions of a very select audience made up of the most influential people in the trade.

To win an award like this is to be honoured by your peers in the highest way possible. There are other awards that are attained through public vote and titles won through competitions, but something like B.A.R would include all of the possible elements which could be taken into consideration and then a category winner would win based on it all, and the fact that it echoes the opinions of all of your peers makes it truly special”. 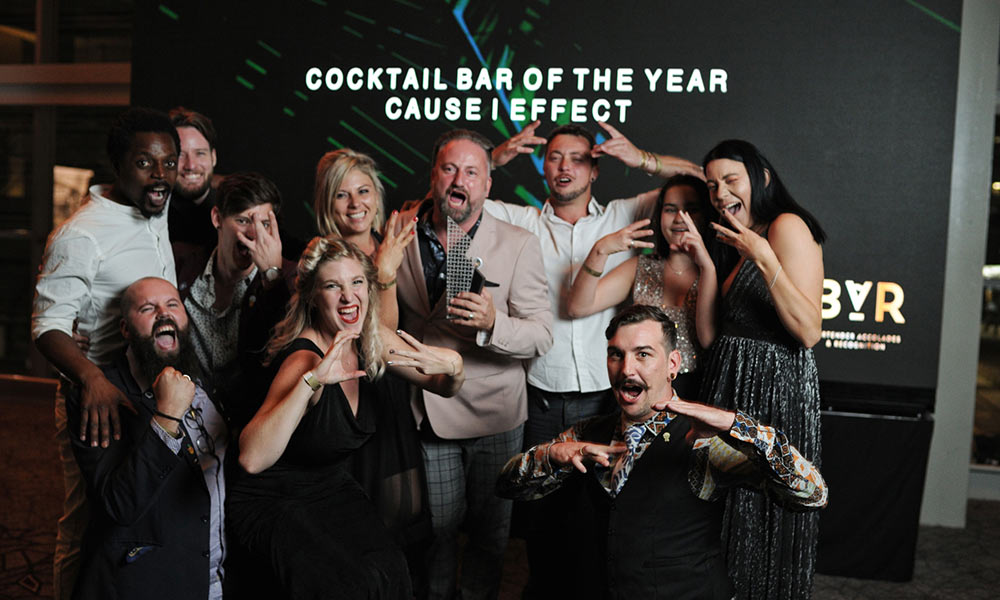 A special thanks must also be given to the Cape Town International Convention Centre (CTICC) for hosting the awards ceremony; event organisers, Hammer Live; voting platform, VPAS; auditors, Moore Stephens; trophy supplier, Good Letter Best; décor & styling, Me Ma; tech and audio, Audio Engineering; videography, Stream Soda; photography, Loop Films; and printing, Gold Otter Media. All of these brands are committed to the growth of the industry and recognizing the best in the business.

Bar Team of the Year: Cause Effect Cocktail Kitchen

Bartender Newcomer of the Year: Alecs Besier and Nkuli Khanyile

High-Volume Cocktail Bar of the Year: The House of Machines

Pop Up Bar of the Year: The Polynesian Pearl Diver

Mentor of the Year: Cassandra Eichhoff

Cocktail Bar of the Year: Cause Effect Cocktail Kitchen

Bartender of the Year: Travis Kuhn

Share2
Tweet
Pin
WhatsApp
2 Shares
Chocolate Recipes: How To Use Up Leftover Easter Chocolate
Cooking and Pairing Mushrooms with Gin 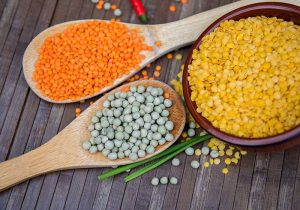 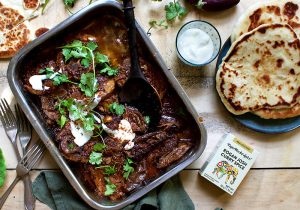 Go On an Indian Spice Journey With Cape Herb & Spice

The Ultimate Guide to Different Types of Indian Curry PLUS Recipes

Cooking With ClemenGold® Flavour this Season

The 10 Most Popular July Recipes

4 Delicious Recipes that Show You How to Cook with Coffee