The name Le Vendome has always been associated with elegance and old-world sophistication; now incorporated into the portfolio of the Radisson group, the recently reopened Radisson Blu Le Vendome combines this legacy with modern enhancements.

The hotel has undergone a massive refurbishment and yet still more is ahead for this statuesque Sea Point local, as discovered on a recent weekend stay.

We were greeted by exceptionally friendly reception staff upon arrival, in fact everyone we met was extremely helpful and polite, which can be a bit of a novelty in Cape Town establishments.

Our suite was on the top floor with a balcony that overlooked the ocean to one side and Signal Hill on the other – unfortunately the weather was not cooperating, so we didn’t get to make use of this facility as we would have liked to. We did however come in from the cold and make immediate use of the power shower, fluffy robes and slippers. We ordered bubbles and enjoyed a few glasses with snacks before heading down to dinner. For those who prefer drinks in a more social setting you can also head down to the bar, which is full of comfy seating and looks out over the street. 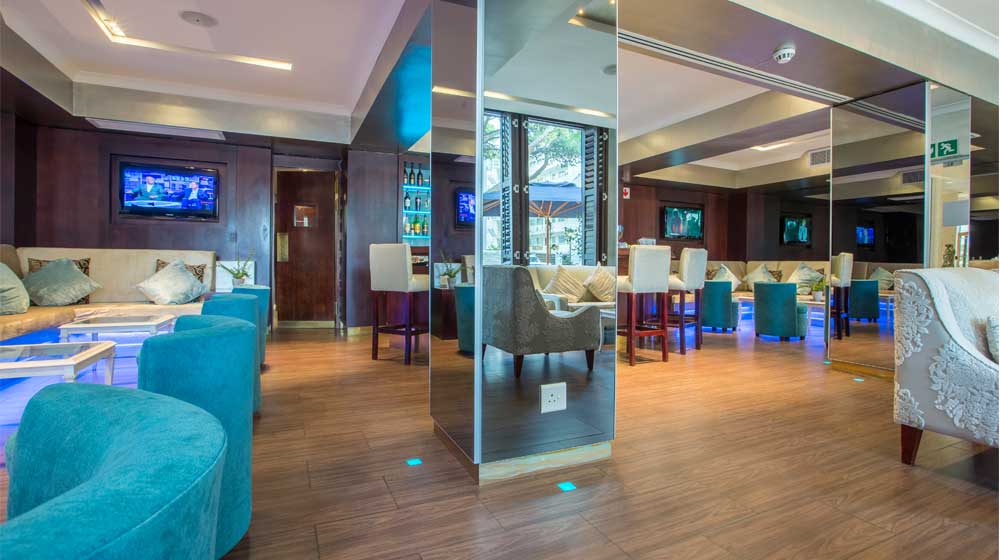 The restaurant La Mer has been refurbed and, although small, it has been stylishly decorated in tones of dove grey and silver. There are so many great restaurants within walking distance of the area, but sometimes dining in is most relaxing after a busy day exploring the city. 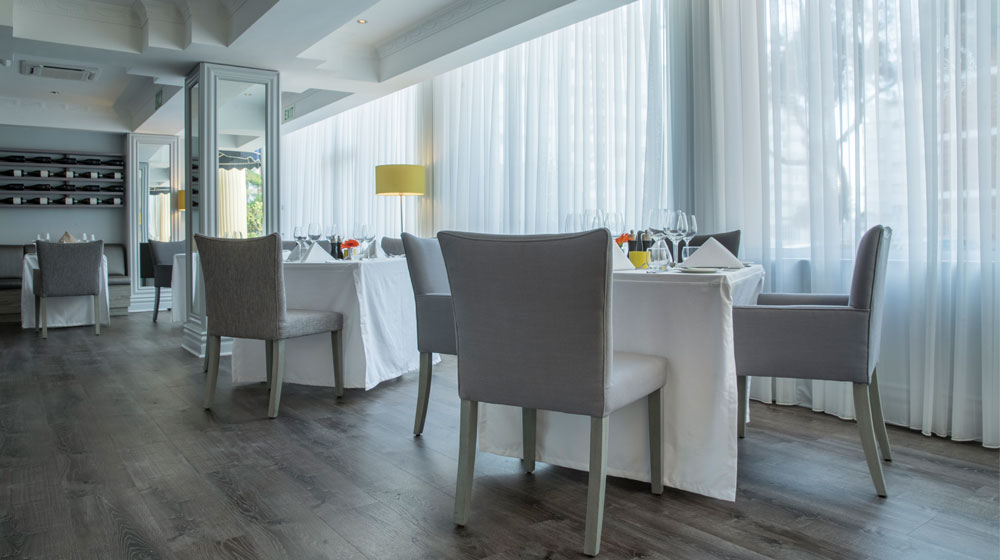 For starters we enjoyed the seared tuna, served with lime dust and a dressed salad. The tuna was delicate, simple, but really tasty. We also had the haloumi salad which is served with a caramelised baby apple presented like a mini toffee apple; novel, but also simply divine. For mains we had the duck, which is done with an usual combination of lavender and honey. The flavour translated to tones of honeycomb and was really delicious – we made sure every last drop of the jus was enjoyed. The second main of beef fillet was beautifully tender and served with the most featherlite tortellini I’ve ever eaten filled with braised oxtail. What a treat. Not to be outdone, dessert, which we opted to take in our room, was a seriously sized creme brûlée and a chocolate and pistachio cigar.

After a very comfy nights sleep in a kingsize bed we headed down to breakfast, which is served on the same deck as the pool area at the #add restaurant. The room has also been refurbished and is contemporary, light and airy. The breakfast spread is sumptuous – everything you can imagine from cereals to yoghurt, fruits and fabulously fresh pastries. There is also a complete hot offering including all the usual favourites of eggs, bacon, sausages, mushrooms, but also a waffle station complete with sweet sauces and toppings. It can turn out to be a very calorie laden feast! 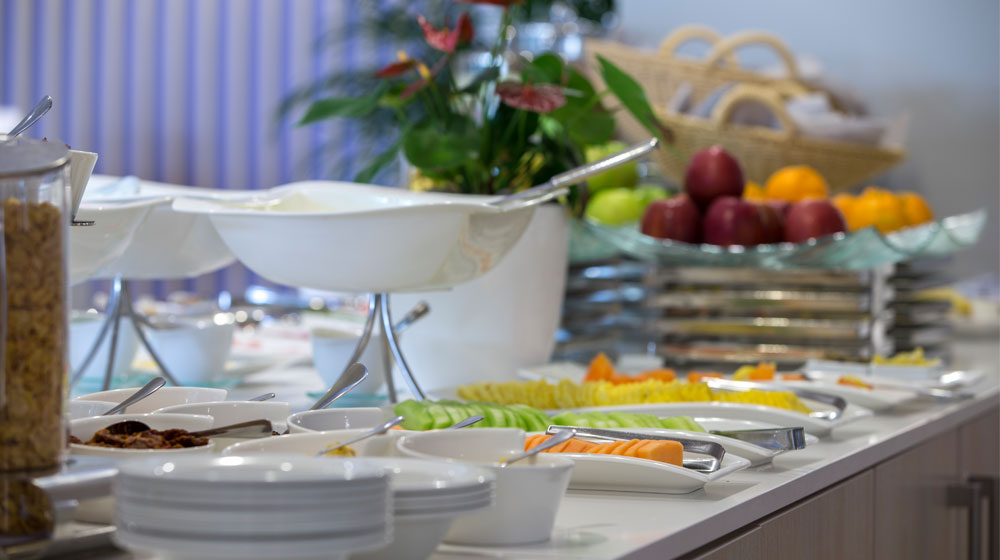 All in all our experience at the Radisson Blu Le Vendome was very enjoyable and made all the more so by the attentive staff. The hotel maintains an old-world feel, with touches of Parisian decor and influence. The rooms are comfortable and have been updated with modern amenities, however they are due to undergo further refurbishment in phase three of the upgrade. Phase two will also include the addition of a spa and gym facilities. The hotel is excellently positioned to explore the Mother City, with many hotspots a short walk or bus ride away.

The matriarch of the Seapoint strip has undergone a definite makeover, but like any good woman, she still has a few surprises in store, which will be revealed in due course. We look forward to seeing those take shape.