While movies are a great way to unwind and escape reality for a moment, we’re often more concerned with what snacks we’re going to take into the cinema with us. But sometimes, a beautiful thing happens, when a movie features a mouth-watering scene or two, then we’re fully enthralled. Two of our favourite things all rolled up into one? There’s nothing better. We run through some of our favourite foodie movies and mouthwatering scenes. 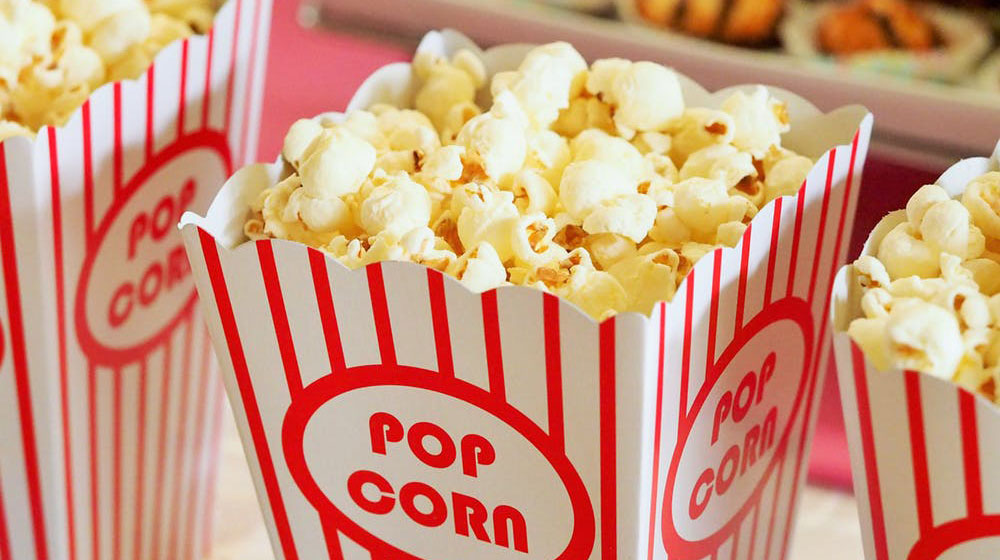 Sofia Coppola’s take on Marie Antoinette is a veritable feast for the eyes and stomach – it did everything to highlight the excess and gluttony that were the hallmarks of her reign as queen, wife to monarch King Louis XVI, in the most decadent and mouthwatering way possible.

As food scenes go, these are completely over the top – colourful tarts, pies and petit fours, lavish layer cakes, towers of gold macarons and intricate pastries. All set against a backdrop of enough gilded gold and glitz to put Versailles to shame.

While she made herself really unpopular when she famously declared “Let them eat cake!” in response to poverty and a shortage of staples such as bread, it’s hard not to get caught up and entranced by the gal who dined on pastries and sipped on champagne while obsessing over shoes and clothing. If you don’t rush out and stuff your face with eclairs after watching this then you’re dead inside. 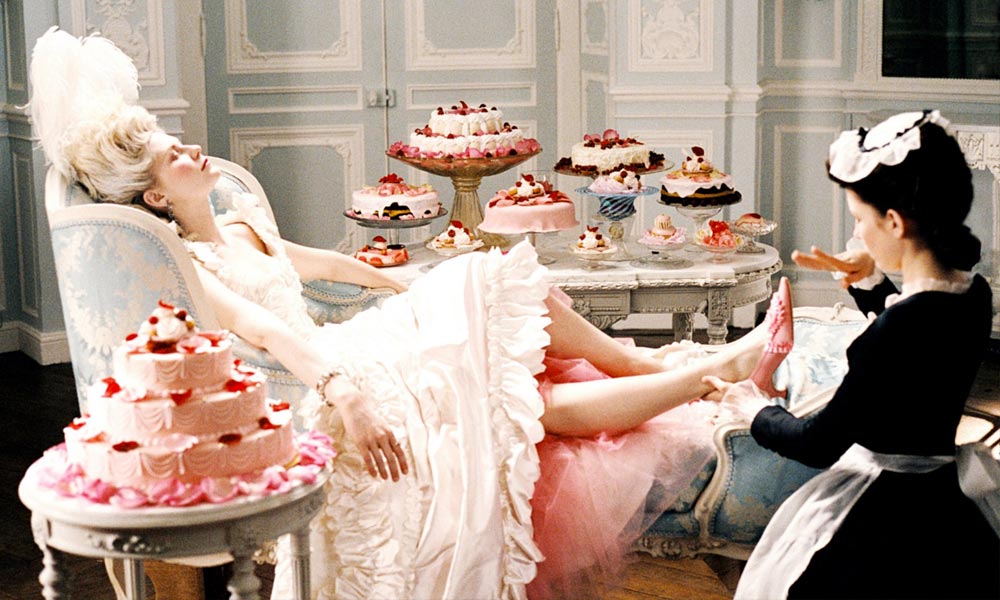 Pulp Fiction, in general, is a pretty perfect film, but we’re here for the scene where John Travolta’s character, Vincent Vega, takes Mia Wallace (Uma Thurman) out for dinner. At a 20s-style diner, Wallace orders a $5 milkshake – vanilla, a ‘Martin and Lewis’ – much to Vega’s horror. All is resolved however when he tries it and declares it ‘a pretty f***ing good shake”. 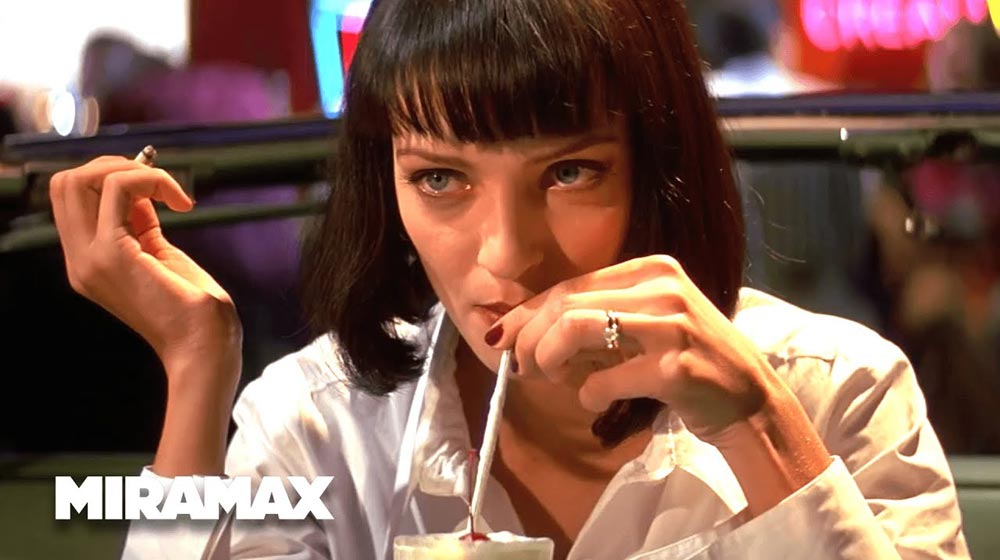 There is an early scene with Chloe the cat, where she is trying to resist the roast chicken in the fridge that easily represents all of us trying to eat healthily. However, the major food scene is when Max and Duke get lost and find themselves in a sausage factory ‘Wiener Kingdom’, where they eat to their heart’s content. Wouldn’t we all love to swim in a sea of sausages, eating our way as we go? 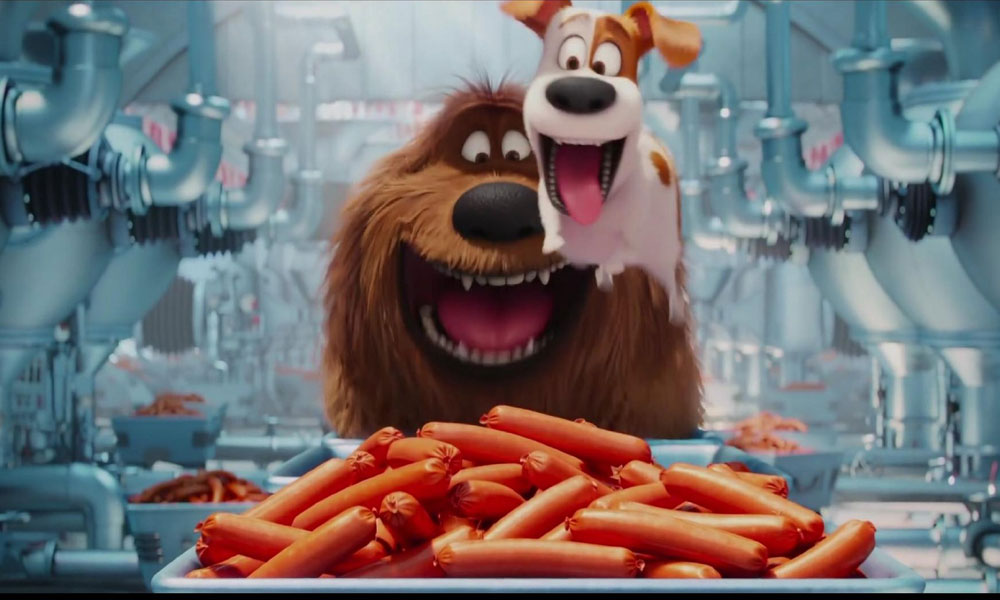 Harry Potter and the Philosopher’s Stone

Professor McGonagall taps her spoon against her wine goblet and Professor Dumbledore rises and declares ‘Let the feast begin‘. The camera shows the Hogwarts dining hall from above, food magically appearing on the tables (hah, if only this was really possible, dinner time would be so much easier!). The camera then pans across tables laden with bowls of salads, chips, corn on the cob, roasts, pies, fruit, desserts and more – this is the Start-of-Term Feast, also known as the Welcoming Feast. We see young Harry and his crew marvelling at the feast, and, who could forget a baby-faced Ron Weasly, chicken drumstick in each hand, appreciatively tucking in.

It’s one of many iconic dining hall scenes in the Harry Potter series and they get more elaborate as you go (check out the Halloween one too) It’s what we imagined boarding school to be like, but realistically only where a magic wand is involved. 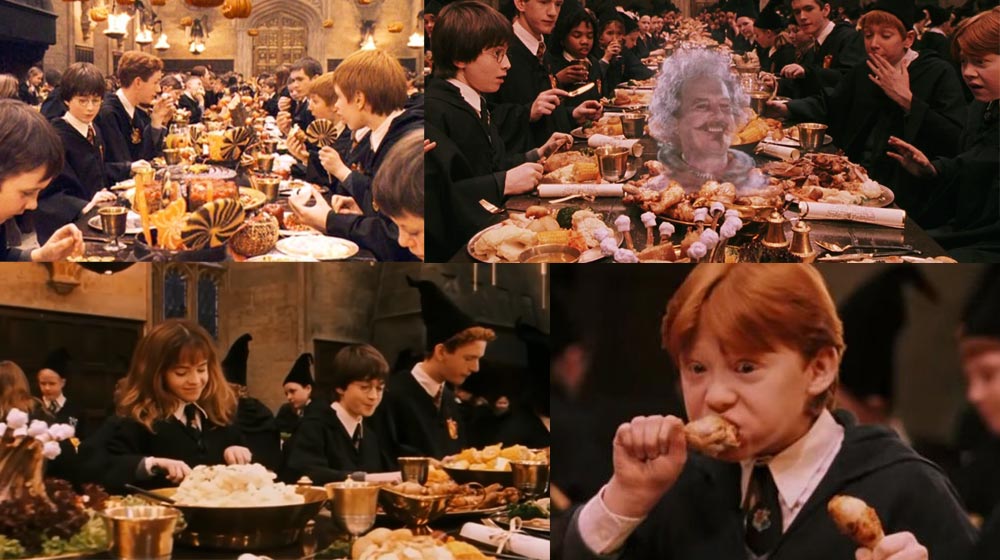 A baby-faced Lindsay Lohan unknowingly started a cult food combo when her characters realised that they both enjoyed peanut butter and Oreos together. Aside from these girls not realising they had the exact same face, it was shocking that Oreos dipped into peanut butter wasn’t more popular. 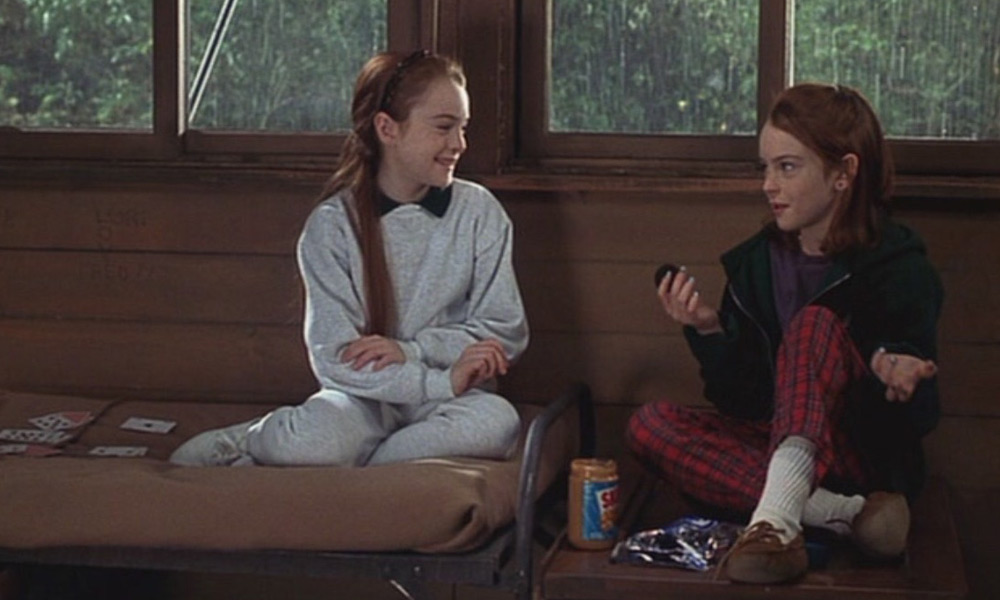 A yellow cab pulls up outside Tiffany & Co. on 5th Avenue, New York, Moon River is playing in the background and Audrey Hepburn steps out dressed head-to-toe in Givenchy – thus begins one of the most iconic films of all time.

Looking every inch the movie star, Hepburn peers into the window of Tiffany & Co., while taking a coffee and a pastry (we think a croissant) out of a bag to eat. While it may not be the most luscious of food scenes ever, there is something about it that makes us want to get dolled up in our finery and tuck into French pastries.

Even though Marilyn Monroe was tipped to play this role originally, we can’t think of anyone better than Hepburn to bring such chic grace and glamour to Holly Golightly. 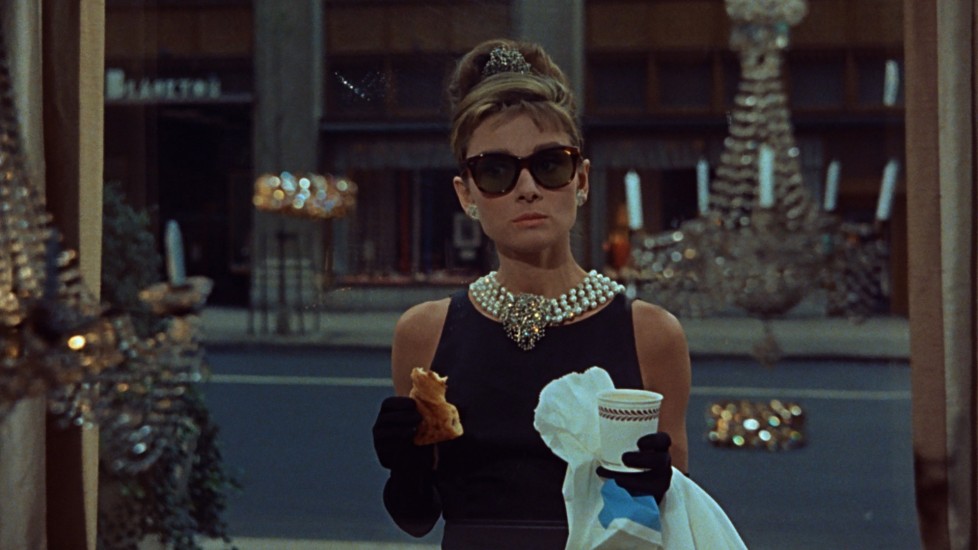 Wallace and Gromit Curse of The Were-RabbitWe can all relate to loveable Wallace with his cheese-loving tendencies, with a line of his becoming our personal motto ‘I’m just crackers about cheese!’. Gromit, Wallace’s canine best friend, even uses a Stinking Bishop to revive Wallace after he passes out from his Were-Rabbit activities. 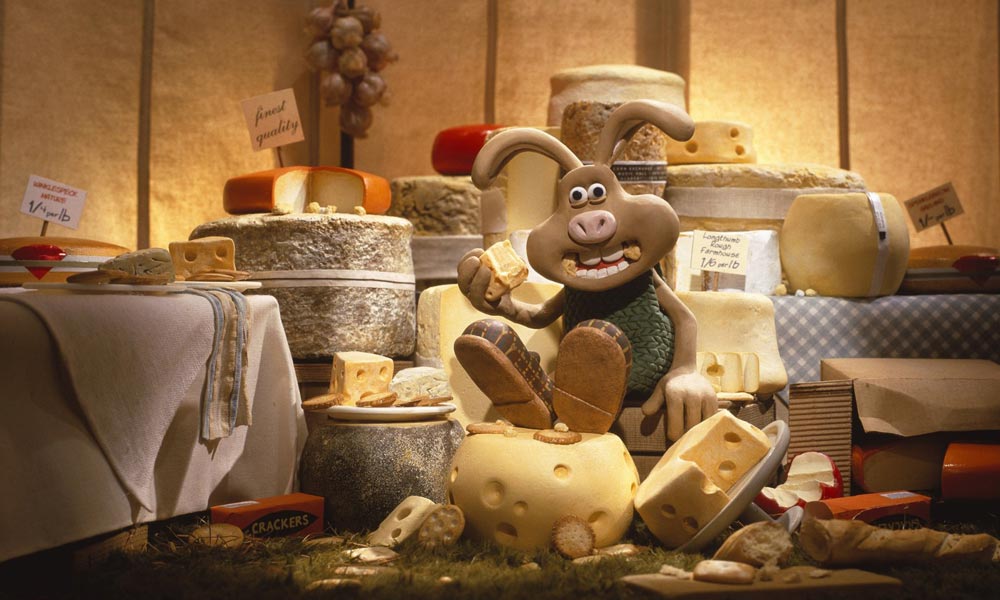 Lady and the Tramp

Another animated classic, with a classic dish thrown in for good measure – who could forget Lady and the Tramp sharing a mutual strand of spaghetti… the romance of it all! Not only will does this scene want to make us run out and eat bowlfuls of Spaghetti Meatballs it also makes us want to go out and rescue all the dogs. Romance, Italian food and cute pups, it’s a trifecta for success. 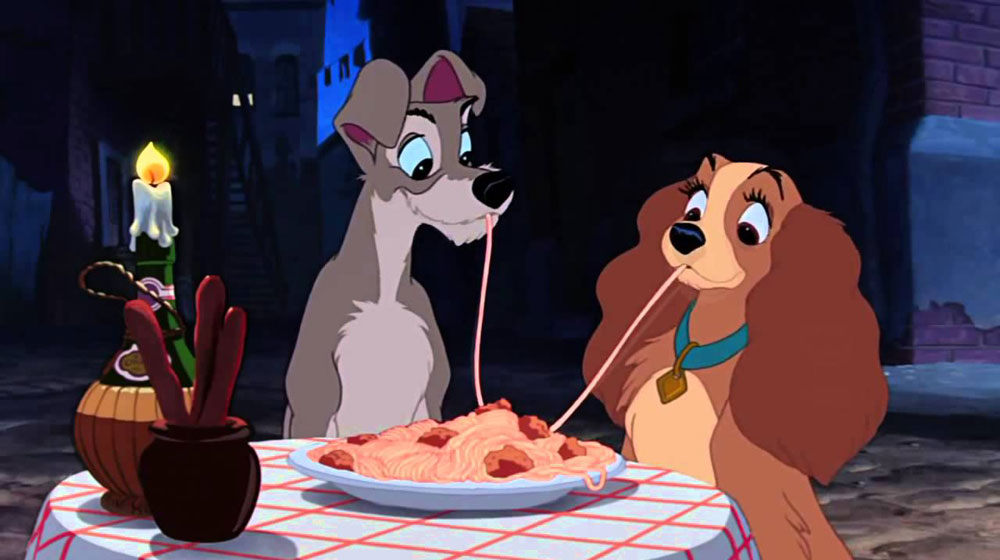 The Hundred-Foot Journey is one of our all-time favourite foodie movies. It’s a visually stunning tale of the collision of two cultures and cuisines. French chic meets Indian spice and the result is both comedic and dramatic, with a dose of beautiful ingredients and dishes thrown in for good measure. You’ll almost be able to smell the tandoori oven in your lounge.

Helen Mirren is convincing as a stuffy French restauranteur who comes up against competition when an Indian family moves in across the road and open up shop.  If the vistas of stunning French countryside don’t make you want to pack up and move to France, we don’t know what will. 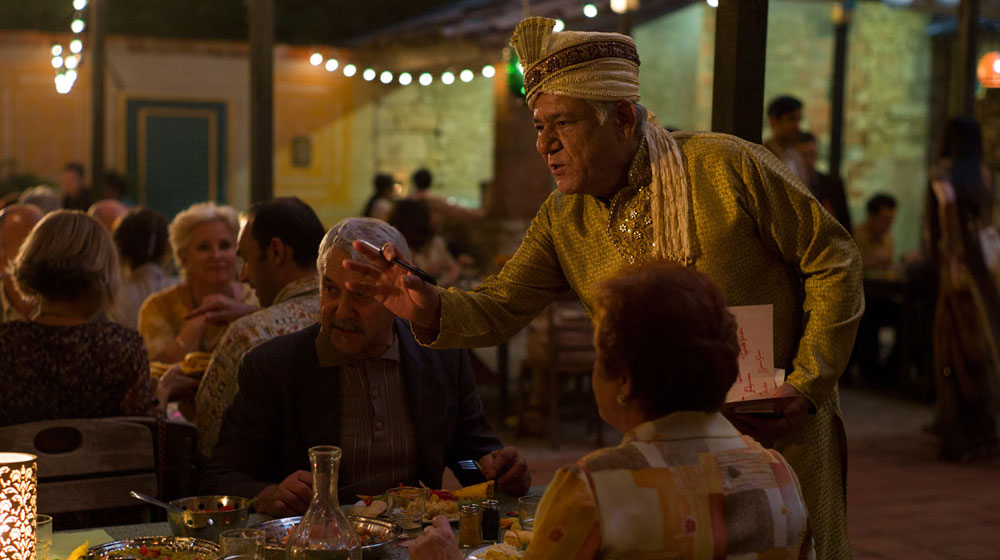 Dedicated entirely to food, this flick is about a determined rat who follows his dreams to become a Michelin-starred chef – Ratatouille is hard not to like. We especially loved the scene where mean food critic Anton Ego is transported back to his childhood memories when he eats Ratatouille’s ratatouille. This If you love a heartwarming story then this one will definitely become one of your go-to foodie movies. 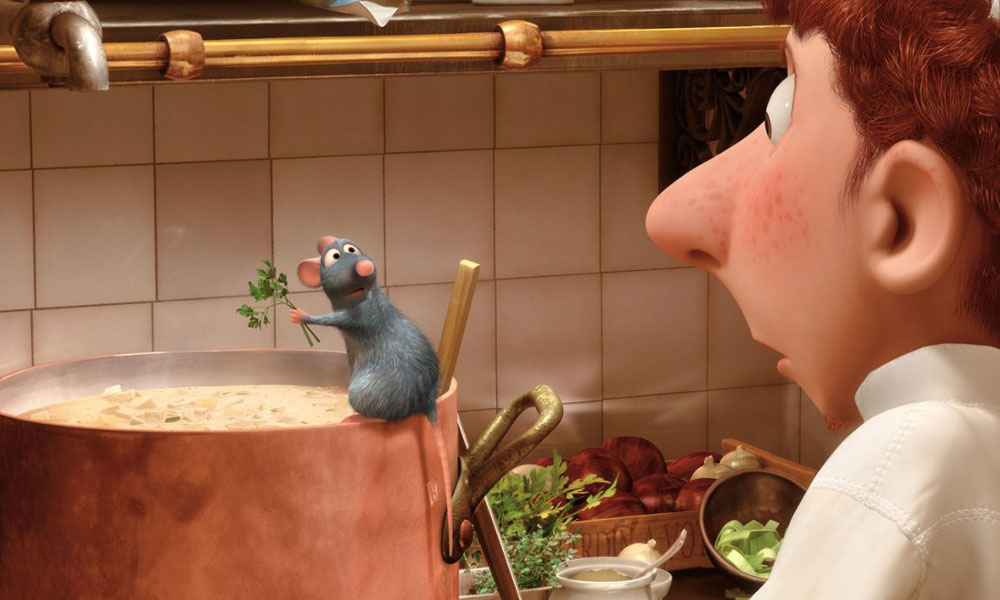 Charlie and The Chocolate Factory (2005)

This remake of the Roald Dahl classic book is weird and wonderful from start to finish and has no shortage of stellar food scenes. The Land of Candy scene, with a river of melted chocolate and marshmallow trees, is certainly one of the best and will have you pausing to grab your own bag of sweets. 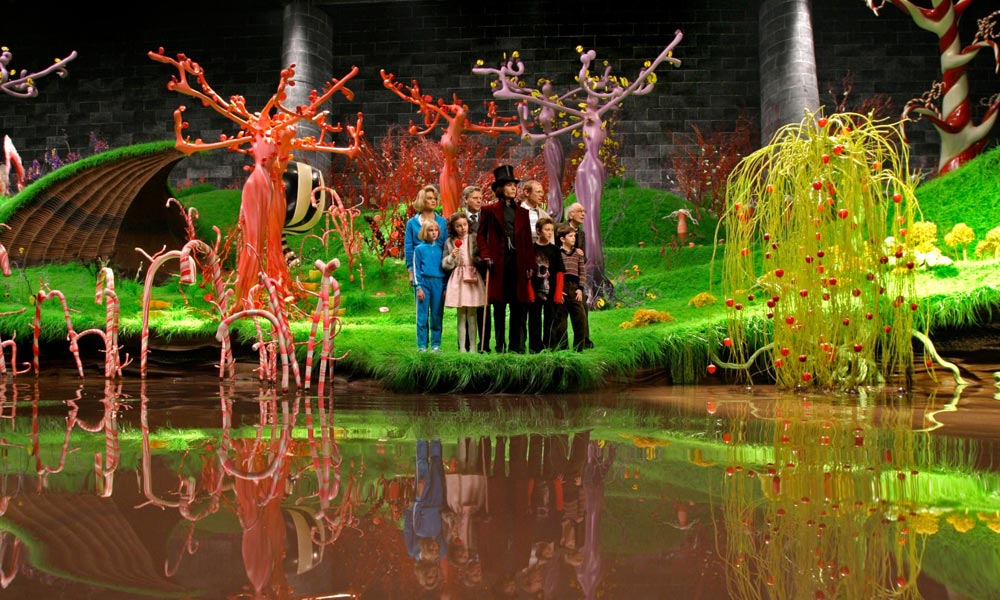 But when Carl (Jon Favreau) and Martin (John Leguizamo) make a Cubano complete with roasted pork, ham and Swiss cheese, we all had a little moment. Foodie movie gold. 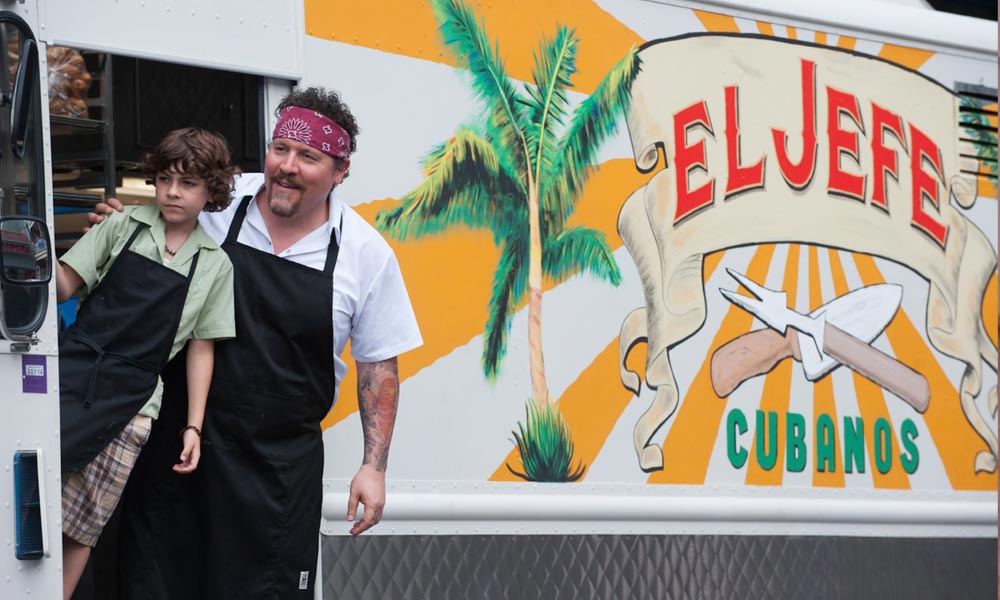 As a food lover at heart, cooking your way through Julia Child’s ‘The Art of French Cookery’ seems like a scarily good task to undertake. The movie Julie & Julia details the main character, Julie’s, attempt to do this, blogging about it as she goes. It gives great insight into one of cooking’s greatest maven’s too. A must-see for aspiring home cooks and foodie movie lovers. 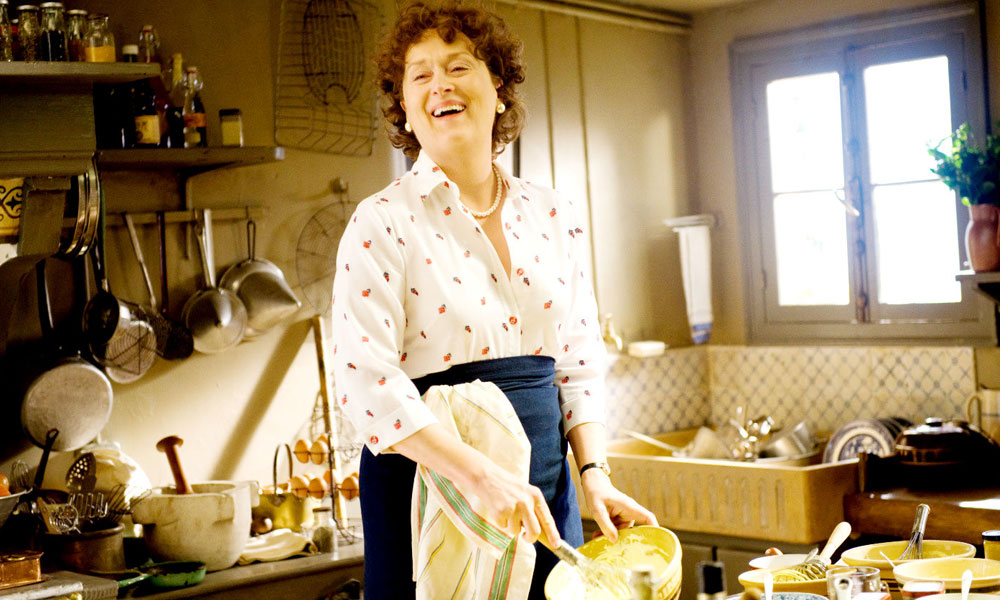 The whole movie is a sweet-tooth’s dream – especially when they zoom in on the melty chocolate. A young Johnny Depp as a gypsy who sails into town is not bad either. Chocolat is a story with a little bit of magic and a lot of delicious-looking confectionary. We also love the mystery of Juliette Binoche’s character and her French je ne sais quoi that just makes everything seem so much more effortlessly chic. 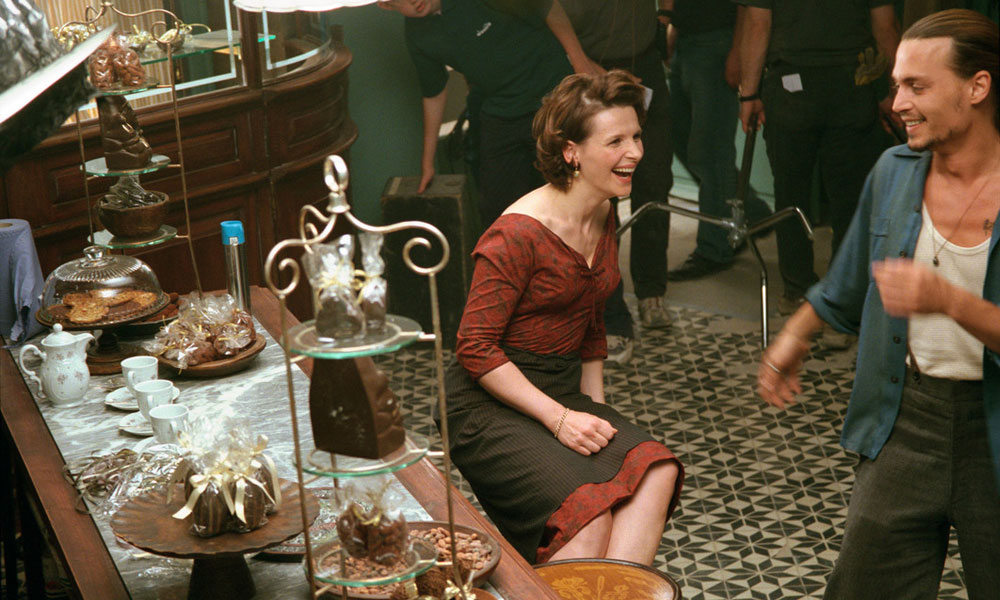 Now that you have a line up of foodie movies to enjoy, you’re going to need snacks! Check out our method for quick homemade microwave popcorn.