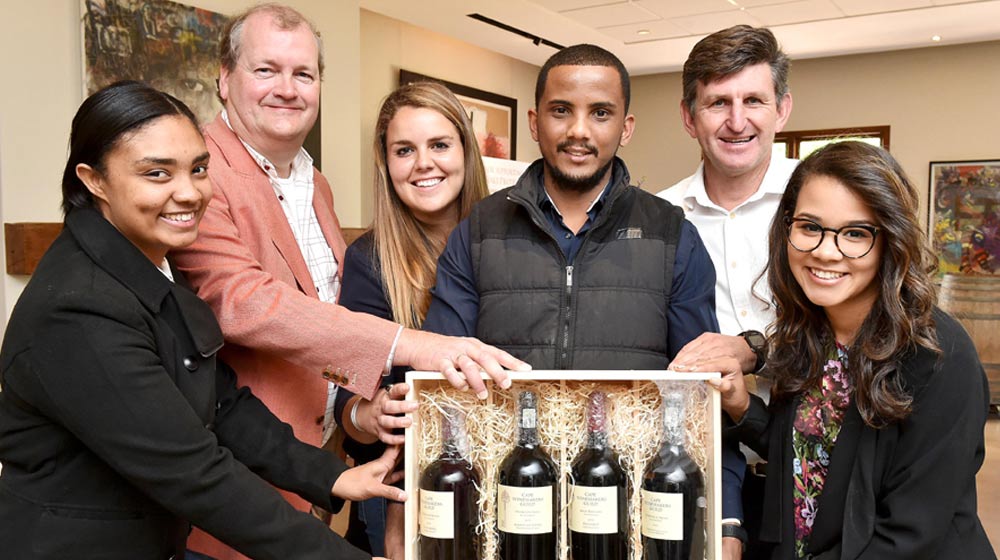 This year’s charity item, 44 magnum 1,5 litre bottles of wine from all the Guild members who had a wine on auction, was purchased for R140 000 by Ed Zeeman of Morukuru Family. In addition, the silent auction raised R282 900 on the day, pushing the total raised on Auction day to almost R48 000 more than the previous year.

Miles Mossop, Chairman of the Cape Winemakers Guild, expressed his appreciation for the goodwill shown by auction buyers in supporting the transformation of the South African wine industry:

We have been able to plough back into the industry by raising over R1,9 million at various events and through our sponsors this year for the development of talented young winemakers and viticulturists through the Nedbank Cape Winemakers Guild Development Trust and our Protégé Programme.

Whilst the bulk of the funds for the Protégé Programme are raised by Guild members during charity auctions and events throughout the year as well as a substantial sponsorship from Nedbank Eyethu Community Trust, other organisations which support the programme include Amorim Cork, the Cape Cooperage Group, African Cellar Suppliers, Vinpro, Consol Glass, Hofmeyr Mills Auctioneers, Francois Naudé, De Trafford Wines, and the Hermanus Music Society.

The Cape Winemakers Guild Protégé Programme was launched in 2006 under the auspices of the Nedbank Cape Winemakers Guild Development Trust, with the goal of sustaining the health of the South African wine industry by cultivating, nurturing and empowering promising individuals to become winemakers and viticulturists of excellence.

Over the past eleven years, a total of 24 protégés have come through the ranks, honing their skills while enjoying the rare opportunity of working with masters in the industry. To date, no less than 14 former protégés are pursuing promising careers in the wine industry – from private wine estates to larger corporate wine companies or related businesses.