If you ask anyone over the age of thirty about their first Mitchell’s beer, you’re likely to evoke a wistful look and maybe even a misty eye. After which they’ll probably launch into the question, “Do you remember it came in those 2 litre plastic bottles?” while indicating the bottle size with their hands. Yes, Mitchell’s has a special place in hoppy hearts of South African craft beer drinkers. It’s the original and with a shiny new brewery on Knysna’s lagoon, it’s out to give the up-and- coming whippersnappers a lesson in craft brewing. 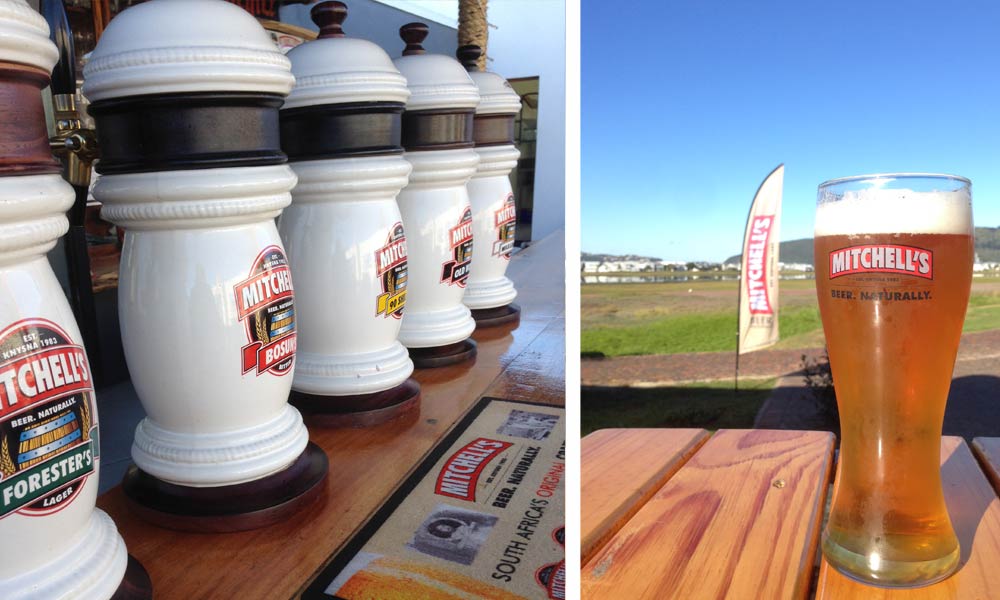 Mitchell’s was opened in 1983 by founder, Lex Mitchell (ex-SAB) at Thesen House. His first two brews were Forester’s and Bosun’s – names inspired by two of Knysna’s first industries, forestry and a port. The beers were only available in Knysna and the locals took to them like a hophead to an IPA (India Pale Ale). Demand soon outstripped production and Lex moved the brewery to a larger premise in the industrial area

It was around this time that Lex met a young man named Dave McRae. Dave was in town to celebrate his 21st birthday and ordered a keg of Forester’s from Mitchell’s. For Dave is was love at first sip and as they say, the rest is history. Dave has been the brewmaster for thirty years now and he’s still as thirsty and passionate about beer as he’s ever been. His signature is on every bottle of beer, and his sense of pride is as tangible as the Bosun’s I’m drinking while writing this.

Mitchell’s have come a long way since those early days. They’ve moved into their state-of-the-art brewery complete with a beer garden, and probably the best view in the country. To use Dave’s own words, “it’s been a lot a hard graft to get here”, but the results speak for themselves. They’ve increased production from one million litres to 2.5 million litres per year, and brew seven beers: Forester’s, Bosun’s, Ninety Shilling, Raven Stout, Old Wobbly, Milk & Honey and Millwood.

I recently spent a few days in Knysna over oyster festival, which means I spent a lot of time at Mitchell’s. The passionate team are more family than employees and the place is full of characters and laughs. Mike the chef is a top guy and when he’s not in the kitchen whipping up tasty chow, he’s at the bar chatting with the locals. It’s hard not to fall in love with the place while you’re sipping on a pint admiring the lagoon view. 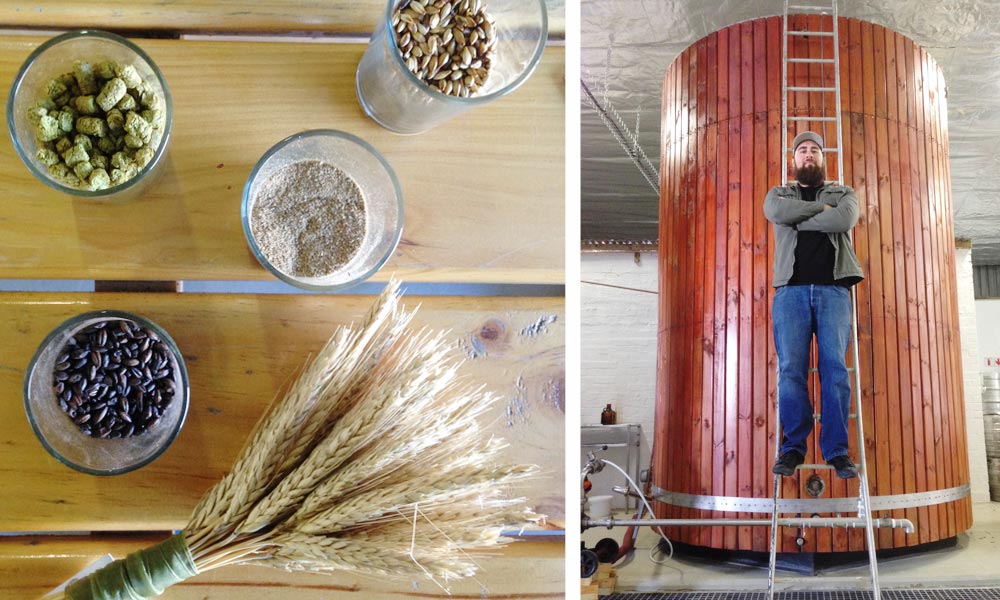 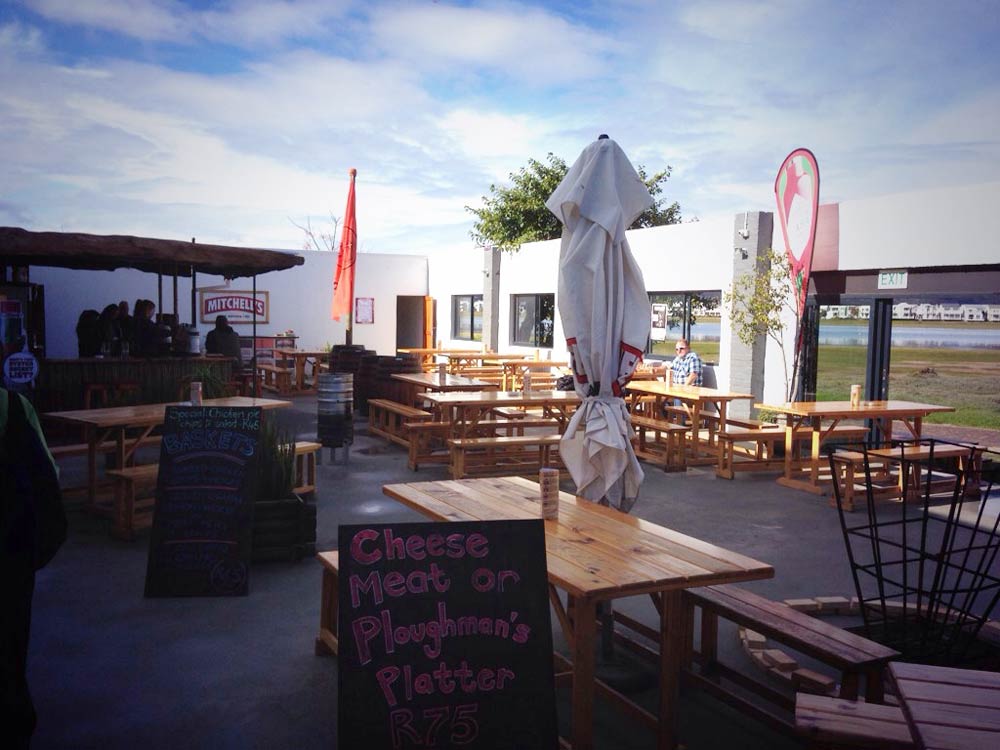 If I had to put it down to one thing that’s made Mitchell’s a success, it’s consistency. The beers have been consistently good since the beginning, and in the craft beer universe, consistency is king. I have no doubt that the new venue is going to become a Knysna institution faster than you can open a beer. Ah, all this talk of open beers, is anyone else really thirsty right now? 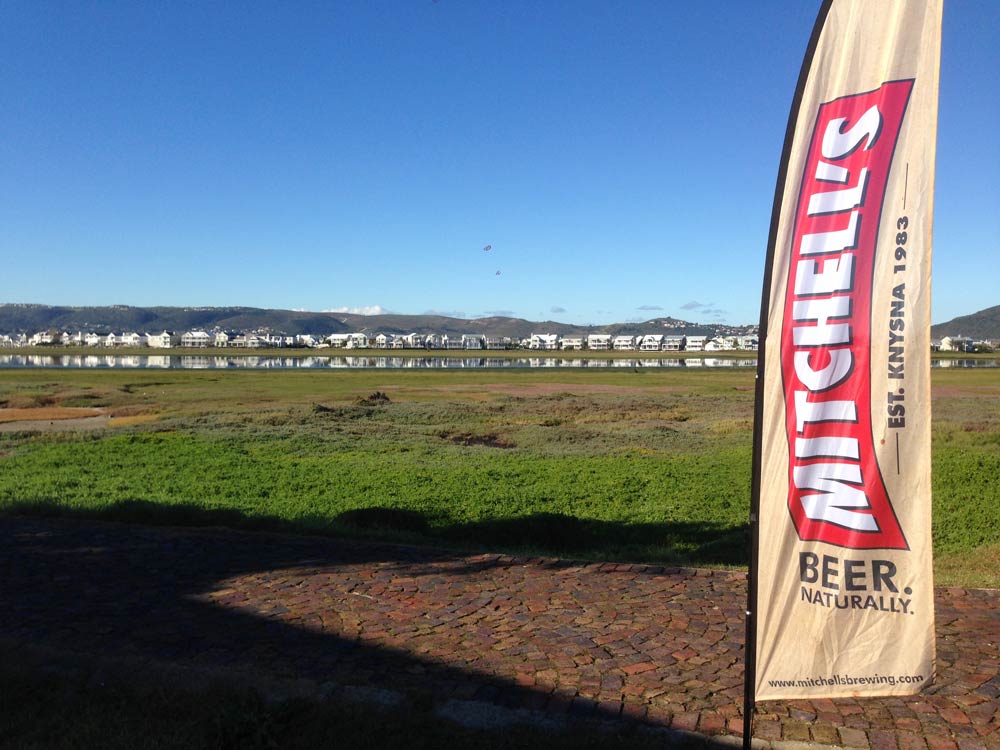