Meet Garth Tavares, former carnivore turned vegan. He tells us about his lifestyle change and how it has impacted his health, fitness and conscience.

Like most South Africans, you grew up with a diet that is quite meat-centric; can you tell us what made you change tack?

Up to the point that I became vegan, I had little to no connection to the vegan community and had not ever been exposed to any of the “hard-hitting” vegan documentaries that are so widely circulated these days. I simply woke up and went off red meat, assuming it was my body’s way of saying, “Take a break pal!”.

Two weeks later the thought of eating chicken repulsed me, and next was fish. It wasn’t long before the smell of eggs put me off too. I can only put this down to some sort of shift in consciousness, as it was at that point that I started investigating what it meant to live a vegan lifestyle and was horrified when I discovered what I had been doing to myself, the animals that I said I “loved” and the planet.

What has been the biggest revelation for you as a meat-eater converting to a vegan lifestyle?

That I simply don’t need meat, dairy or eggs to live a happy, healthy and cruelty-free life. I have been vegan for three years now and have never been healthier – in heart, body and mind. 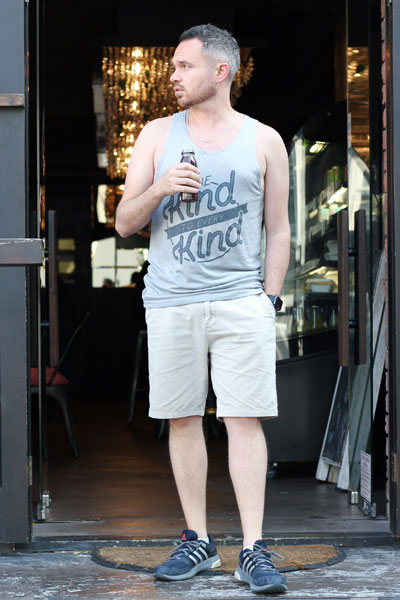 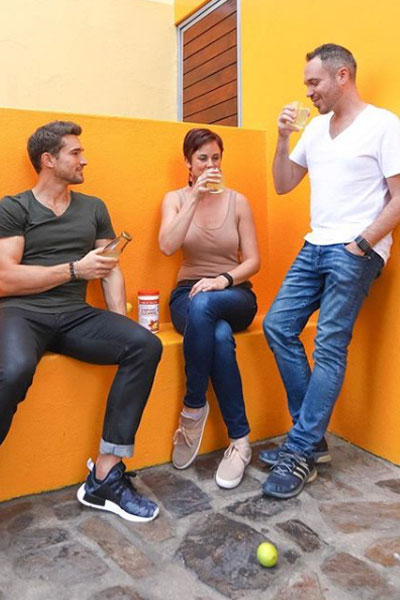 Did you find the change quite easy? What challenges did you face?

I’m not going to sugarcoat it: NO. But simply because I lacked the knowledge and support I needed to make the transition smoothly. Three years later the vegan resources in South Africa are in abundance both online (Facebook, YouTube, Instagram and Twitter) and in the form of products, eateries offering vegan options and support in terms of community.

Do you feel that South Africa is becoming more vegan conscious – in terms of products available, information available and offerings at restaurants etc?

ABSOLUTELY. I began trying to document every eatery that offered vegan options in and around the Western Cape, which was easy three years ago. These days if I don’t commit to updating my website every week, I fall way behind on what is available to consumers. On that note, it is incredible to see companies such as Checkers and Woolworths jump on the vegan trend. Regardless of what their motives are, it’s definitely making a difference in terms of accessibility.

Do you get strange reactions from people when you say you are vegan? How do you handle this?

Do you know what (and this may surprise you): I don’t! I think this largely has to do with the fact that I am so comfortable and at ease with my lifestyle choice and never apologise for it, that this immediately puts people at ease. If anything, the questions come flooding in and if I’m met with any defensiveness I change the subject swiftly as I realise not everyone is ready or willing to listen.

Not everyone would find it easy to change to veganism overnight, would advice would you give to someone considering this?

First get your facts straight. Know what you are getting yourself into and understand that like ANYTHING in life, it takes time to adjust to any major lifestyle change. Your body needs to adapt, your mindset needs to shift and you need to remember – once you’ve been doing it for a long time, like I have, it becomes the easiest thing in the world. I never worry or stress about food, cooking, shopping or eating out, ever!

Do you think there is merit in people committing to eating less animal products or are you staunchly pro going full vegan?

Tough question to answer and I’m afraid there isn’t one answer that is going to make anyone happy really. I think it has a LOT to do with personal circumstances, which makes it a very grey area. I want to say people MUST go vegan and that’s all there is to it. How do you diminish the value of a 13-year old who’s parents force her to eat meat at home, but when she is with friends or is alone makes plant-based choices. I am of the belief that ANY shift towards leading a more plant-based life is a more positive one.

Abolitionist vegans would wholeheartedly disagree with that statement – and I agree to a certain extent: why would one want to condone the “partial” torture and murder of innocent animals. I don’t condone this at all but I have to take my hat off to folks who are genuinely trying to lead a life filled with fewer animal by-products.

In the early stages, were you surprised that some foods you looked at that would seem to be vegan-friendly were not?

Absolutely! And I made a few errors in the beginning. The vast amount of foods that contain bovine gelatine or wines that contain isinglass (the dried bladders of fish) or potato chips that contained milk horrified me.

You are on a fitness mission; can you help us unpack the theory that you need animal protein to build muscle and train effectively?

All you need to do is look at athletes/sportsmen/women such as Lewis Hamilton, Venus Williams, Scott Jurek, and so many more who are footballers, boxers, bodybuilders, snowboarders, weightlifters, etc. to see that these stars are all onto something here! And young athletes are following suit as they look up to these role models. 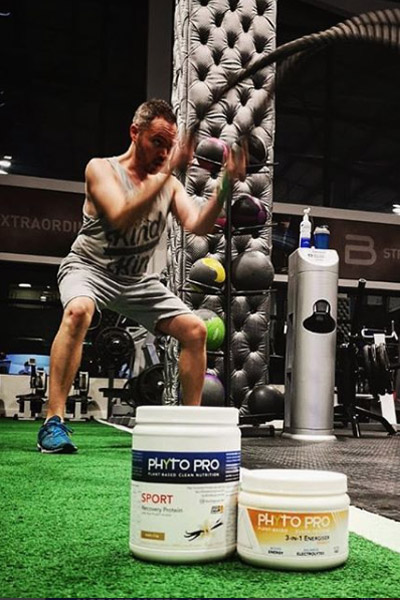 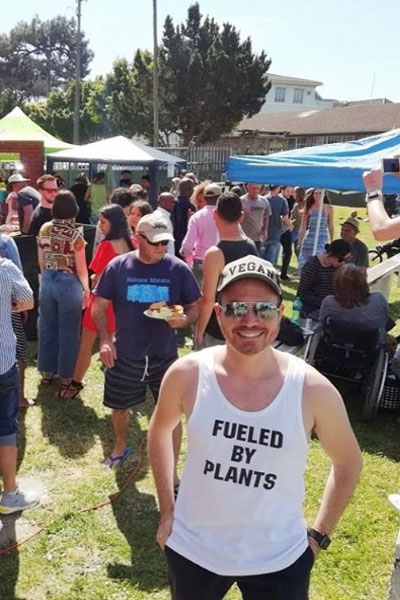 I would argue that its more of a myth that a theory: the scientific evidence is pouring in and various studies (such as the T. Colin Campbell “The China Study”) are trying to dispel this myth. Check out our myth-busting piece on protein for vegans.

Have you felt a difference in your training/fitness regime with this diet?

Absolutely! The biggest difference is weightloss and muscle growth. I have genuinely experienced more of a shift in how my body adapts to exercise on a plant-based diet. 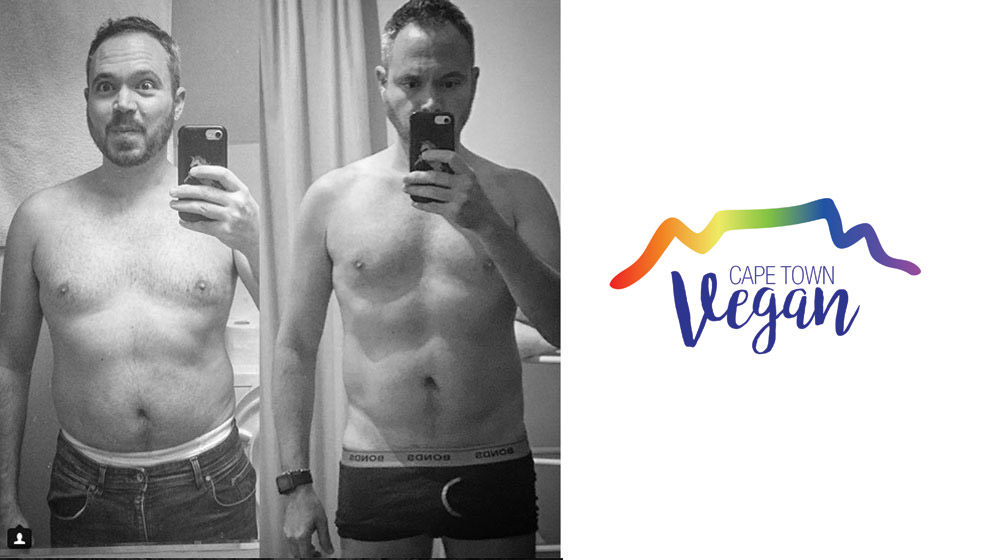 What excites you most about a vegan lifestyle and what would you most want someone not familiar with the lifestyle to know about it?

I feel like I am part of something really incredible: a journey that has connected me with like-minded, healthy, passionate and compassionate individuals who are all wanting to make a difference to the planet, to the welfare of animals and ultimately to their health and wellbeing.

I want everyone to know that you NEVER have to go without on a vegan diet. For example, you can still have cheesecake, chocolate, burgers, pizzas or pies on a vegan diet. These days there are vegan alternatives for EVERYTHING including ribs and boerewors! 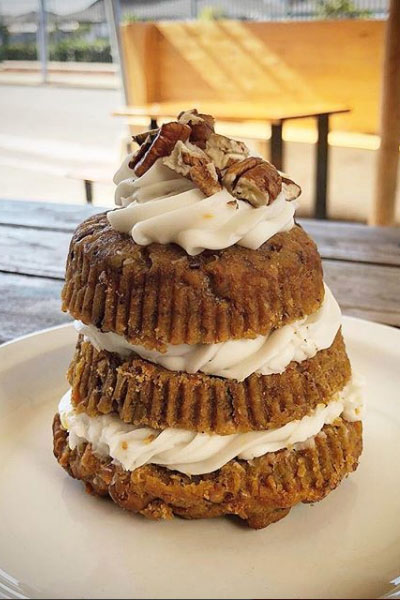 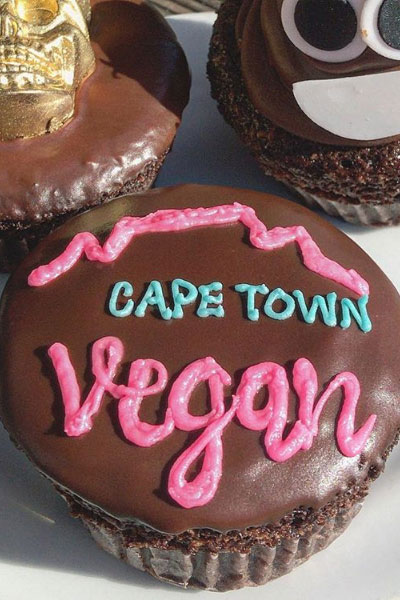 What are some of the health benefits/changes that you have noticed in yourself?

I’ll give you one that for me is the biggest change: I used to get a cold 4-5 times a year from a weakened immune system. I have had a cold three times in three years (i.e. once a year) and every time it has lasted for a day. That’s saying something.