The foodie scene in Somerset West is taking flight as increasing volumes of young, trendy and food-centric individuals are visiting and inhabiting these parts. Not-so-new Nom Nom Eatery, part of the Benguela Cove Collection, has revamped their menu with fresh, tasty and tapas-style offerings which we took a trip outside of Cape Town to check out. 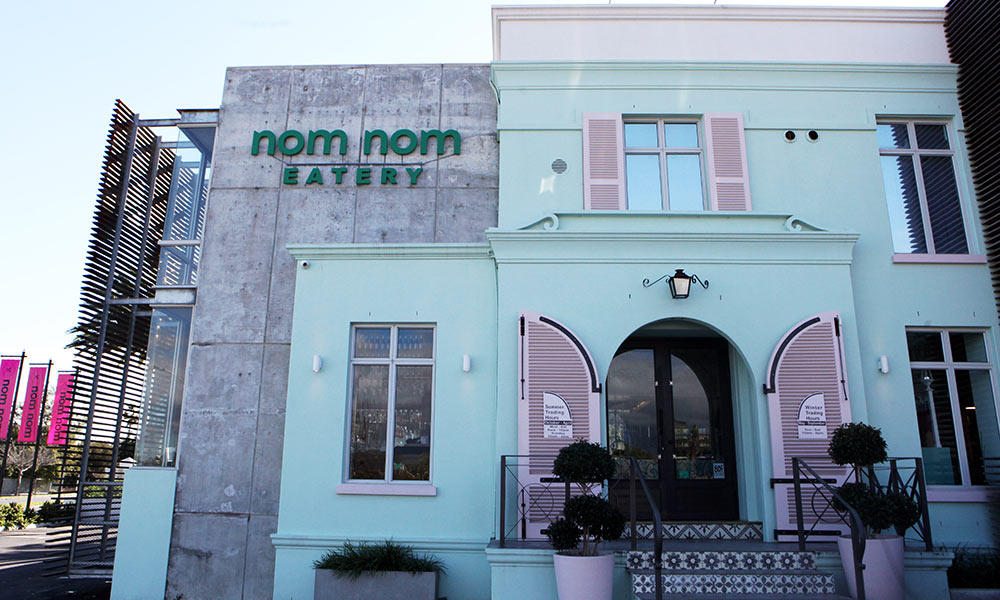 A look inside Nom Nom eatery

Situated on Main Road Somerset West, Nom Nom Eatery exudes a sense of playfulness with its pastel bubblegum colour-scheme. Blue and white awnings line one face of the exterior giving the restaurant a street-side bistro feel.

On the other side, the entrance into Nom Nom Eatery leads you up a short flight of beautifully tiled stairs and through large pink doors that almost beg patrons to pose outside for a picture.

The interior is similarly decorated in soft, playful hues of pink and blue with splashes of colour from the eye-popping carpets, colourful paintings and copper-coloured light fittings. The seating is comprised of loungers, plush banquets and colourful Parisian-style wicker chairs.

It’s basically something out of a movie scene – and they even have tripod light stands to set the scene. 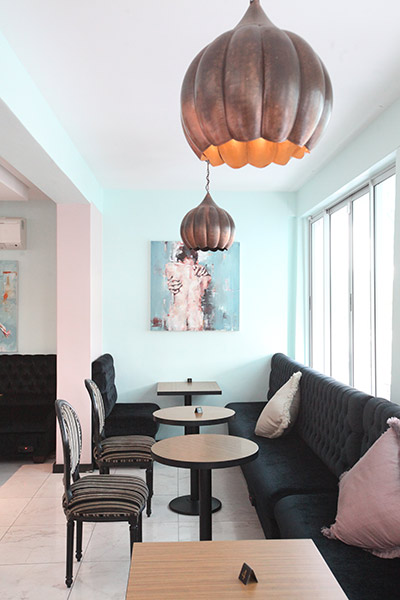 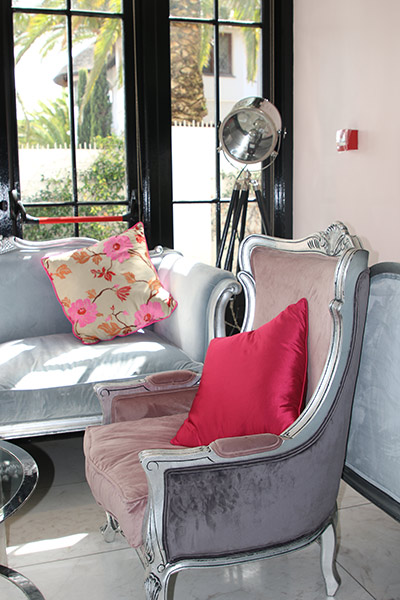 What’s on the Menu

The Nom Nom Eatery menu offers a variety of options including tapas, seafood, meat dishes, platters, sushi and desserts. My partner and I, spoilt for choice, opted to sample an assortment of tapas and sushi to share, instead of ordering two main meals.

To start, we ordered six West Coast oysters accompanied by beetroot pickled onions, which provided a delightful bite. These were slurped up in minutes, and after that, we ordered a couple plates from the tapas and sushi menu.

The oysters were fresh, plump and seaside-sublime, as if they were served straight from the ocean onto our plates. 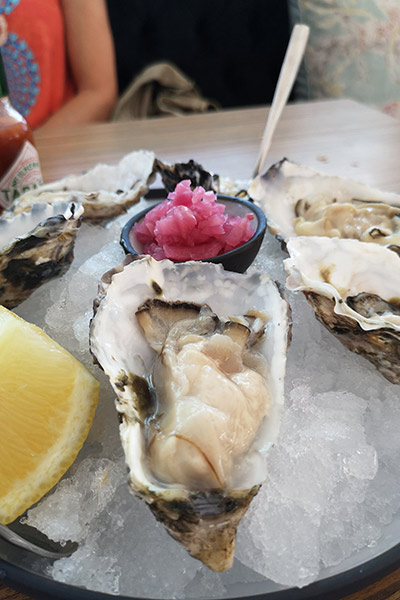 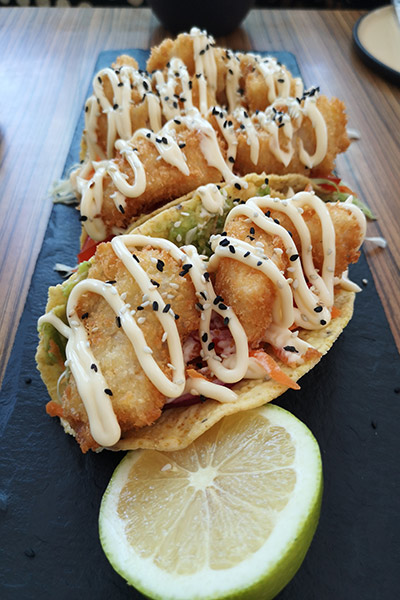 Our first round of plates consisted of gorgeously golden Kataifi Prawns, Squid Heads and the Raw Fish Bowl (poke bowl). The standout dish here was undoubtedly the Kataifi Prawns – succulent, juicy prawns, encased in delicate and crispy kataifi pastry is really the stuff dreams are made of.

Our fish tacos and volcano rolls arrived as our final round of dishes for the afternoon, of which the tacos were noteworthy. The crispy taco shells are assembled with shredded veg, avo and golden fried hake topped with sesame seeds and Japanese mayo. 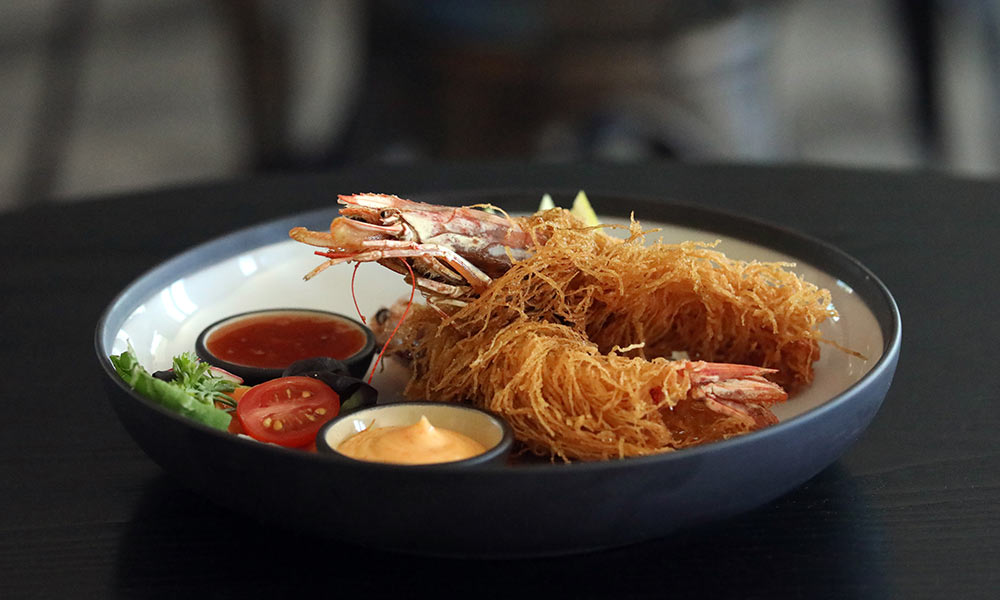 As part of the Benguela Cove Collection, Nom Nom Eatery offers an array of Benguela Cove wines, which are also on display in the front of the restaurant. They also serve a number of tasty cocktails, of which we sampled the delicious granadilla gin, as well as your standard spirits and soft drinks. 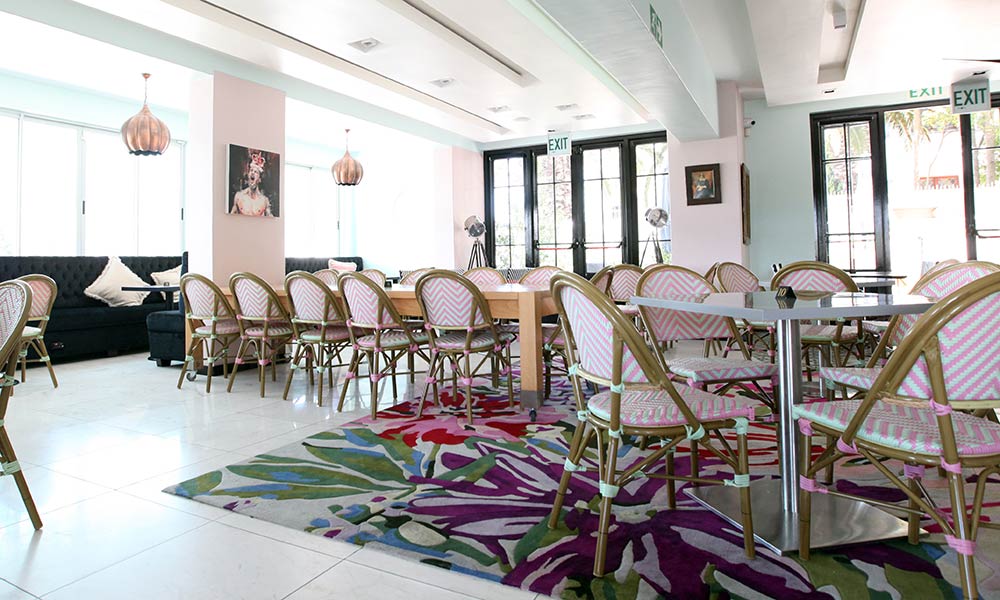 Nom Nom Eatery will be hosting live musicians weekly and offer a number of specials throughout the week including half-price sushi on Wednesdays and half-price cocktails on Thursdays. They also offer the dining space upstairs for events free of charge.

The upstairs space is beautifully decorated in subtle, earthy colours. Here, you’ll also find an impressive walk-in wine cellar which too can accommodate seating of people if requested.

Whether you’re looking to have a catch up with friends over lunch or impress your date with some plates to share over dinner – Nom Nom Eatery is the perfect location for all occasions.