South Africa is producing some of the best olive oil available and this was confirmed at the annual SA Olive awards ceremony held last night.  Eighty-one locally produced extra virgin olive oils (EVOOs) received medals in recognition of their quality and excellence. We recognise and applaud SA’s Top Extra Virgin Olive Oils for 2019.

The total of 93 oils, the same count as in 2018, entered into the 2019 SA Olive awards is proof of South African olive oil producers’ tenacity to make things work no matter the circumstances.

A knack for innovating and a modern approach to making olive oil have once again pulled the SA olive oil industry through a season of challenging climatic conditions. The knock-on effect of the drought and the varying temperatures during the fruit set period did not dampen the industry’s spirit, or lower the overall quality of the 2019 awards’ entries.

Chairman of SA Olive, Nick Wilkinson, confirmed the challenges the industry faced this year and added that ‘even against the backdrop of these challenges, we still made world-class oils deserving of the international accolades they receive’. 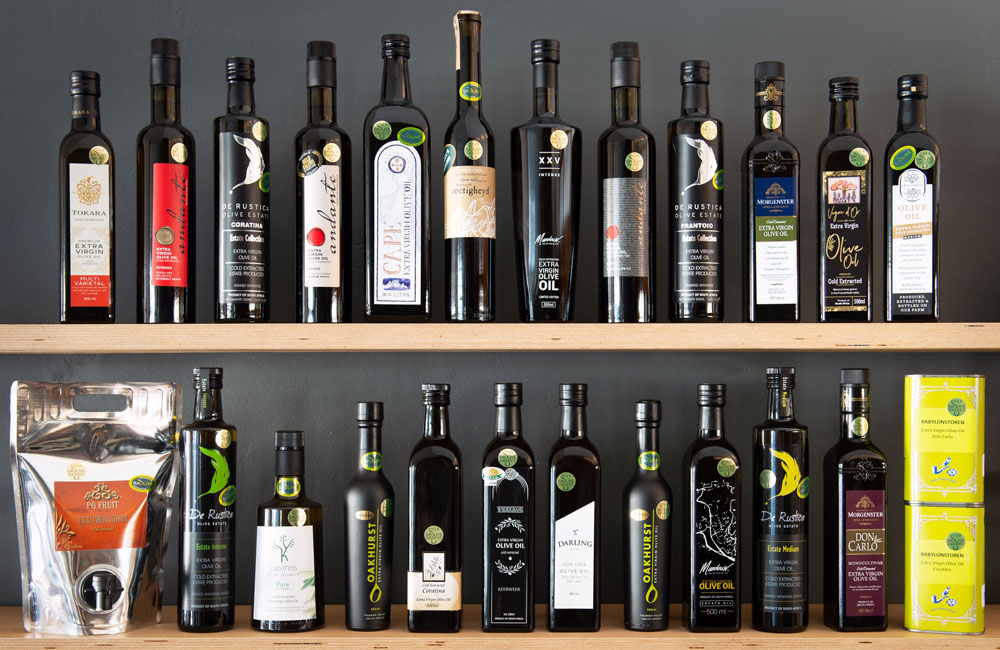 As they say, the proof is in the pudding, and both the local and international tasting judges praised the quality of the EVOOs entered into the competition. Second-time judge for the competition, José Mingo from Chile, remarked on the unique fresh-cut grass and wild herb qualities of the South African EVOOs.

‘South African producers can comfortably market their oils internationally with these distinctive flavour profiles as an element of differentiation in the market,’ José Mingo.

For panel leader, Müge Nebioğlu, it was her first introduction to such a vast array of South African EVOOs. Müge commented ‘The judging was an incredible experience and the oils were excellent. SA producers are very knowledgeable and their use of modern technology produces very good oils’.

The judges also commented on the effect of the continued drought on the quality of SA’s EVOOs and the fact that it has by and large not had a negative impact yet.

The gold medallists in the delicate EVOO category

Gold in the medium EVOO category 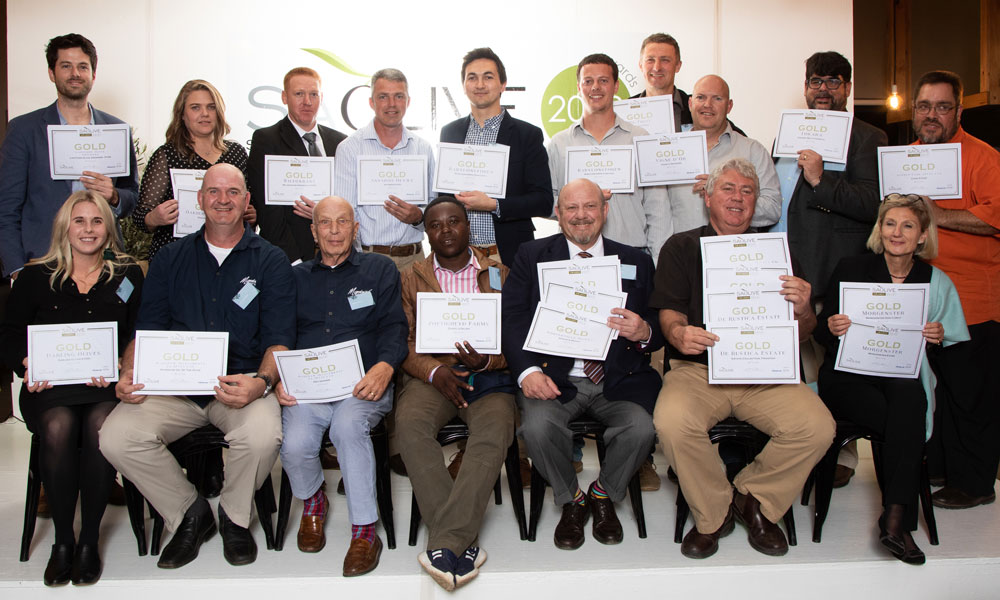 See the full lists of silver and bronze winners.

Do you know the difference between Extra Virgin Olive Oil and other oil varieties? We tell you right here.

Leading up to the SA Olive Awards

Once again the SA Olive awards tasting panel was a mix of local and international judges. There were also two new faces on the panel, Theresa Louw and Mare Groenewald. Louise Rabie returned after a two-year absence and was joined by international judges, Müge Nebioğlu (Turkey) José Mingo (Chile), and Pablo Canamasas (Argentina). Completing the South African contingency were stalwarts of the olive oil community, Reni Hildenbrand and Benedetta Lami.

Oils were individually blind tasted and rated over a period of four days. Blue hued glasses, shaped to create the best sensory experience, were used in an environment that was temperature-controlled, as well as devoid as possible of any interfering environmental factors. Read more about tasting olive oil here.

All participating oils were locally produced by SA Olive members.

The top accolade in the SA Olive mentorship programme, the Mentorship Award, went to Piet Visser from Olyfberg. Piet’s direct supervisor at Olyfberg, André Lourens, commented that ‘Piet grew up in front of us and it’s been incredible to watch him develop from a shy boy into the confident man he is now’.

A special mention was also made during the Mentorship awards of Martha Klaas, a team leader from Waverley Hills. The SA Olive mentorship programme is in its twelfth year of developing and nurturing young talent in the olive industry.

SA Olive would like to their sponsors, Mori-Tem Oliomio and Pieralisi, for helping them make the SA Olive awards a world-class event.