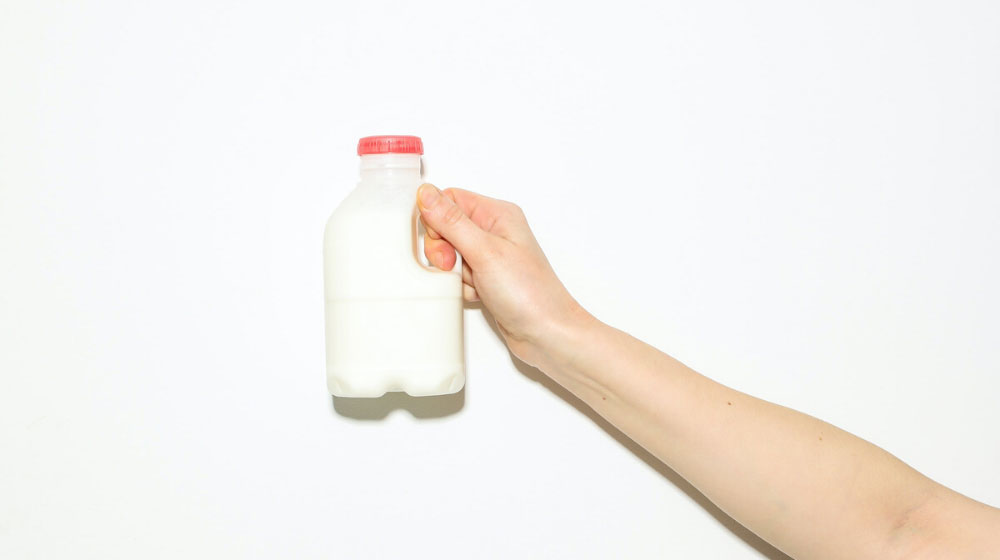 Milk alternatives are (thankfully) becoming a part of the mainstream offering at most restaurants and cafes. More people are steering away from cow’s milk for various reasons — dietary, political or personal preference. You’ll be hard-pressed to find a cafe, especially in Cape Town, that doesn’t offer a myriad of milk alternatives, because if they don’t, they’re losing out.

One thing to note before we dive into the various milk alternatives is nutritional value. Some of these milk alternatives can be sneaky sources of added sugar and vegetable or sunflower oils, it’s always important to check the label to see if there are as few ingredients as possible. The more ingredients, the more room for added sugars and saturated fat (not great). There should be at least 7-10g of protein per serving and as much nutrients as possible, you want your omega-3’s, vitamin D, calcium and so on. 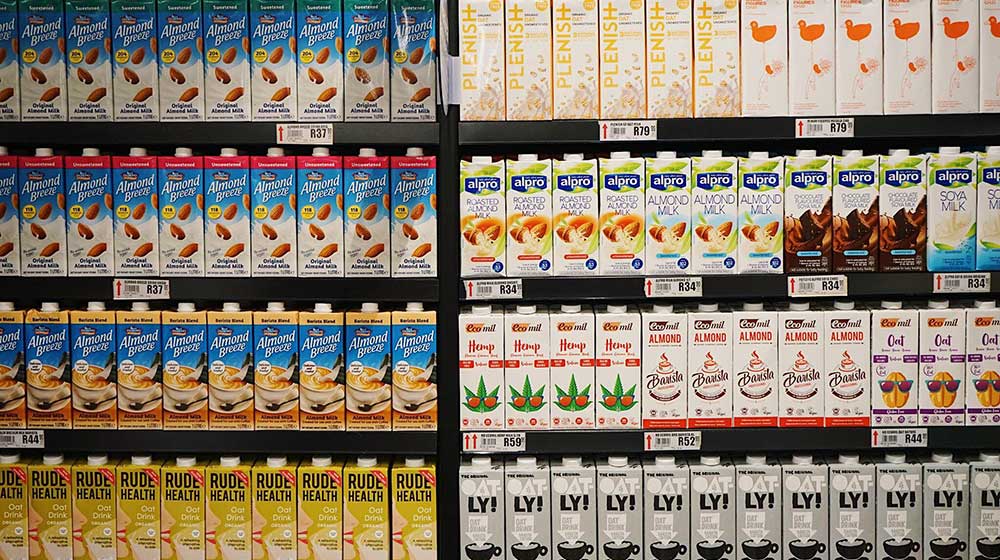 This is the newest alternative milk favourite. At least here in Cape Town. Oat milk’s taste profile is more subtle than let’s say a soy milk option. It also contains a lot of fiber which can make you feel full for longer. However, it is quite calorie dense and has a low protein count. It’s a great option for those who have a nut allergy. It’s also pretty climate-friendly in that it has a low count of greenhouse gas emissions, in fact about 80% lower than for cow’s milk.

This milk alternative has been around for ages, and you can even make your own soy milk at home. Soy milk has about seven to eight grams of protein from soybeans per serving. This type of “milk” is filled with nutritional value but the key is to buy unsweetened varieties.

Another thing to keep in mind when buying soy milk is its environmental impact. It’s better to buy an organic soy milk option, because like almond milk, soy milk encourages monoculture, which as we know can have a negative impact on the environment.

Arguably the most controversial of milk alternatives. Almond milk is the lowest in calorie count making it the most appealing, since it’s mostly made from almonds and water. However, the protein content isn’t that high which is vital for daily macros. The water usage is another problem, almost all almond milk production comes from California and they have a massive drought issue. Moreover almond milk production is one of the reasons why the bee population is dwindling at such a rapid pace.

Part of the nut milk family. This milk alternative has a pretty high fat content compared to other milk alternatives but is quite low in calories. However it is high in vitamin B1 and magnesium which does wonder for your health. Stay away from this “milk” if you have a nut allergy. When it comes to the environment, this nut milk has a lower water footprint than almond milk. Macadamias are typically grown in less water-scarce regions so if you’re trying to be eco-conscious this could be a good choice.

Not to be confused with coconut milk you buy in a can to mix in with your curries! Some people love this option for it’s almost tropical taste. Nutritionally, coconut milk may not be the best option. It’s low in calories but also low in protein count and is high in saturated fat, up to 4g per serving which is almost a quarter of your daily allowance. However, if you’re looking for an unproblematic milk alternative for the environment then this is the one. Coconut farming has a fairly low impact on the land, and water use is relatively low.

This milk alternative is relatively high in carbs, so if you’re trying to lead a banting lifestyle then this is not the best option. You should also keep in mind that because this is made from just blending rice and water the flavour profile is relatively mild, which means most versions contain added sugar. It also has a very very low protein count, 0.3-1g a serving.That being said it is fortified with vitamins and calcium. It’s also a great choice for those with nut or soy allergies.

Environmentally, rice milk is not the best. Like almond milk, it requires a lot of water to produce. It also produces more greenhouse gas emissions than any other plant milk. Nonetheless by consuming non-dairy products you are already helping minimise your impact.

You might be thinking hemp milk? Sounds iffy. But I’m here to tell you this is a great milk alternative, not only nutritionally but also environmentally. The taste may not appeal to some people because of its slightly bitter taste but there are ways of circumventing that. Hemp milk is made by blending hulled hemp seeds with water, and packs magnesium, vitamin D, and calcium. This milk is a great source of fatty acids that will help with your skin and your cardiovascular health.

This milk might be the most eco-friendly on this list. Hemp fields are helping fight global warming by filtering out carbon dioxide from the atmosphere. Science! Also, less water is used to grow and produce than other plant milks.

If you don’t have a legume allergy then pea milk is a great milk alternative. Pea milk is made from pea protein isolate, water, and other emulsifiers. This “milk” has about the same amount of calcium and omega-3s that dairy milk has. Especially if you buy the unsweetened version, there will be less sugar to worry about. It has about eight grams of protein per glass which is great for your daily macros.

The best part is that pea milk is environmentally friendly. Producing pea milk doesn’t require nearly as much water as its almond milk counterpart, six times less in fact. Moreover peas can be easily rotated by farmers, naturally fixing nitrogen in soil and can help reduce the need for artificial fertilisers.

In conclusion, when trying to buy a healthier milk option to dairy milk, always look at the back for the nutritional information. If you see a high content of sugar or oil (vegetable or sunflower) maybe opt for a unsweetened or organic version. Of course, there are other milk variations available out there including flax, peanut, cashew, and walnut milk. As the popularity of using milk alternatives grows, I’m sure we will see these options readily available in South Africa. But for now, we still have a wide range of options to choose from.