Different Types Of Pastry Plus Recipes

Flour, butter and water are the staple ingredients for creating one of the most magical baking bases in the world — pastry. No matter the dish, pastry has been adored throughout the ages. From housing the legendary Cornish pasty, to its more esteemed repertoire in being the base of some of the best French pastries in the world, it’s the stuff of legends. We have a serious thing for all types of pastry in all their deliciously crispy, flaky forms. We look at the different types of pastry that exist and how they are used to make our delish pastry favourites. 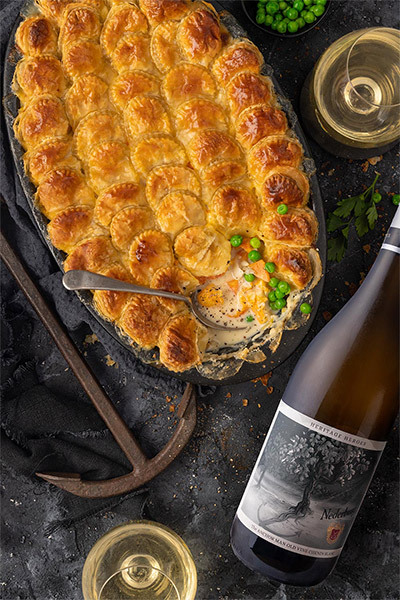 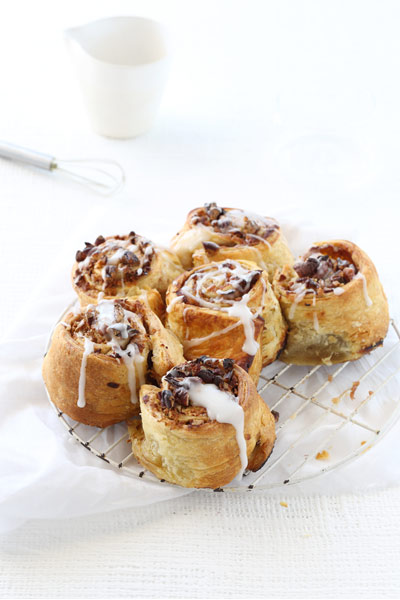 Not to be confused with puff pastry — rough puff pastry, is a light, unleavened dough that resembles puff pastry once baked. It relies on large lumps of shortening (fat) throughout the pastry that keeps the rolled particles of dough separate from each other. This results in a light flaky pastry distinct from puff pastry. This type of dough is commonly used to make sausage rolls, pasties and plaits.

Puff pastry is made with the same ingredients as shortcrust, but has a soft, flaky and pillowy exterior due to the various layers in the dough that cause it to expand or ‘puff’ when baked. Layering the dough for puff pastry is time-consuming, but the results speak for themselves. The water and butter expand and cause the pastry to rise from the steam, this creates gaps between the layers which gives it that airy texture and ‘puff’. The traditional croissant is made similarly to puff pastry with the addition of yeast and milk. 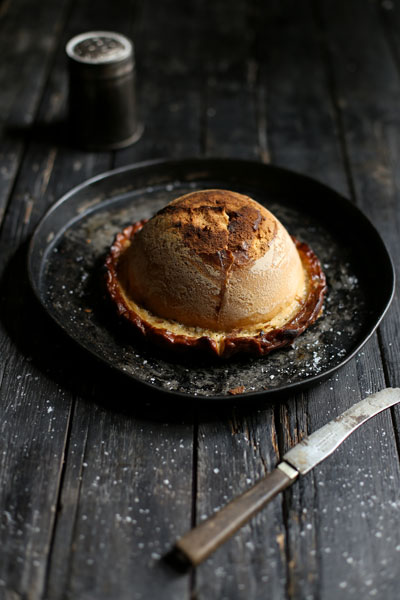 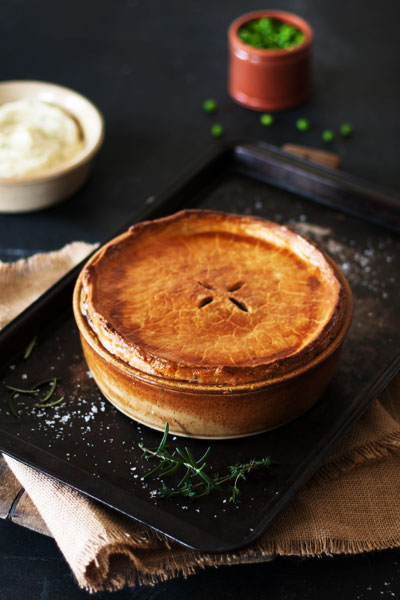 Suet has been used to make pastries for centuries. Suet is the visceral fat found around the kidneys and loins of pigs and cows. It’s a popular choice of fat due to its unobtrusive flavour and the richness it adds to meals. If you’re a bird-lover, you may be familiar with this ingredient, as it’s used to bind homemade bird feed. Suet is used similarly in pastry making as a binding element in place of butter or lard.

This particular pastry is primarily used for savoury pies such as pork pies, game pies and other meaty pies that require a stronger crust to hold the dense and saucy contents. The recipe for hot water crust pastry is really in the name itself — it uses lard or butter melted into a high concentration of hot water, which makes it easier to shape the pastry. 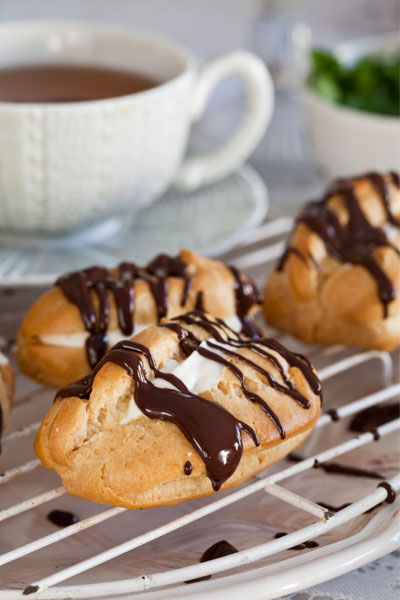 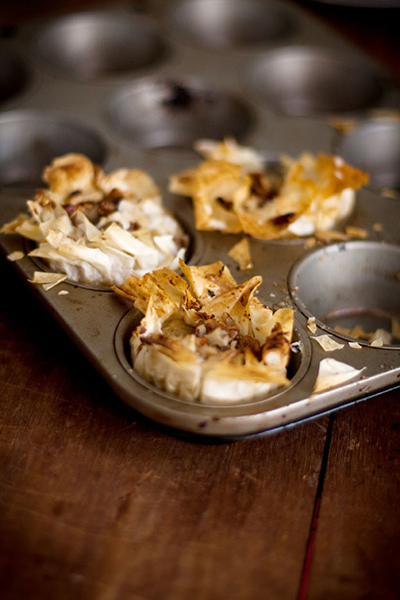 Choux pastry or pâte à choux, is a sweet French pastry that is most commonly filled with piped creams and fillings to make delicious little treats, such as éclairs and cream puffs. The pastry is made from flour, butter, water and eggs for extra richness. The basic dough is cooked over the stove and eggs are added thereafter to provide leavening.

This paper-thin type of pastry is popular in Mediterranean-style baking. Phyllo pastry (sometimes written filo) is traditionally layered and parcelled around a filling and brushed with butter before being baked in the oven. It’s generally made with flour, water, salt and a little oil. Phyllo pastry is pretty versatile and can be folded, layered, ruffled or rolled into whatever your heart desires. The most common savoury creations made with phyllo pastry are spanakopita and tiropita — sweet traditional treats include baklava. 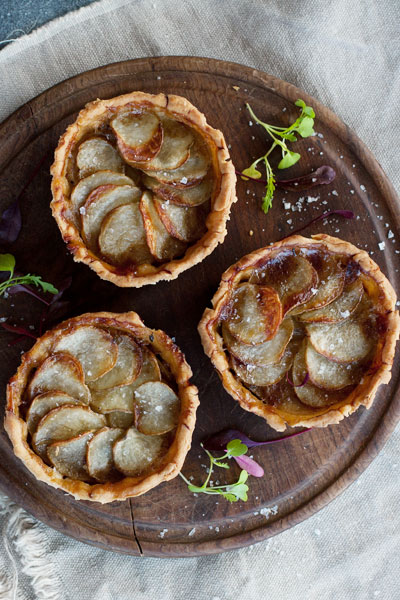 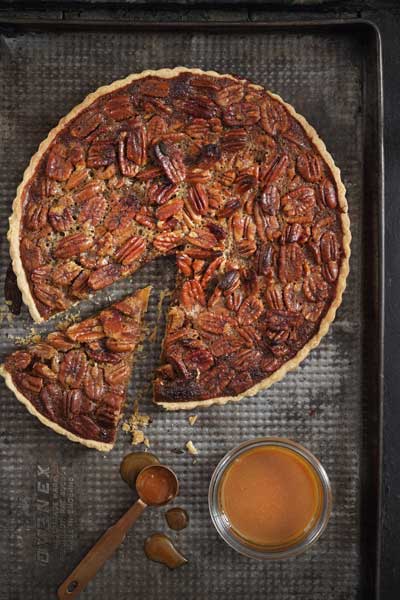 Shortcrust pastry is the OG of the pastry world. It’s known as the most versatile as it can be used in a variety of both savoury and sweet baked goodies and is probably the easiest one to make. The dough is comprised of flour, butter, salt and a little water for binding. The ingredients are combined and then lightly pressed together before being refrigerated until ready to use. The trick with shortcrust pastry is to not overwork the dough, as this will develop the gluten. You want to lightly combine the ingredients, so that the dough becomes crispy, not chewy, when baked. Shortcrust is perfect for pie tops, quiches and tarts.

Sweet Shortcrust, known by the French as Pâte Sucrée, is perfect for dessert tarts and pies. This follows the same recipe as normal shortcrust pastry, but adds sugar and egg yolks for a sweeter and richer flavour.

Now that you know the different types of pastry, try our favourite savoury pies recipes. Prefer sweeter bakes? Check out these sweet pie and tart recipes.