Convivium Cooks Up Food For Thought In The Swartland

Convivium, a simple, unassuming idea thought up by Andy Fenner and Wesley Randles, happened to be the most inspiring food event held this past weekend. On the 22nd and 23rd of October, a number of South Africa’s leading figures in the food and wine industry met on Adi Badenhorst’s wine farm in the Swartland to discuss ideas surrounding their industry. Now in its 2nd year, and looking a little more grown up, it showed why South Africa’s food scene is on the edge of glory. 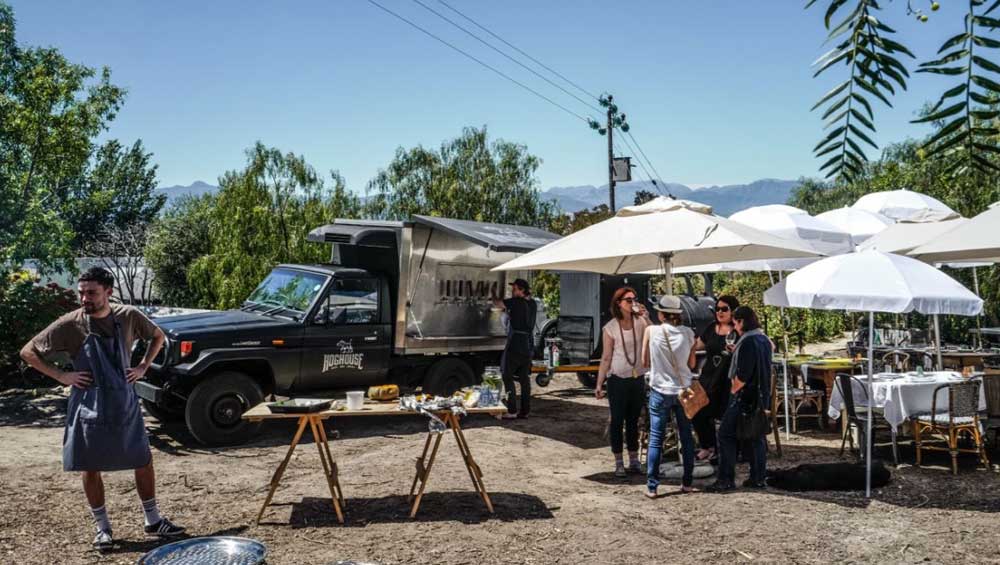 The food industry in Cape Town is small and intimate, which can be both a blessing and a curse. A blessing because you can truly get to know your fellow chef and business owner, but a curse because space to stand out and identify yourself can be limited and there’s a tendency to be competitive. What Convivium looked to capitalise on is the former notion, that chefs, food professionals, winemakers and producers can work together to make the South African food industry even better. And so they did. The loose theme this year was closing the gap between what we eat and where our food comes from and it was a very poignant one. Now more than ever are consumers asking what exactly has gone into that dish, and more importantly, they’re actually listening to the answers. 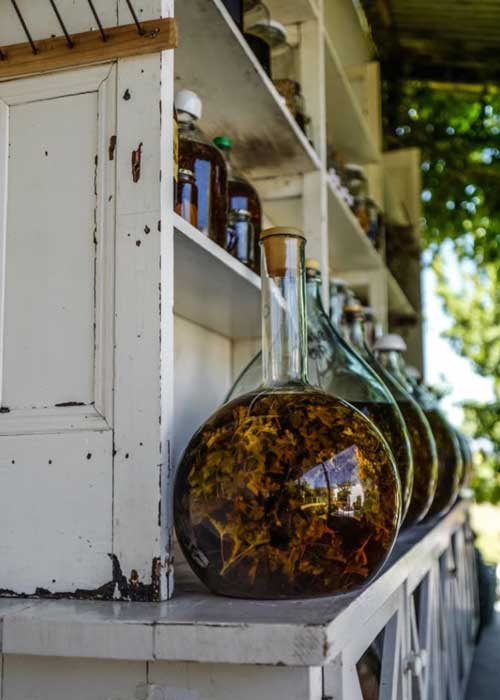 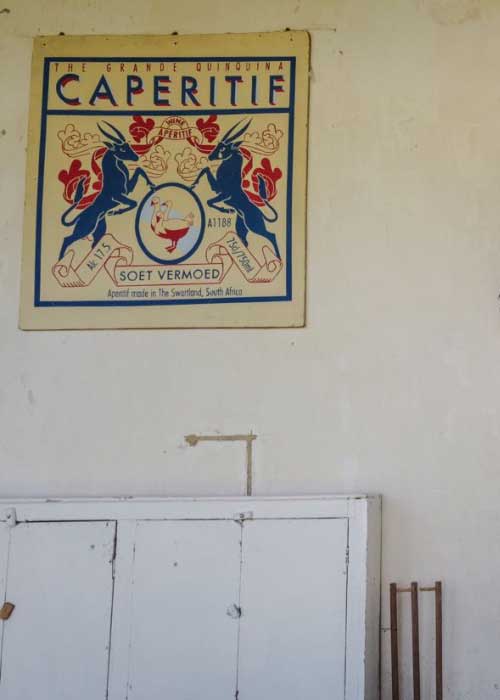 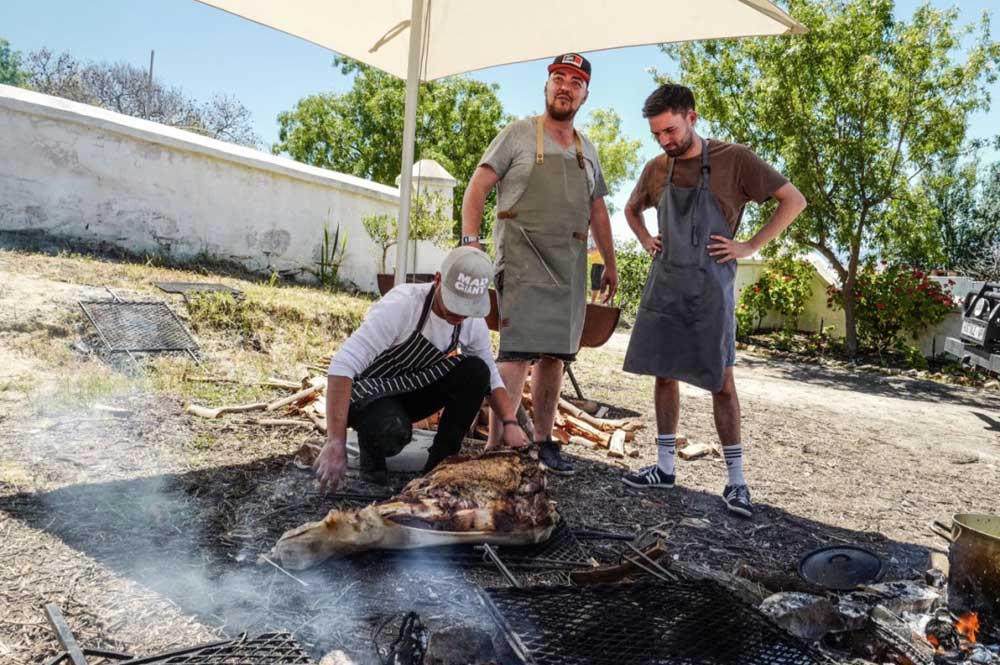 We hear catchy phrases like ‘farm to fork’, ‘harvest to table’, ‘hook to cooked’ all the time but it can be overwhelming to try put them into a tangible plan of action. The curated list of speakers took this challenge in their stride and wasted no time getting the crowd’s brain flow going.The inimitable Margot Janse got inspiration flowing as she told the crowd of the incredible work she’s doing with the Isabelo charity and how it all began with a muffin. Starting by feeding 70 pre-school children a completely nutritious muffin over four years ago, the scheme has partnered with KUSASA and now feeds 140 000 breakfasts a year to underprivileged school children. Janse’s speech hit a nerve, considering that her audience was compiled of the country’s top chefs all charging a decent price for their food. But she made the ideal opening speaker because she made the crowd realise just how fortunate we are in this industry, to eat and spend money on such incredible food, and that it doesn’t take much to pay it forward. 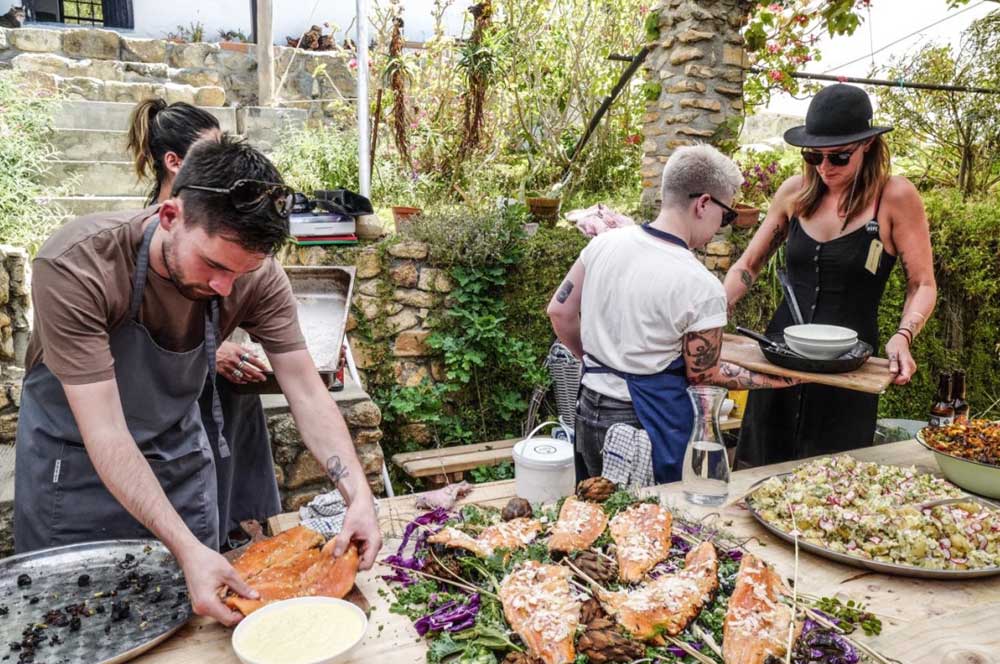 She was followed by equally motivating speakers, namely Pavs Pillay, the scientific and communications officer for the Marine Research Institute and Africa Centre for Climate and Earth System Science at the University of Cape Town. Pillay works closely with WWF SASSI and spoke about the plight of our oceans and the need for raised awareness about what fish we’re eating. We’ll be emptying out our oceans if we don’t make a change soon and her talk made that very clear.

Despite two strong opening talks, Kurt Ackermann, a founder of the Oranjezicht City Farm was a strong act, inspiring people with his discussion on how chefs can make a difference in terms of how they source their produce. Roushana Gray of Veld and Sea further cemented this notion, by reminding guests of the wealth of the Cape floral kingdom. Jono Le Feuvre and Rob Cowles of Rosetta spoke about the coffee industry and just how far we’ve come (and have to go), as coffee consumers. Pieter and Koot Prinsloo of Daybreaker Meat told tales of their grass-fed beef and explained why eating real meat has never been more important, for chefs, producers and diners alike. Rounding off was local origami king Ross Symons, who spoke about why creativity can and should take you to unimaginable places. The speakers reminded us that there is we need to consider than what goes on the plate. If ever there was a time to be mindful and considerate, it is now. The speakers got the real conversations flowing and ideas were certainly being exchanged. 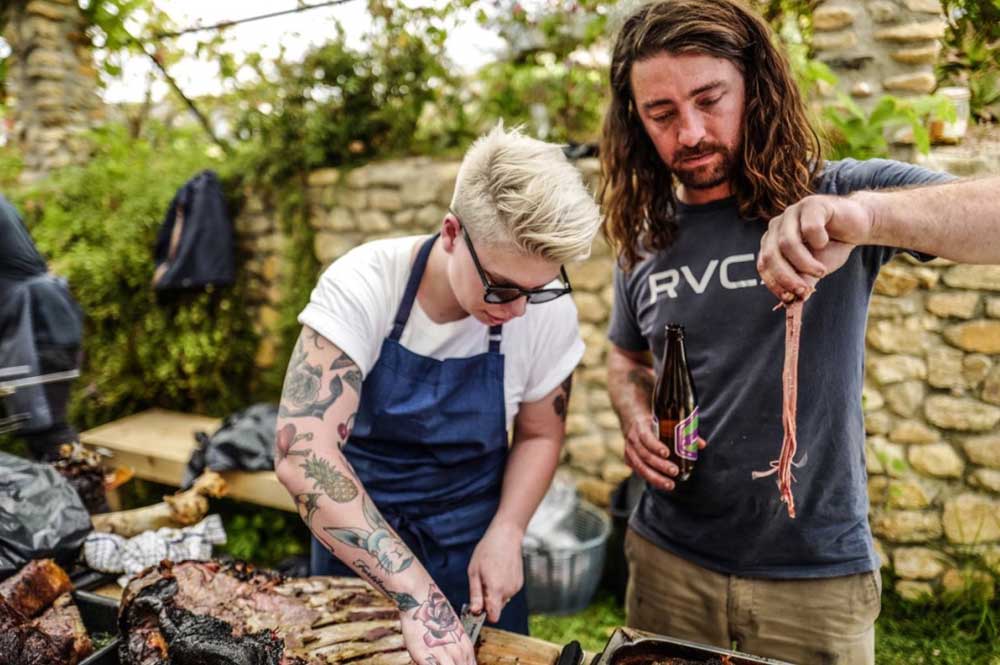 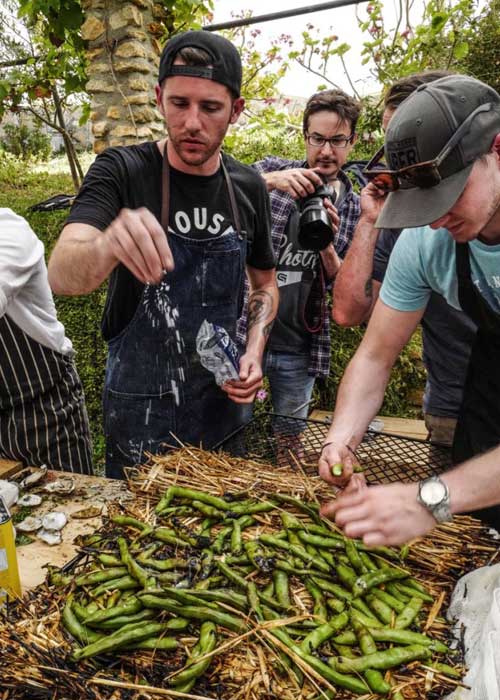 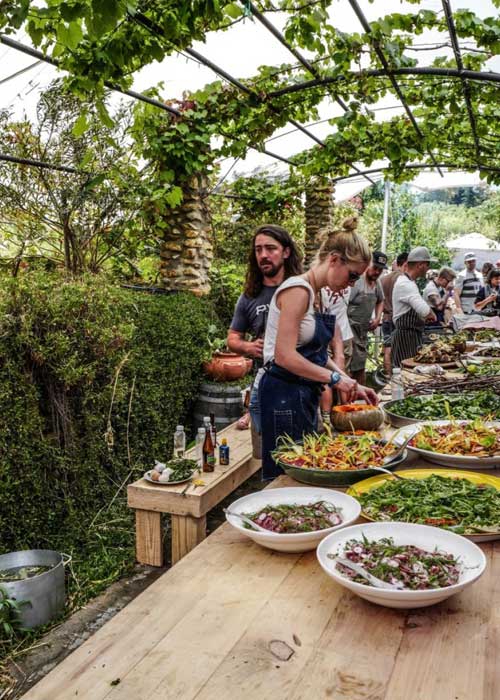 As you would expect when you club together some of the country’s best chefs, the food was incredible. There was powerhouse local talent like Jess and Luke Grant from The Table, Ivor Jones, Kirby Auret and Wynand van Rooyen of The Flying Boar, Ash Heeger, Angelo Scirocco, Emma Hofmans, Nikki Albertyn, Jason Lilley, PJ Vadas… the list goes on and on!

And if the speeches were inspiring, the food was simply earth shattering.

More than this, though, it was an example of the beautiful offerings that can be created when people work together. With all these chefs under one roof you would expect competition and one-upmanship to be a concern but there was none of that. They all combine their many skills to put on a feast. All of the wonderful produce had been donated, all the veggies were organic and the meat and fish ethically sourced. Many refreshments were offered in the form of Rosetta coffee, Hope on Hopkins gin and tonics, Badenhorst Family Wines and Woodstock Brewery beers, to name a few.

The drive back from Kalmoesfontein was a pensive one, filled with food, wine and a lifetime’s worth of inspiration. The feeling of camaraderie was thick in the air over the weekend and watching an industry band together like that was magical. It will take a little while to process just exactly what took place on that farm in the Swartland, but it certainly leave a lasting impression on each and every person who attended it. 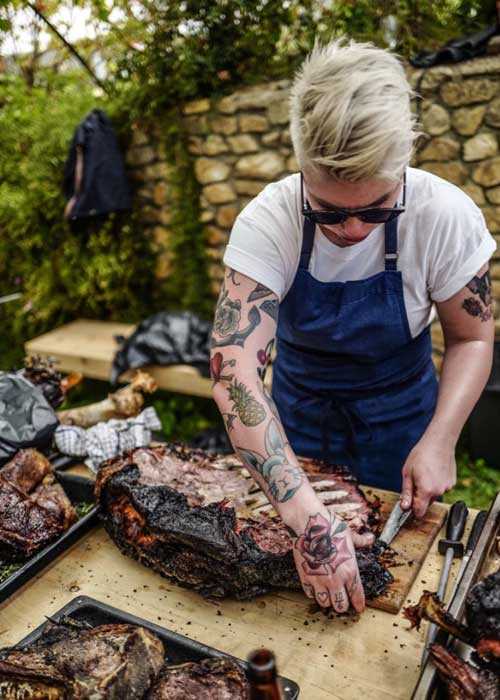 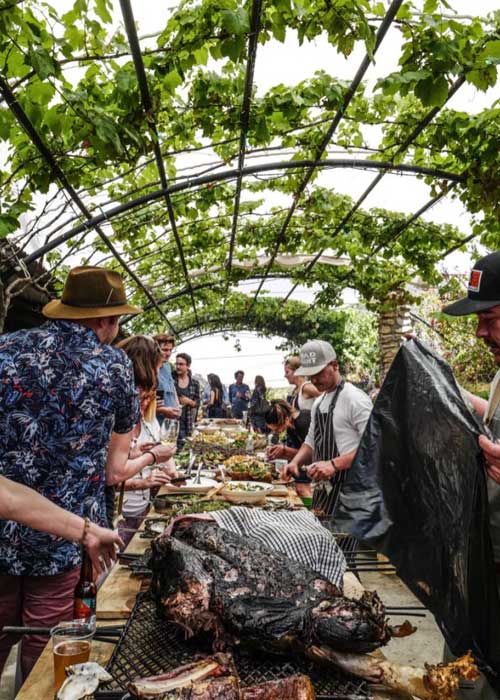 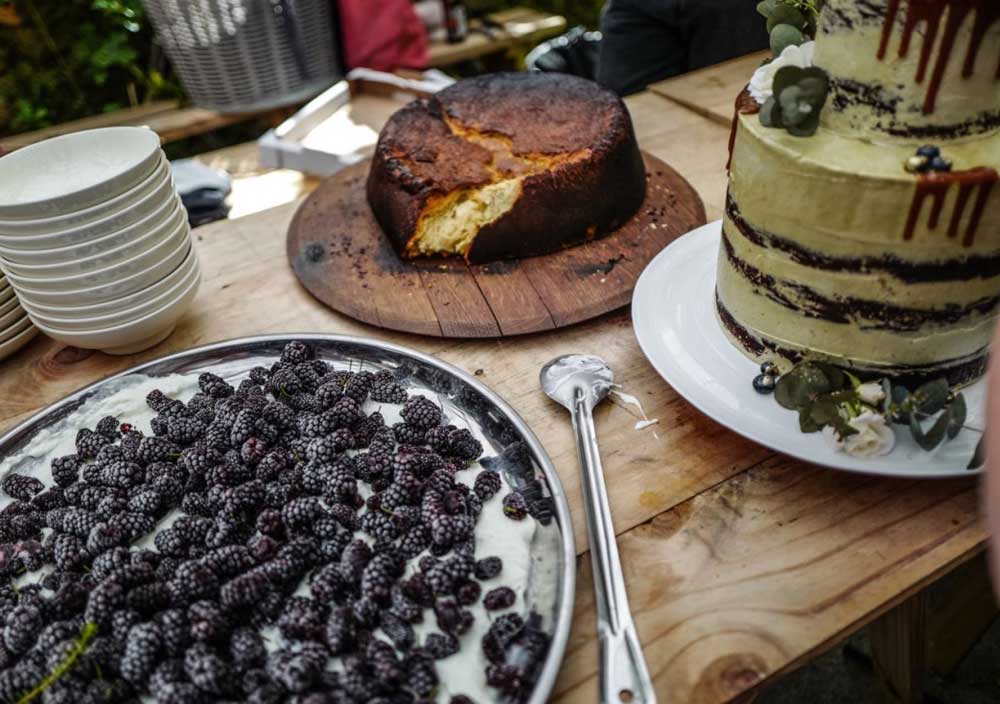