Cape Cola: A Conscious Cola Brewed in the Cape 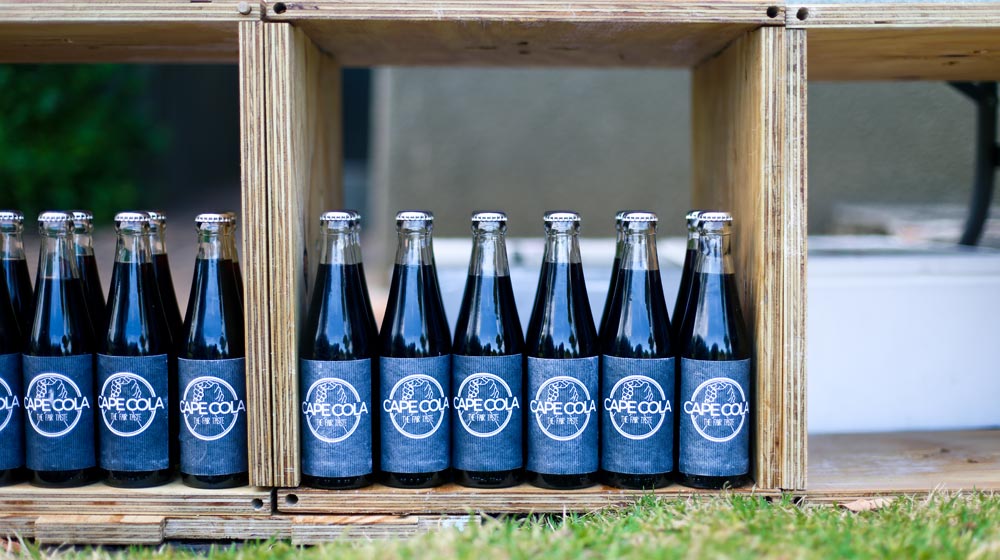 There’s a lot of buzz about consuming more mindfully, eating more ethically and living more sustainably, but the how, what and where of these ideas can be tough to stay on top of. That’s why we love it when others do the hard yards for us and make it simple for us to make positive changes to the way we live. One such start-up is the team behind Cape Cola, a brand spanking new drink that’s hitting the market as we speak.

So you love your cola, but you don’t love all the extras that come with it? You’re not alone and you’re also in luck. Cape Cola delivers flavour that you’ll love, with none of the nasties, plus a pretty cool story about creating something you really believe in.

We chatted to the guy behind Cape Cola, Lasse Presting, about why he chose to craft a local, natural version of probably one of the most well-known and widely consumed products in the universe.

Who are the faces behind Cape Cola?

Myself, Lasse, I am the founder of Cape Cola. I’m from Germany originally but moved to Cape Town about 5 years ago. My wife, Michelle, is from South Africa and she’s the reason I made the move. Today, we have two gorgeous kids, aged 2 and 4 years.

The other faces behind-the-scenes are Julian, Michael, Janosch and Palle. They are all from Germany as well but in contrast to me they are all still living there. They’ve all been to Cape Town at least once and they’ve supported me, and the vision for Cape Cola, for almost a year now. It’s due to them that we are now at the point that we are – with a product that is ready for the market. 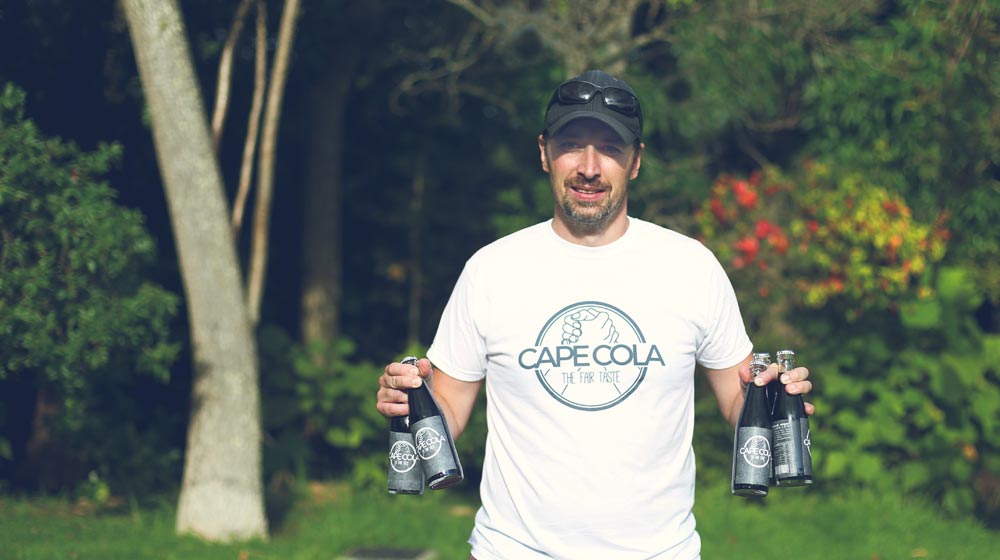 How did you get into the drinks business?

I studied a National Diploma in Hotel Business Management and have always been interested in a beverages job-related. In Germany, the craft soda market is already pretty huge. Here in Cape Town, I noticed that there weren’t many real, natural alternatives to commercial drinks, this is how I arrived at the idea of creating a local cola. The more I thought about the idea, the more I realised that this could be a real opportunity to initiate more than just another cola but rather a conscious cola.

How do you go about making a conscious version of cola?

We’ve chosen our ingredients consciously and our cola consists of nearly 100% natural ingredients. Beyond that, we leave out particular substances, such as phosphoric acid, anti-foaming agents, preservatives and sugar. In our opinion, these substances are not beneficial and shouldn’t be part of our daily diet, nor part of any consumables in fact. We don’t want to make a cola for the sake of making one; rather we want to encourage people to rethink what they’re consuming and also to engage with where these products are coming from. We want people to consider “What am I actually putting into my body?”

Can you tell us about the ‘fair taste’ aspect of the business?

Our approach is to initiate our company as one that places importance on a sustainable and fair value chain. All companies with whom we work are local. In future, it is our aim to donate a certain amount of each bottle sold to a social project located in Cape Town or the surrounding region. 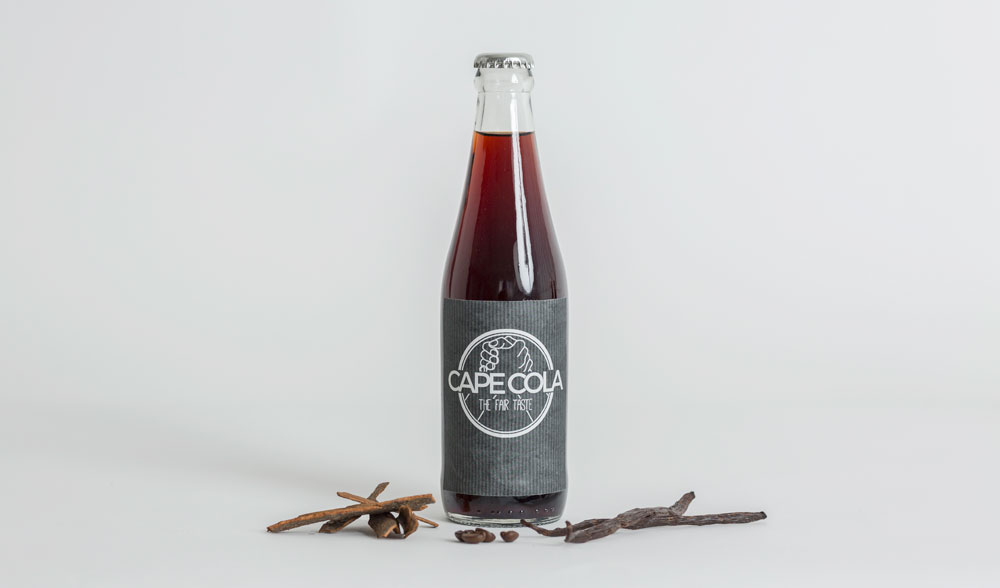 Why was this an important factor for you?

How do you go about creating a ‘cola’ flavour, since the ingredients have been a closely guarded secret for many years?

Fortunately, it was never our aim to copy anyone. From our perspective, this recipe can maintain a guarded secret forever.

Without telling us your secrets, can you tell us a little about what goes into making a natural cola?

Real kola nut, ginger, lime, yerba mate and, for a special South African touch, honeybush. For sweetness, we use birch xylitol and stevia. That is why our cola has much less ‘sugar’ than other commercial colas: only 1,5 g per 100 g of cola. 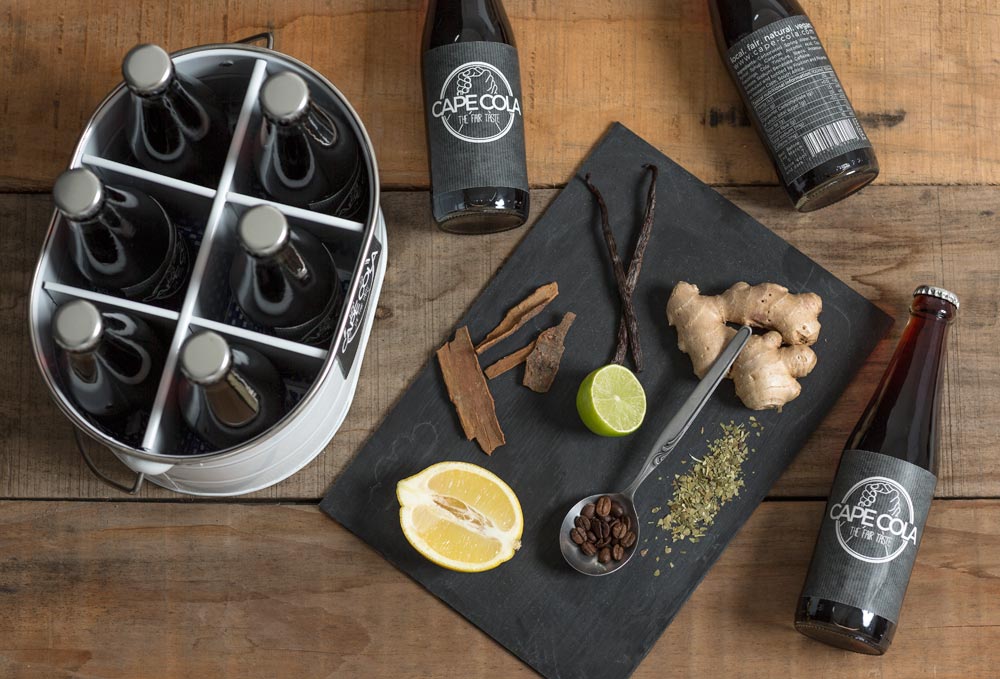 Did you crowdfund to get this project up and running?

I actually did initially crowdfund on Indiegogo and failed terribly at it. At the very beginning, I was looking for funding from within my circle of family and friends and had nothing but my vision to show. A family member suggested that I start a crowdfunding campaign. At that stage, I knew nothing about it and had never heard about it before. I did a bit of research and set up the FB page, Twitter account and the campaign itself. Unfortunately, it did not work out at all. There is so much that actually goes into it and needs to be considered. It was a classic setback, but 8 months down the line we started producing with funding from family and friends.

We are not, however, giving up on the opportunity to do a campaign again, now that we know how it is done – a new campaign is definitely in the pipeline. And now we have the experience to do it right.

How do you think the crowdfunding model has changed entrepreneurship and the growth of the small business?

Nowadays there are a lot of small businesses that deserve a chance to enter the market but don’t have a big investor to back them or don’t want to be economically dependent on someone right off the bat. Crowdfunding provides a realistic chance for those companies to get started and grow. Moreover, for us, it is a way to market ourselves and our vision, to get feedback from our potential consumers, become known and to build up a fan base. For us, as a very small business, it is a very good opportunity to stand on our own right from the start.

We are really looking forward to our next crowdfunding campaign. We’ll keep you up to date! 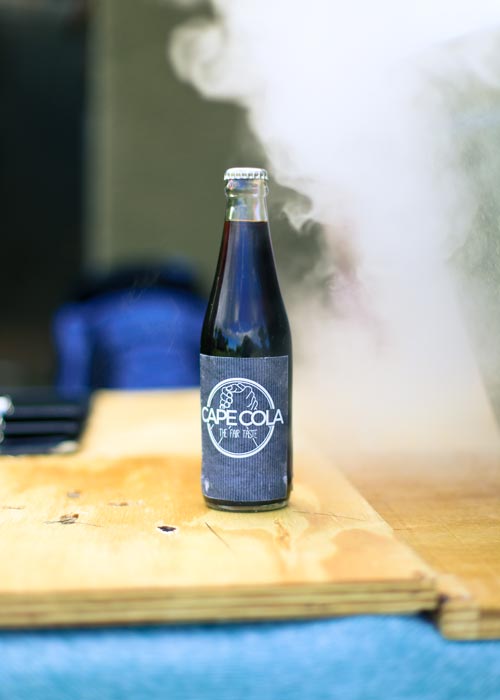 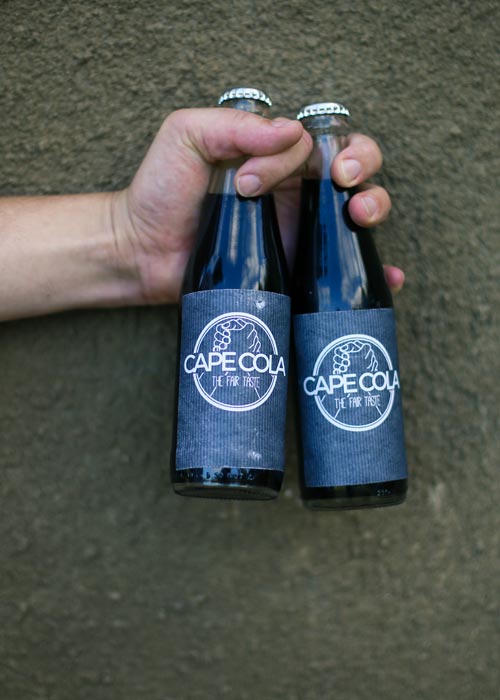 What’s next for you guys?

We want to establish our brand slowly and so we’re tackling the streets first. We want to get in touch with Cape Town’s gastronomy scene and give people the opportunity to taste Cape Cola. As mentioned our next crowdfunding campaign is in the making and we want to find a CSR partner that can benefit from the sale of each bottle.

Where will people be able to find Cape Cola?

Currently, we’ll be promoting Cape Cola at the Galileo outdoor cinema events on Saturday 4 February and Friday 17 February, so if you’re heading to one of those events, please look out for us.

Visit our website or our social media channels to get in touch – we’d love to hear from you. If you would like to try Cape Cola, we’ll do our best to make that happen.

We love the idea of being able to purchase a drink that not only tastes good but is also crafted with thought. Cheers to being able to down an ice-cold Cape Cola on a scorching summers day, or as a mixer with your favourite tipple. Consuming consciously just got easier.

Be a part of this amazing initiative!

Cape Cola is in the process of raising funds for the next stage of their development; if you’d like to be a part of this campaign then head on over to their ThundaFund page to support them.