Chinese New Year is just around the corner, which means the start of the new lunar year and with that comes a new zodiac animal. February 12th marks the beginning of the Year of the Ox, it is also the beginning of a 15-day celebration that takes place to honour the new year. This might be the best zodiac animal for 2021; the ox represents positivity, honesty, and hard work that will hopefully be manifested in all of us this year. 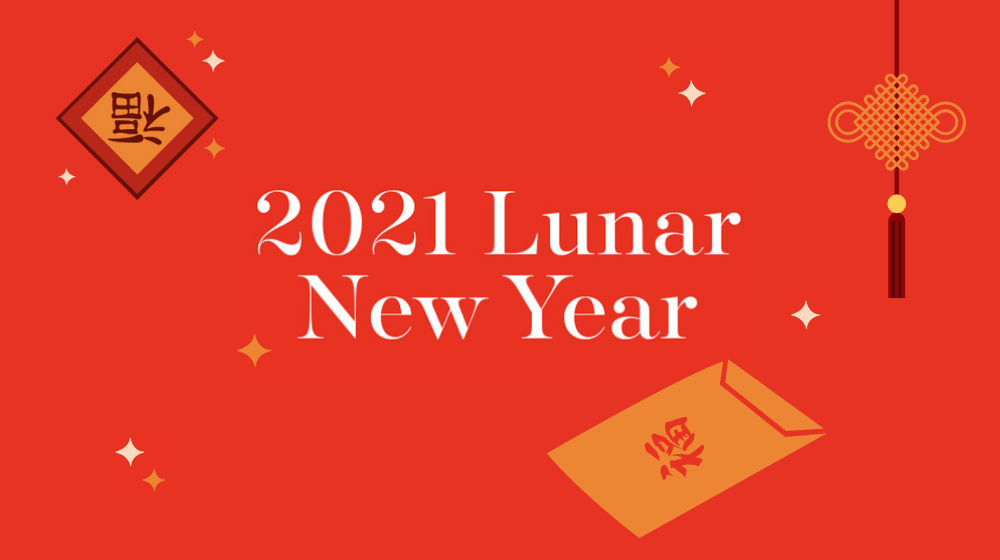 Celebrated by more than 1.2 billion people across the globe, this holiday is important to many countries in Asia, not just China. The Lunar New Year, most commonly associated with the Chinese New Year or Spring Festival, marks the start of a new lunar cycle, which typically falls sometime between January 21 and February 20 annually.

Unlike the Gregorian calendar, the lunar calendar has a 12-year cycle, following the moon phases, or lunar months. 12 full cycles of the moon are about 354 days which is different from the solar year which is about 365 days. Because the earth is constantly orbiting around the sun, the moon has to travel somewhat more than 360 degrees to reach the next new moon.

Each lunar year is represented by one of the 12 animals of the Chinese zodiac. The reason for that being is that according to ancient Chinese mythology, the Jade Emperor held a race of sorts to assign the 12 spots of the zodiac to the 12 different animals. The reason why the animals represent different years is because of the order the animals arrived in said race. The first to arrive being: rat, ox, tiger, rabbit (cat in Vietnam), dragon, snake, horse, goat/sheep, monkey, rooster, dog, and then lastly the pig.

It is one of the most important holidays in China and in other countries across Asia. Chinese New Year is traditionally a time to honour ancestors as well as deities and as a result, is associated with different ancient customs and myths. Like many major holidays around the world, people often travel home to be with their families during this time. In fact, so many people travel back home during Lunar New Year that it has been regarded as the ‘world’s largest human migration’.

A part of the tradition of starting fresh during the new year is to honour their ancestors by worship rituals that connect the 3,800-year history of the holiday to the present. The holiday is also associated with wealth and good fortune, this is why children and unmarried adults are given small red envelopes with money. The red is symbolic because it is supposed to represent the colour of good luck and fortune, it is also the colour that Nian (a lion-like monster) is afraid of. This is why during this holiday red decorations are hung up because, according to Chinese New Year mythology, it helps ward off the monster. 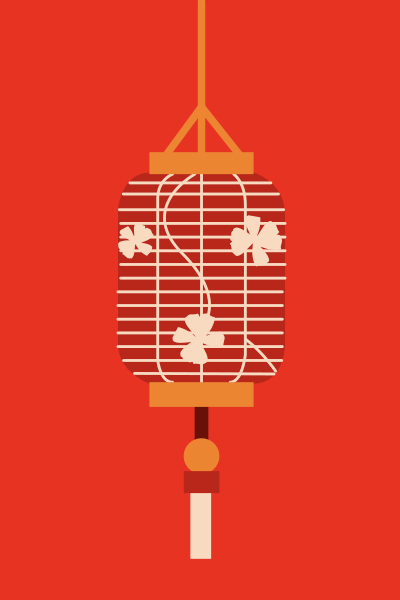 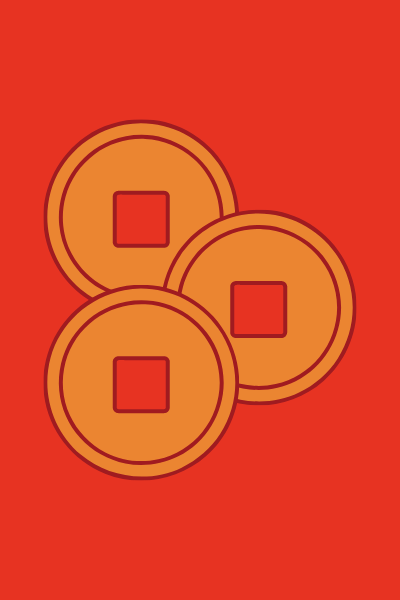 You’ll commonly see red decorations hanging but the most frequent one you’ll see is a diamond-shaped red paper with the character, 福 [fú], which means good luck, it’s hung upside down for Chinese New Year because ‘upside-down’ also means ‘to arrive’. Another tradition that happens during the Lunar New Year is that everything is cleaned spotless in order to wash away the bad luck of the previous year. Although everything is thoroughly cleaned, all the cleaning must stop on the actual day of the New Year in fear of the new good fortune being swept away.

On the night before this 15-day celebration, families get together for a feast called Nián Yè Fàn which literally translates to New Year’s Eve. The foods that are eaten tend to signify luck, health and prosperity.

Dumplings: It is believed that the more dumplings you eat on Lunar New Year, the more wealth will come into your life in the new year. Dumplings are a time-consuming task and this is also part of the process of preparing for the new year. It’s a time that allows you to spend more time with your family.

Spring Rolls: Chinese New Year can also be referred to as the Spring Festival which is where spring rolls get their name from. Eating them during the new year means that wealth and prosperity will enter your home throughout the year. Spring rolls are typically filled with meat, vegetables, or something sweet. 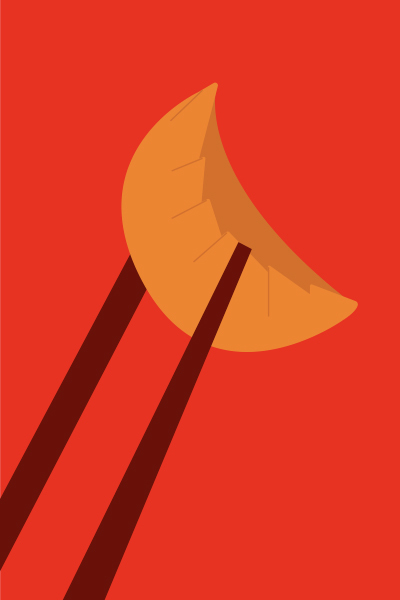 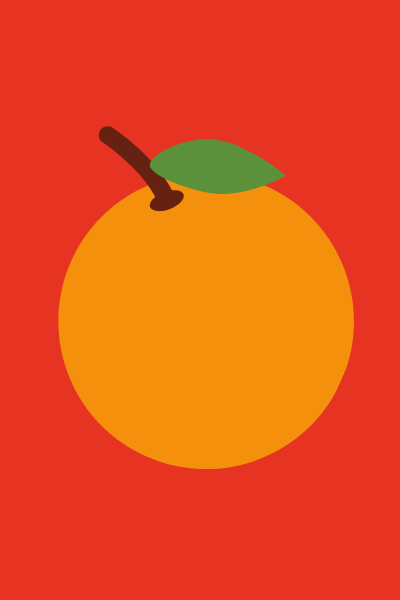 Whole Fish: The way this fish is served and prepared is important. The fish must be served with its head and tail still on, the head of the fish is supposed to symbolise a good start to the new year, whereas the tail is to avoid bad luck. Fish in Mandarin sounds like the word abundance in the language, which is important because Chinese people want to have an abundance of food or money in the new year.

Noodles: During Chinese New Year these are referred to as longevity noodles. According to Chinese tradition, the longer the noodles, the luckier you’ll be. The length is also symbolic of the eater’s life, so the goal is to get the longest noodle.

Rice Cake: Eating this dessert in the new year symbolises new heights or goals will be reached. This dessert is most commonly made from sugar and rice flour although there are different variations that have red beans, nuts or sesame seeds in them.

The Year of The Ox – What This Means

Like stated above, 2021 is the year of the ox. The ox represents positivity, honesty, and hard work. The ox is also associated with the element of metal, one of the five Chinese cosmology elements. Metal is meant to represent righteousness, steadfastness and bravery. 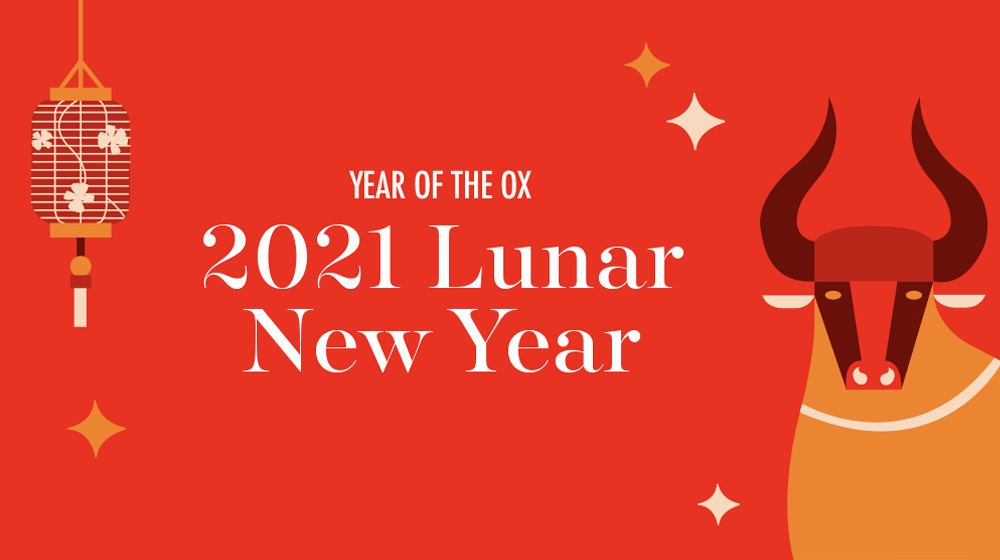 The last time it was the year of the Ox was in 2009, so hopefully, the long gap in between is a good sign of good things to come. According to the Chinese zodiac, the ox is determined and diligent, meaning that the Ox overcomes any potential bad luck and achieve their goals if they try.

What Chinese Zodiac Animal Are You

People’s birth years determine their Chinese zodiac signs. Find out what animal you are below!