Q&A with Chef Nick Charalambous of Love Thy Neighbour

Love Thy Neighbour already seems to have established a cult following of sorts, and for good reason. The honest food, cooked by talented chef Nick Charalambous, seems to fit right into the space left behind by Weinhaus + Biergarten. In an attempt to find out just what makes Love Thy Neighbour so special, we chat to Nick. 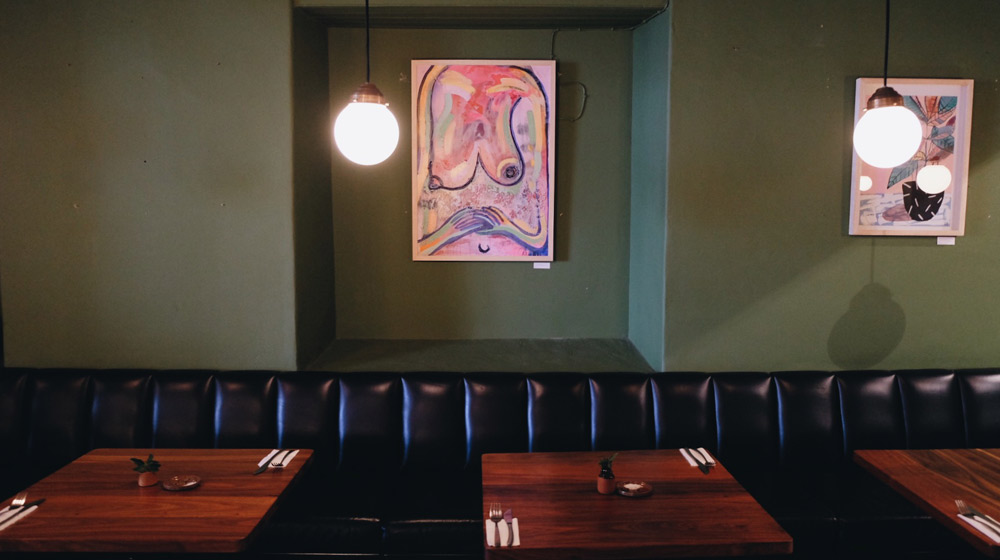 Tell us a little about yourself? How did you get into the culinary industry?

Nick Charalambous: I grew up in Pretoria in a Cypriot family. Naturally, this meant being around food all the time. I spent a lot of time in our vegetable garden – watering, planting, gardening and eating. I knew pretty early on that I wanted to work with food. I started working before I left high school and applied to study at Silwood.

Was there ever a point where you considered doing something else?

Nick Charalambous: I don’t think I ever really considered anything else, but I was always interested in history and doing something in that field, maybe lecturing. In the end, I decided that there is enough history and culture in food and pursuing that history is what interests me right now. 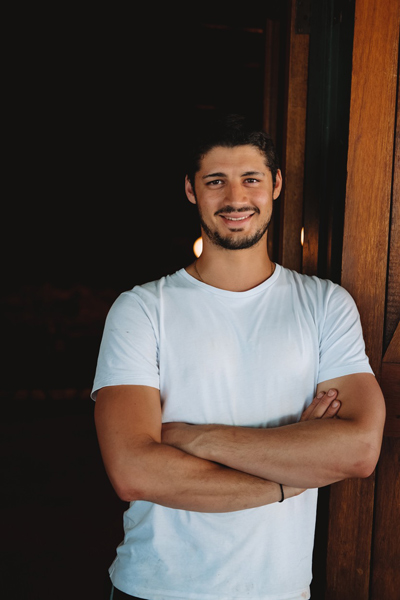 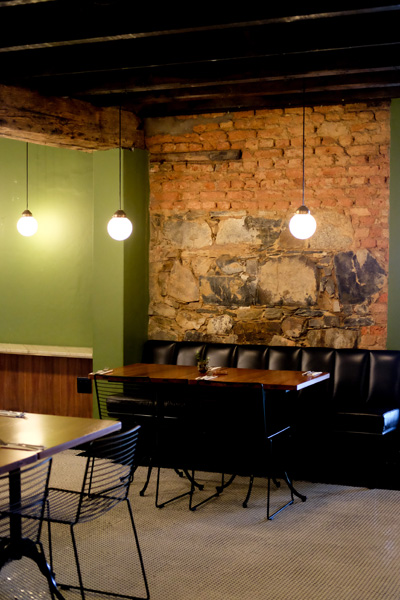 How do you keep things fresh? Where do you find inspiration?

Nick Charalambous: Reading, music, doing a lot of research, exercising. Cooking with a lot of vegetables really helps with keeping things fresh and exciting as the ingredients are always changing. It’s a challenge but it also really helps to make things easier.

What was the process of setting up Love Thy Neighbour like?

Nick Charalambous: I wanted to utilise the amazing courtyard in the space, as the type of food I wanted to do is so well-suited to the space. I always knew I wanted to have a fire hearth and it works so well with the courtyard and the food.

I had good connections with great producers and I always wanted to do something that was vegetable-forward, clean and nourishing using fire to cook with.

It was challenging at first as we were taking a space that had been the quintessential/iconic beer garden in Cape Town – first as &Union and then as Weinhaus + Biergarten. Changing the image from beer garden to what we are trying to do now, has been tough.

People are set in their ways and to them, this spot will always be &Union or WB but as they realised what we were offering, things started to get easier. 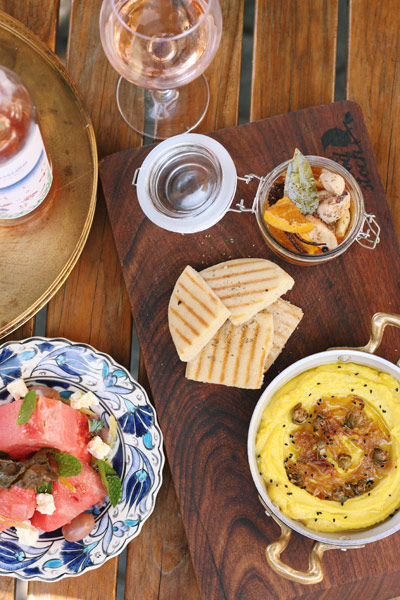 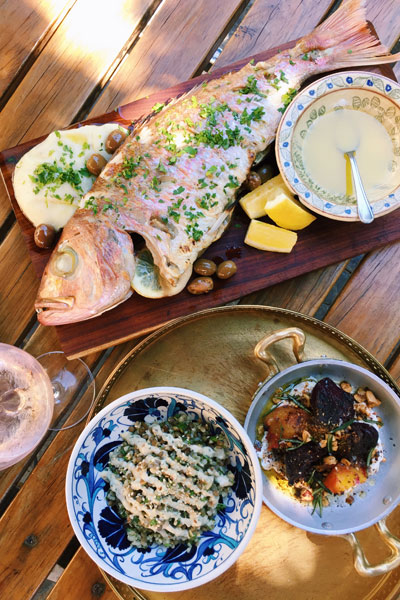 What can you tell us about the style food at Love Thy Neighbour?

Nick Charalambous: My style is vegetable-forward and aggressively seasonal. Always big on flavour, but I like serving food that is light, easy to eat and nourishing with flavours that are balanced and harmonised but also flavours that fight each other – like a good rock band.

The style of my food is difficult to pinpoint. It is definitely influenced by my Cypriot heritage which is unique, and it blends Mediterranean and Middle Eastern flavours.

I have a great big fire pit to play with outside and that influences a lot of the food we do here. That’s the way I was brought up cooking and it’s definitely part of my Cypriot heritage.

I find stereotypical Greek food a little bit boring but I am trying to extract as much from it as I can. It’s important not to lose the heart and soul of it. Cypriot cuisine is so interesting because of the island’s history and location. 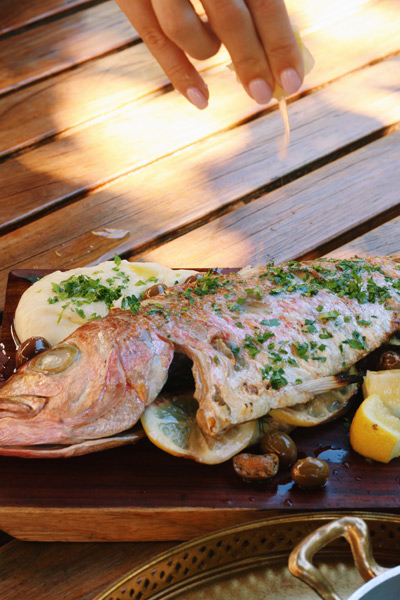 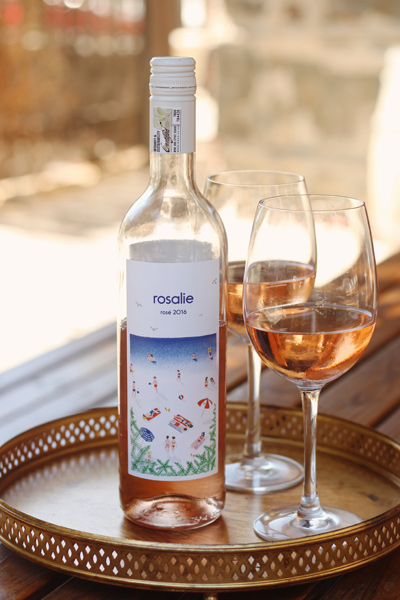 Is there a certain dish on the menu that you think is particularly iconic or close to your heart?

Nick Charalambous: It’s hard to pick one because a lot of the dishes are born from childhood memory but I’ll go for something simple, like the roasted olives. These are pretty staple throughout Cyprus and at our Sunday lunches at home. While the coals were getting ready for our Sunday Souvla, we would throw in a foil parcel of olives to snack on while the meat cooked.

We notice there is a strong emphasis on ethically sourced ingredients, why is this so important to you?

Nick Charalambous: Sustainability and delicious food/flavour go hand in hand – by supporting the right type of farming, we are ensuring that we have big flavours and nutrition. Sustainability is just an extension of seasonal cooking.

I want to support farmers who are not exploiting our soil. The most important recipe is the one the farmers follow in ensuring that we put back into the soil – that’s the recipe we should all learn and understand before we start to cook.

This is a quote from The Third Plate by Dan Barber “…modern agriculture has thoroughly separated the agri from the culture. They’ve killed the meaning of the word – bifurcated it, completely, in just the last thirty or so years.” 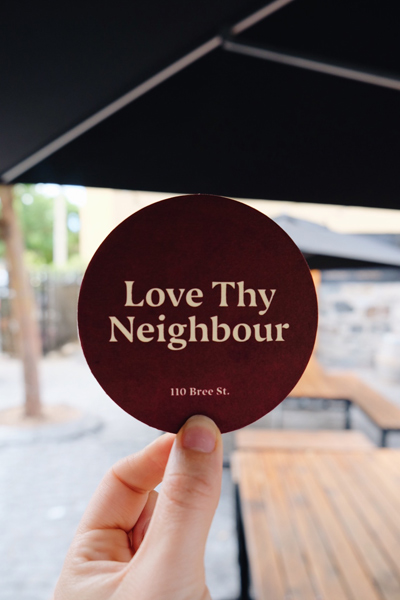 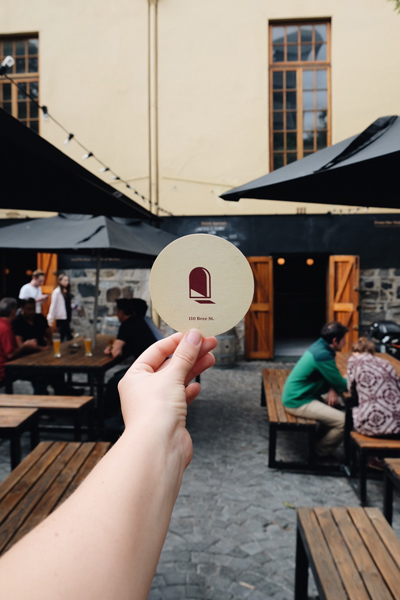 What excites you most about the Cape Town food scene?

Nick Charalambous: Seeing young chefs who were teaching me while I was working in other kitchens making their own impact and expressing themselves.

Favourite drink at the end of a long day? Red wine/whisky.
Last book you read? Salt, fat, acid, heat by Samin Nosrat and The Third Plate by Dan Barber, simultaneously.
Secret food guilty pleasure? Free-range rotisserie chicken from Woolworths with Maldon salt, Hellman’s mayo, Tabasco and lots of lemon.
Favourite ingredient at the moment? Israeli tahini, peas and sumac that I brought back from the Turkish side of Cyprus. Difficult to pick one.

Head over to Love Thy Neighbour to experience the delicious food prepared by chef Nick Charalambous.