Avos are in Season and it’s Guacamole Time!

Sitting around at home, watching TV and snacking a bit more than usual during lockdown? Try to keep it as healthy as possible with crudité, or even if you opt for crisps, make sure to add some extra nutrition with the ultimate crudité and chip dip – guacamole!

Surely the best invention of any ancient civilisation, guacamole has lasted through the centuries – and it’s not hard to see why. The avocado contains nutrients such as potassium, magnesium, vitamin E, vitamin K and folate, and the fruit has a unique combination of fibre and healthy fats.1

It’s estimated that guacamole dates back to the Aztec civilizations living during the 16th century and comes from the word ahuaca-molli, which literally means “avocado mash” or “purée”. Traditionally guacamole was a mixture of mashed avo, chopped tomatoes and onions.

In today’s modern world, different cultures have added their favourite ingredients to mashed avo and so we see the birth of guacatology – aptly named by Avocados From Mexico.

As mixology is defined as a sophisticated and in-depth study of the art of mixing drinks, similarly guacatology can be regarded as the craft of mashing avo and blending with one’s favourite traditional ingredients. 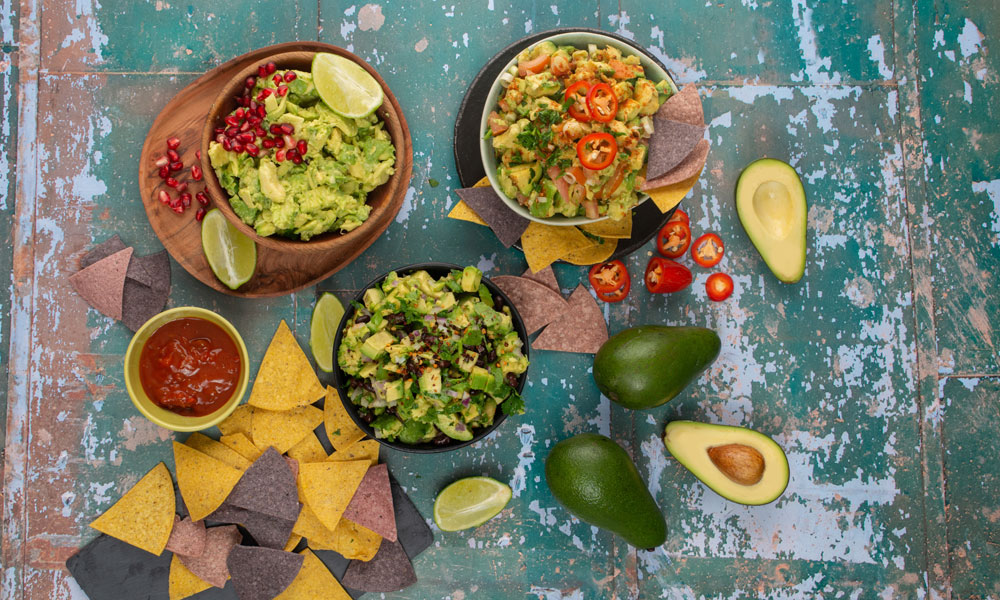 Recent trends include soy sauce, rice vinegar and wasabi paste being added to traditional guacamole in Japan, while baguettes laden with guac made with shallots and tarragon is how it’s enjoyed in France.

As a South African the thought of shredded biltong, piquante peppers, a dash of chutney and loads of mashed avo is sure to get your mouth watering!

Imagine guacamole combined with pomegranate and lime or how about spicy corn, black beans and chipotle! Maybe you would prefer a traditional chunky guacamole? What better time to create your very own, unique family guacamole; than during lockdown – who knows your recipe might be the one that lasts the next 500 years! 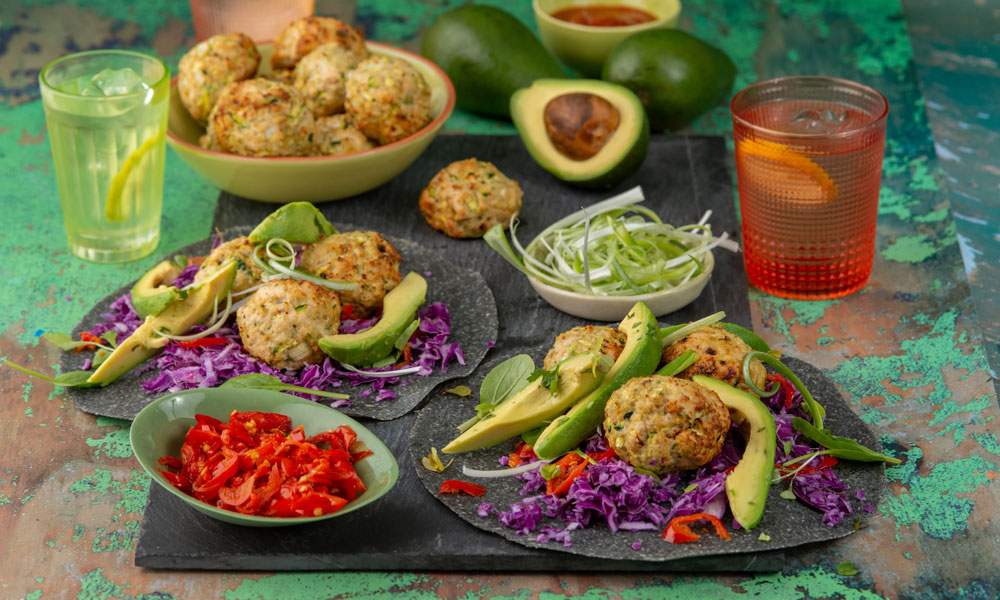 But why stop at guacamole? There’s still nachos, tacos, enchiladas and burritos – with a generous portion of avocado of course! The obvious topper to traditional Mexican dishes is guacamole, but avo salsa, avo pico, avo crema or simple avo slices with a squeeze of fresh lemon, a pinch of salt and twist of black pepper are all hot favourites.

Add an avo and a taste of Mexico, to your plate this avo season with a nachos salad jar; multi-grain tortillas with baked chicken and avo ‘meatballs’ with a tangy lime dressing; and mega veggie and avo tacos with pickled red onion. 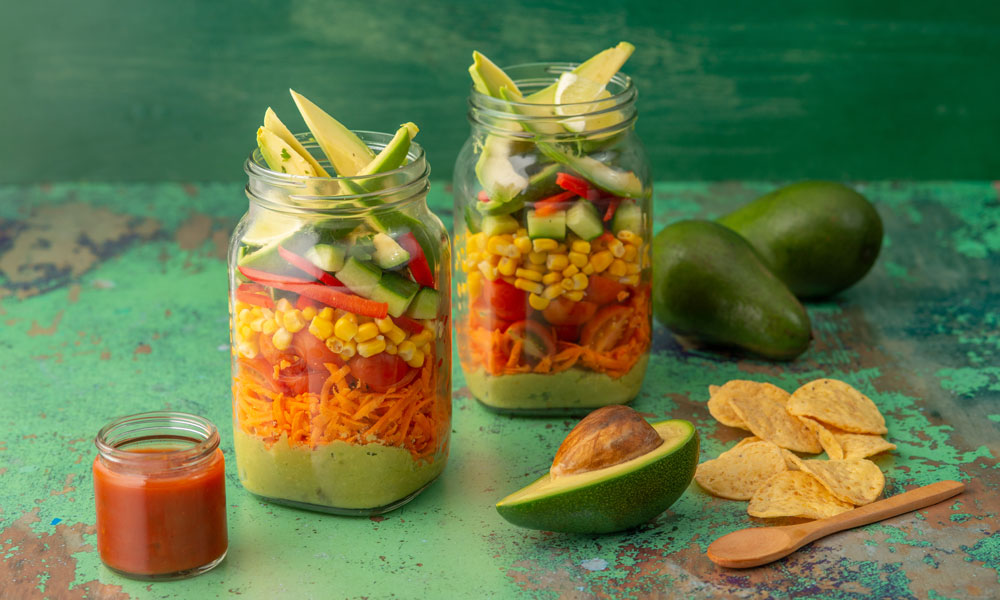 Did someone say avocado margarita? Oh yes, we did! That’s sizzling on this season’s menu along with a Tex-Mex southern-style sweet potato and avocado salad with a zingy amasi (buttermilk) dressing, and vegan breakfast tostadas with black beans, mushrooms, hash browns, cherry tomatoes, corn and sliced ago. 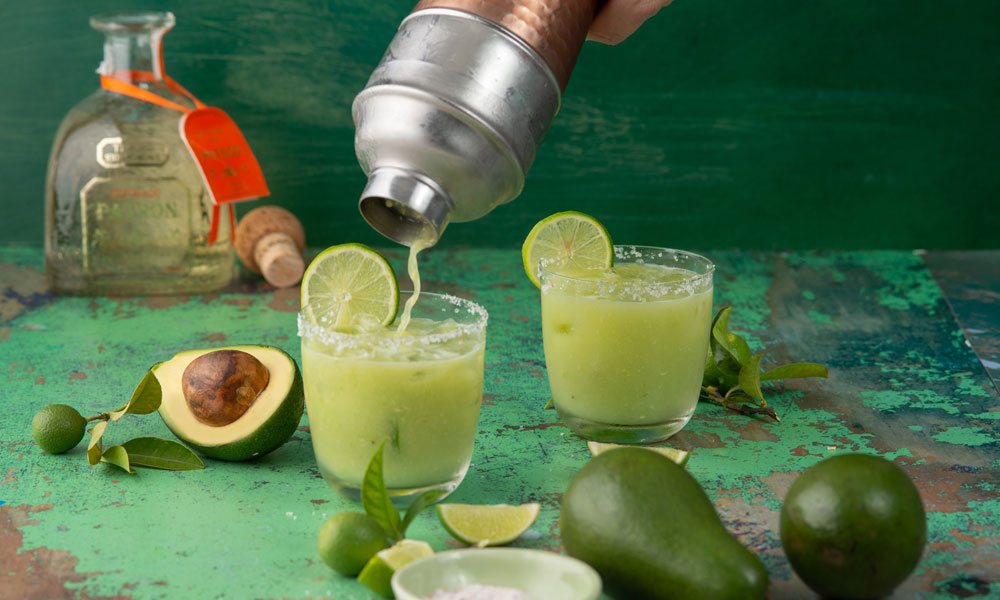 Avos might have ancient Mexican roots, but they’re as in demand today the world over as they were there thousands of years ago. Probably because it’s just so easy to add an avo…to everything!

Whatever gets your sombrero in a spin, add an avo to it – really anytime is guacamole time!