As I sat on the old wooden boat, surrounded by the babble of a dozen languages and dialects, sandwiched between a woman in an orange sari and a man in a traditional Arab robe, I had to smile – this is the Dubai that nobody tells you about. I had stepped off my plane in the early hours of the morning and after a shower and a nap, I set out to find the city behind the glitz and glamour of the tourist brochures. 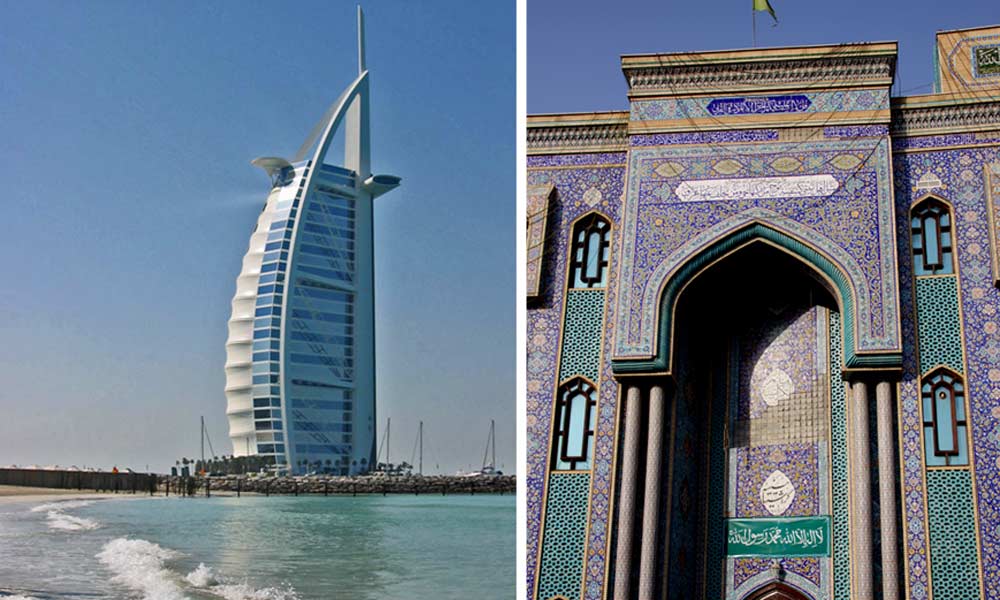 Take the metro to Al Ghubaiba station and walk to Dubai Creek and join the locals for the 1AED crossing on a wooden abra as Emirati have done for decades. Step onto the Deira side and feel as if you have travelled back in time as porters in turbans and robes scurry back and forth between the souks and the waiting wooden cargo boats docked on the Creek.

The old gold souk is the best known of the souks and positively drips with gold in every shape you can imagine.  Even more interesting are the textiles, embroidered slippers, belly-dancing outfits and pashminas to be found in the adjacent alleyways. But my favourite is the neighbouring spice souk redolent with the scents and colours of saffron, cinnamon, dried rosebuds, cinnamon sticks and dried limes.

After a day in the bustling souks, it was time to see what lies beyond the city limits.  Choose one of the many companies that run dune-bashing safaris who will fetch you from your hotel to ferry you to their waiting 4×4 vehicles.  After whizzing along a pretty ordinary road until all signs of civilisation have disappeared beyond the horizon, we suddenly turned off the road, straight into the vast sea of red-tinged dunes that stretch east of the city and cover much of southern Dubai. One brief stop to deflate the tyres a bit and to check that all seatbelts were fastened, and we were ready to go.  I was already slightly apprehensive about the entire concept of dune bashing and seeing our driver mouthing a silent prayer as we set off did nothing to allay my fears! But I needn’t have worried – the drivers are experienced and the vehicles are very stable, despite the crazy angles at which we ascended the dunes and the controlled slides with which we descended. Soon I was squealing with delight rather than in terror and when we stopped to watch the sunset I was a tiny bit disappointed.  Once the sun set, we were driven to a desert camp for an evening of camel-rides, belly dancing, henna painting and a feast of middle-eastern food.  Looking up at the stars above the outlines of the dunes, it’s easy to imagine what Dubai must have been like a hundred years ago – vast, wild and empty. 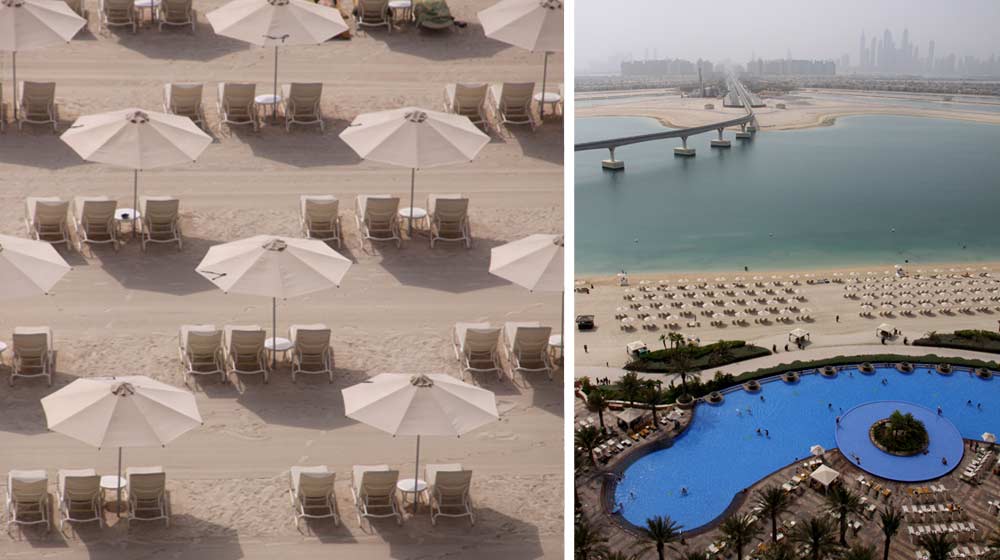 After a day of the more traditional Dubai, it was time to explore the glitzy side of the city. After a quick breakfast of scrambled eggs with ful mudammas (a traditional broad bean stew) I headed straight for Dubai Mall, the world’s largest shopping mall and home to the Burj Khalifa, the world’s tallest building. The high-speed lift whisks you up to the observation deck on the 124th floor in an ear-popping 62 seconds. The view from up there is quite literally breathtakingly expansive.  Back down in the mall, be sure not to miss the 10-million litre Dubai aquarium in the middle of the mall, the Dubai ice-rink, or the spectacular musical fountains outside the centre which rival the Bellagio fountains in Las Vegas for their mesmerising beauty. A quick cab ride away, I was whisked off to the Mall of the Emirates, another huge shopping mall containing two indoor ski slopes, one of which is the world’s first indoor black run – it provides a couple of hours of surprisingly enjoyable skiing and nothing beats the surreal feeling of skiing in the morning and heading for the beach in the afternoon! Dubai’s white sandy beaches are safe and lapped by the warm (bath-temperature!) waters of the Persian Gulf. Choose the beach at Jumeirah to swim with a ringside view of the 7-star Burj Al Arab, or the beach near the marina for a backdrop of sparkling skyscrapers and the cocktail bars of the nearby Royal Mirage hotel. 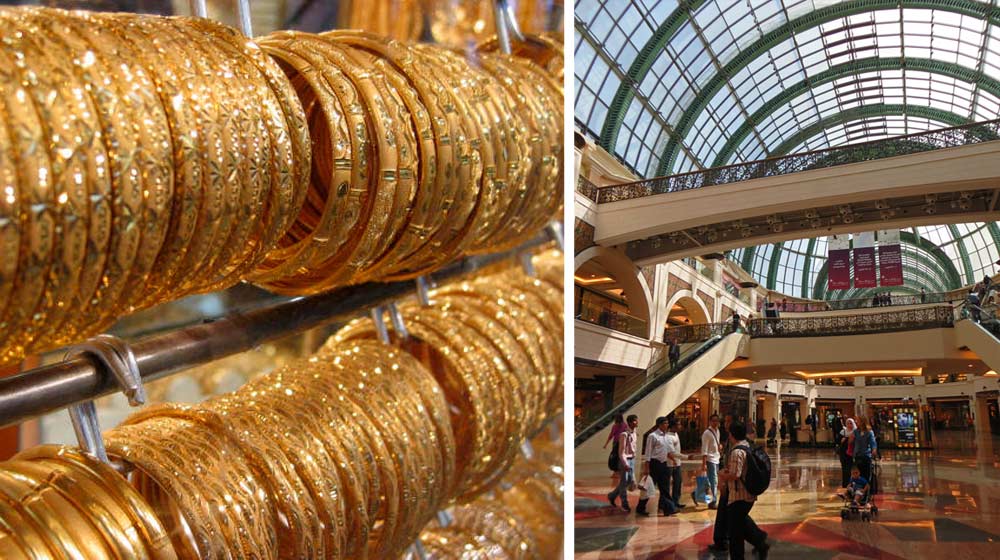 Finish your day at Aquaventure – a massive adventure waterpark adjacent to the Atlantis resort on The Palm, followed by dinner in one of their dozen restaurants, including an outpost of Nobu, before heading for bed before your early-morning flight home.