The flourishing vegetable garden at The Table at De Meye

The story of Jess and Luke Shepherd and how they came to own and run The Table at De Meye Wine Farm is something of a fairytale, they first met through Jess’s twin sister in Stellenbosch when Luke was studying at the university, and set up shop in Stellenbosch, running the former Nook eatery. After a while, they needed a change of pace, and so packed up and moved to Greyton where they stayed for a few months. It wasn’t long however though, that they felt the call of something different and took ownership of The Table.

For Jess, inspiration on what to cook was never a problem, she was always going to cook her food, her way – generous, lovingly prepared food. And with Luke by her side, they were already turning out some of the best eating experiences in the country. Around the beginning of 2015, they began to look at where all of their produce was coming from, despite already using organic ingredients, Luke had the idea to turn some unused space into a vegetable garden. They cleared the lot by hand and put the beds together using reclaimed wine poles from the vineyard. Luke, in particular, has a green-thumbed background with both parents being keen gardeners, growing their own veggies. He and Jess also built a raised bed in the small back garden of their first flat in Stellenbosch. It may just have been some peas, rocket and lettuce, but it was definitely the start of it all for them. 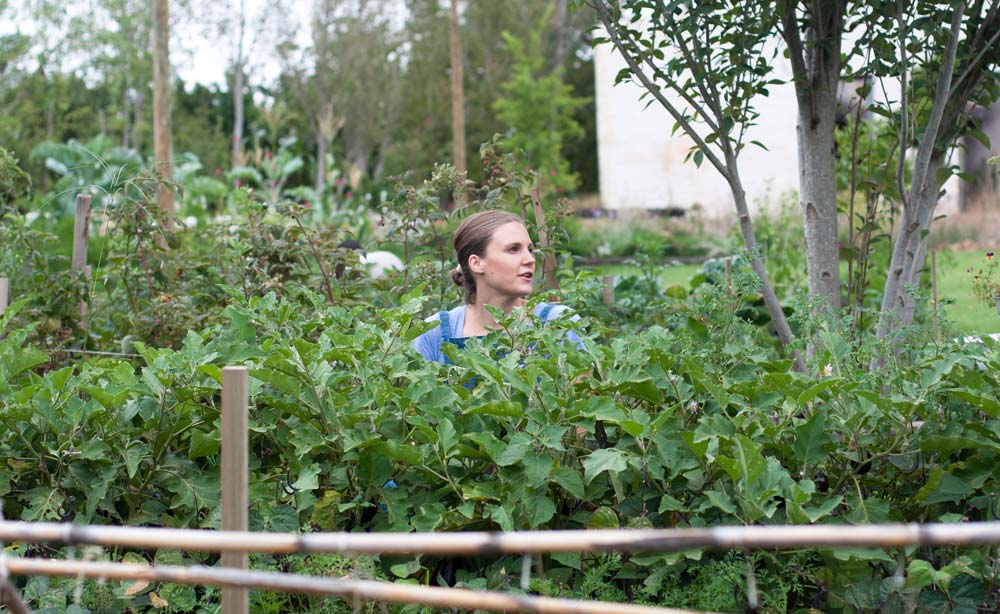 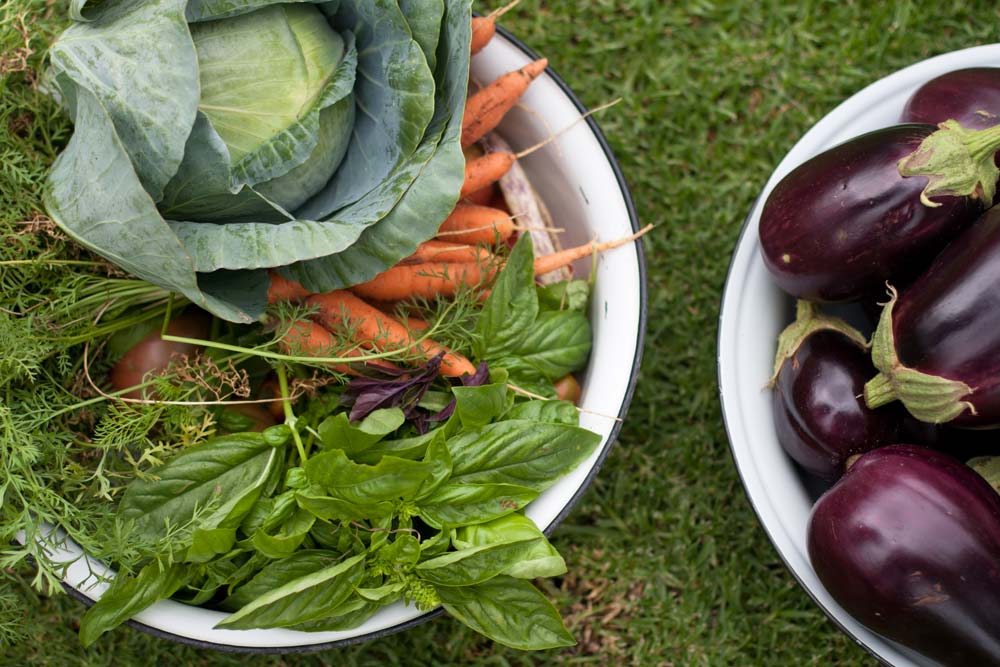 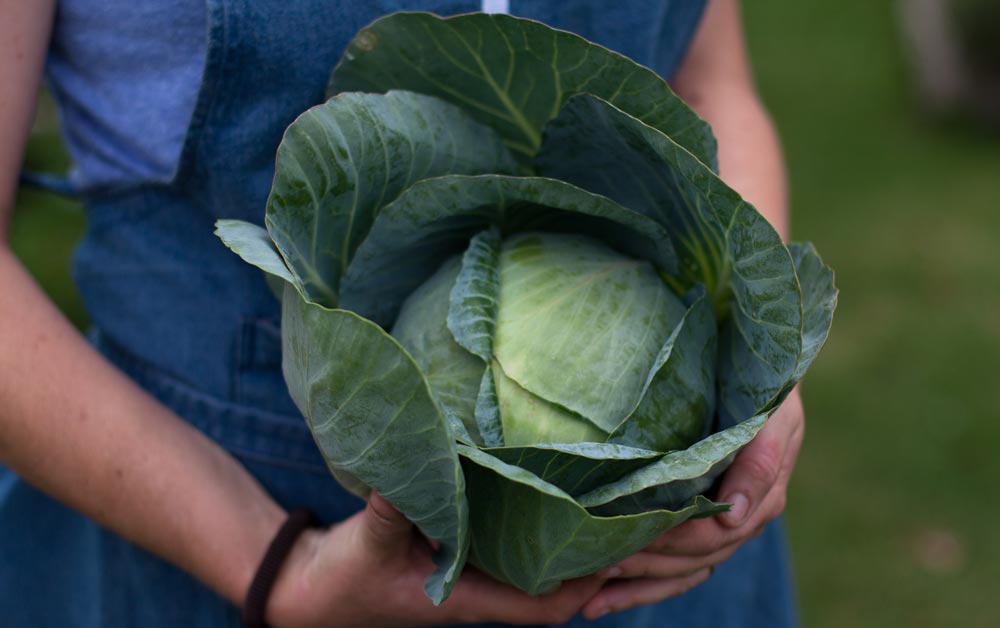 And so, they began to grow every veggie their hearts’ desired; broad beans, aubergines, tomatoes, carrots, lemongrass, the list is endless. And while their garden has mostly been successful, right now the yield of some veggies requires them to change the menu more often. Not that it’s a problem for Jess, as she hates repetition and enjoys the challenge of having to mix things up. Having said that, if you take into account that the garden was built around the beginning of May last year, it truly has flourished and has resulted in plenty of produce. It’s nothing to dismiss, it’s an amazing yield for a garden so young. 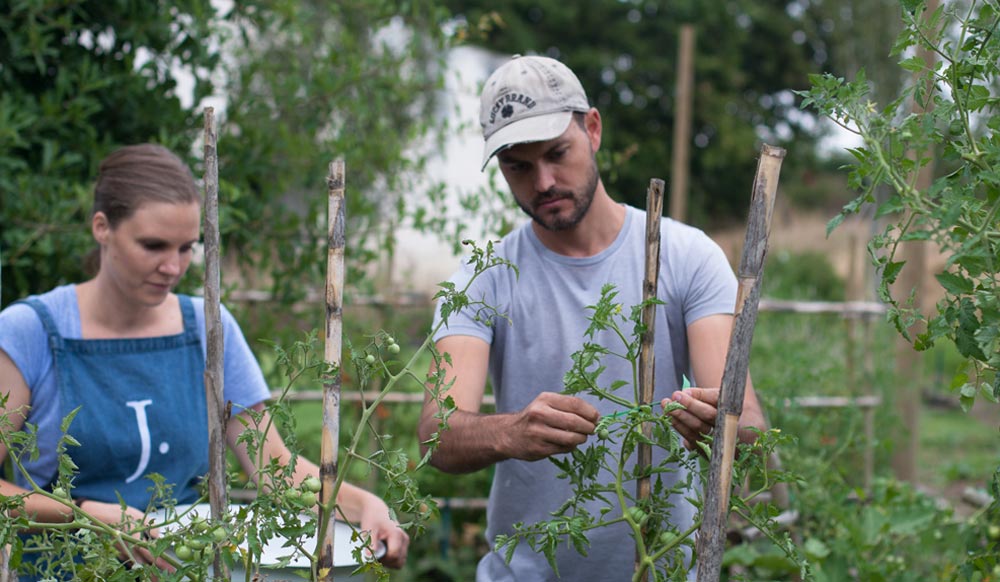 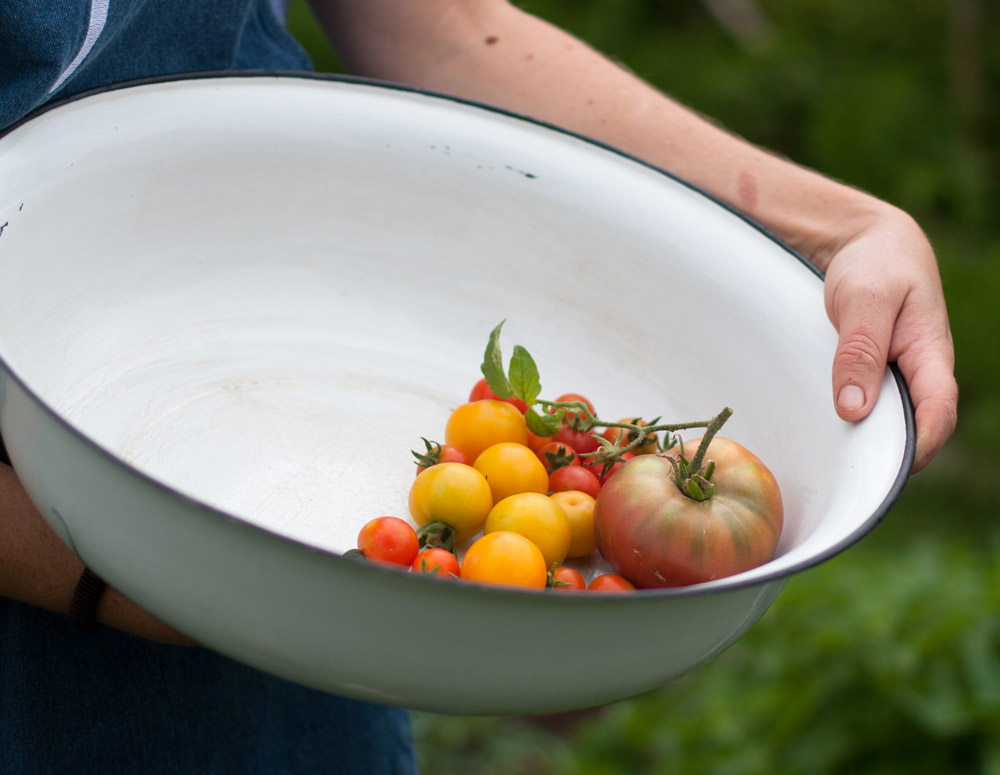 The food that Jess cooks need no introduction. People come from all over the country and the world to eat at her table. The casual, family-style presentation of the dishes mean that guests truly feel a part of the family. The way that Luke and Jess conduct their business is a far cry from other restaurants where there is no thought as to where their food comes from. With free-range meat coming from Ryan Boon in Paarl, her food completes a circle that many chefs should follow. She respects the ingredient and in turn the food that she produces is world-class. Be sure to book a seat at The Table, and when you do, don’t be afraid to ask to see the veggie garden, soon to be upturned to make space for next season’s crop. Overall the experience at The Table is inspiring as well as deliciously satisfying, and you’ll leave the wine farm both full of Jess’s wonderful food, but also full of green ideas you’ll want to put into practice in your own garden. 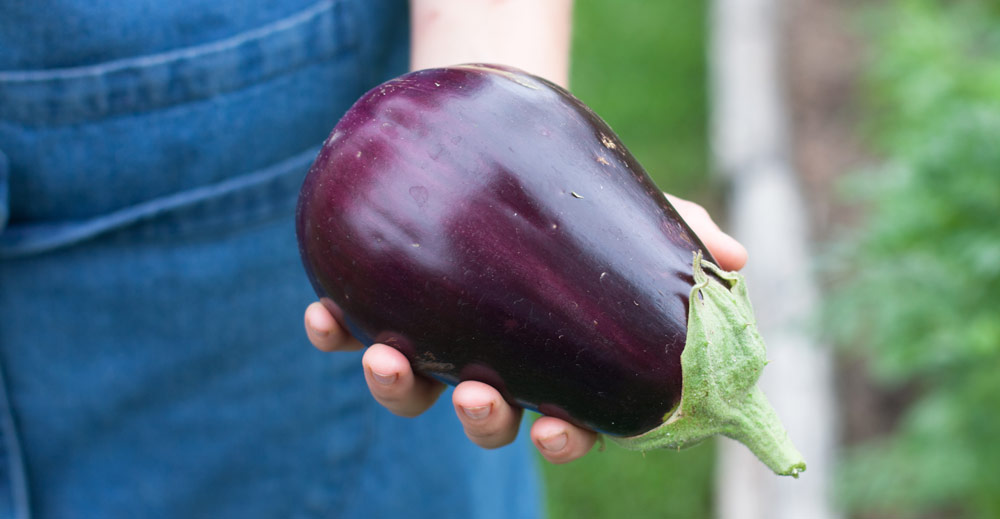 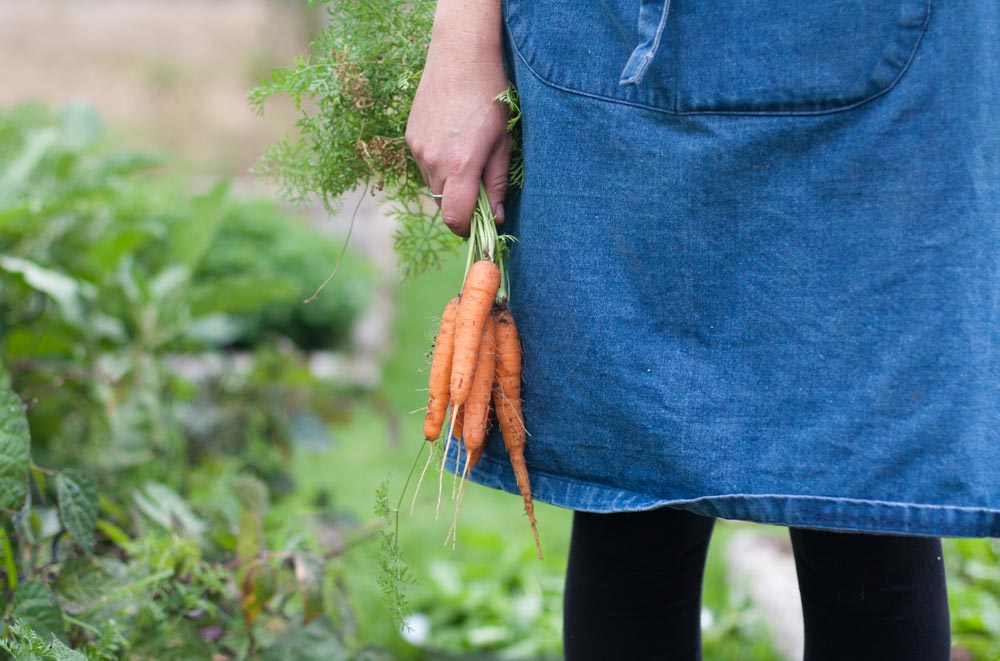