I’ve always been intrigued by the story of Catharina Ras. Tryn, as she was known to her nearest and dearest, was the pioneering force behind Steenberg farm. What was previously Catharina’s Restaurant at Steenberg has been revamped and relaunched as Tryn, and we love this bold new take.

Getting to know Tryn

So who exactly was the paradoxical figure of Catharina Ras? Being newly-widowed at the age of 22, Catharina, disguised herself as a man and boarded a ship from Lübeck, Germany. The ship was bound for the shores of the Cape, where she sought to start a new life. In the 1600s, a time where women had no rights, making her way to a foreign land on her own was a phenomenally brave achievement in itself. She went on to outlive 4 husbands, marry a fifth and give birth to 6 children.

Outliving several of her husbands earned her the nickname ‘The Widow Ras’ and probably gave her pause for thought. Deciding that independence was the key to success, she pursued the idea of becoming a landowner herself – a concept utterly unheard of in those days.

In 1682 she appealed to Governor Simon van der Stel to grant her a tract of land at the foot of Steenberg Mountain. For reasons that are unclear (there are murmurs of an affair, or perhaps he just admired her plucky nature), he granted her the land on lease. In 1685, she was granted the title deed and became the first female landowner. She then proceeded to farm it, hunt on it and continued to live out her days on what is now Steenberg as we know it.

The Legacy of Tryn

In a trying time for women in this country, it seems poignant to remember such a bold and courageous pioneer. The opening of Tryn recognises her spirit and the dedication of two signature wines carries through that recognition – the flagship red blend, Catharina, and the prestige cuvée, Lady R Méthode Cap Classique.

Bone Studio Design have perfectly encapsulated Tryn’s personality with bold and gutsy ruby and jade walls in the private dining areas.  Solid timber and hardy stone convey her strength, whilst delicate layering of textured fabrics and wall effects coat the space with her femininity. 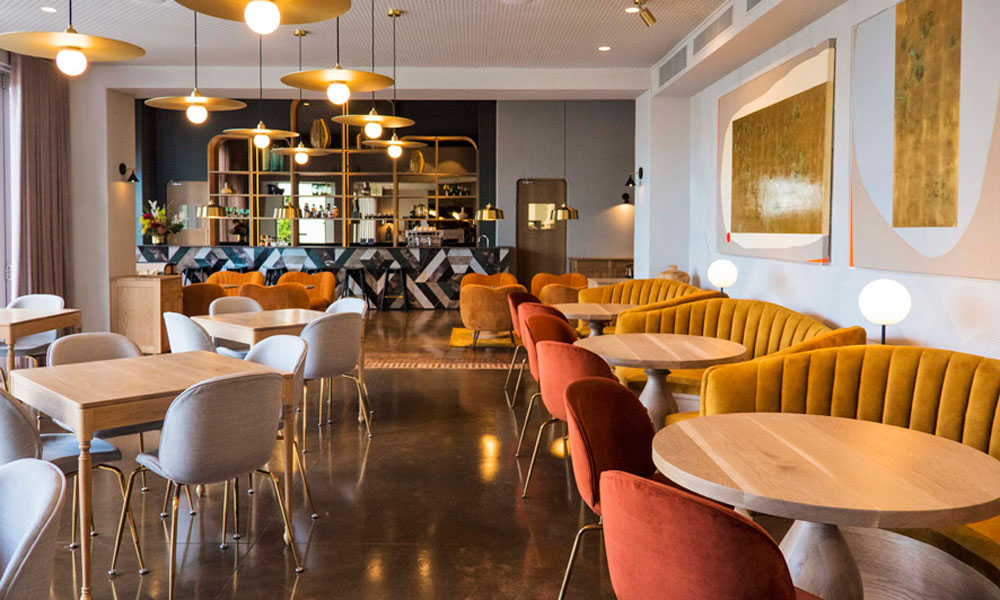 Rich burnt orange and mustard tones in the soft furnishings add scatterings of her feisty character.

An inviting bar draws guests into the heart of the space and beckons after-work encounters either indoors or on the tranquil outstretched terrace overlooking verdant vineyards. 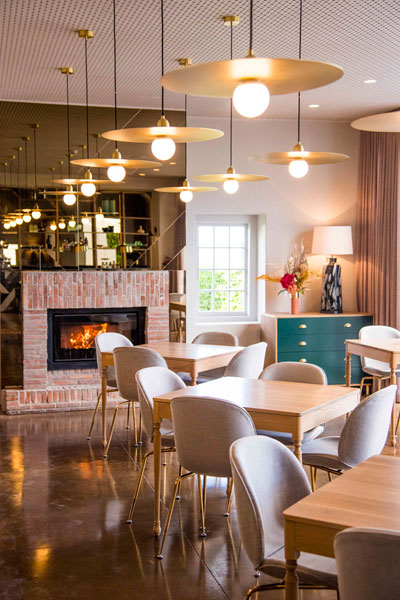 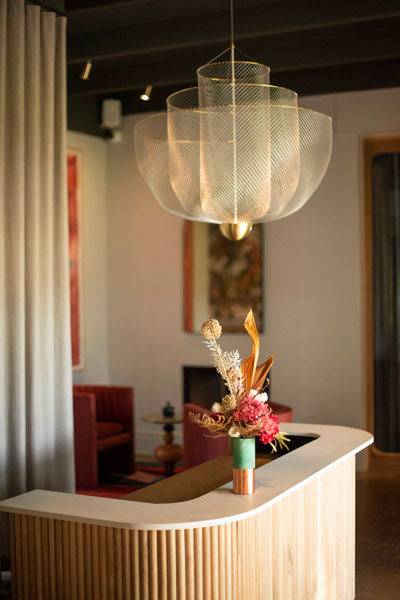 Chef Kerry Kilpin at the Helm

“My team and I are very excited about bringing Catharina into the 21st century with the opening of Tryn, and creating a dining experience that is more connected to her free and feisty spirit,” says Steenberg Executive Chef Kerry Kilpin.

At Tryn, Chef Kerry takes her culinary skills to the next level, featuring an abundance of fresh ingredients, honest flavours and intuitive service. Known for adding a touch of Asian and Middle Eastern flair to her classically prepared food, Chef Kerry enlivens the familiar with exciting twists and flavour combinations to delight all palates. 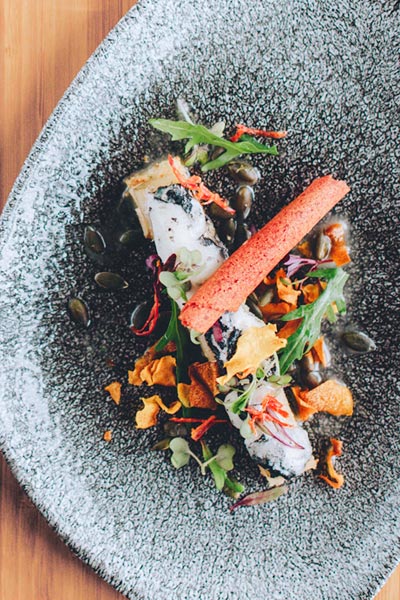 Her menu is accessible and easy to navigate with an ample choice of deliciously prepared dishes. Meat lovers will find all their favourite cuts, while vegetarians can savour Chef Kerry’s signature brand of delectable tastes and textures. Her profound passion for ethically sourced fish also shines through on the Tryn menu.

When it comes to exciting your taste buds, bursts of traditional and exotic flavours are interspersed throughout the menu. Think ponzu, daikon, edamame and sriracha from the East, or sumac, cumin and harissa from North Africa – you will find them all on the Tryn menu. 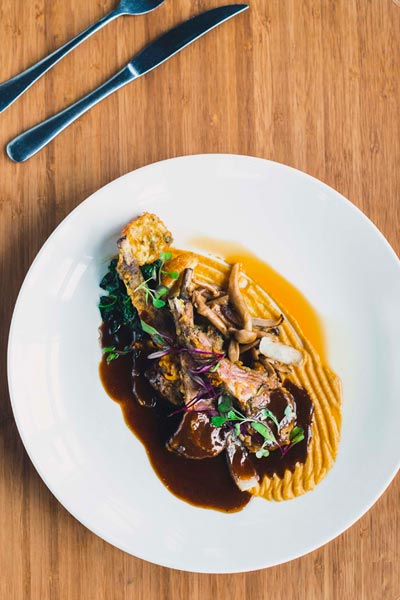 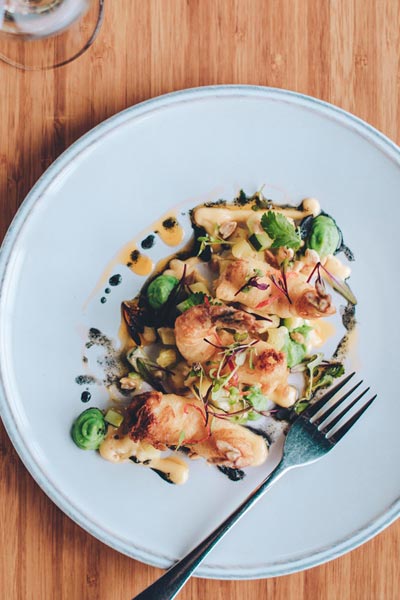 South African heritage ingredients such as rooibos and spekboom also take their rightful place in syrups and chutneys.

When it comes to favourites, we have to mention the incredible goat’s cheese starter, the scallops in vanilla veloute and the calamari, which all wowed. The mains are generous and flavoursome and the passionfruit dessert is a winner.

Tryn pays homage to the original doyenne of female entrepreneurship in South Africa and is a tasteful and fitting tribute. 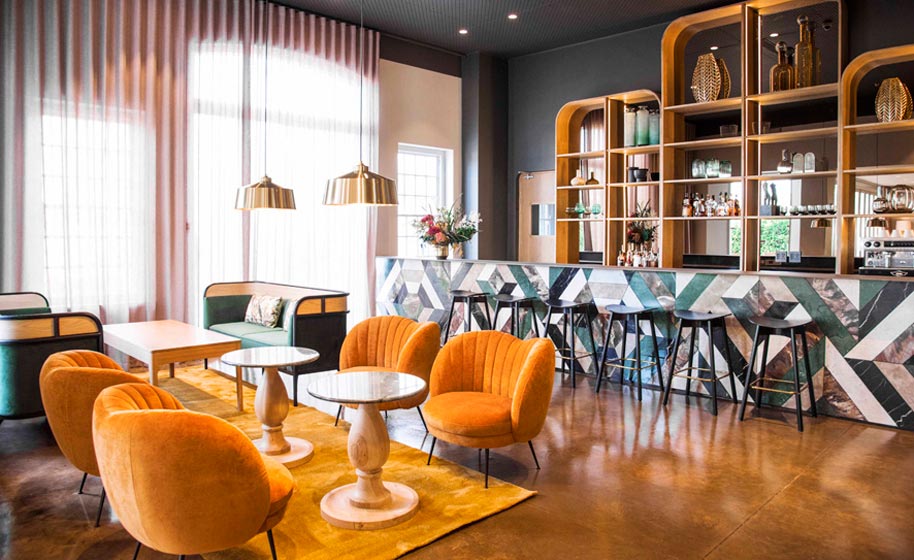 Tryn is open seven days a week for breakfast, lunch and dinner.