Team Masakhane all set for the 2016 IKA Culinary Olympics

The South African National Culinary Team will be competing at the 2016 IKA Culinary Olympics from 22-25 October in Erfurt, Germany, for one of the most prestigious accolades in the culinary world. But first, a quick look at the history of the IKA Culinary Olympics, from where it started till where it is today.

Matthaeus Carl Banzer founded the IKA (Internationale Kochkunst Ausstellung) in 1900. Together with a group of visionary chefs, it was decided that a culinary competition was the best possible platform for sharing information on food and techniques with their neighbouring countries in Europe.

The first competition focused on mass feeding and army catering which was in keeping with the issues of the time. Between the year 1900 and 1934 there were only 6 competitions, being interrupted by World War 1 as well as World War 2. The year 1956 saw the inception of the World Culinary Olympics as we know it today and since then it has been held every four years.

In 1980 South Africa competed for the first time. A team of five, comprising four chefs and a manager, represented South Africa at the Cooking Olympics. In 1984 the team won a bronze medal in the premier Restaurant of Nations competition, missing third place by only a few points. The chefs won a further two gold medals in other events.

Today there are 32 countries competing for the title of Olympic Champion in Cooking. It is here where Nouvelle cuisine first saw the light of day, as did the gold medal-winning dish (1960) of prime rib beef and a baked potato.

To be awarded a gold medal at this event is one of the highest accolades for any chef. The Olympics also provide a showcase for manufacturers and producers to display their latest equipment and new products. Just like any other sport, it is every chef’s dream to represent his or her country at the Culinary Olympics.

The Olympics’ primary objective remains to unite the world through cooking. It is a platform where masters and apprentice teams meet to exchange ideas and learn from each other. Let’s take a closer look at the South African National Culinary team, their emblem “Masakhane” means let’s build together. 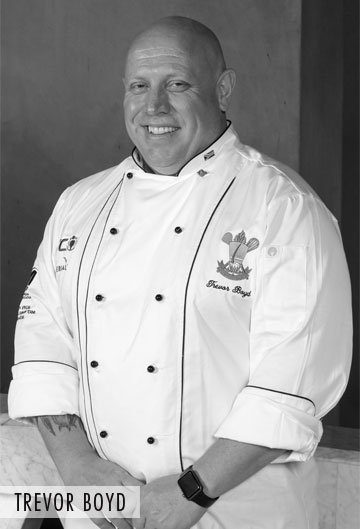 Trevor Boyd’s career as a chef spans 25 years. His love for cooking began to develop at a young age after many hours spent with his mother in the kitchen during his childhood. In 1993 he graduated from the University of the Witwatersrand with a National Diploma in Catering Management.

Trevor has worked under industry legends such as Garth Stroebel and was the executive chef at Tsogo Sun’s InterContinental OR Tambo Airport hotel. Trevor is currently the Executive Chef at the Michelangelo Hotel on Nelson Mandela Square. 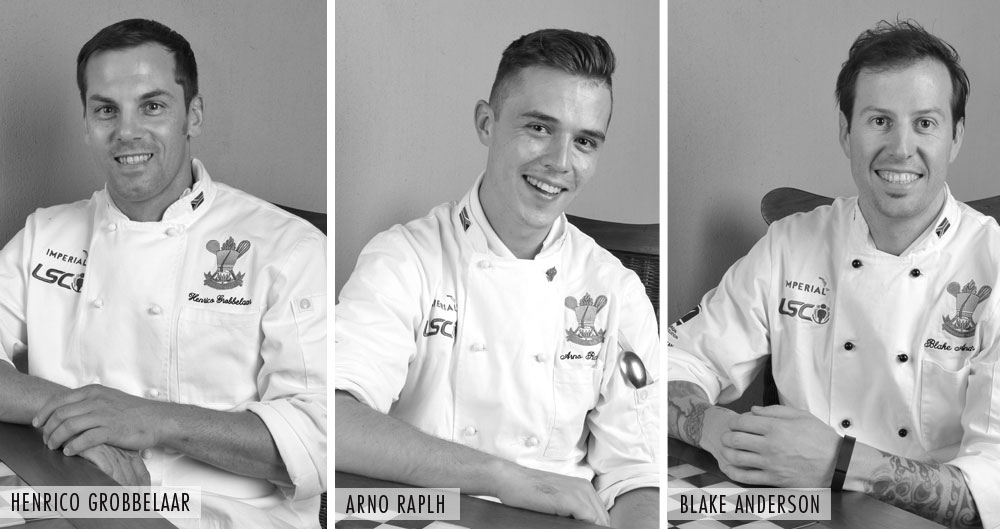 Henrico Grobbelaar is one of South Africa’s most creative and celebrated young chefs winning Sunday Times Chef of the Year 2009 and San Pellegrino International Young Chef of the World 2009. His enviable resumé lists positions including Executive Chef to the World Economic Forum in Switzerland 2010 and 2010 FIFA World Cup.

Arno Ralph’s passion for confectionery and his training at Warwick’s Chef School in Hermanus have benefitted him on his path to becoming one of the pastry chefs on the South African National Culinary Team. Earlier this year he was the winner of the Huletts Sweet Young Chef Competition.

Blake Anderson studied Advanced Hospitality and Catering Management at Allenby Campus / Damelin Management / AHLA completing his qualification in 2002 with a distinction. His entrance into the culinary industry was in 2003 with practical training at Moorcroft Manor, a 5-Star country hotel. In October last year Blake was appointed as Complex Executive Chef at Montecasino which means he now oversees the daily operations of the Tsogo Sun flagship property’s five restaurants – including 3SIXTY Lounge and Billy G – to ensure their effective operation and high standards. 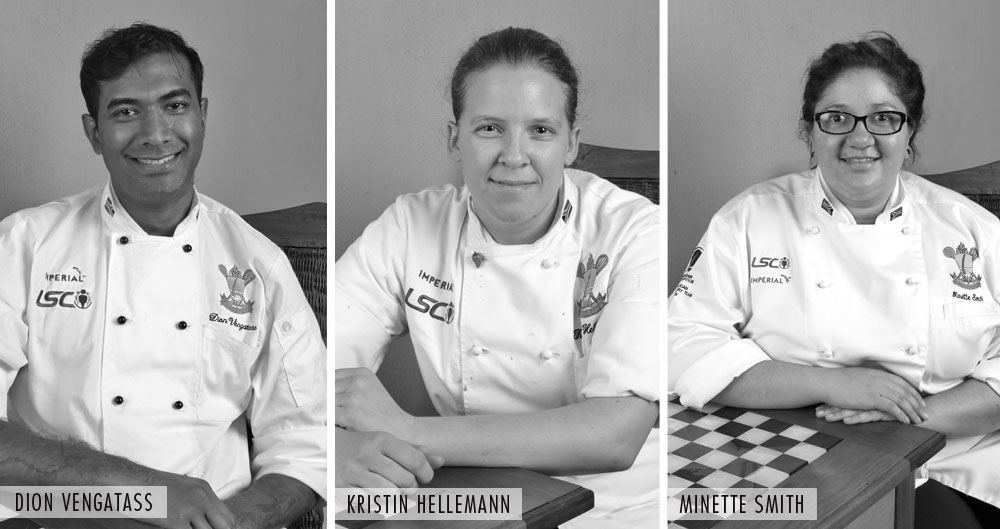 Dion Vengatass grew up around masters of flavour – all his grandmothers and aunts really understood the art of balancing flavours and respecting the ingredients. It was infectious growing up around and inevitable for him to become a chef.Dion studied hotel management at the Swiss Hotel School, but his love for cooking saw him undertaking a self-study programme to become a chef. Dion currently works as a Sous Chef at The Belmond Mount Nelson Hotel in Cape Town.

Kirstin Hellemann went to the UK after high school, where her first experience of the culinary world was in a front of house role. Later on she became a commis chef. After spending two and a half years in the UK she returned to South Africa in 2010 to train at the South African Chefs Academy under chefs Garth Stroebel and Paul Hartmann. Kirstin has worked at well-known hotels including the 12 Apostles Hotel and Spa in Cape Town and award-winning Burrata restaurant in the Old Biscuit Mill. She has won the Unilever Junior Chef of the Year Award in 2013 and Nestle Golden Chef’s Hat Award in 2014. Kirstin is currently working as Chef de Partie at the Mount Nelson hotel in Cape Town at the hotel’s Planet Restaurant.

Minette Smith qualified at the Warwick Chef School in Hermanus where she spent four years working alongside award-winning chef, David Higgs. Her resumé includes working in establishments such as The 12 Apostles Hotel & Spa, The Chesterfield Hotel in Mayfair London, Rust & Vrede, Radisson Blu Gautrain Hotel, Restaurant Mosaic and being the Head Pastry Chef at the Saxon for two years. 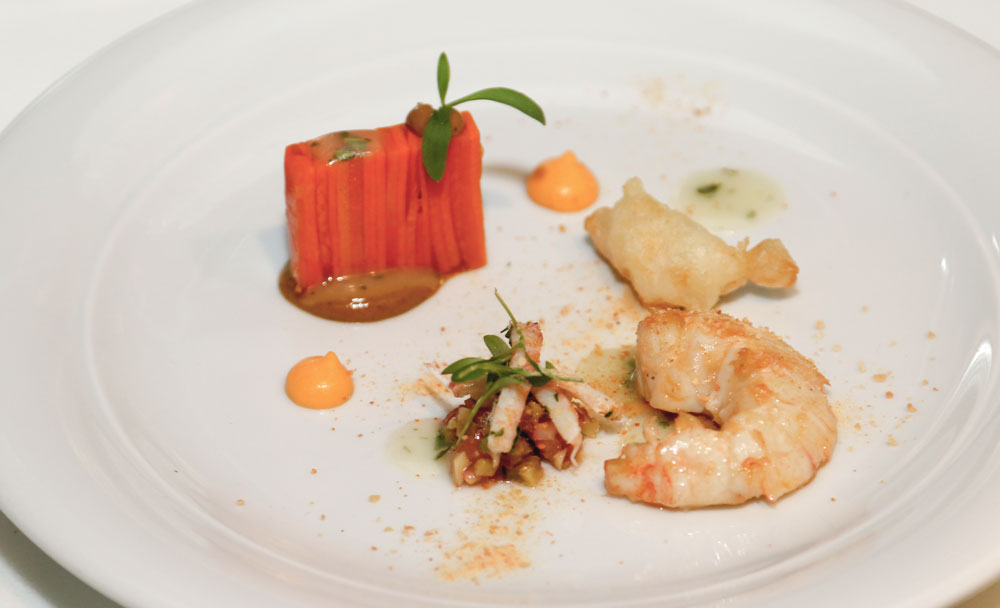 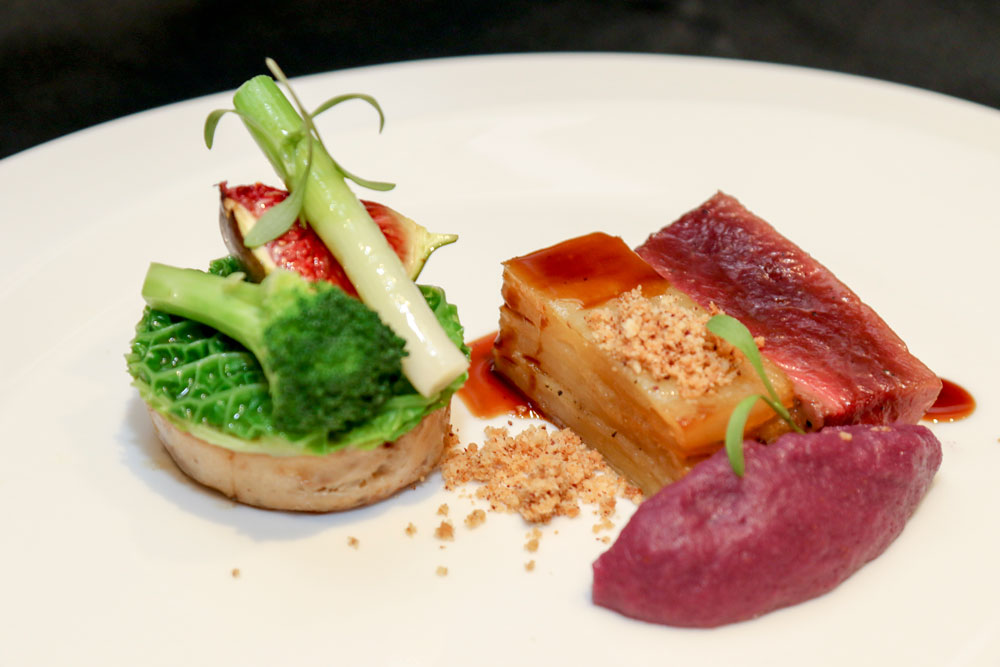 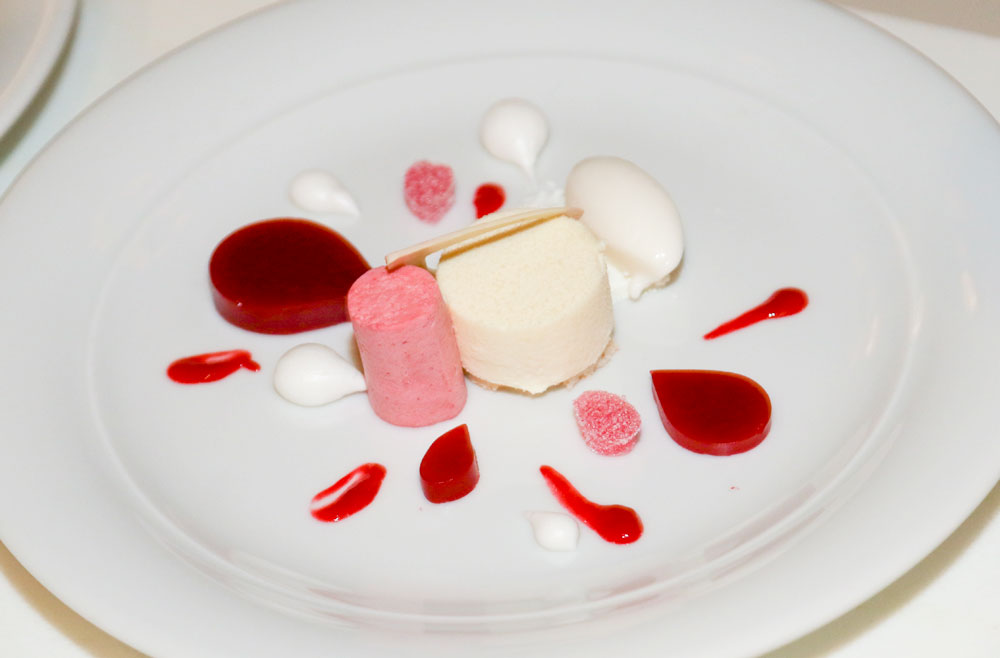 All the teams in the Food Olympics will have five-and-a-half hours to prepare their three-course menus to serve to 110 people.

In 2008, the South African National Culinary team brought back a gold medal in the Hot kitchen section, the first Gold for SA in 16 years. The same year the team was awarded official South African team status by the Department of Arts and Culture’s Bureau of Heraldry.

The South African National Culinary Team’s participation has been made possible through the generous sponsorship of headline sponsor LSC/Imperial, along with partners City Lodge Hotel Group, ChefWorks, Turn ‘n Slice and N1 Restaurant Suppliers. You can support the SA team by using the hashtag #SAOlympicChef.