Talking About All Things Cheesy

Urban Legend… The Story of Cheese

Cheesemaking dates back over 4000 years – according to an urban legend, it was first made completely by accident. Back then, it was popular practice to use animal stomachs (such as sheep or goat) to carry refreshment. It is said that milk was put into such a pouch by an Arab nomad as he travelled on horseback through the desert. In the evening he found that the milk had separated into a lumpy mixture and a watery liquid – curd and whey. This would have happened as a result of the movement of travelling by horseback, plus the heat of the sun and the rennet which occurs naturally in the lining of the stomach. 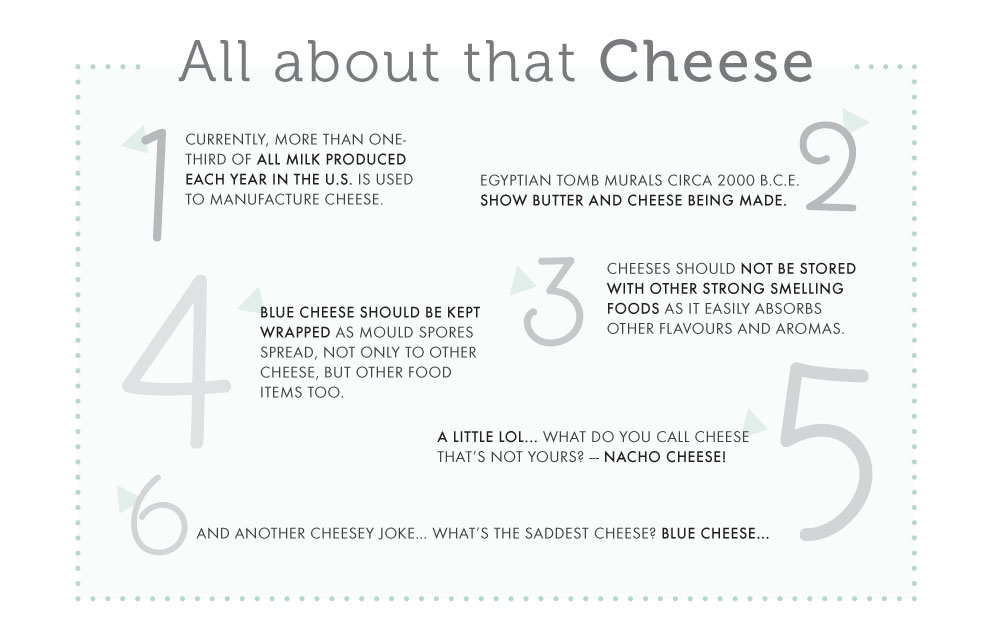 Statistically, South Africans are most partial to Cheddar and Gouda cheese, but branching out and enjoying other varieties is definitely on the up. We have a growing number of artisanal cheeseries producing Jersey, buffalo and goats milk cheeses of global standard.

CHEESES AROUND THE WORLD 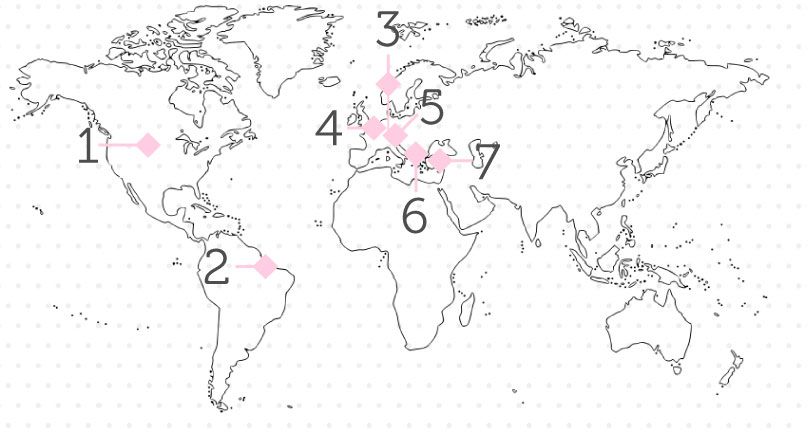 American cheese is a mild processed cheese; individually wrapped pieces are often called singles. Popular for its melting ability it is a favourite in Americana-style dishes like burgers, mac ’n cheese and nachos.

A variety of ‘queijo’ called Catupiry is one of the most popular foods in the country. It is a soft processed cheese that forms part of many traditional meals. If you were dining in Rio, you may be served Catupiry with guava paste for dessert.

Most often ‘ost’ that is depicted in cartoons and drawings is of the ‘holey’ variety. The closest real version of this is Swiss Emmental, which originated in Emmental Switzerland and is often called Swiss cheese. The holes used to be a sign of imperfection, but are now accepted as the look of this cheese.

Unlike the Italians who cook with cheese the French eat ‘fromage’ most often after mains, as a separate course before dessert. Cheeses are often regional and include varieties such as Brie and Munster, from regions of the same name, Camembert from Normandie and Gruyère from the town of Gruyères.

‘Formaggio’ is woven into the fabric of Italian cuisine and presents itself in so many of the dishes that we know and love. Mozzarella, Pecorino, Grana Padano, Parmesan, Gorgonzola and Taleggio are just a few of the favourites.

We couldn’t mention cheese without visiting Greece where Feta hails from. This much-loved white cheese is a favourite through all seasons. Great on summer salads and equally delicious in a creamy soup.

This little island off the coast of Greece is the home of Halloumi, a semi-hard cheese that is perfect for grilling.

How often have you gotten to the end of a piece of Parmigiano and then thrown the rind away? Well here is a little secret from within an Italian kitchen. Next time you reach the end of your portion, think twice before discarding. You can freeze the rinds for up to two months and then drop into a sauce or soup to add a rich, nutty flavour. Simply scoop out and discard before serving.

Click HERE to see a selection of cheesy recipe inspiration.