Take a Walk on the Wild Side: Guided Nature Walks at Bouchard Finlayson with Frank Woodvine

If you ever want to see a working example of how keeping active is the key to staying young, then I would suggest taking a guided nature walk with Frank Woodvine across the extensive grounds the of Bouchard Finlayson Estate near Hermanus. At a dinner the evening before our walk, I’ll admit, I voiced my concerns when I was told that our guide for the two-hour nature walk was 87-years old, I mean, who wouldn’t? But murmurs from those in the know around the table indicated that we should prepare to be surprised. Well, that was an understatement – Frank would give most mountain goats a run for their caprine money. 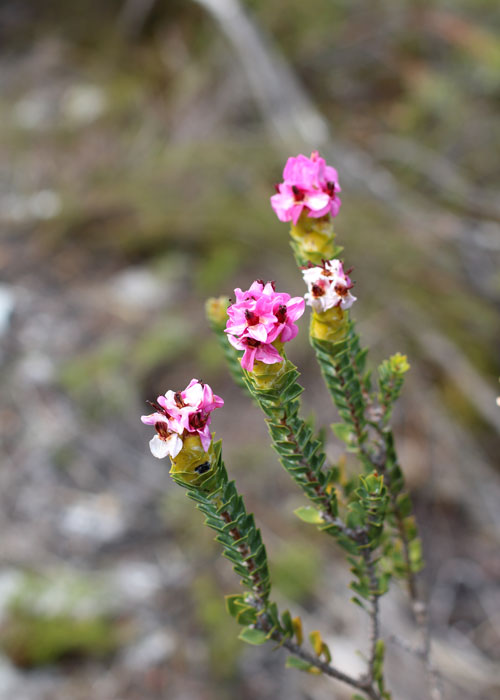 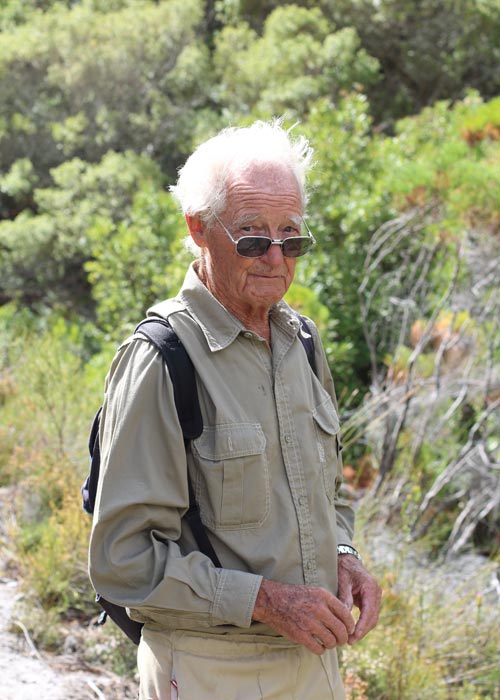 The Bouchard Finlayson Estate is a World Wide Fund for Nature (WWF) Conservation Champion and here, amongst some of the world’s richest biodiversity, Frank is an authority.

When our group of three assembled for the walk, I’ll admit, I was still sceptical as to what this walk would bring, but the minute Frank begins to talk about local flora you can’t help but be swept away by his knowledge and passion for the Cape Floral Kingdom.

Lancashire-born Frank attended Gwydyr Forester Training School North Wales where he completed his diploma in Forestry. In 1953 he began work with the U.K. Forestry Commission and then in 1955 he was lured to work in Rhodesia (now Zimbabwe). What was sold as a milk-and-honey opportunity, ended up being essentially a tent in deepest darkest and only those of extreme mettle would be able to tough it out. Frank and a good mate were those two guys and bit by bit they got to know the environment of this country that was very different from theirs. The worked for some time in the Zambezi Valley in areas that would become the Kariba Dam, as well as in the Mafungabusi Forest Reserve, 160 km from the nearest town!

In 1976 Frank saw an opportunity advertised in a Sunday Times paper to be the curator at Fernkloof Nature Reserve. The promise of a change of scenery and a secure home had Frank and his family up and moved to another far off place – this time, the Hemel-en-Aarde valley in South Africa. This is where Frank has been ever since, remaining in his role as curator at Fernkloof for 20 years before retiring. In this time Frank got to know the ecology of the area intimately and has made the conservation of it his life’s work. 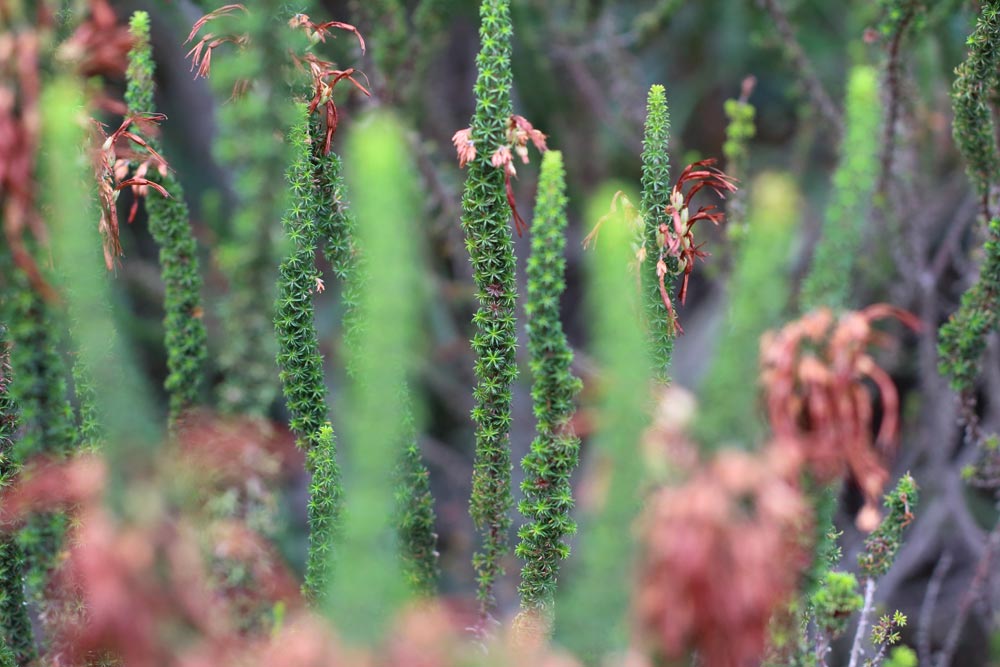 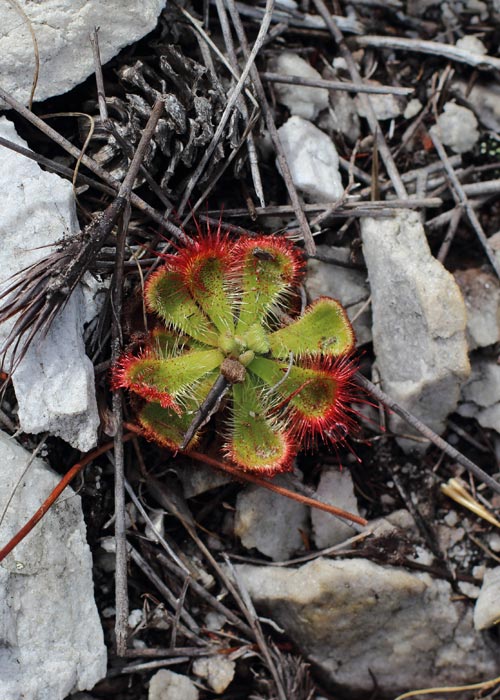 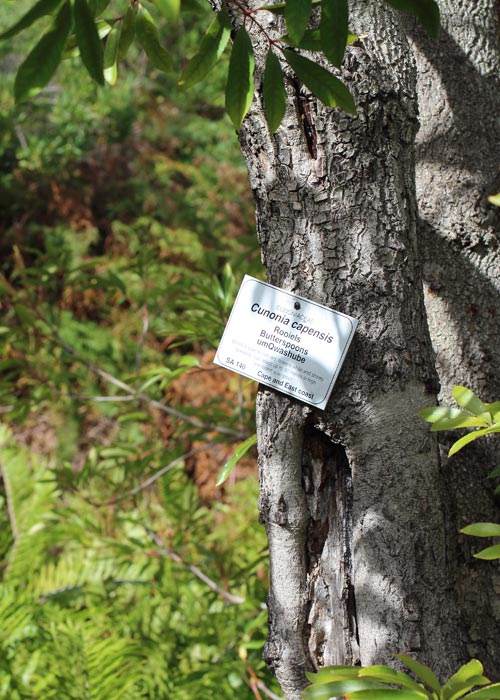 Nowadays, Frank spends a large portion of his time on the Bouchard Finlayson Estate as an environmental consultant. This involves many aspects including removing alien vegetation in the most eco-friendly way possible and creating a composting system from the remnants of winemaking production. He has also laid out these incredible walking trails where he now leads guided walks, educating others about the natural environment. He has also been involved in restoring sections of the estate that have been damaged by flooding and erosion, coaxing the indigenous vegetation back to its rightful place. 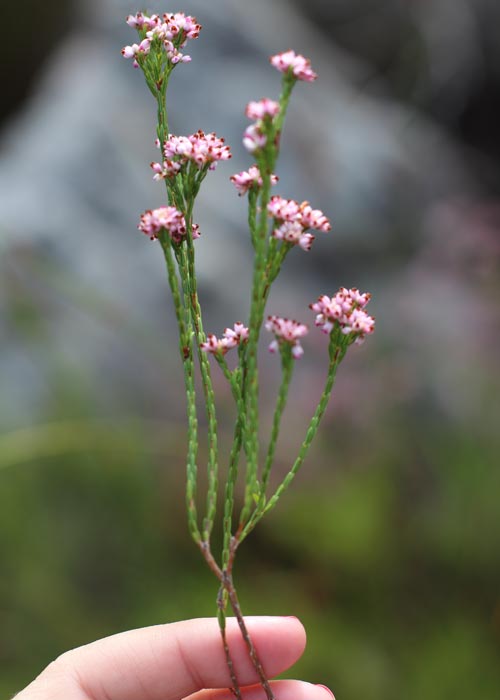 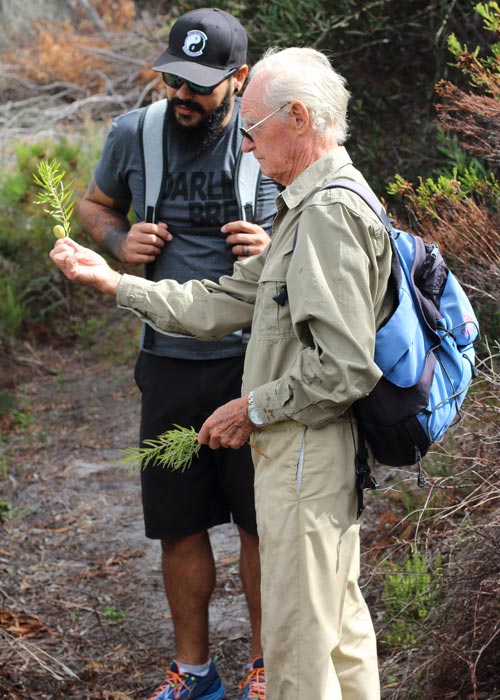 A choice of three different guided walking trails are offered across the estate – 45 minutes, 60 minutes and two and a half hours (at a cost of R300 for up to 6 people). The trails are also available to use free of charge to visitors who prefer self-guided walks (hikers can collect maps and sign indemnity forms at the cellar door). I highly recommend the guided tour though, as the amount of knowledge you will gain is really quite staggering, and, peppered with anecdotes and stories from Frank, it really is a fun and informative morning. Don’t think you’ll be bored with long-winded explanations and Latin plant names you can’t pronounce either, Frank’s years of experience teaching kids and adults alike mean he has lots of clever ways of making things stick. For example, you might not remember the name “Metalasia”, which describes just one of the many types of plants that you’ll encounter along the way, but, you might remember it when you recite “I’ve never met-a-lazier-man-than-you“. You see what he did there? 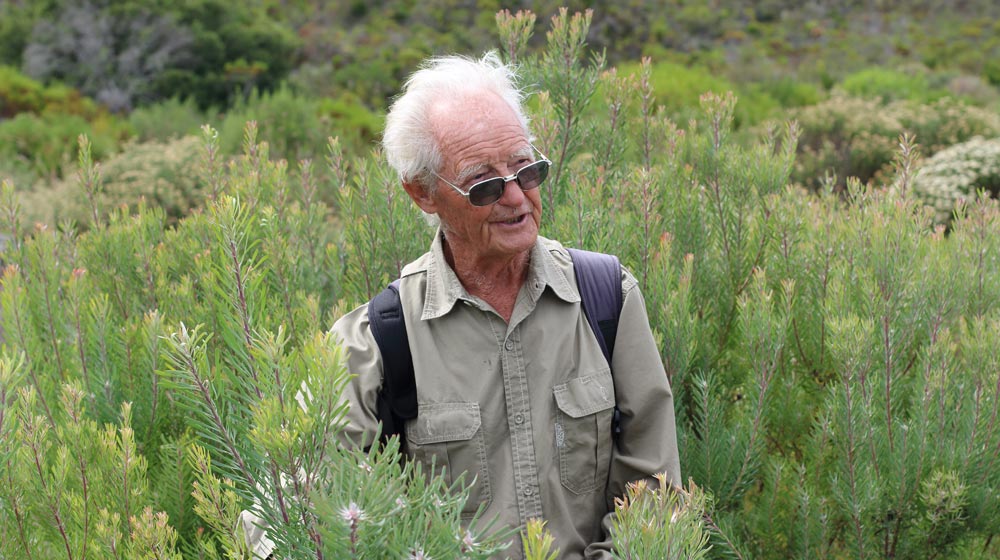 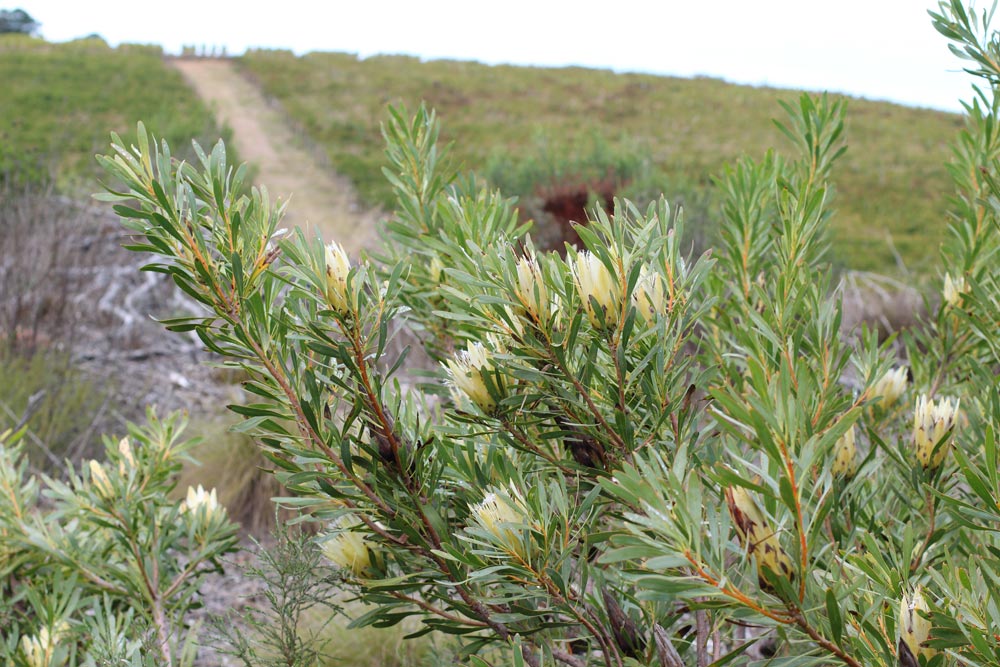 When you start the walk its very easy to just see a mish-mash of plants, one barely distinguishable from the next. Yet, when you experience it through Frank’s eyes, literally every step reveals something new – from the daintiest Erica’s to carnivorous plants underfoot, to porcupine hotels and grysbok spoors.

And don’t let Frank’s age fool you, he moves with the speed of someone who knows those hills intimately, we all found ourselves having to pick up the pace to keep up.

More than 306 plant species have been identified on the Bouchard Finlayson Estate, some of which are scarce and protected, one found by Frank even previously thought to be extinct! You may also spot Blue Cranes, grysbok and mongoose. Guided walking trails with Frank are available throughout the year but are most popular during the spring months when the wildflowers are in bloom after the winter rains. The Red Route (2.5 hours), which we took, incorporates an extended Forest Loop in the Galpin’s kloof. This part of Afro-montane forest is one of the few still surviving on the northern slopes of the Hemel-en-Aarde Valley and carries some fine specimens of indigenous trees. The Forest Loop trail reaches a small, grassy sward at the foot of a waterfall that is ideal for a picnic, so, if you can, pack some refreshments into a backpack before you head out. 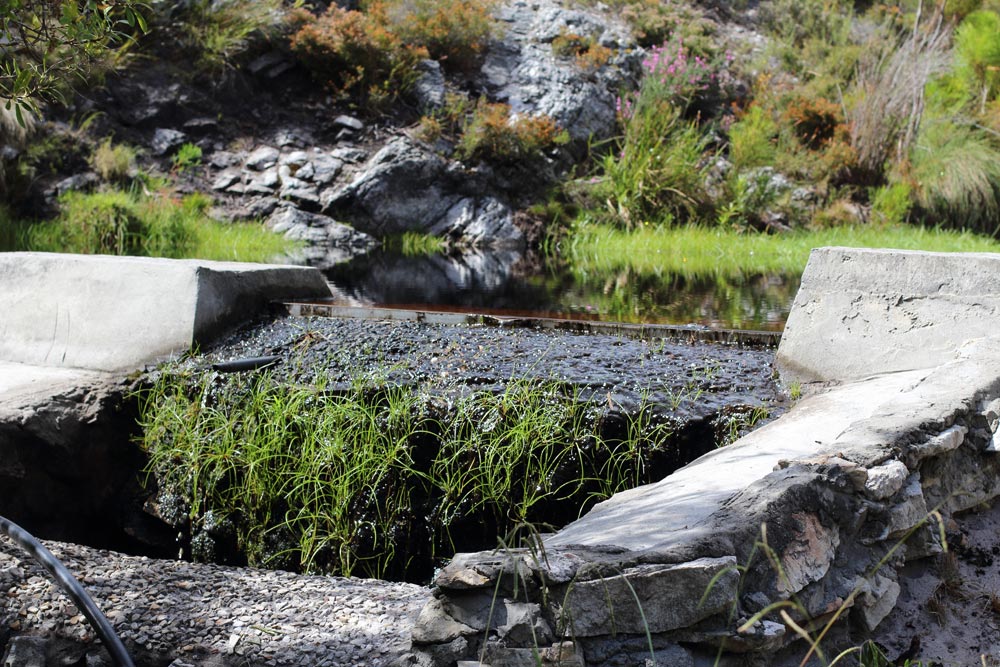 Whichever route you choose to take, I urge you to make this nature walk a part of your next visit to the Hemel-en-Aarde valley. You’ll get a great few hours of fresh air and exercise and you’ll leave with a real appreciation for the flora of this area. Even if you aren’t remotely interested in plants, I guarantee you’ll walk away seeing fynbos and flora in a very different light. To reward yourself for your calories burned and newly acquired environmental awareness, you can round off your day at the Bouchard Finlayson tasting room and experience some of the best Chardonnay and Pinot Noir on offer in the country. 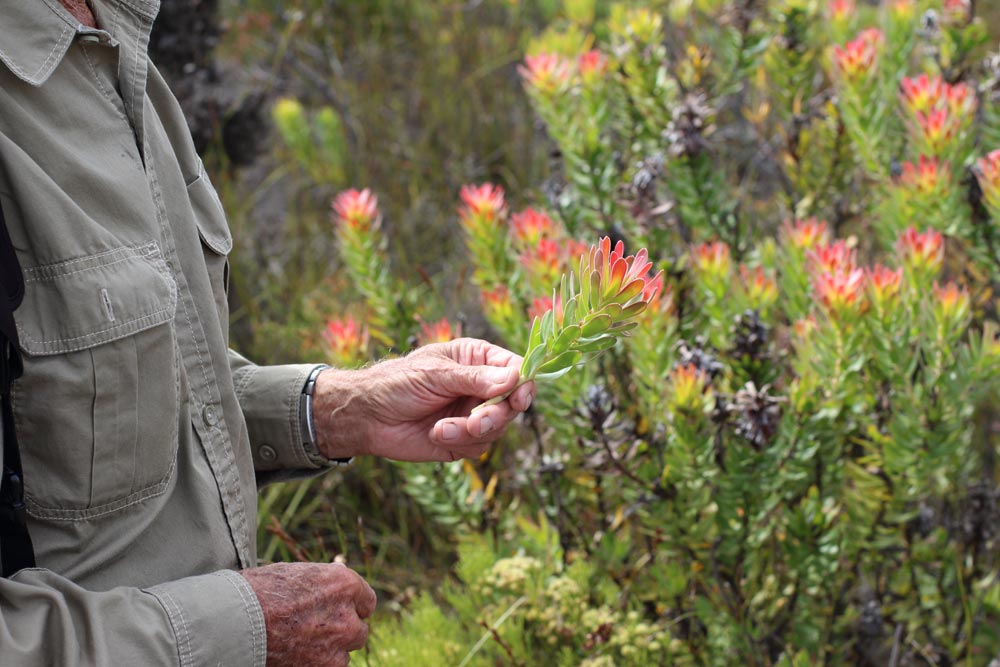 Situated on the R320 near Hermanus, Bouchard Finlayson vineyard and winery is open for tastings and sales Monday to Friday from 09h00 to 17h00 and on Saturdays from 10h00 to 13h00.

Walking trails: 45 minutes, 60 minutes and 2.5 hours are available. The cost is R300 for up to 6 people, thereafter an additional R50 per person is charged.  A maximum of 12 people in a group. For those who prefer to do a self-guided walk – please collect a map and sign indemnity forms at the cellar door.