So, you’ve heard of trail running, long distance, endurance and track running but have you heard of sky running? Admittedly, we hadn’t and it was quite surprising to discover that the discipline has been around for about 25 years already. So, what exactly is skyrunning? It sounds like something out of a fantasy novel that would require special powers, and, while it definitely does require a special level of athlete, it is, in fact, an earthbound competitive sport.

In technical terms, it is described by the International Skyrunning Federation, as “running in the mountains above 2,000m altitude where the climbing difficulty does not exceed II° grade and the incline is over 30%”.

Loosely translated in layman’s terms, it means running at extremely high altitudes across seriously tough terrain where most of us wouldn’t dare to tread, usually in really tough climatic conditions.

Lucky Miya is one of the athletes leading the way in sky running in South Africa, having competed internationally in the sport. We chat to Lucky about the sport and his career… 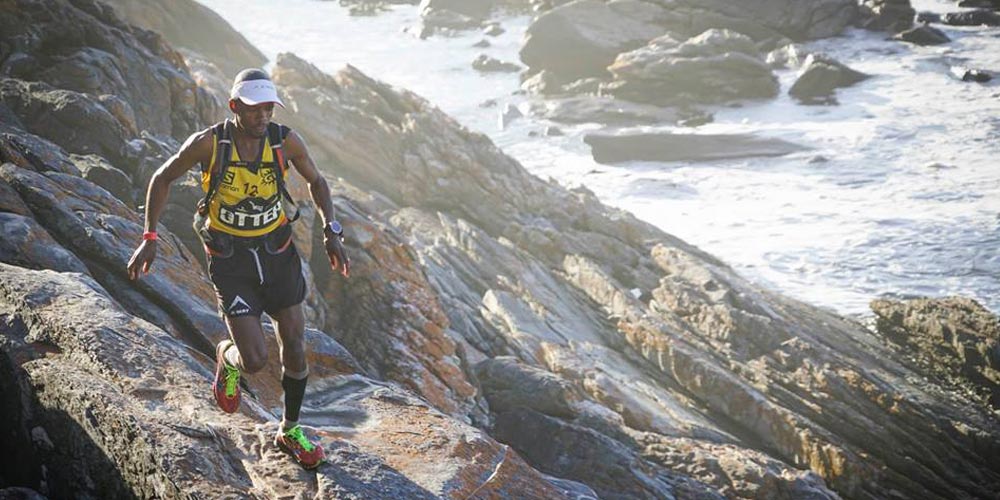 Can you tell us a little about your childhood where you grew up and what sports you did at school?

I grew up in Qwaqwa in the Free State, and, like most children in rural areas children, I was exposed mostly to soccer.  I only used to run during athletics season at school and when I failed to go on the next level I continued playing soccer. Soccer was my first priority but I wasn’t that good at it. I would attend the training full time but, come game time, I was always on the bench. In 1997, during athletics season, I was approached by a guy who told me that I could be a good runner and that I should stop playing soccer and focus on running.

I joined the SAPS club in Phuthaditjhaba which was about 12km away from where I lived. It was quite a challenge as I was supposed to go and train there after school but sometimes I would not have the taxi money to get there. My first race was the Surrender Hill 21km in 1997; I was 16 years old and I did it in 1hr:19min.  Since then I haven’t stopped.

So how did you become a professional trail runner?

Since that first race in 1997 I  have done road, cross country and track running. I dominated across all three disciplines and qualified to represent my province at national championships all over the country. Unfortunately, my dreams of representing South Africa didn’t come true due to the stiff/tough competition. From 2009 I decided to switch to trail running and from the word go I was dominating as one of the top trail runners in SA.

Can you tell us the difference between trail running and sky running?

Trail running is any off road running consisting of jeep track, single track, rocky section, some twist and turns in the forest, steep uphill and downhill and river crossing which is tough. Sky running will also consist of all the above but the trails are in mountainous areas of high altitudes (above 2000 m sea level). The routes are extremely technical with 1800m elevation gain or higher.

You were part of the SA team that took part in the World Championship Sky running. Can you tell us about that experience?

It was in Barruera, Spain; the weather conditions were perfect for a sky running marathon – partly cloudy but sunny. The course was extremely tough, very technical and steep, more so than I expected. With over 2000m altitude and over 3000m of vertical gain made it one of the most difficult races that I have ever run.

My legs felt heavy from the start but I tried to put that out of my mind. I thought after about an hour of running that I would be good but wasn’t to be. It became harder to move forward after 15 km. Fortunately I didn’t have a problem with altitude but that may be is because I wasn’t pushing at my best!

The last climb, which was between 23 km and 28 km of the race, was the most difficult for me – it was very steep with some zigzag and my legs were tired already. I adjusted my strategy from running hard to going comfortably so I would be able to complete the race.

Being able to cross the finish line under those tough circumstances and knowing thousands of South Africans were following and were fully behind me for the entire race, made me a proud South African! 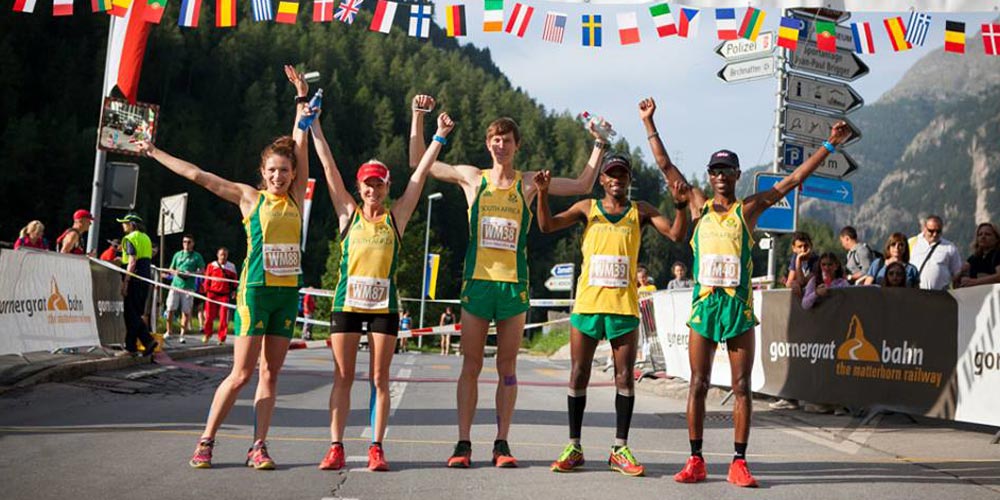 What has been the most challenging moment in your life and how did you overcome it?

Being responsible for myself and my younger brother from the age of 15. My parents had to work far away from home and left me to take care of my young brother –  it was the only way to get the food on the table. It was hard but I survived. By believing, hoping and being strong I managed to overcome all the frustrations of that youthful age. I believe I managed to get through by understanding the difference between right and wrong and by consistently doing the right thing. It was only the option for me and the eagerness to be successful in order to change my family situation was my priority.

Globally when children grow up in communities that are historically disenfranchised often the most likely outcome is illegal activity in adulthood. From your own experience, how can kids, parents and communities combat this through sport?

Support for parents and children is very lacking in these communities. There needs to be greater involvement in children’s education and especially in encouraging sports activities. Parents need to be more present while kids are practising sports, encouraging and motivating them to boost their morale. It will make them hungry to achieve, which will push them to reach their goals leaving less time to think about the illegal activities going on around them.

As a trail runner is there a particular diet you stick to, to aid in your running?

I don’t have any specific diet that I stick to but I do always try to eat as healthily as I can – veggies and fruits will always be in my daily meals.

When you not running you are…? Spending time with my family – I always try to give them enough time as my daily schedule is busy.

The person you would love to meet…? Kilian Jornet, World Best Skyrunning Champ. I saw him at a distance in 2014 but I would still love to meet and have a chat with this remarkable person.

You wouldn’t be here without … in your life? My mother, a strong woman who has been supportive no matter how tough things were. 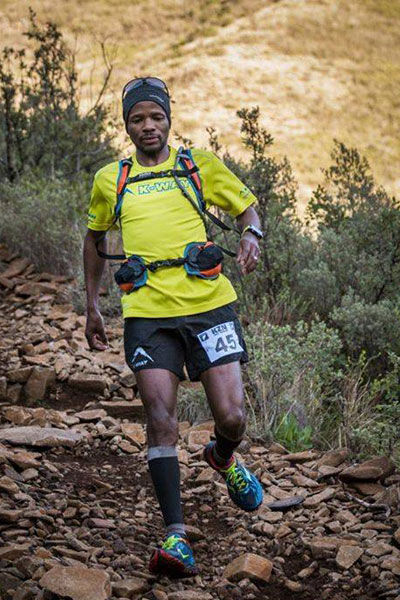 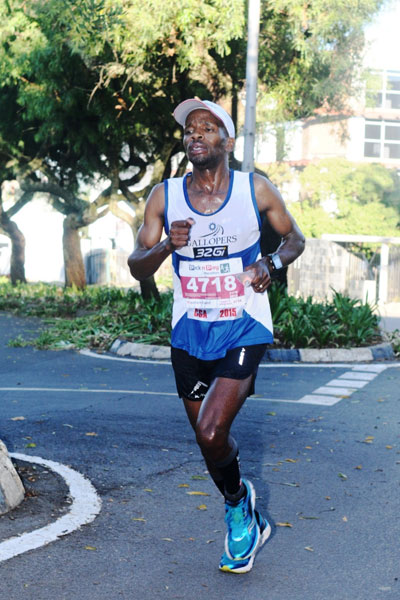