Galleries and museums can be daunting if you feel like art intimidates you. The thing is though, the reason they exist is really the exact opposite of that, they are there to share art and to champion and tell the stories of the artists who create it. That’s why we were excited to visit the brand new, and architecturally striking, Norval Foundation and The Skotnes Restaurant and Bar in Steenberg , where the mindset is inclusive and the idea is to break down barriers not build them. 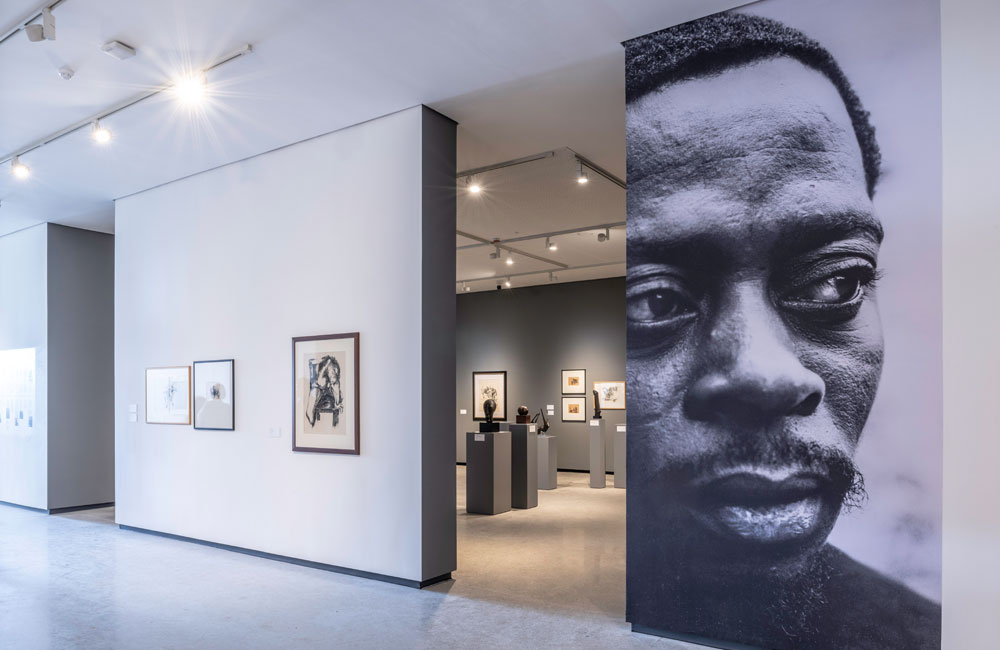 Norval Foundation museum is a project of the Norval family; it is headed up by Executive Director Elana Brundyn and a highly skilled team of curators and art specialists. The project itself has a couple of objectives but one of the core ones being to make art accessible to all. To this end, entry for under 18s is always free and on Mondays, the museum is free for everyone. Another core principle of the project is to educate and several initiatives are in play to engage local schools and the like.

At first glance, you may think the building is out of context for the quiet suburban area that is peppered with Cape Dutch style wine estates and buildings. However, on closer inspection, you will see how the design (by dhk architects) has in fact been thoughtfully planned to completely integrate into the surroundings.

Several considerations have been undertaken to ensure that during the build and onwards into the future, the museum homogenizes with the landscape and in fact, adds to it.

It has been built with sustainability as a key focus with a water purification system and solar panels giving a measure of independence from the grid. 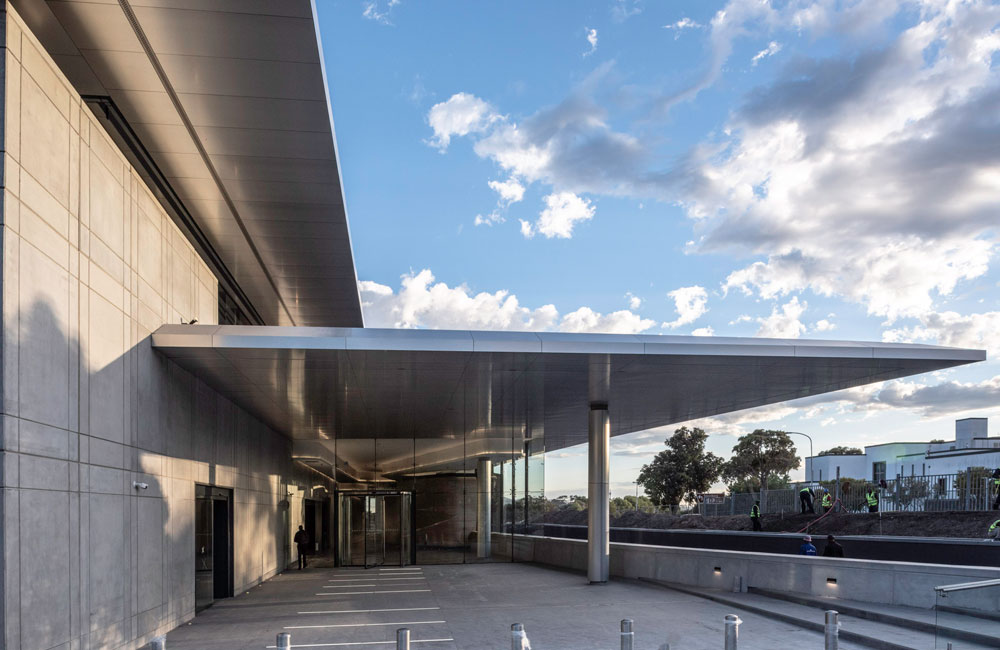 One of the foremost considerations was that the building is backed by an extremely sensitive freshwater wetland area, which needed to remain intact. Horticulturist, Keith Kirsten, was brought in to rehabilitate the area, to guide the removal of invasive plants and to landscape a biodiverse garden. 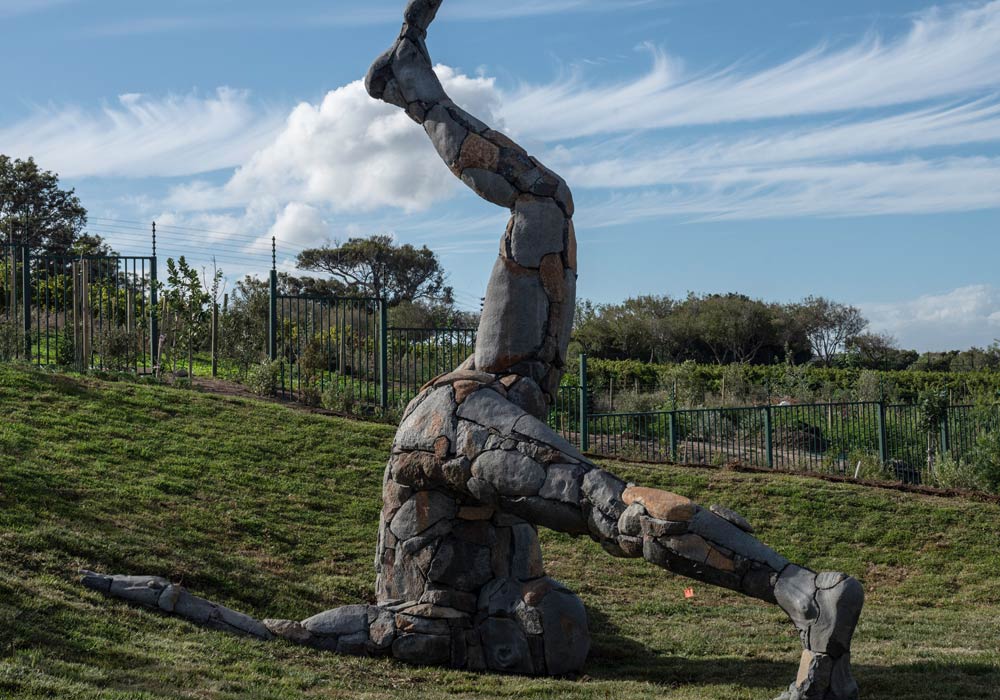 The garden has been studded with sculptures that are an extension of the museum. The wetlands area forms the entire view from the back of the gallery and the deck of The Skotnes Restaurant and Bar. There is even an underground tunnel that links the wetland to the other side of the main road and is a pathway for the endangered Western Leopard Toad to cross safely.

Something you really need to see that is currently on display is the Villa exhibition, including the 7-tonne steel sculpture ‘Africa’ (1959) by artist Edoardo Villa. The sheer size of the piece is a marvel but thinking about the logistics of getting it into the stunning glass-fronted atrium-style exhibition space will give you goosebumps. 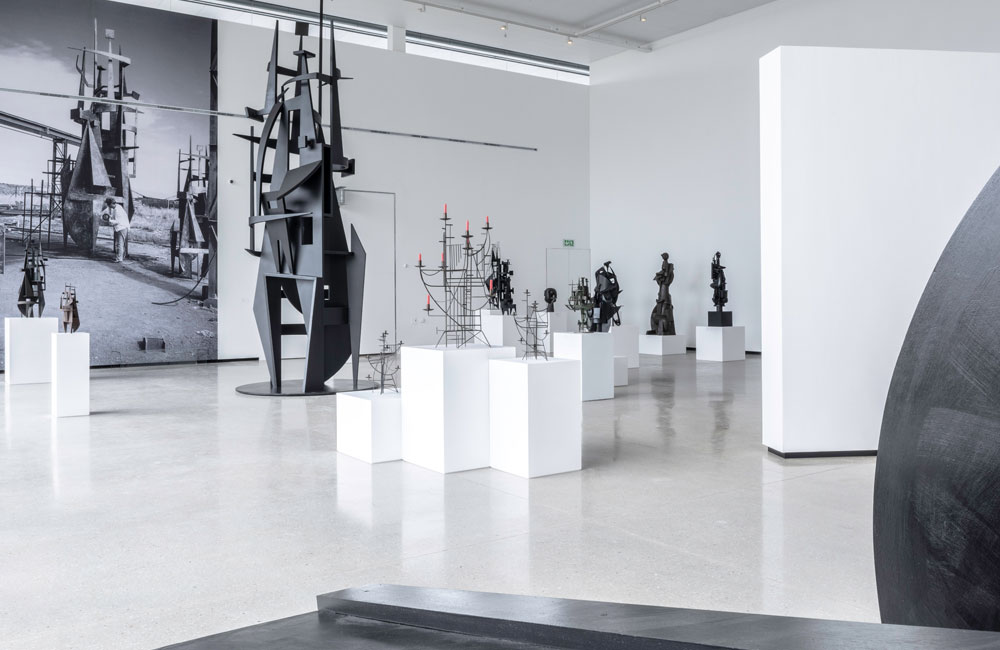 The Skotnes Restaurant and Bar

When you visit Norval Foundation, be sure to set aside time to not only browse the exhibitions but also to stop off for lunch (or dinner) at The Skotnes Restaurant and Bar. Named for famed South African artist Cecil Skotnes, the restaurant is headed up by chef Philip de Villiers and highlights South African flavours in a unique way.

The décor is an extension of the museum, with clean lines and elegant, contemporary finishings. The view of the sculpture garden and the open-plan kitchen form focal points. 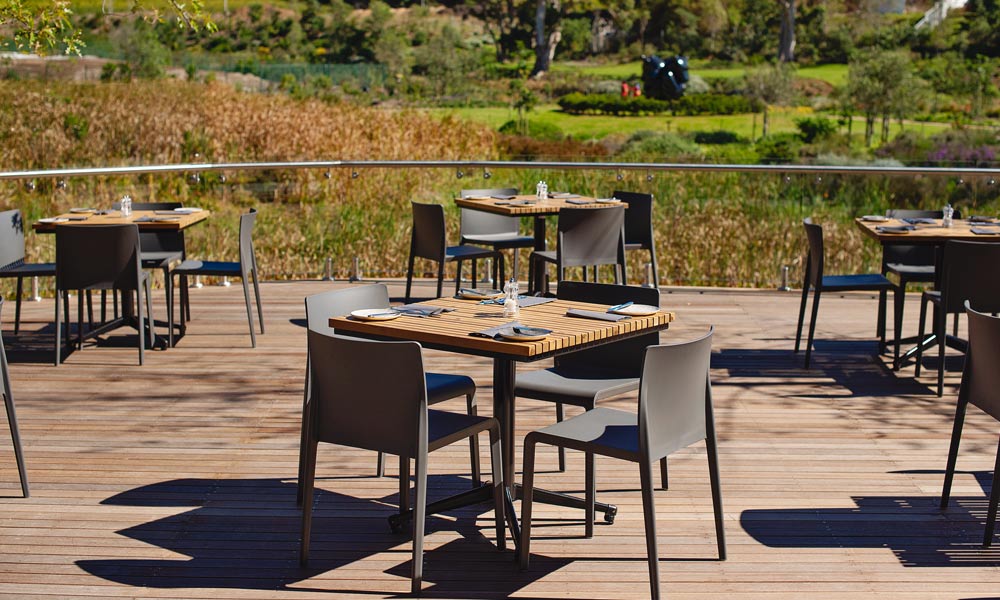 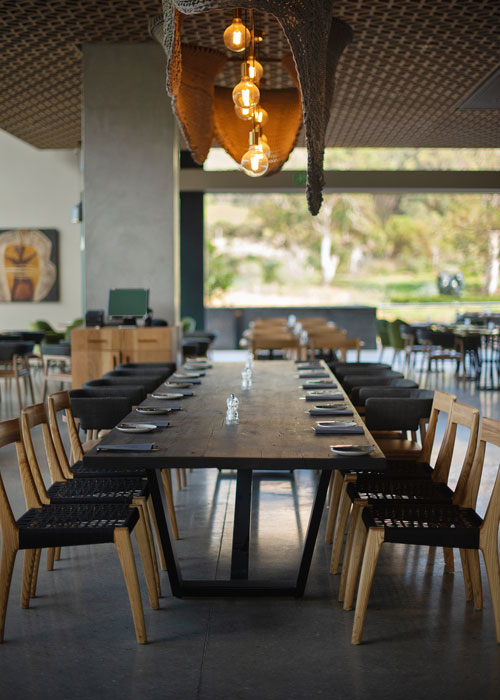 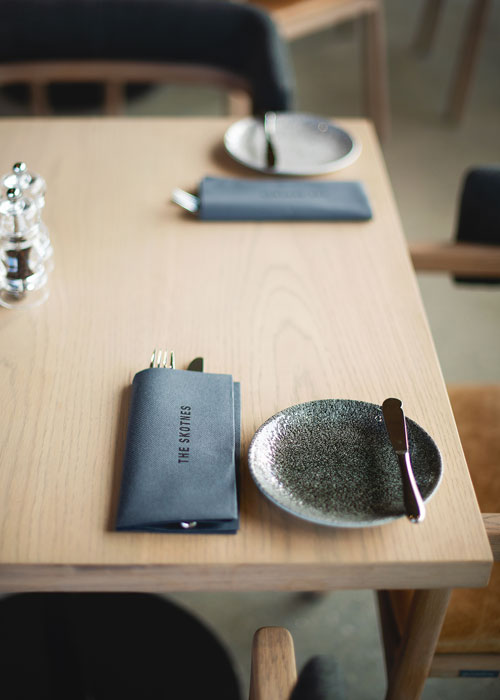 To start our meal, we selected the grilled calamari with the promise of crispy tentacles and sweetcorn mielie pap. The dish delivered exactly that, with a creamy pap base, perfectly tender calamari and crunch from fried tentacles on top. The second starter delivered a punch of flavour – delicate linefish crudo, topped with a crisp savoury wafer and a hit of acidity from lemon atchar.

As a commitment to local produce and an ode to South African flavours, mains consisted of a ribeye steak with deep fried bites of bone marrow and a cheese, tomato and onion braaibroodjie on the side.

The second main paid homage to Cape Malay cuisine – a deconstructed lamb shoulder dish, which drew inspiration from the flavours of a traditional bobotie. Yellow rice with toasted coconut through it completed this flavoursome and aromatic dish. 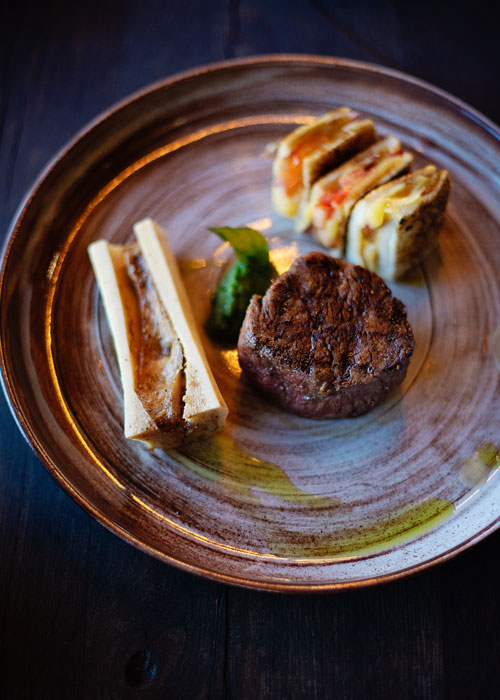 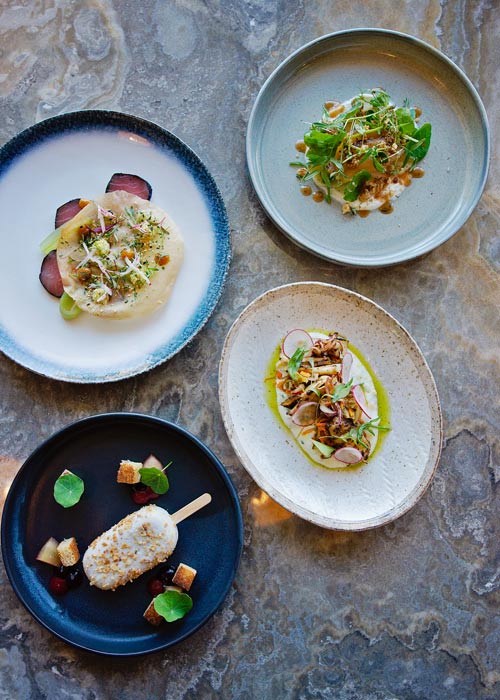 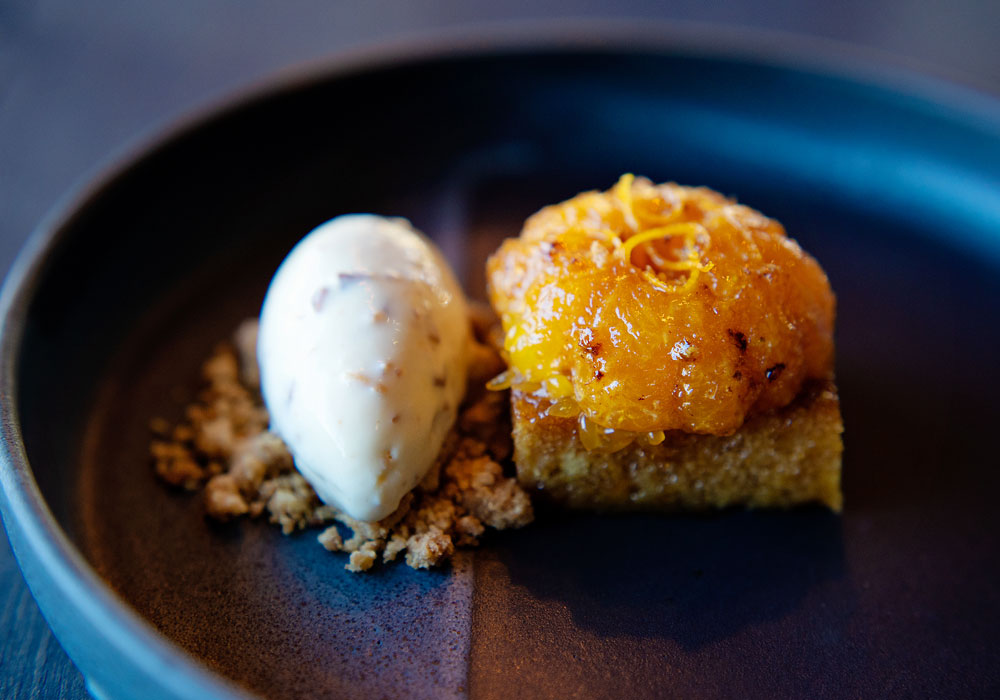 An Ode to Art

Norval Foundation really is a celebration of art in a non-confronting way. While the utmost care and consideration have gone into the design of the building, its surroundings and the curation of the exhibitions, there is an emphasis on keeping it approachable. 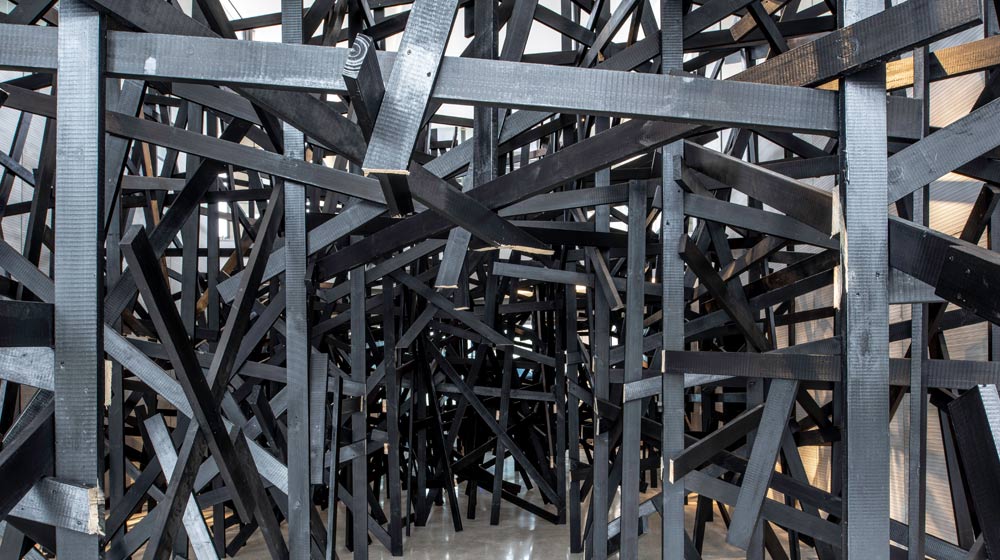 While it may look architecturally intimidating from the outside, you won’t be greeted by someone peering down their nose at you. It’s just not that kind of place.

It’s serious about art but it’s also serious about not alienating those that feel less artistically inclined, something that we really love.

The space is impeccably designed and curated and yet somehow manages to feel welcoming, and, while awe-inspiring, is not pretentious.

Plan enough time to spend exploring the various exhibitions, go with an open mind and a willingness to get to know some of Africa’s most talented and often under-appreciated local artists, as well as more recognised international artists.