Someone once said “gardening is cheaper than therapy and you get tomatoes”, and words have never rung truer than for our friends at Greenpop, the social enterprise responsible for the reforesting of South Africa’s indigenous trees. This week saw the end of months of hard work when they officially launched their organic garden in Woodstock. We stopped by to get the story behind the garden.

The garden, which Greenpop took ownership of over four years again, came into their care after ‘Tree-E-O’ Misha stumbled across an abandoned lot just above the Mountain Road Primary School. The environmental warriors then decided to convert it to a glowing green space full of trees, fruit and vegetables. 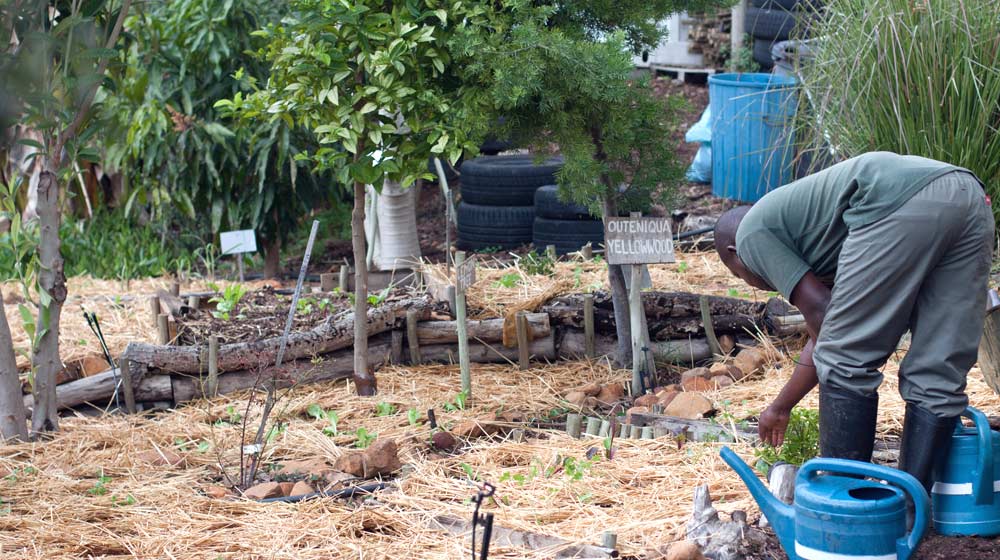 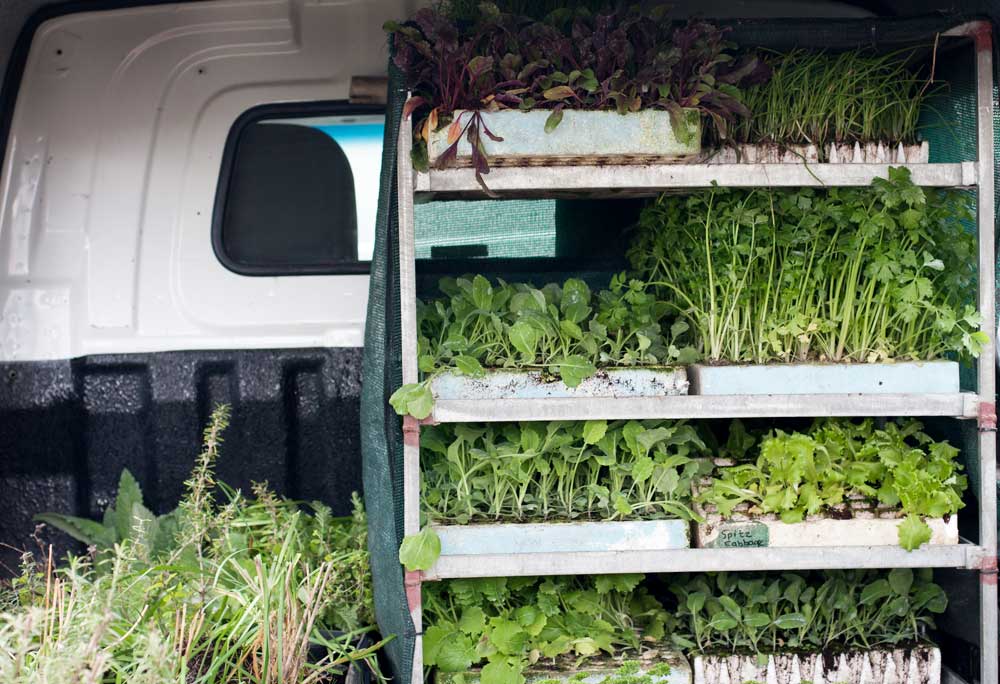 The garden provides them with room to store and cultivate their trees yet to be planted, as well as a place to grow organic produce that they use in their office kitchen.

Greenpop is powered by a huge team of volunteers and interns and these veggies are put to good use in the office – especially on a Friday where they gather to make a delicious vegan meal.

And while this garden, having been tended, cleared, fed and loved, has been a huge success for Greenpop, they felt that this year it deserved a little extra love. They called in longtime friend of Greenpop, Ben Getz and his team at Urban Harvest, to give the space a wonderful makeover. 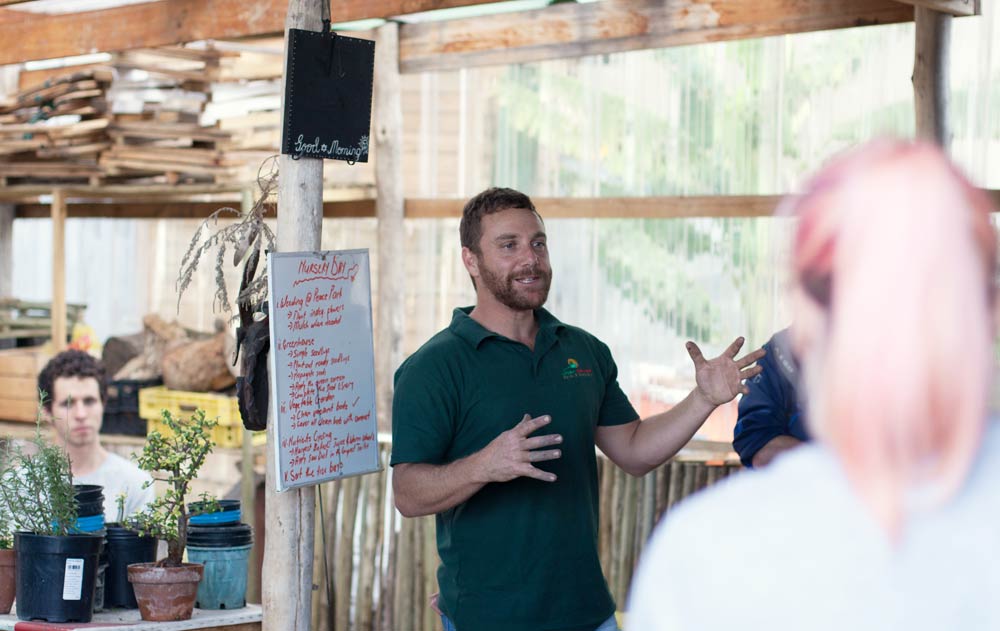 While in need of a little refresh, the garden itself was still in extraordinarily good shape. Ben credits this to the fact that the Greenpop team, along with the trusty hands of caretaker Malibu, ferociously upheld their organic methods of gardening. The soil was exceptionally healthy and teeming with living organisms.

To build on this fertility, all that was required a little bit of a boost from Reliance compost and their own compost made on-site.

Alongside their compost pile is a thriving worm farm, an endeavour that will continue to improve on the health of the garden. How it works is, the worms make their way into the compost piles and are distributed back into the garden when the compost is spread amongst the plants. Earthworms are good for the soil because as they move through it, they create tiny tunnels, which facilitate in getting air and water to the root of plants.

Ben is also working to get a liquid fertiliser system up and running. This is done by making a tea from earthworm castings, and another two from yarrow and comfrey plants. What Ben likes most about supplementing the fertilising process with these teas is that it forces hand watering, as you can’t pump them through the irrigation system. Hand watering and deep watering allow for the standard irrigation to penetrate the soil and can be absorbed properly by the roots of the plants.

And the plants themselves truly are the stars of the show. In four short days Urban Harvest, along with 20 volunteers, have not only revitalised an edible garden but have aided in turning it into a urban jungle. It features a wealth of celery, kale, spinach, large leafy cabbages and even turnips. 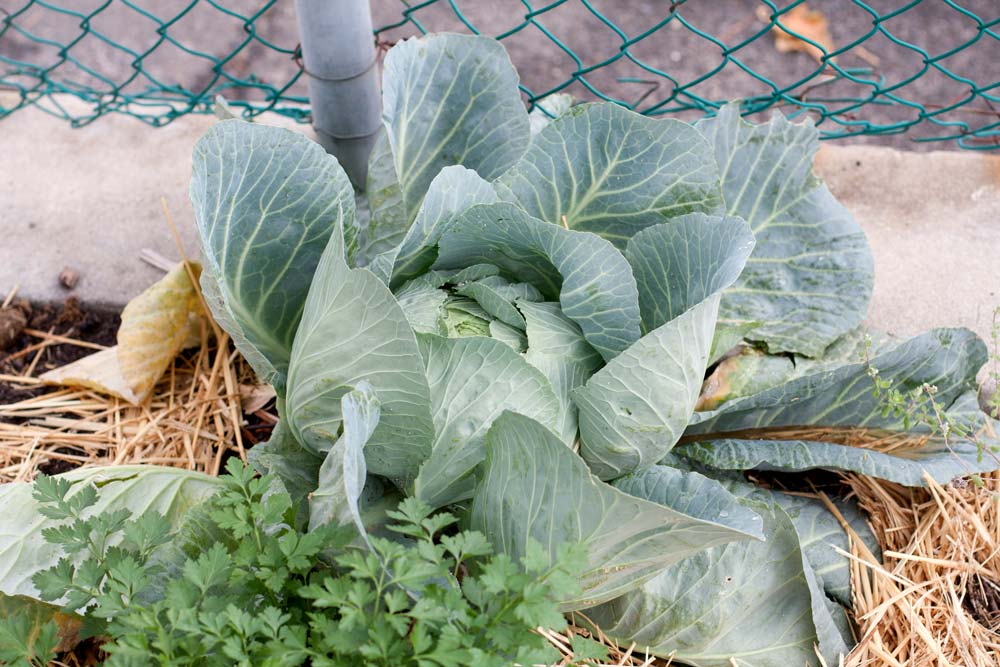 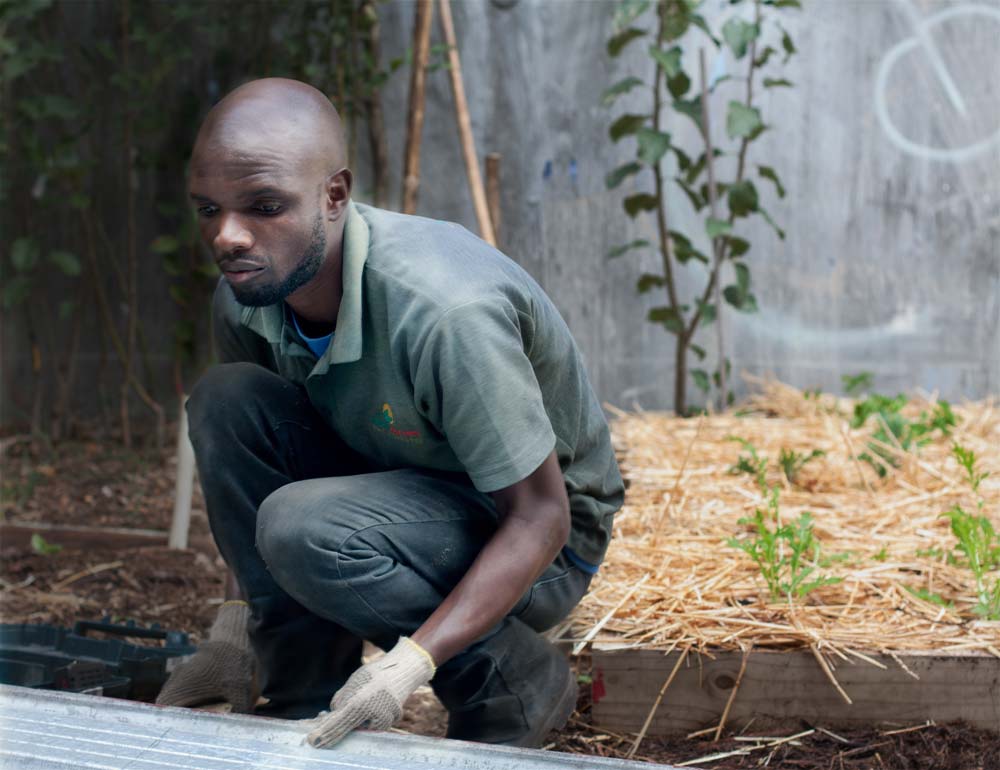 There are banana trees, heavy with fruit about to ripen, and pockets of flourishing herbs including perennial basil, parsley and more sage than they will know what to do with.

There’s even a sneaky granadilla plant that’s taken up an entire side of the office (upcycled from a cargo container). There is an even balance of perennial and seasonal plants, most of the perennials will live for years to come while some of the seasonal will have to replanted within the next year. It’s a delicate process of knowing where to plant what, but one that Ben and his team manage confidently. 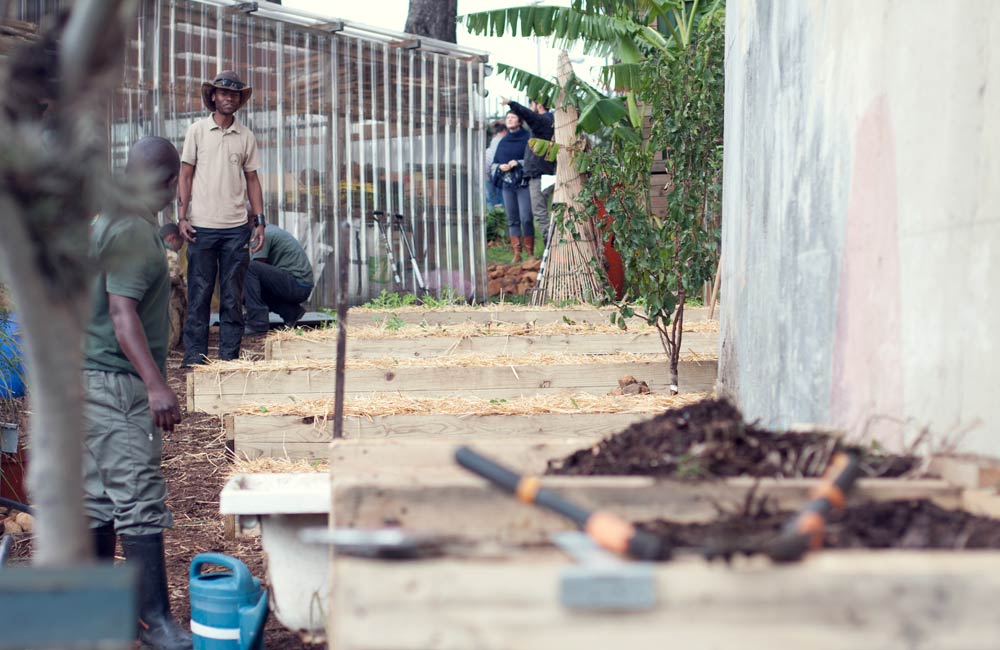 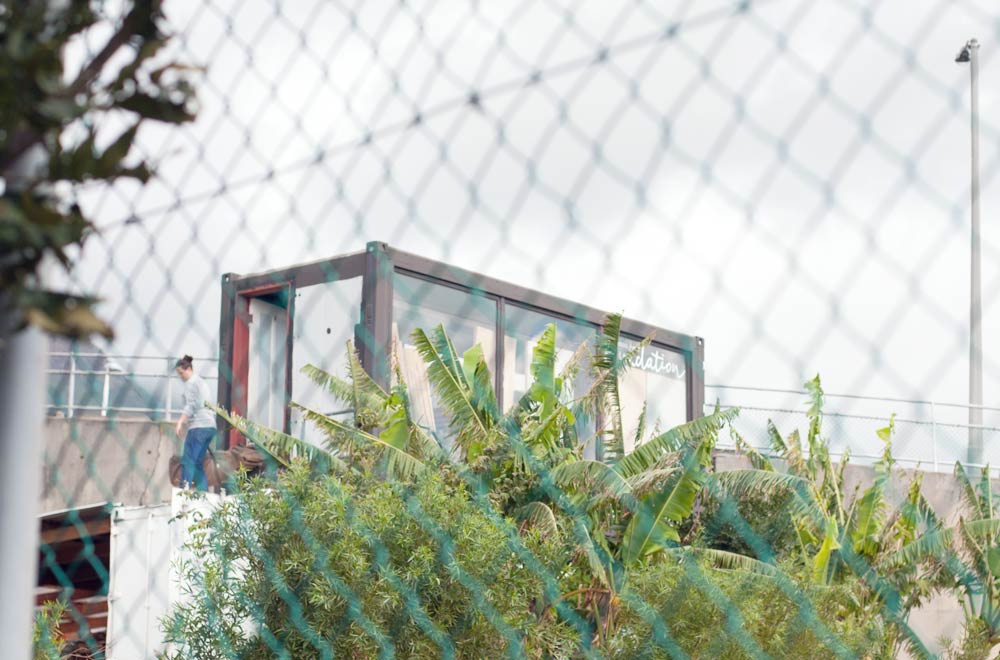 Working in the same office space as Greenpop, we are wowed daily by the incredible things they do. We admire their dedication to making the world a greener and cleaner place and the success of their garden is a result of their unending passion for the environment. Urban Harvest shares in this vision for a happier earth and Ben has  helped Greenpop establish a beautiful garden that will no doubt continue to flourish. For the meantime, the garden will remain as a storage facility for their fledgling trees and as a source of produce for the office. For any members of the public keen to discover more, there are open nursery days held every third Tuesday. Anyone is welcome to join in and get their hands a little dirty.  RSVP to their nursery days so that you can be made aware of any potential schedule changes by clicking HERE. Who knows, you may just catch the Greenpop bug and join the good fight for the planet. 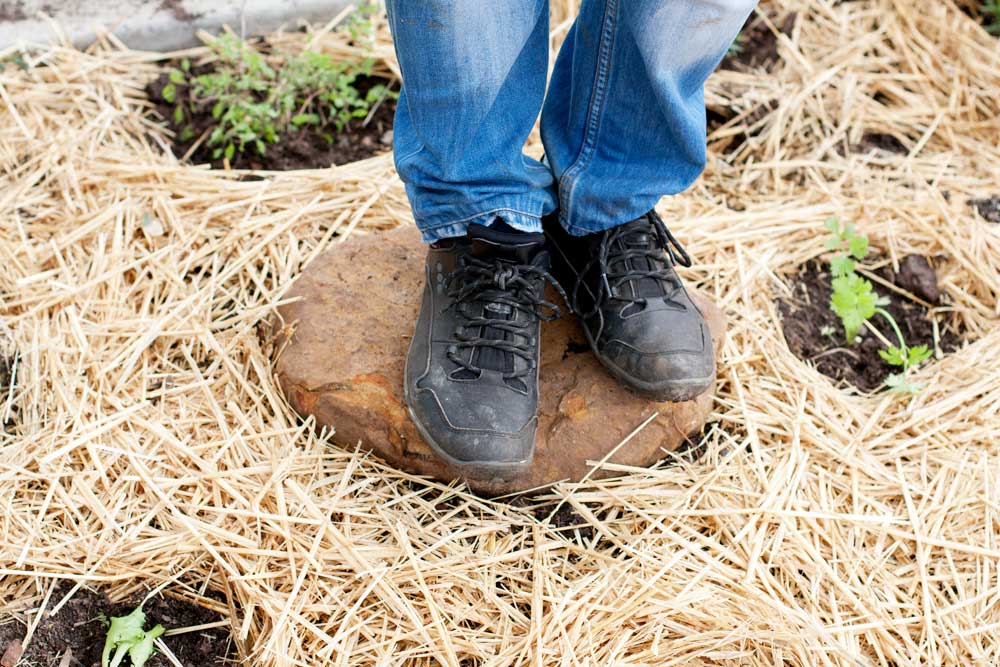