Greenhouse Restaurant at The Cellars Hohenort Hotel has become known for creating a unique dining experience that weaves the soul of Africa into its dishes. If you’re visiting from abroad, this is a wonderful way to experience South African cuisine and, if you’re local, it’s a rare experience of indigenous ingredients and flavours presented with delicacy and finesse. The restaurant’s creative directive is led by Relais & Châteaux Grand Chef, Peter Tempelhoff, and Head Chef Ashley Moss and team execute the menu to perfection. 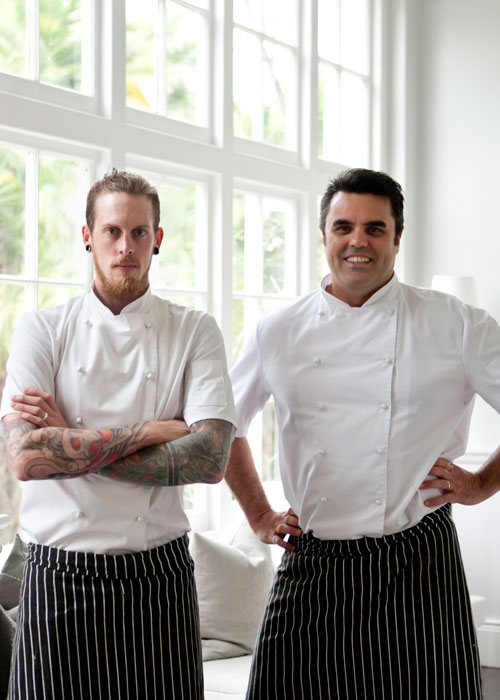 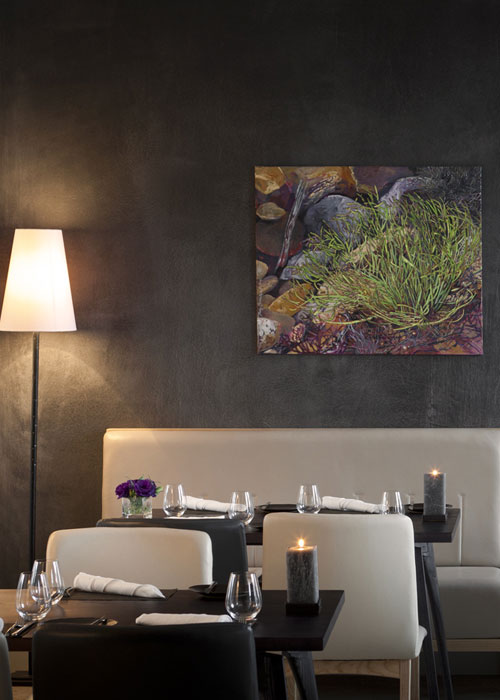 Greenhouse itself is minimalist in appearance with tables and chairs that construct clean lines and a sense of poise. The menu is eight courses but with canapés and strategic palate cleansers it evolves to eleven in total, with a few extra surprises along the way. As you would expect from a fine dining experience the courses are small but extremely considered and what looks like a simple dish has in fact probably had five different people creating some aspect of it, plus another few to pull it all together.

The current Greenhouse menu is an homage to Africa – native elements are interwoven with current trends keeping the menu fresh and relevant.

We started with a series of canapés that are a nod to our coastal region, with notable infusions of Cape heritage flavours. A crispy fried seaweed daaltjie is served with a smoked salmon dipping liquid. A sliver of pickled fish sits atop a sago crisp with mango atchar and spekboom, and, served in a mother of pearl shell, is farmed Hermanus abalone with egg custard and braised kelp.

Part of the currency of any fine dining experience is the theatre and the presentation of the dishes; where there could be a ramekin there will instead be a shell, where there could be a plate, there might be a cleverly constructed stand instead. It’s come to be expected that part of the journey is the element of surprise with presentation and at Greenhouse it is no different.

The next course of sweetbread, sherry and chocolate ‘king kone’ sounded so interesting and was one of the most memorable mouthfuls. Presented in a beautifully shaped piece of driftwood are delicate pastry cones. As promised, the cone has a rich and bitter chocolate filling in the bottom, just like its ice cream namesake but instead of a dairy filling it is filled with delicate and meltingly tender sweetbreads, with a creamy topping and a sprinkle of cacao nibs. It sounds unlikely that the palate will receive this combination positively but it really does. 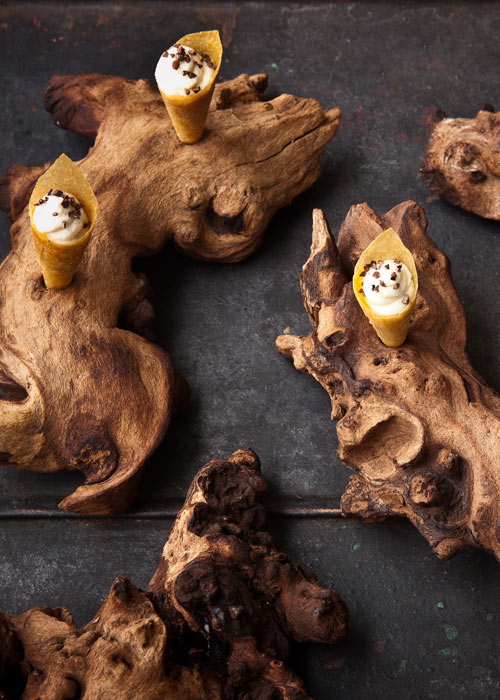 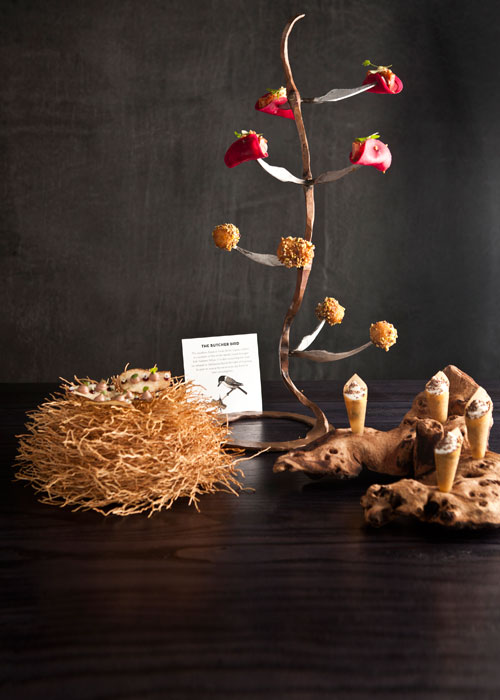 Presented with the king kone is The Butcher Bird’s Pantry. What arrives at the table is a beautifully constructed metal branch that resembles that of a thorn tree. For those that don’t know, the Butcher Bird (Southern fiscal or fiscal shrike) is a somewhat mean fellow that impales its prey on the thorns of trees to return to later. This is where Executive Chef Peter Tempelhoff draws inspiration from (but in a far more delicious way). The tree holds two bites – a tiny duck in beetroot ‘taco’ and a duck leg ballontine coated in quinoa, Chenin Blanc caramel, pistachio and seeds. Alongside this is a beautiful nest that holds the daintiest madumbi chip with chicken liver parfait and red wine gel.

It is a visual feast and similarly a sensation for the tastebuds. The tiniest of bites leave you with a feeling of wanting more but the joy is not actually in having more of the same but in discovering the next delicious bite.

After the bread course – miele bread with popcorn butter and a bacon brioche with a decadent banana cream, was the first of two seafood courses. Firstly, a perfect piece of Atlantic tuna with kimchi, a rice ball, compressed apple and sesame. The flavours resembled that of deconstructed sushi but it would be a sin to call it that, as it has clearly taken much more thought to create than that.

Next, a breaker of clear liquid is presented at the table set atop a candle keeping it warm and with strict instructions from the server not to be tempted to drink it before the rest of the course arrives. Behaving dutifully we awaited the remainder of this ‘Crustacean Tea’ course. This involved dissolving gel squares of crustacean stock into the heated beaker to form the broth that would be poured around a perfectly poached langoustine, onion and star anise purée with elderflower and gold leaf and pickled pear with prawn tartar and lime mayonnaise with Buckler sorrel leaf. The flavours were delicate and the shellfish just sublime. 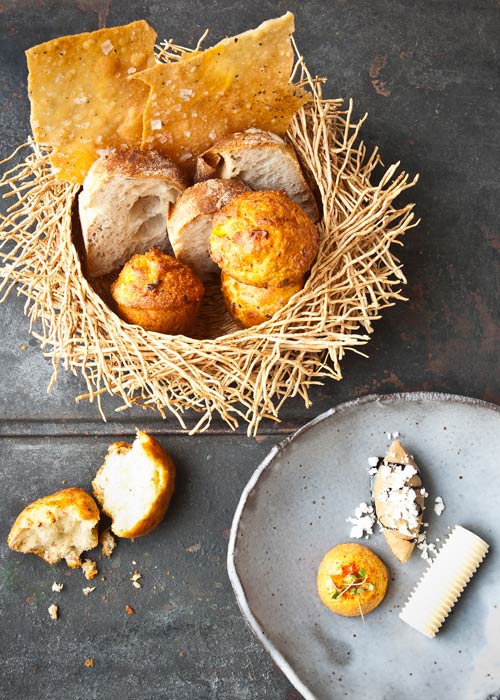 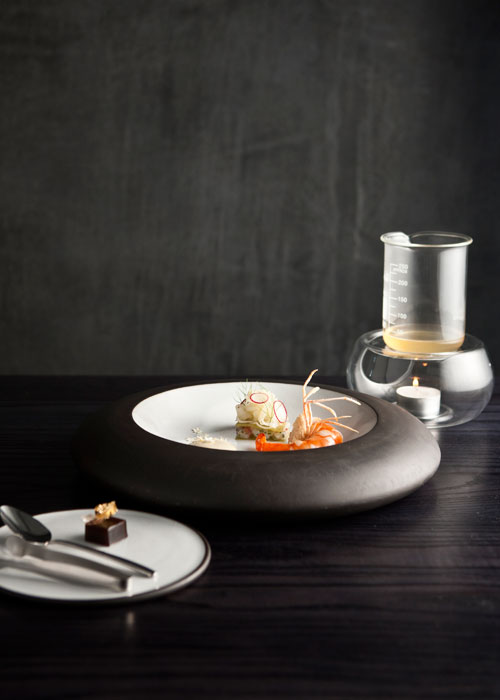 From there it was on to the two main courses – both odes again to local ingredients. Beautifully tender Outeniqua springbok served with the finest green beans described as ‘risotto’, which packed an incredible amount of flavour – the kind that you can’t quite put your finger on but is so delicious that you don’t want it to end. Karoo lamb shank is served with pap and topped with paper-thin mushroom chips, mustard frills and a herb emulsion.

After this many courses, albeit each one being small, you do start to feel as though you are filling up and that is right when the menu switches gears and heads in the direction of dessert.

Three courses in total are presented, firstly a very simple and delicately flavoured chamomile ice cream served with grilled grapefruit segments and yoghurt crispies. The flavours of creamy, sweet and tart playing perfectly off one another. Next was the showstopper for us – The Honeyguide, again a combination of flavours that in our heads seemed combative but on the palate were just sublime. A smooth, frozen honey parfait ring, which had been rolled in fresh honeycomb pieces to provide a textural crunch. In the centre of this a zingy lemon gel covered by a glass-like sugar disk, balanced perfectly by the subtle neutrality of a rooibos sauce. The cool smoothness of the parfait was lifted by the citrus gel in an explosive flavour combination. 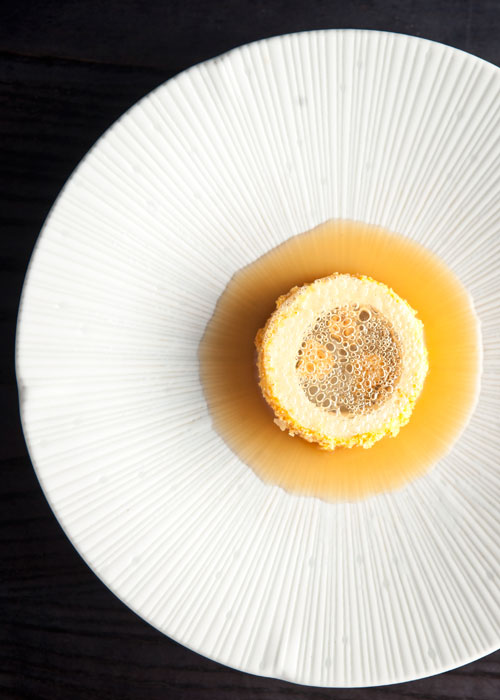 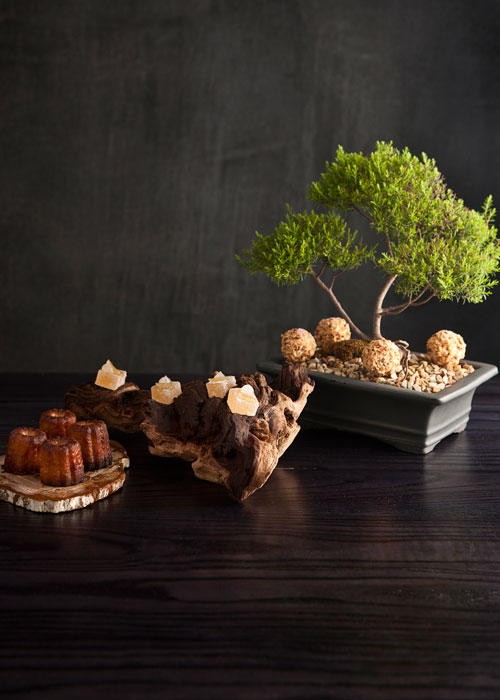 To end a long and complex meal is the final course, Life and Death of Trees. A Bonsai tree is presented at the table and with it two other elements that represent the stages of a tree’s life. Contained within these three elements are chocolate truffles and treats that round off the meal.

Eating at Greenhouse Restaurant is no small undertaking; ensure that you have time to spend as the courses are many and the progression from one to the next requires a certain amount of time in-between.

The menu is offered as a pairing as well, which showcases local wines of the region and even a local craft beer as well. You are best placed if you are actually staying at The Cellars Hohenort Hotel, as you will be just a few short steps from your room. If you are just visiting to experience Greenhouse Restaurant itself, it would be great to be able to do with a group of fellow foodies as the menu is worth being oohed and aahed over and appreciated for its inventiveness and clever use of local flavour treasures. 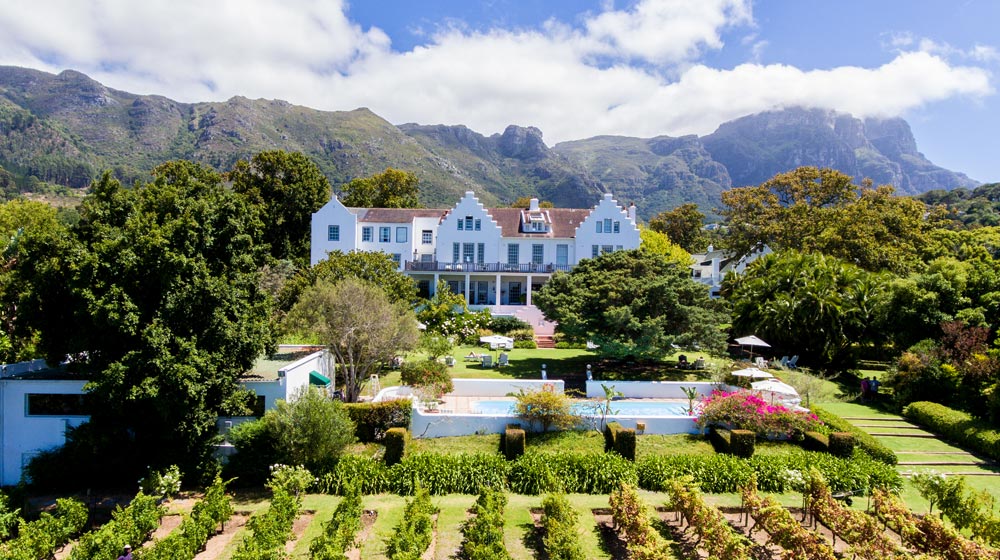 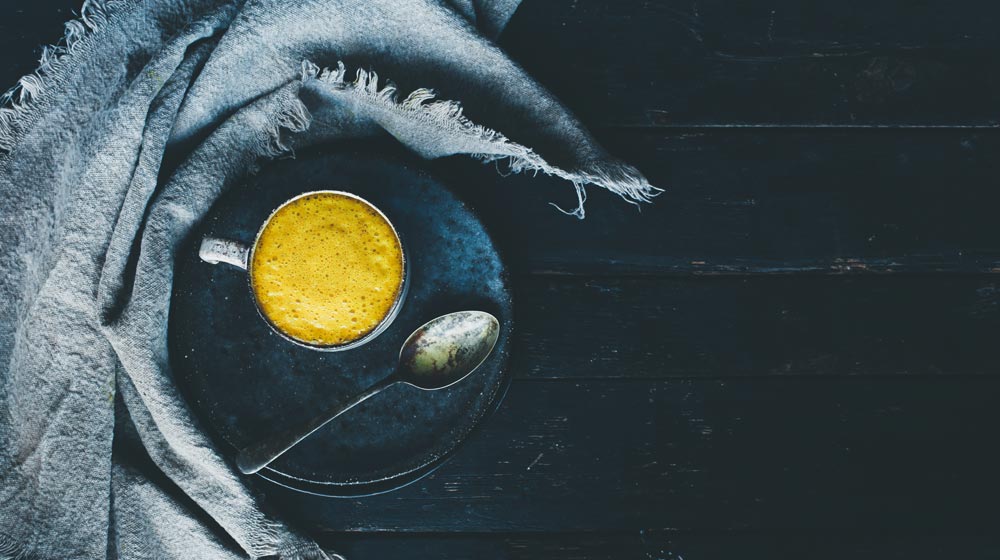 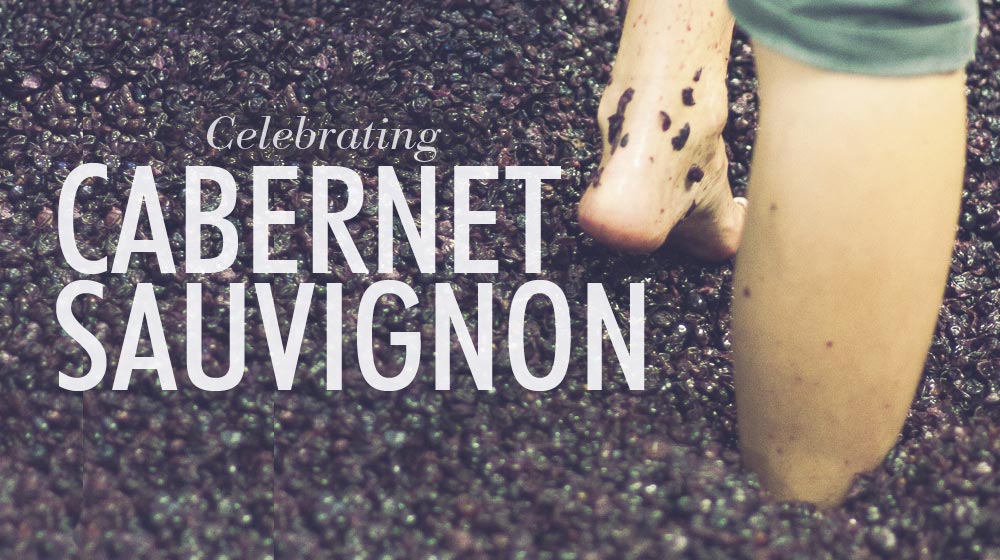