It’s been a cracker year for Innis & Gunn in South Africa. They’ve launched a well-received range of beers, including a few very tasty seasonal brews. The latest offering comes in a beautifully illustrated box that features a lumberjack standing in front of a fire, while staring lovingly at a pint. Like all their beers, it’s matured over oak but the unique thing about this one is that it’s a celebration of wood and fire. It’s the limited edition Innis & Gunn Fired Oak Scotch Ale. 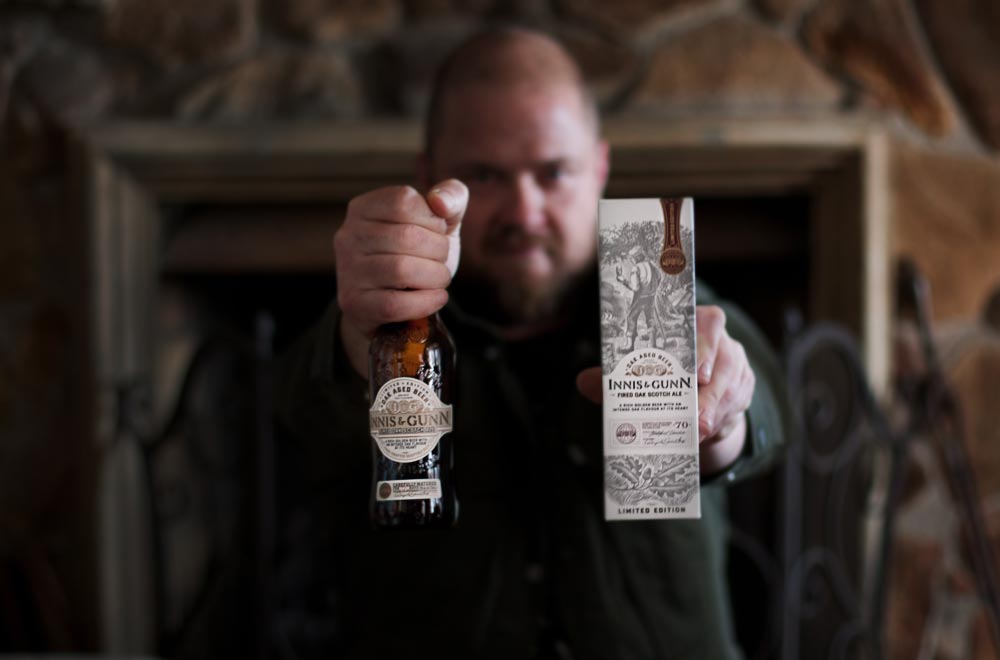 If you’re new to Innis & Gunn beers then you may be wondering, what’s with the oak aging? The story goes that in 2002 a well-known Scottish whiskey maker approached the brewery to make a beer for them. The purpose of the beer was to season their whiskey barrels with a sweet, malty character. After the beer had done its job it was supposed to be thrown out, but instead the sneaky brewery employees began drinking the stuff and raving about the unique flavour. Brewmaster Dougal soon heard the stories and was blown away when he tasted the beer.

The barrel aging had given the beer a complex woody character and as they say, the rest is history.

What makes the Fired Oak ale so special is a combination of lightly toasted oak and heavily toasted American oak. The American oak is scorched to the point of catching fire and the intense charring imbues the beer with a deep, rich flavour profile. In order to complement the flavour, Innis & Gunn brewed what they call a light (7% ABV!) Scotch ale, which is matured for 70 days.

In order to properly appreciate all the subtle aromas and flavours of this brew, we’re using a Rastal Noblesse Goblet from Germany. Made from high-quality crystal glass the goblet is lightweight, yet ultra durable. The long stem provides plenty of space to cradle your beer comfortably, while the tall fluted design is perfect for channeling up the complex aromas. Speaking of complex aromas, the brew has a fragrant nose of vanilla, butterscotch and oak.

On the palate, the huge malt character rolls across the tongue with sweet caramel, butterscotch and honey, before finishing with a subtle bitterness and a hint of smoke. If you’re already a fan of Innis & Gunn’s unique flavours then you’re definitely going to love this one.

Did you know? Innis & Gunn are the second names of brewmaster Dougal and his brother. 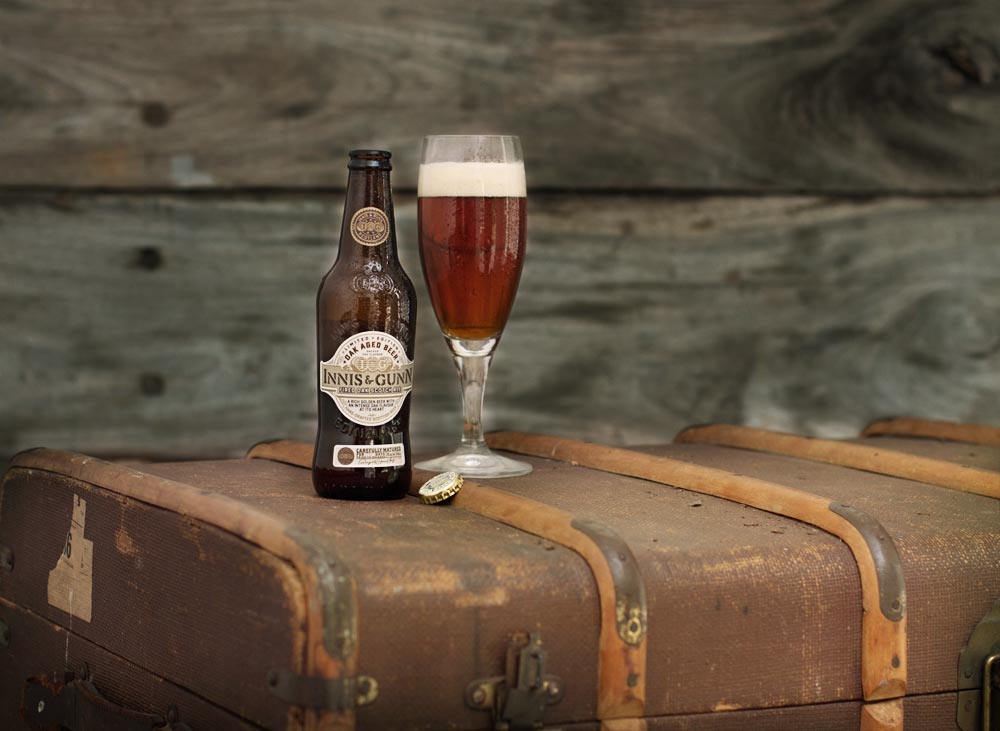 Lucky for us, Rastal glasses are available right here in SA from Vitria Glass, so purchase yours and enjoy your brew the right way. vitria.co.za | Facebook |  Instagram | rastal.de