When it comes to naming a favourite craft brewer, many people um and ah, and say it depends of the season or time of day. I am not one of those people. For me, it’s Devil’s Peak. All day, every day, whatever the season. Devil’s Peak make ales and I love them because are big, bold and complex. So as you can imagine, I was more than intrigued when I was invited to the launch of something very un-Devil’s Peaky – a lager. 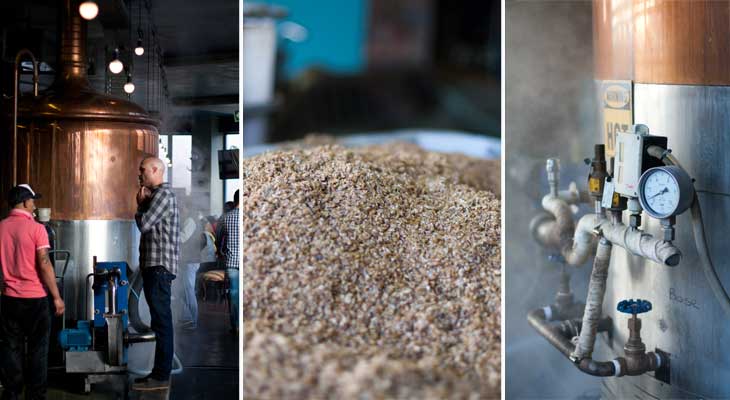 To give you a brief beer 101, beer is divided into two families, lagers and ales. Ales are brewed at warmer temperatures with top fermenting yeast while lagers are brewed at colder temperatures with bottom fermenting yeast. The result yields ales that are deep, rich and complex while lagers are crisp, clean and refreshing. Some craft brewers tend to avoid lagers but in recent times there seems to be a new trend, which is swinging back towards craft lagers.

Devil’s Peak brewery and taproom is in the heart of Woodstock and it really is something to see. It’s slick and well presented and the launch of the lager followed in the same vein. Before we tasted the lager we were treated to some brewing insights from brewmaster, JC Steyn. JC is brilliant brewer so we were all quite surprised to hear that he thinks lager is the most difficult beer he’s ever had to brew. Whereas ales are big and bold, lagers are crisp, clean and subtle. 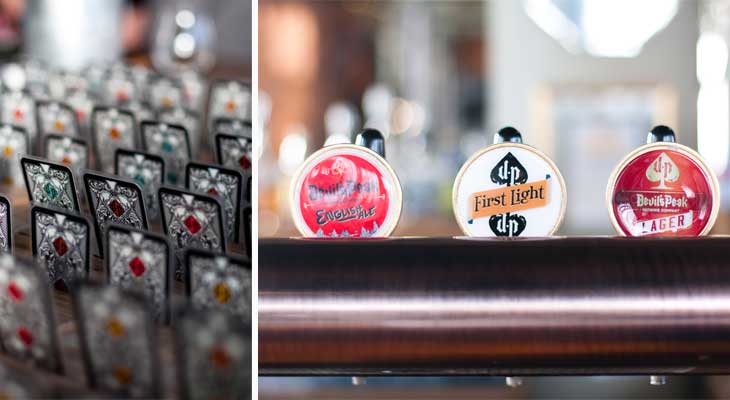 As I got my hands on my first lager, the food began to flow from the kitchen. We were treated to tasty starters of poppers and wings, followed by the famous Devil’s Peak burger and topped off with a ice cream sundae that was as big as my head. But what about the beer? Well I had about four more purely for research purposes and I can confidently say that it’s a great lager. It’s light (4%), crisp and clean with a superb balance of malt and hops. Devil’s Peak say it’s, “lager as it should be”, and I’ll drink to that any day of week. 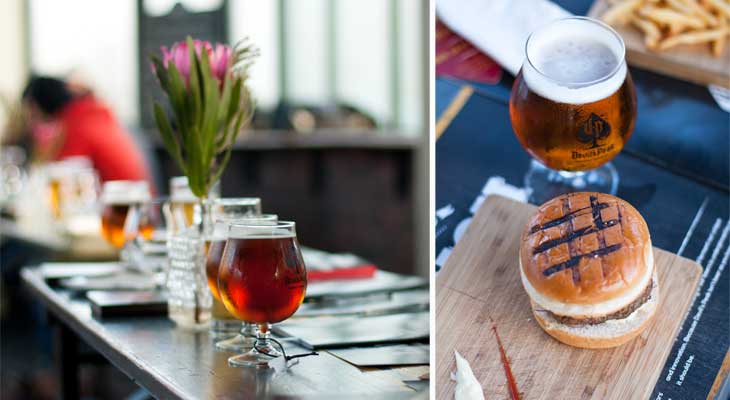