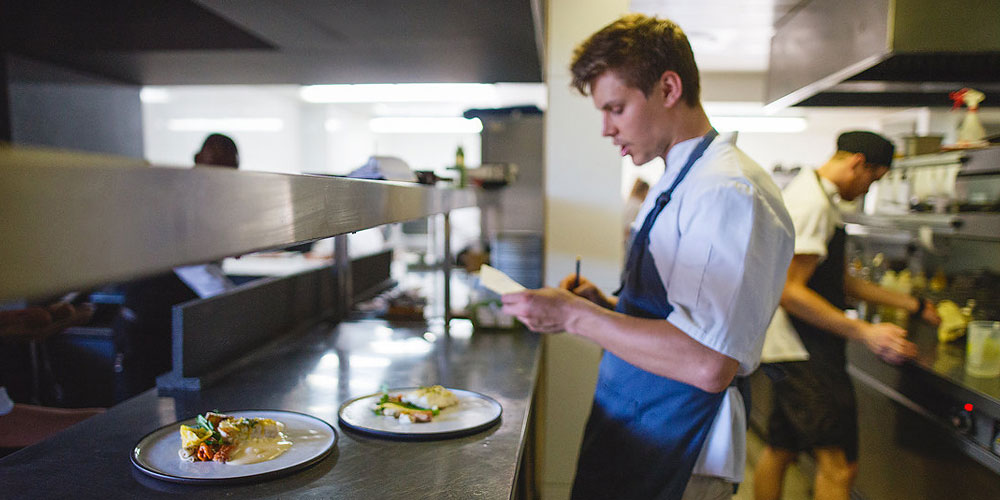 James Gaag is a mere 28-years old and has achieved great things early on in his career. The German-born and now South Africa-based chef has been at La Colombe for almost 7 years, starting originally as a 3rd year Silwood student. He was made Sous Chef at just 24 and is now the Head Chef of La Colombe, one of the top restaurants in the country. He is also part-owner of an exciting new sister restaurant, La Petite Colombe in Franschhoek. Crush chats with James Gaag to find out a bit more about him and what motivates him to keep innovating…

How did you land up in SA?

I was born in Germany and lived there until I was 10 years old. I had the most fantastic childhood, one any kid could have wished for in the countryside in Bavaria on a smallholding. My mom is originally from Zimbabwe/Cape Town, so she wanted to come back home after my father passed away. That’s how I landed up here, and I’m so glad I did. Cape Town is most definitely now my home and I don’t think I’d want to be anywhere else at the moment. 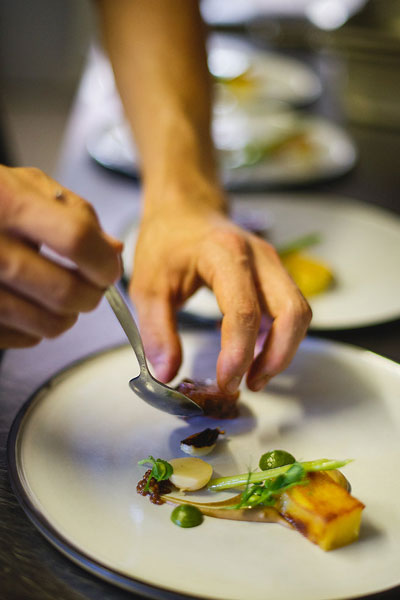 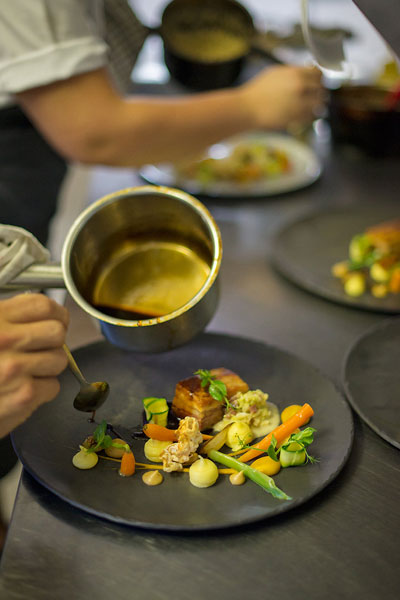 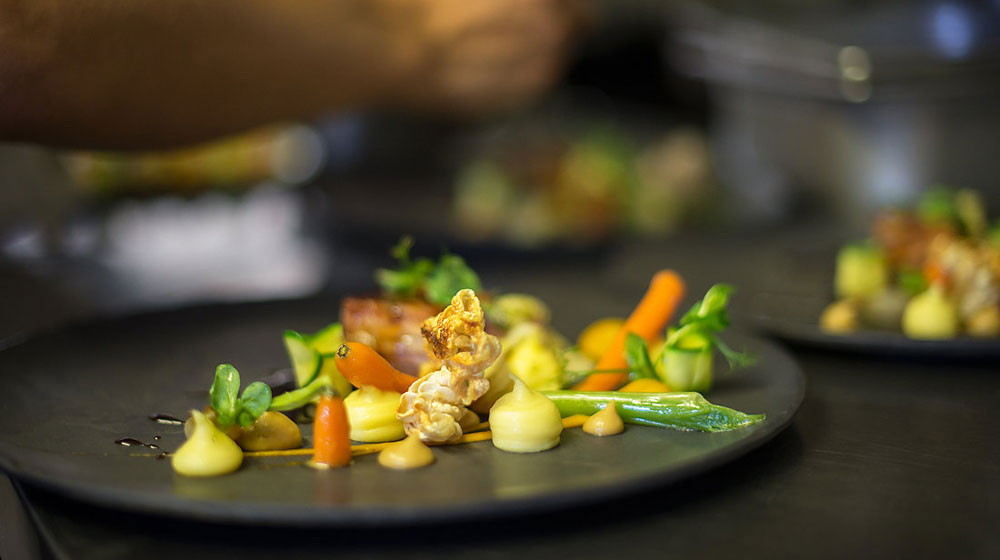 Cooking has obviously been a part of your life from a young age, did you ever consider doing something else for a living or was this always it?

I’ve been surrounded by food and cooking my entire life. My mom is also a trained chef and now teaches sugar craft, confectionary and icing at Silwood Kitchen in Rondebosch. That’s where I used to play as a young boy and watch Alicia Wilkinson demonstrate to the students back then, but funnily, cooking wasn’t my first choice after school. I’m quite an outdoor kind of guy and love working with my hands. I actually wanted to be an engineer or a marine biologist, but I hate maths, so that was a no go. So where cooking started as a gap year, it’s now the only thing I see myself ever wanting to do.

Who is your food mentor?

My food mentors I would say are Raymond Blanc and Gary Jones of Le Manoir aux Quat’Saisons and Scot Kirton, who I am lucky enough to stand next to every day at La Colombe. There are also countless others, locally and internationally that I look up to and would always aspire to be like. One day maybe.

How would you summarise your cooking style?

Modern French with a touch of anywhere really. For me it’s not really about where the inspiration comes from, because it can literally be anywhere. First and foremost it’s about flavour. Taste is key, everything else follows. 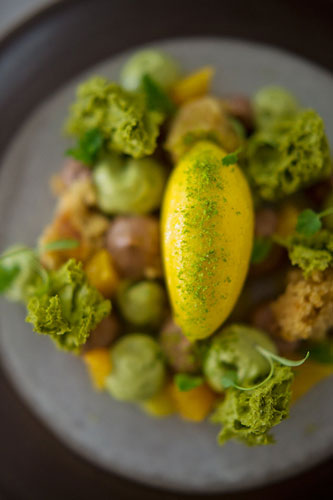 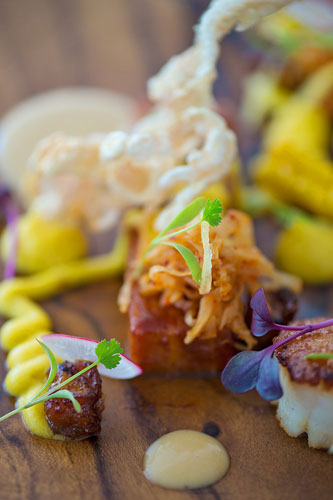 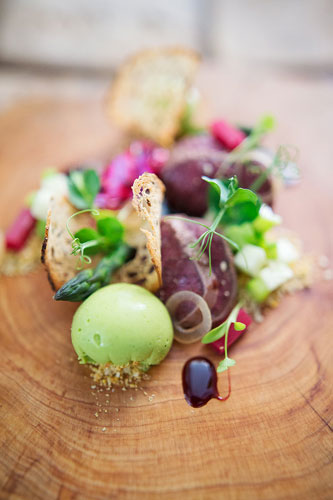 What excites you about food and cooking?

What I enjoy the most about food, is the challenge of creating something new, something exciting and something thought provoking. You want your guest to be asking how has he done that? What makes it like that? Where is that flavour coming from or even, what is that flavour? That’s where we get to play as chefs, to trick the guest, to give them an experience. But at the end of the day, they still come to have an amazingly tasty meal! The biggest reward is seeing the look of pleasure on every customer’s face as they leave our restaurant satisfied.

What’s the most challenging part of being a chef?

The most challenging thing about being a chef, competing at a high level, is the pressure to constantly evolve, innovate and create something no one else is doing, but that is probably also the most rewarding thing for me, so it’s a bit of a double-edged knife.

Are you able to give us insight into La Colombe’s new sister restaurant ahead of its opening later this year?

I won’t say too much yet, you’ll have to come try it, but customers can look forward to the same high standards they have become used to at La Colombe, in an equally stunning setting.

Franschhoek is a haven for foodies; does this add pressure to opening a new restaurant there?

Of course, it adds pressure but more so it gives us the opportunity to create something truly special and memorable in an awesome space. 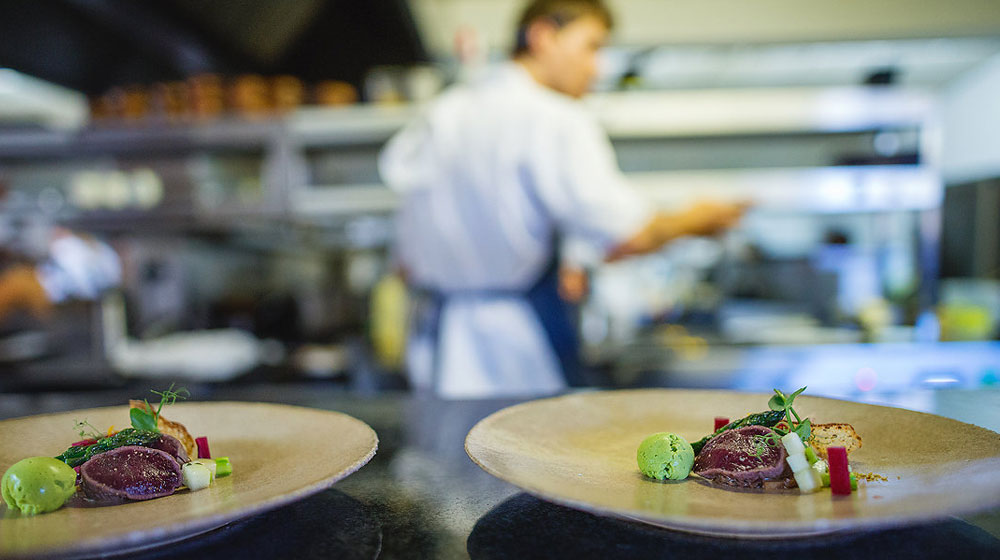 Have you had a funny moment in the kitchen that has stuck with you?

I’ve had a few funny moments in my time, but I think the one that’s stuck with me the longest is dropping a frozen lobe of Foie Gras on Luke Dale-Roberts’ broken toe when I was a student in his kitchen in Constantia.

If you could have a conversation with your 9-year old self now, what would you say?

I guess I’d tell myself to enjoy every day, laugh and see as much as I can and I guess I’d say, forget the engineering ideas, get in the kitchen sooner!

Best thing to do to unwind… Fishing, spearfishing, walking my two dogs.
Drink at the end of service…  1l water.
Favourite ingredient right now… Always, Jerusalem artichoke, but chestnuts and quince are in full swing.
A culinary trend that you wish would die… All those garnishes that look stunning but taste of nothing! Papers, glasses, shards etc.
Secret food guilty pleasure… 1l double cream Greek yoghurt with honey and a bit of dark chocolate over the top. I will eat an entire tub if Tracy doesn’t stop me.
Last book you read… A cookbook, it’s always a cookbook… 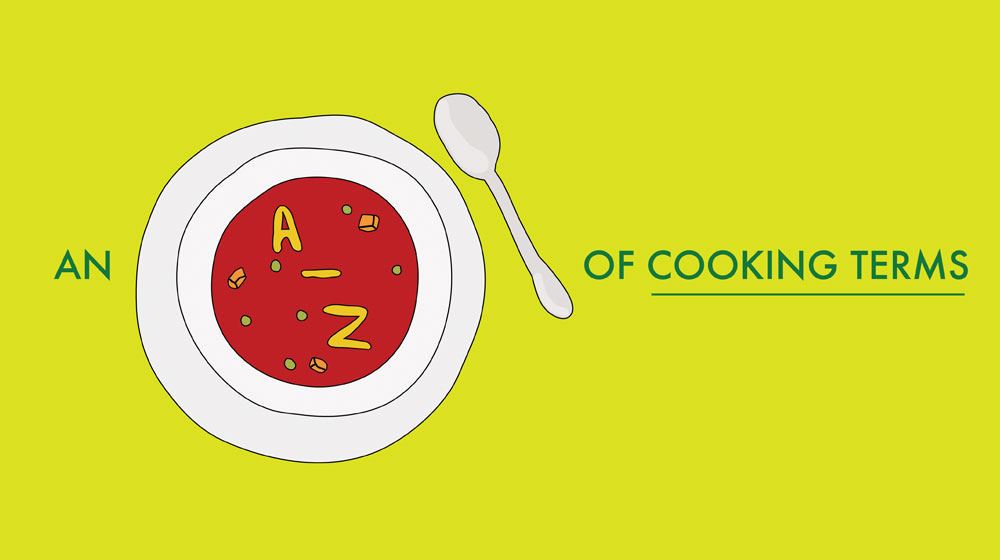 A-Z of Cooking Terms: Everything you Need to Know in the Kitchen 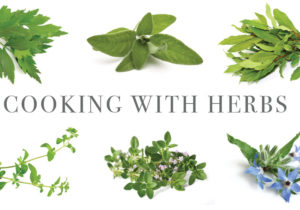 Superb Herbs: An A-Z Guide To Our Favourite Kitchen Herbs

Basic Recipes That You Should Know How to Cook