OhMega nut butters are produced in Strand by Credé Oils – the team behind SA’s favourite brand of niche edible oils. As well as their range of oils they hey offer a wide range of delicious nut butter flavours. You may already be familiar with their almond and smooth and crunchy peanut butter but they also have cashew, macadamia, tahini and chocolate almond butter to name a few.

Nut butters have become popular products that dieticians continue to recommend, and for good reasons. Nut butters contain healthful nutrients, come in several varieties, and are delicious eaten as is, on toast. They’re a great alternative to jams, cheese spreads, chocolate spreads that contain a lot of sugar, preservatives and other nasties. 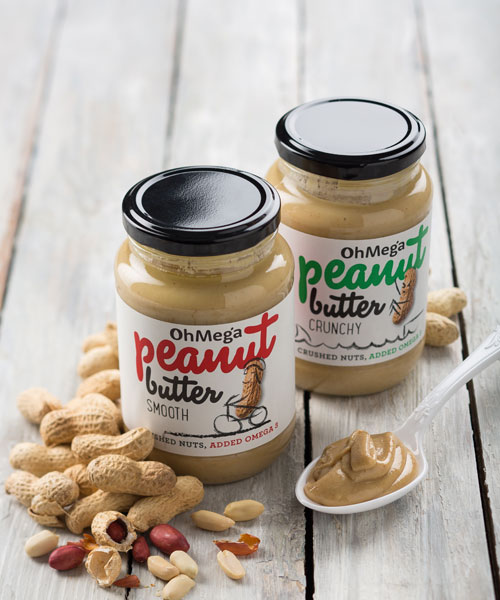 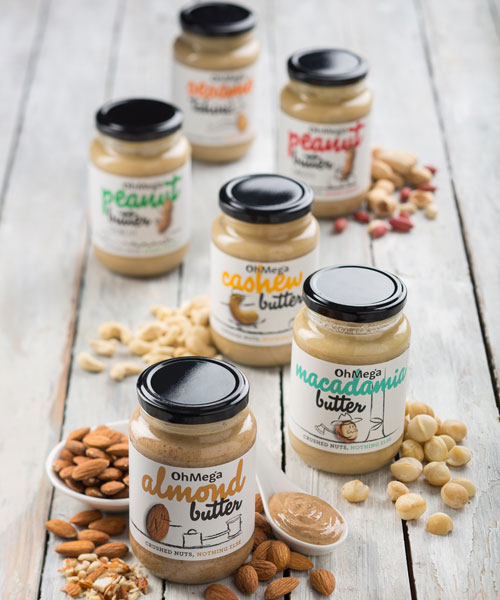 How else can they be used? Try them in smoothies and in cooking, especially cashew butter in curry to give it a dreamy, creamy texture. They also make tasty, hearty salad dressings and will brighten up any boring coleslaw. They work beautifully in baking too – think peanut butter cookies – or as an -on-the-go snack straight out of the jar!

A number of studies have shown that nuts can reduce the risk of heart disease by lowering blood cholesterol levels and improving other coronary risk factors. And, as shown in another study, almonds can even act as probiotics, boosting the population of beneficial bacteria in the gastrointestinal tract. So go out and grab some OhMega Nut butters – you will not be disappointed!

Nut butters are a great on-the-go snack straight out of the _ _ _ !