The late and great Marcella Hazan once said “Cooking is an art, but you eat it too” and we’re inclined to agree. There are many similar thoughts about food can be a work of art, and if you think about it, it does make a lot of sense. If you think about the emotions you feel when you see a truly masterful piece of art, food can do the same to you. A memorable mouthful of something delicious can stay with you forever, and can transport you to that exact moment you first enjoyed it. In honour of the craftsmanship that culinary delights require, we look back on three edible works of art made for us by Reuben Riffel, Peter Templehof and Ryan Shell. Lovely to look at, even better to eat.

Studio/restaurant: Reubens in Franschoek, Robertson and the One and Only at the V&A Waterfront.

Chef’s statement: “I generally focus on real flavours with my food. This abstract and colourful plate gets a lot of its colour from the beetroot purée and the carrot purée. There is an element of the surreal with the squid heads placed in between. Real food cooked beautifully naturally creates its own masterpiece.” 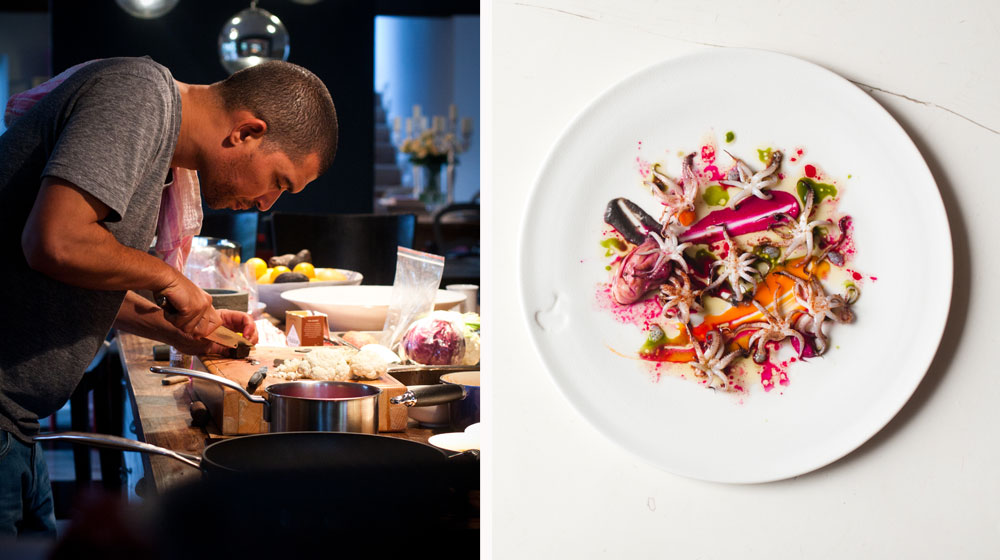 Chef’s statement: “This work is also about rich hearty flavours. When you look into the bowl, there is a striking contrast between the black mushroom soup and the creamy white potato soup. Olive oil and chervil oil provide a touch of colour.” 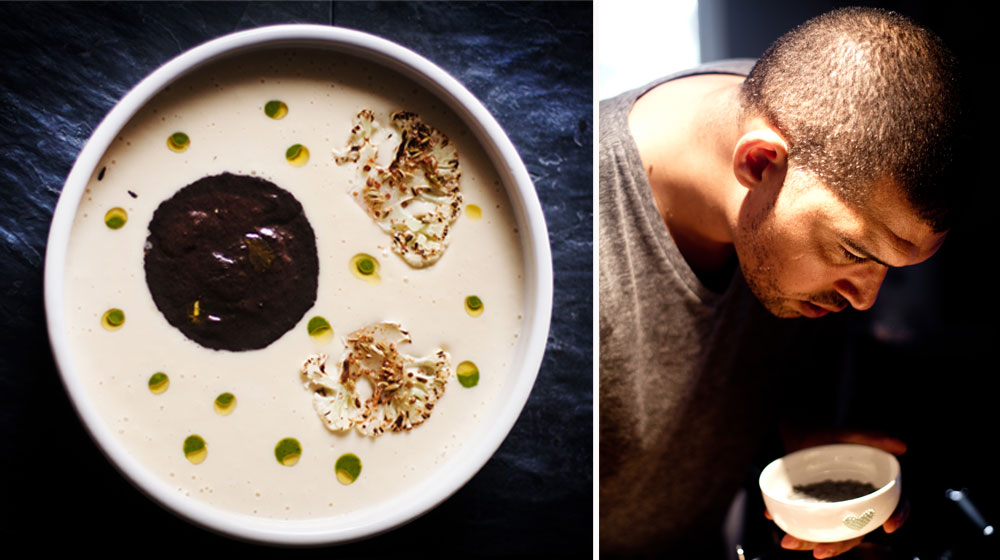 Chef’s statement: “This plate was influenced by the Cubism movement where objects were analyzed, broken up and reassembled in an abstracted form — instead of depicting objects from one viewpoint, the artist depicts the subject from a multitude of viewpoints to represent the subject in a greater context. You will be surprised to note that all the ingredients in this brightly coloured plated are natural!” 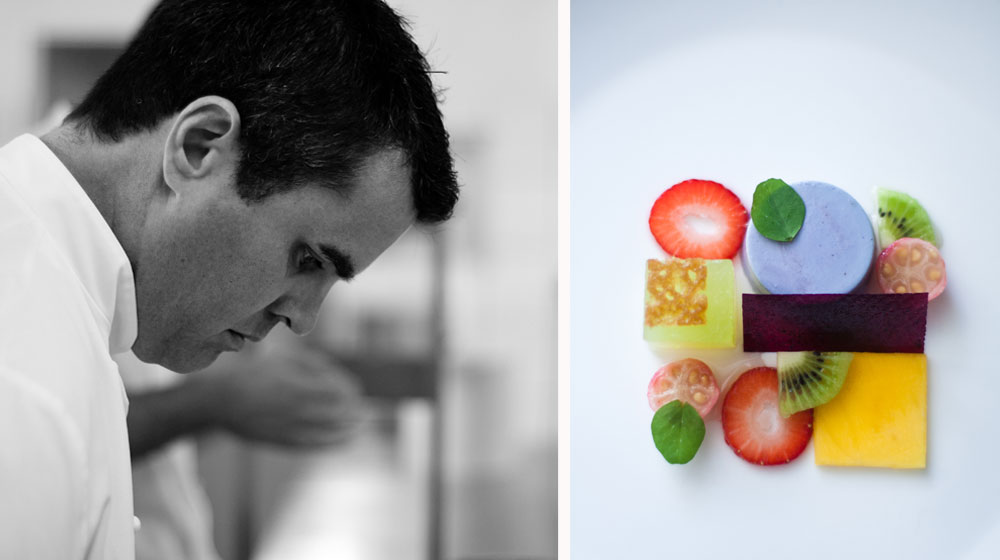 Chef’s statement: “This plate was influenced by the Expressionist movement and more directly Vincent van Gogh’s famous work Starry Night. Swirling clouds, stars a-blaze with their own luminescence are represented in this moody plate of food.” 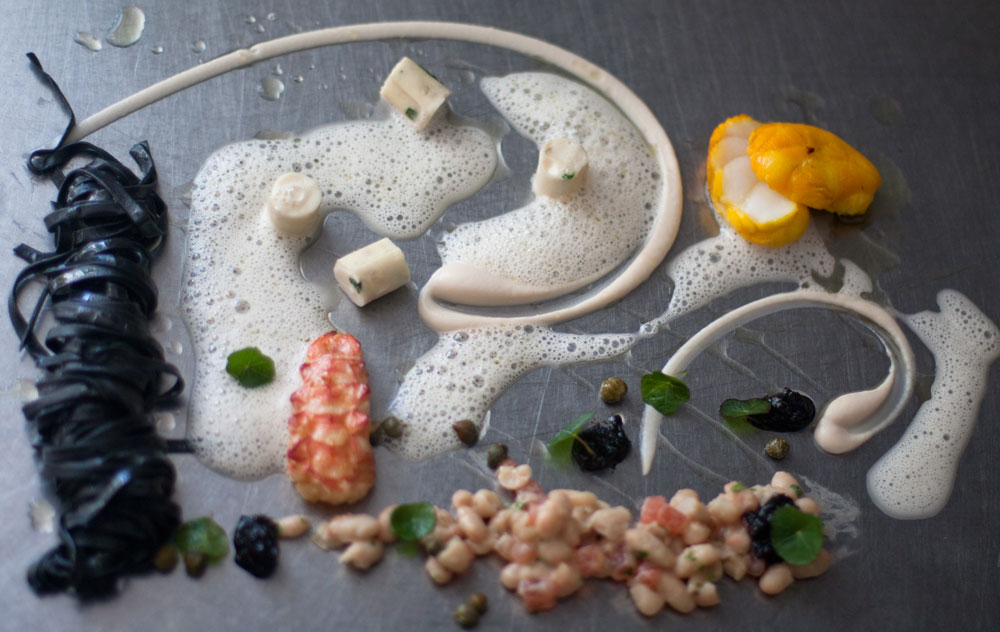 Chef’s statement: “The surreal look on the plate maybe tricky for some to palate. It expresses the magical world of surrealism with the use of cabbage as eyelashes, the central focus of the scallop and a mysterious pool of mango soup all combining to form the shape of an eye, the window to our souls and stomachs!” 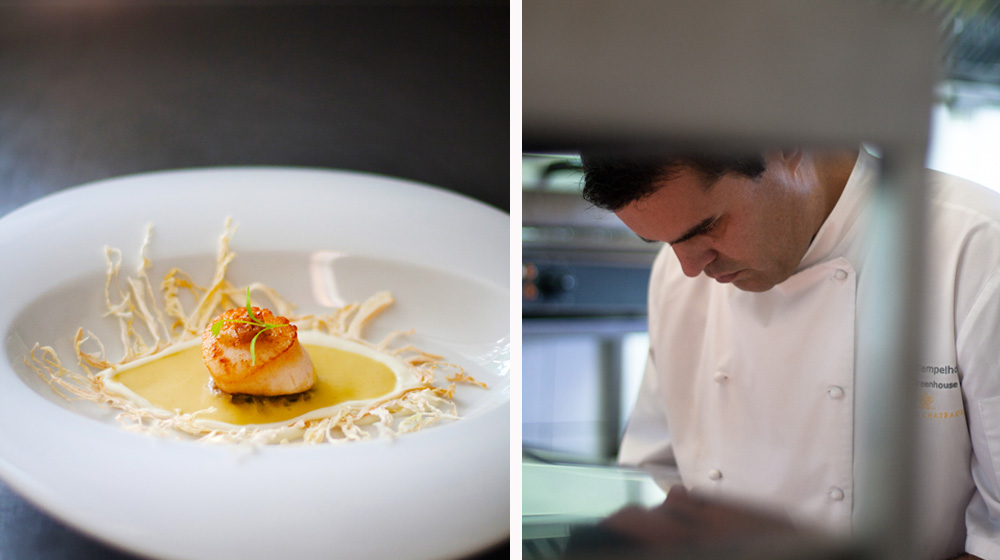 Chef’s statement: “This plate is a regular at the restaurant but I selected it for its contrast in colour and, of course, its flavour!” 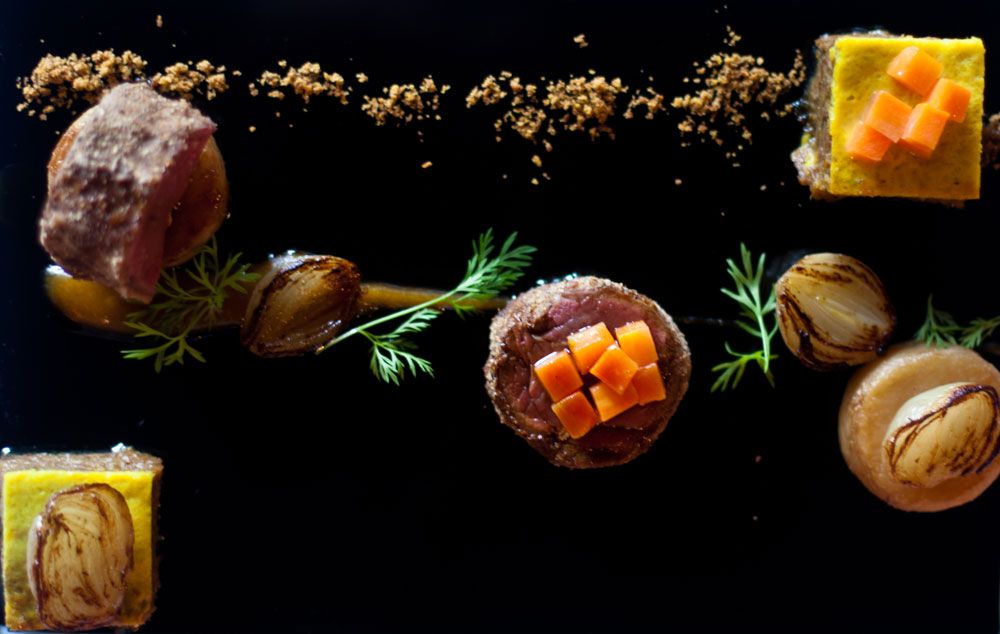 Chef’s statement: “The influence for this plating was the ever popular Starry Night. Loads of swirls and touches of shining stars of golden puree. An emotional world of flavours.”

Chef’s statement: “Decadent golds and deep fig pinks. This could have been the work of Hieronymus Bosch. Bosch’s dark depictions of a sinful humanity, his conceptions of Heaven and Hell are all featured on this plate, minus the hell part. A heavenly dessert with all the elements made in the restaurant.” 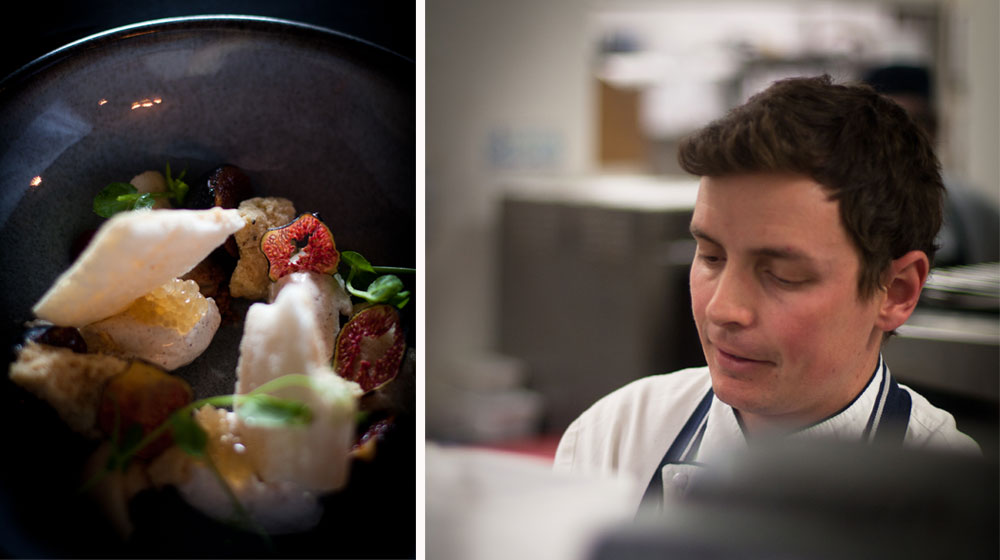