A decade of successful restauranteurship is no mean feat and is certainly a cause for celebration. The Restaurant at Gabriëlskloof celebrates its 10th anniversary this year and marks the occasion with a special menu of greatest hits. The menu will be on offer for the months from September to November 2019 and will showcase some of the most popular dishes of this Botriver wine estate eatery.

“It’s hard to believe that 10 years have passed,” declares chef-patron Frans Groenewald, who launched the venue in 2009 with his wife, Mariaan, and fellow-chef Juan van der Westhuizen. “It was while working in London that we all first dreamt of owning a restaurant like this.”

The restaurant occupies a wing of the celebrated hilltop winery and has views of the surrounding valley and a large fireplace that’s fired up on cold days. When the weather’s fair, it’s the courtyard stoep that draws families for long, languid mealtimes. 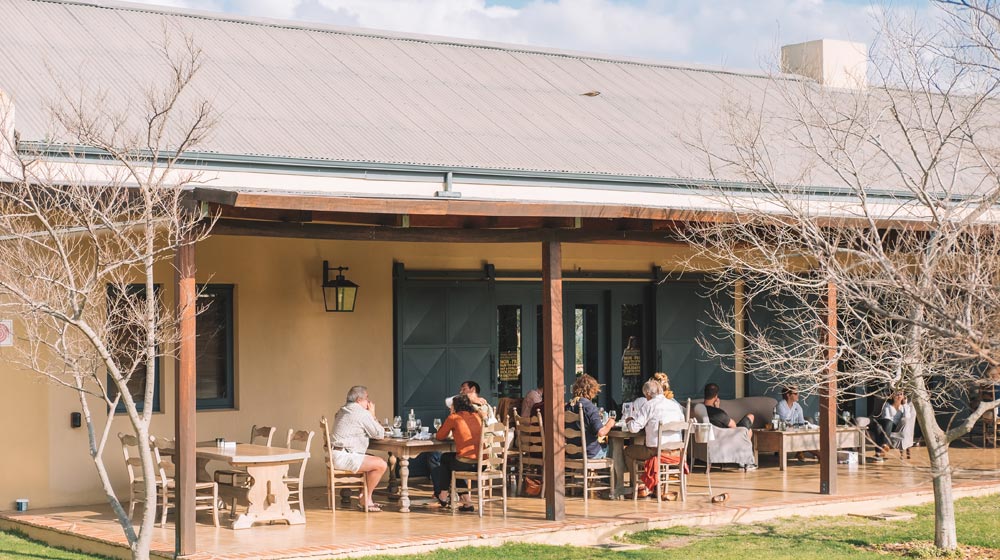 Celebrating a Decade at the Restaurant at Gabriëlskloof with Overberg Generosity

While Juan subsequently pursued other opportunities a few years ago, Frans and Mariaan have continued to build the restaurant’s award-winning status. Central to its success has been many customers-turned-friends who love the restaurant’s inimitable Overberg country style.

Ingrained in the Overberg culture is an authentic generosity dispensed informally, which has long been the centre of the restaurant’s philosophy along with a focus on seasonal produce.

The greatest hits menu celebrates the culinary journey, with both breakfast and lunch availability.

For the morning line-up, Frans’s chart-topping banana bread French toast is a natural shoo-in. Served with crispy bacon and mascarpone, it’s been favourite ever since it was conceived. There’s also the Croque Braai-broodjie, an aromatic grilled cheese, tomato and onion sandwich bedecked in a cheese sauce and topped off with a perfectly poached egg. 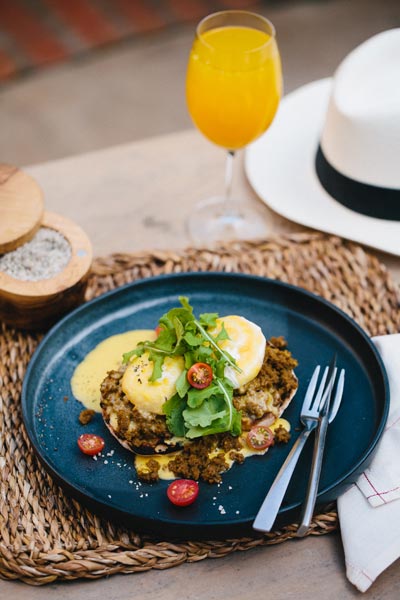 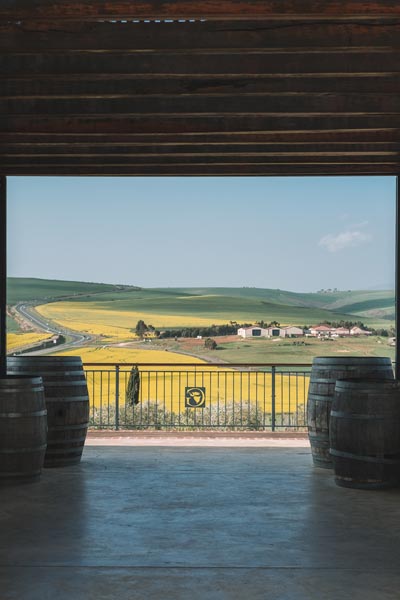 Eggs Gabriëlskloof is another star of the ages that is so typically Frans Groenewald: it features a roosterkoek served with sumptuous bobotie mince, poached eggs and a sublime hollandaise sauce.

Step in for Lunch

The lunch menu is no less mouth-watering with a delicious pork and duck rillette; butternut and barley risotto, that is heaven, whether you’re vegetarian or not; home-crafted crispy wontons; and, Frans’s signature dish, pork belly that will knock socks off. 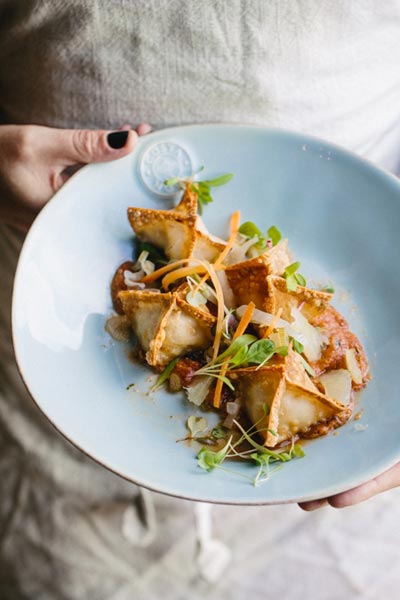 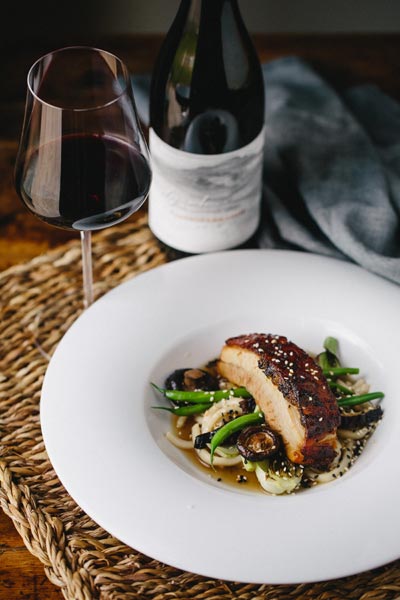 Naturally, the restaurant’s “Ultimate Burger” is there too, an ingenious composition that centres around a marrow-and-rump steak hamburger – a favourite of Gabriëlskloof cellarmaster Peter-Allan Finlayson.

Thank You to Local Fans

“The anniversary menu is a big thank you to guests who’ve become regulars over the years,” says Frans. “When we started out, people said if we can’t make onion rings like the local steakhouse, we’re done for! 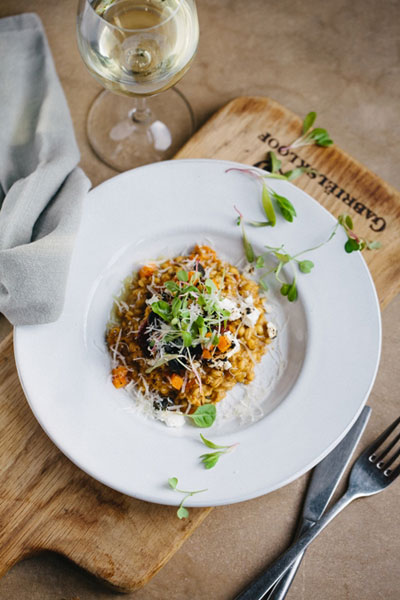 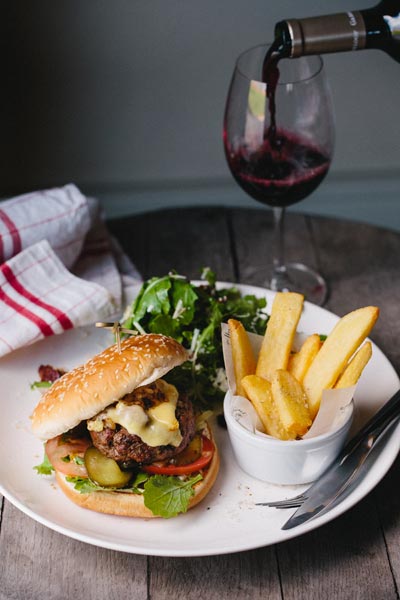 A decade on, Frans believes honesty is the defining characteristic of the experience at Gabriëlskloof. “The industry has seen a myriad of easy come-easy go trends in this time. Despite the tumult and evolution, it’s still honest food that has stands the test of time!”

And when it’s time to leave, there’s “Carry Me Home” – the heart of the restaurant deli that allows guests to take a piece of Gabriëlskloof experience with them when they leave. In addition to a selection of fine cakes and artisanal breads are seasonal food items, regional hand-made décor trinkets and various earthy gifts.

No visit is complete however, without a stop at the tasting centre where you can explore the top-quality, award-winning wines that have made Gabriëlskloof Wine Estate a household name.

Frans’s love for food was first sparked by his parents who ran their own catering company, and Kevin Warwick, founder of the eponymous Chef School near Hermanus where Frans earned his culinary wings in 1998. His quest for culinary excellence saw him travel abroad to cook in the kitchen of Moulin de Mougins, a luxury hotel near Cannes on the French Riviera, where he had to cater for numerous Hollywood A-listers, whilst honing his Provençal cooking skills. 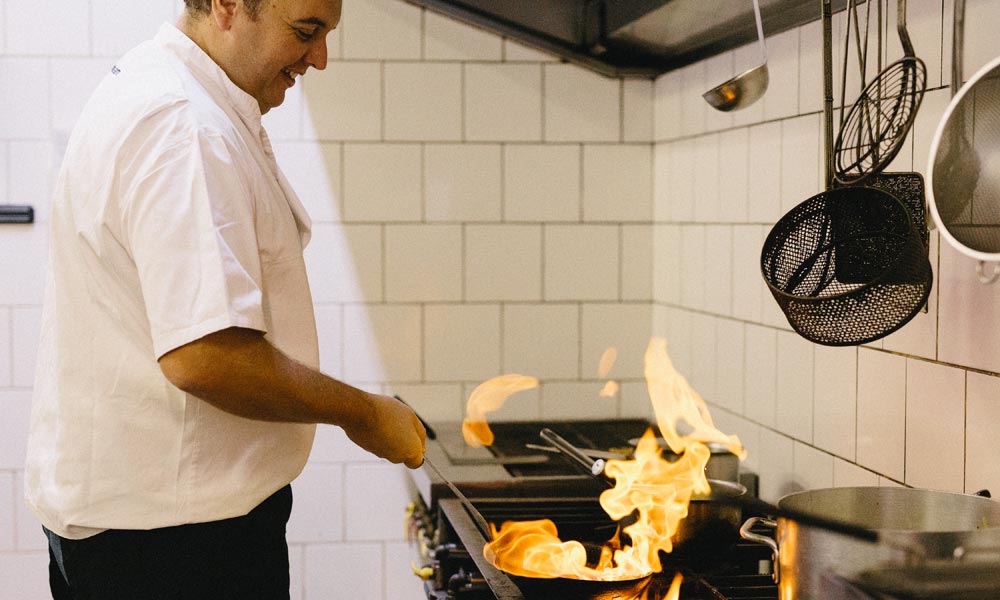 Frans’s culinary career has been nothing short of variety and challenges, ranging from professional cookery to private cheffing. Prior to running the Restaurant at Gabriëlskloof, he did a stint as a private chef for the Tollman family, owners of the Red Carnation Hotels – an international collection of five-star boutique properties.

He also worked as a junior sous chef at Milestone Hotel & Apartments in London, where he cooked for top international bands such as Westlife, Blue, Atomic Kitten and U2’s Bono. During his UK travels he worked as Head Director Chef at GlaxoSmithKline – a multi-national pharmaceutical company headquartered in London.

If you’ve never been, now’s the time to go! And if you have, the team at Gabriëlskloof look forward to welcoming you back. To reserve a table, call 028 284 9865 or send an email.

Gabriëlskloof Estate is a mere 80-minute drive from Cape Town and situated just outside Bot River, on the Swartrivier Road, off the N2.