Okay, that’s not how the original goes but in my humble opinion, it should be. Yes folks, gammon season has officially opened! I am excited, can you tell? I don’t think I’ve ever used so many exclamation marks in one paragraph! But it’s okay, because GAMMON!

Welcome to our festive edition of Meet the Meat and as you’ve probably guessed, we’re cooking gammon. Gammon is without a doubt my favourite holiday meat and it’s up there in my top three of all meaty treats ever. It’s just a big ol’ hunk of holiday love and it never really feels like silly season has started until you’ve had that first salty and sweet bite of porky nirvana. Okay, okay enough about all that, let’s get to the cut and what makes it so special.

Gammon comes from the upper hind leg of a porker and it’s first cured and then smoked. This process is what gives gammon it’s incredible flavour. It’s the same process that’s used to make bacon. Bacon… let that sink in. It comes in two varieties, bone-in and boneless, what you choose is really up to you. The bone-in cuts tend to be bigger but the boneless are a lot easier to deal with when it comes to carving. The boneless are typically wrapped in a elastic fishnet sock to amp up its already sexy appeal and to keep the meat together during cooking. I’ve decided to go with a boneless variety for my feast.

Cooking a gammon is really easy but it does take time. You can choose to either roast it or boil it before the final glazing, I’ve gone with the boiling option. Something to keep in mind when you’re picking out your gammon is this: your inner piggy might steer you to pick a gammon that would sait even mighty Thor’s appetite, but remember, you need a big enough pot to fully submerge it. As a rule of thumb, a two kilogram gammon is a good size for six people.

So now that we’ve got all that out of the way, it’s time to cook. You can boil your gammon in anything from water to ginger beer, but I’ve decided to go the Coke route, made famous by kitchen siren, Nigella. Coke is full of sugar for a sweet finish and gives the gammon a rich dark colour. To that I’ve added a couple of vegetables and spices to create an aromatic cooking broth. If you use water for your stock, you can use it afterwards to make soups or sauces – it will be full of gammony flavour. The gammon will simmer gently in the broth until it’s ready for glazing.

Speaking of glazing, there are many options and some, like honey and mustard, are very traditional. I’ve made a few gammon in my day, so for this year’s offering I’ve decided to push the porky barge out a bit. I’ve gone with a blueberry jam as a base and spiked it with the sultry, smokey heat of chipotle chillies (smoked, dried jalapenos). If you’ve ever read any of my previous recipes you’ll know I’m a big fan of chipotle chillies. I’ve been using them for quite a while now and you could say I am a bit of a chipotle hipster. I was sourcing them way before they became easily available – yes, I am that cool.

So, we’ve got our broth and our glaze, all that’s left to do is to get the piggy ready for the party. Once your gammon is out of the pot and cooled it’s time to dress it. Start by snipping off it’s stocking and discarding. Next you’ll need to remove the skin. During boiling the skin goes tough and rubbery and I’ve yet to find a use for it other than dog treats. Next, you’ll need to score the fat layer before applying the glaze.

The fat can be quite delicate, so apply the glaze with care and try to get it into the score marks. At this point it is perfectly acceptable to stand back and marvel at your soon to be masterpiece. Lastly pop that sucker into the oven and if you’re like me, you’ll take a seat on the ground in front of the oven and watch that glaze caramelise. Oh sweet gammon, how do I love thee? Let me count the bites… 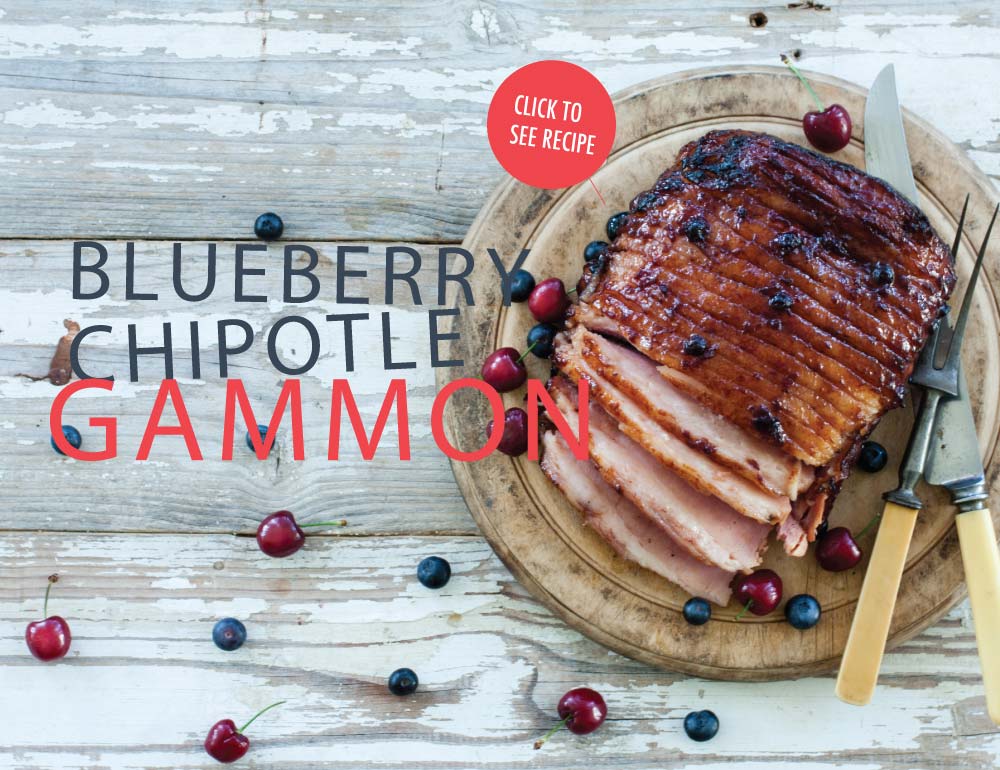 The Gammon
Place the gammon in a large saucepan, add the rest of the ingredients and then pour in the Coke. The gammon must be submerged in the liquid. Bring to a boil, then reduce the heat and simmer for 2 hours – the rule is 30 minutes per 500 g meat. If any foamy scum collects at the top of the pot just skim it off with a spoon. Top up with more Coke as needed.

Remove the gammon from the saucepan and and let it cool slightly. Set the oven to 220 ºC.

Cut the netting off and discard. Run a sharp knife under the skin, but be sure to leave a layer of fat (leave your prefered amount). Gently peel away the skin and either discard or cut up as treats for your furry friend. Score the fat with lines, or if you’re feeling retro, you can do a diamond pattern.

The Glaze
In a small saucepan over a moderate heat, heat the oil and butter. Add the onion and cook until it has softened. Add the garlic and fry for a minute until fragrant. Add the rest of the ingredients and whisk to combine. Bring to a boil and then reduce the heat and simmer for 10 minutes while stirring occasionally. Remove from the heat and set aside to cool completely.

Place the gammon on a roasting rack and paint it with a generous amount of glaze. Bake the gammon for 15 minutes, then give it another painting of glaze and bake for a further 15 more minutes until the outside has caramelised. Remove from the oven and let the gammon rest for 10 minutes. Carve, serve and devour.

See other recipes in the Meet the Meat series 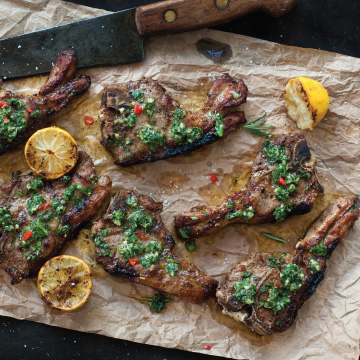 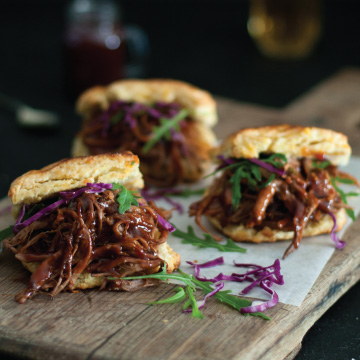