The Dusi Canoe Marathon seems rather aptly named when you consider that it doozy is a colloquial term often used to describe something difficult or extraordinary. You could say that the Dusi is a doozy. And that it is. Known as one of the toughest races in the world, the 120 km race is the biggest on the African continent and sees around 1600-2000 eager paddlers battling it out each year. The story of unlikely teammates, Piers Cruickshanks and Siseko Ntondini, sparked a movie, Beyond the River, based on their relationship and their winning Gold in the 2014 race. We chat to Piers about their incredible journey.

What was life like for you before you entered the world of canoeing?

I was a runner before I was a canoeist – I trained hard, loved it, but achieved mediocre results in comparison to the effort I put in. Like canoeing, it was never a career for me, but something I did because I had a great passion for it.

Can you tell us about the journey that led you to canoeing?

I ran into trouble with knee injuries while running. Fortuitously, my dentist was a runner and a canoeist. He leant me a canoe and a paddle. I took up the sport in July when the water was freezing – so that was good motivation to learn to balance.

How did your partnership begin?

Siseko was one of the guys who came up through SCARC (the Soweto Canoe and Recreation Club) who really stuck it out. I watched him grow from a little guy who paddled with spinning arms – but went very slowly, into a competent and competitive athlete. He always had drive and determination – even from his younger years. At the end of the 2013 Dusi, after smashing my boat and walking for over 4 hours to get to the end of the race, I finished last. Most people had gone home but Siseko was there waiting – and asked me to paddle together the following year. 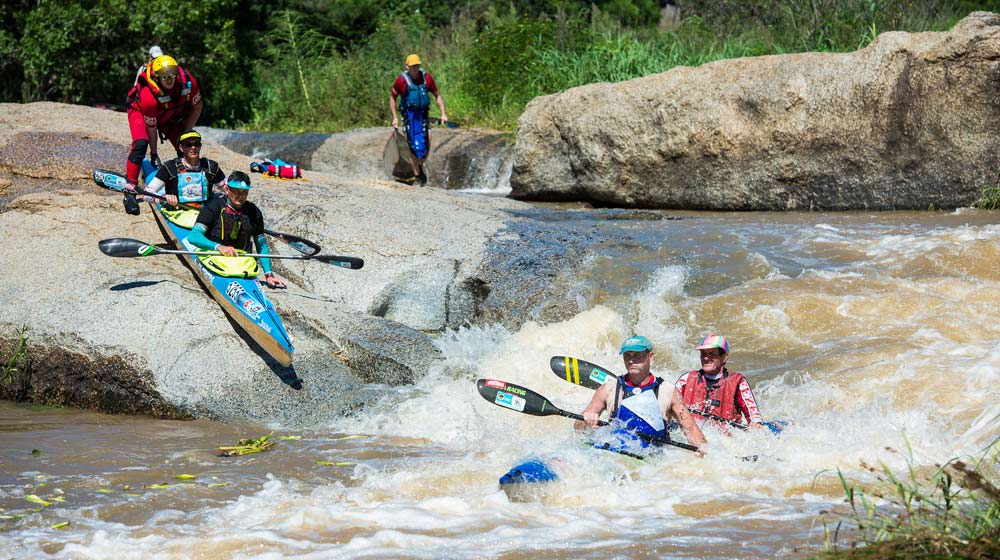 Beyond the River, the movie based on your story, has been described as being about perseverance, friendship and going beyond… do you feel that this describes your story?

The essential elements you mentioned of our story are there and I think the filmmakers did a good job of communicating the essence of what our story means to the audience. But the personal life and details of the character “Steve” are not mine at all. There’s a stubbornness to his character that my wife tells me is true!

Can you explain what the Dusi Canoe Marathon is and its significance to a competitive canoer?

The Dusi is a 120 km race between Pietermaritzburg and Durban, held in three stages over three days. It involves paddling down treacherous rapids, through rural valleys and spectacular gorges. There are sections where you have to run with your boat in the heat and humidity of the Valley of a Thousand Hills. It’s an experience you’ll never forget.

Can you give us an idea of what it is like to take part in the biggest canoeing event in Africa?

It’s a unique challenge. The locals from the valley are hugely supportive. For many years, in my competitive career, it was the only race where the nervous anticipation could keep me from sleeping the night before!

How do you prepare for the race and what training do you do?

Do you follow a special diet before and during the race?

Not really, I follow my body’s cravings – I eat and drink an enormous amount during the three days of the race. But I keep it healthy. It’s usually hot during the race so you need to drink a lot of fluids. 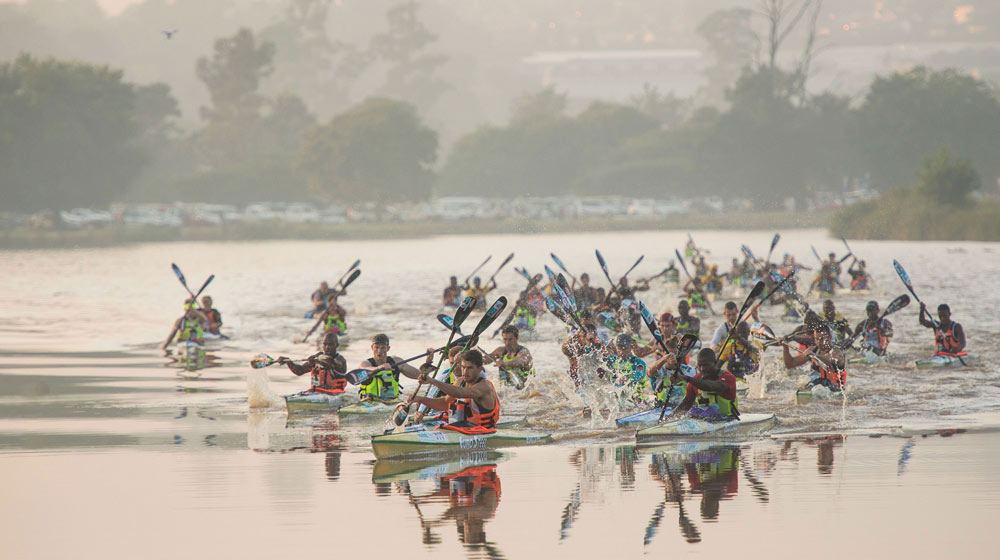 Piers, how has your relationship evolved since you first met?

Siseko has become a good mate. In the beginning it was just about paddling, but you learn a lot about a guy when you’re relying on each other in a race like that. There’s a trust that builds up. Since the movie and the book, we’ve spent so much time together, so we’ve kept the friendship.

What’s the number one life lesson you have learnt from Siseko?

Spending time with Siseko has been good for me. To get to know a guy from a completely different background broadens your mind. We all spend a lot of time with people who have similar cultural beliefs and circumstances to our own because it’s convenient. So, I feel I’ve grown through the experience.

What role do you see for yourselves, and other sportsmen of your calibre, in the future development of SA sports, with particular reference to disenfranchised communities?

The partnership between Dabulamanzi –the Northern suburbs, Johannesburg – based club and SCARC in Soweto has set an example of what can be done when a community puts its heart in the right place. When people have a similar interest – which might be a sport, a cultural activity or even a religion, there are opportunities to bridge the other differences. For example, a guy who’s the CEO of a major corporation might find it easier to mentor a young guy who’s interested in his line of business, if that young guy can help him to a personal record at the club time trials! It’s about finding common ground – the relationships and partnerships can follow more naturally from that.

Looking back what advice would you give a young you?

Don’t take yourself so seriously! Enjoy the incredible journey.

Make sure you see the inspiring story Beyond the River captured on film.

For more delicious recipe inspiration subscribe to the Findus newsletter.