What Exactly Is Miso?

Miso. The only way to really describe this popular ingredient’s flavour profile is earthy, salty and sometimes sweet. Once used almost exclusively for soups, this fermented, funky paste has show how truly versatile it is now being used from glazes all the way to caramels. If you haven’t really used miso before, it might be the right time for you to start.

Miso was once considered an ingredient for the wealthy in 10th century Japan. It was so expensive that most people could only eat a small amount on pickled vegetables or rice. However, because you only need a small amount to get those rich, umami flavours it was mainly used as a seasoning for simmered fish and once thinned with vinegar, it became the perfect sauce or glaze for namasu (raw fish), vegetables or salads. Fast forward to the year 2000, 90% of miso used in Japan was used for soup. 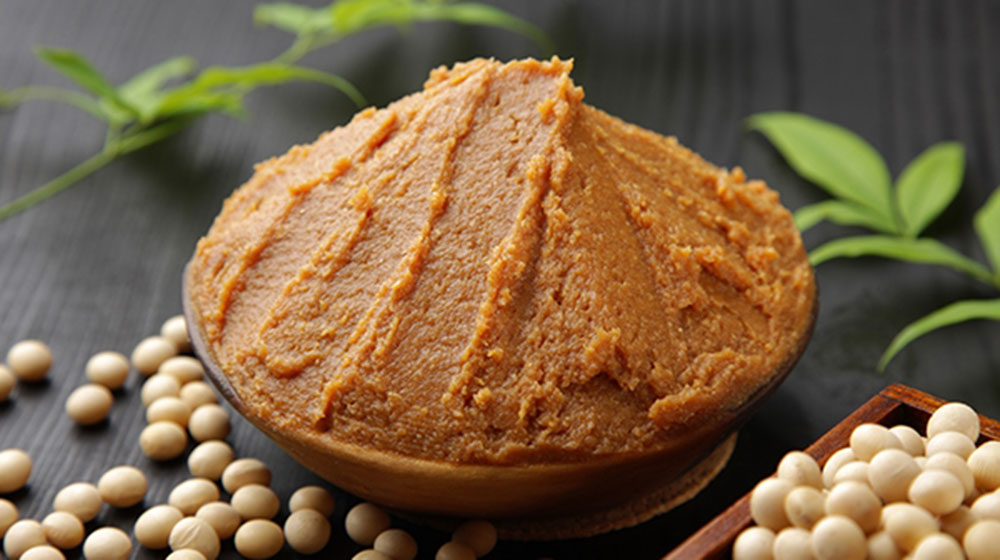 The literal translation from Japanese means ‘fermented beans’ and that’s exactly what it is. It is made of fermented soybeans combined with koji, a mould that’s cultivated from barley, rice, or soybeans, (it’s also used to make sake) and salt. Like most delicious fermented things, miso has to be fermented anywhere from a couple of months to years. To get a more complex flavour and darker hue, it should be fermented for as long as possible.

Even though all varieties contain some, if not all of the same core ingredients, the way it’s fermented and the proportions of ingredients in each variety is never the same, resulting in different miso variations.

Why is it So Great?

It has long been a Japanese pantry staple, just one tablespoon can elevate any dish by adding a strong, savoury element. It’s perfectly funky, sweet, salty and earthy, giving dishes a deeply layered flavour profile. It’s the magic touch add to umami-rich broths, to delicious glazes that give vegetables caramelisation, as well as a great marinade for fish and meat. 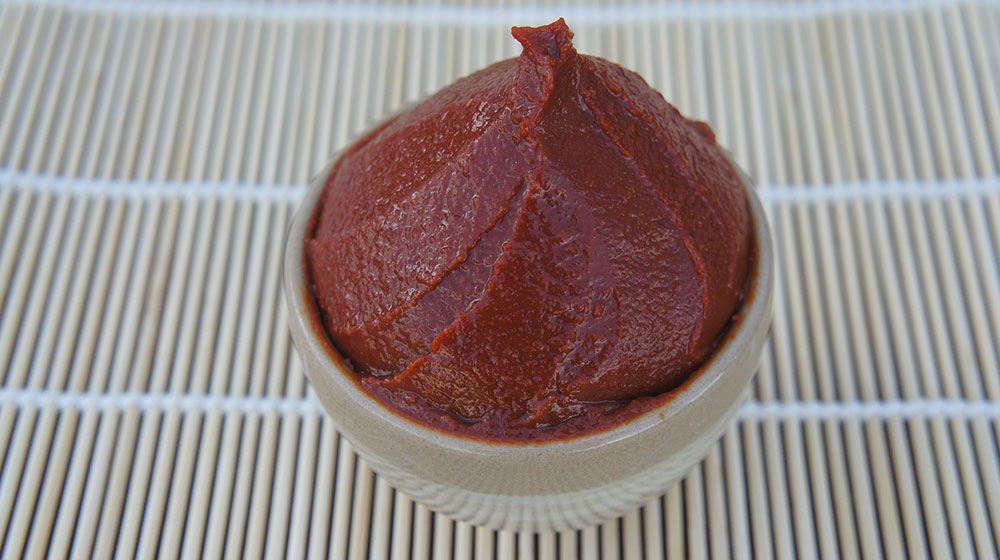 It’s also incredibly good for you, it contains probiotics which promote a healthier gut and can also help boost your immune system. Because it can help with gut health it means it can also help with anxiety and depression, you can read how gut health and mental health are directly correlated here. Miso is also rich in essential minerals, folic acid and is a good source of various B vitamins, vitamin K, vitamin E.

The Different Types Of Miso

White Miso (shiromiso): Made from soybeans and a high percentage of rice which is fermented for a shorter period of time than its counterparts. The result is a light, slightly sweeter miso. The milder taste makes it the most popular and the most versatile.

Ideal for: Dressings, soups and marinade for fish.

Red Miso (akamiso): If you’ve ever had a very salty, maybe pungent miso, it’s most likely akamiso. This version has a long fermentation process to create a more mature, rich umami taste, and is a much darker colour as a result of the longer fermentation. It’s typically made from soybeans, barley and other grains.

Yellow Miso (Shinshu): Like its red counterpart, it’s made with fermented soybeans and barley, with the exception of other grains. It’s typically a lighter brown colour and a less pungent flavour than akamiso.

Awase Miso (Mixture of Red and White): This is a result of combining both red and white miso. This variant is a versatile ingredient, suitable for all types of Japanese cooking. 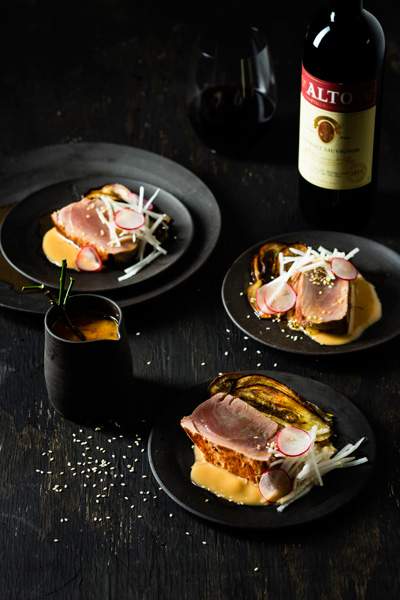 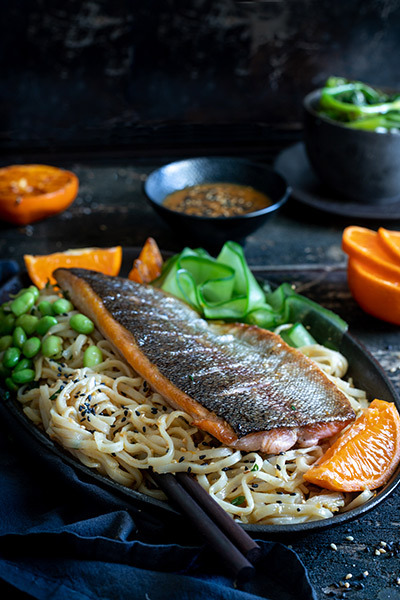 The tanginess of the miso perfectly compliments the naturally sweet-as- honey flavour profile of ClemenGold® mandarins, the perfect glaze. 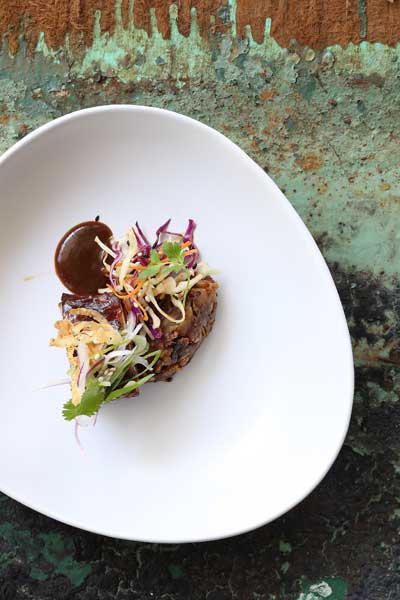 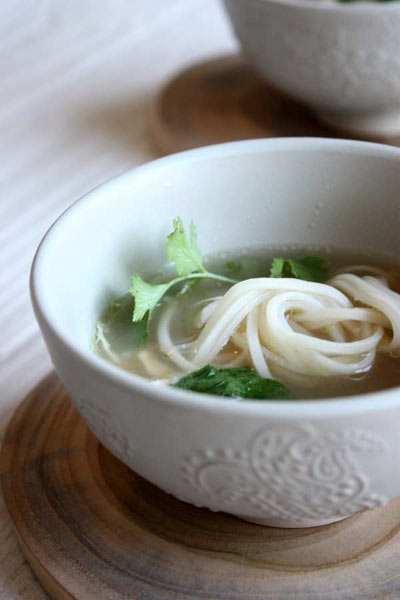 This dish has some intentense sweet-salty flavours that will leave you gobsmacked you haven’t had it before.

It’s time to upgrade your boring ol’ chicken noodle soup recipe with this incredibly delicious one.

Share15
Tweet
Pin3
WhatsApp
18 Shares
Escape to the Luxury of The Alphen Boutique Hotel, Constantia
A Selection of our Favourite Local Olive Oils 2020