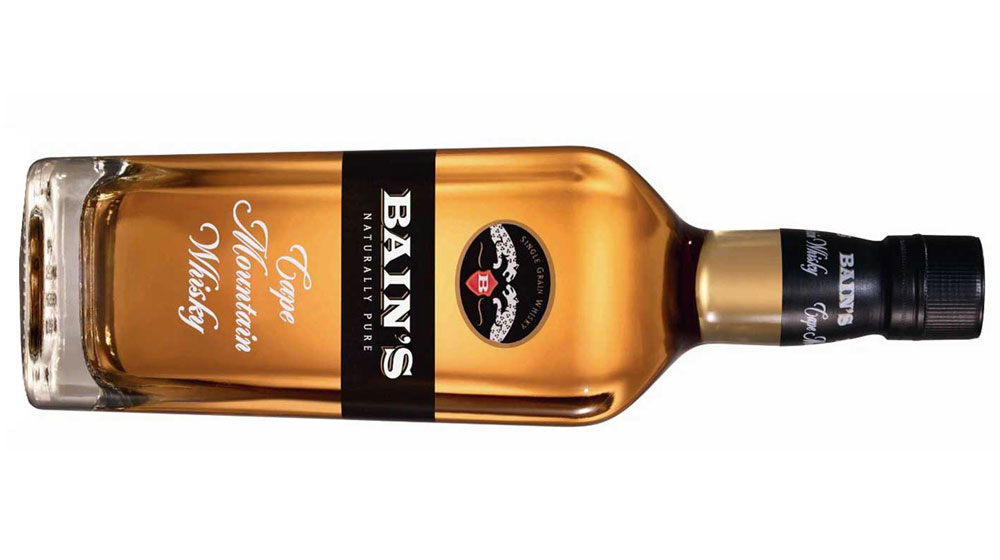 Lauded for its “Big, strong fragrant nose with vanilla and orange, caramel toffee and spicy oak” flavours by the international panel of judges, the “sound, full flavoured finish” echo’s the reason why whisky experts and consumers from around the world have been praising this multi-award winning whisky since its launch in 2009.

Inspired by the Cape Mountains and its natural beauty, Bain’s Cape Mountain Whisky is South Africa’s first single grain whisky and is crafted at the James Sedgwick’s Distillery situated in one of South Africa’s most picturesque regions near the Bainskloof Pass. The whisky is inspired by the areas’ magnificent peaks, cool, sparkling streams, wooded valleys and a wealth of indigenous fynbos.

Only the finest South African grain is used together with water that flows over 850 million year old sandstone and indigenous fynbos, setting Bain’s Cape Mountain Whisky apart from any other whisky produced in the world. The whisky is quite uniquely double-matured – first for three years in casks previously used for Bourbon, before being revatted into a fresh set of casks for a further maturation period that result in its exceptionally smooth and unique taste.