Mama Nancy and The Moyo we Khaya Garden

Abalimi Bezekhaya, the non-profit urban agriculture organisation, has a far and wide reach. They’re responsible for ‘greening’ much of Khayelitsha and Philippi, as well as enabling residents to grow vegetables for themselves and their families. Any excess produce is bought for the Harvest of Hope weekly vegetable boxes. It’s an incredible set-up, one that has changed the lives of many.

We met Mama Nancy, who is a pillar within the Abalami project, she’s been chairperson for the organisation for about the last ten years, and was part of the driving force that made the Moyo We Khaya food garden in Khayelitsha such a success. The garden was actually set up by Abalimi stalwart Christina Kaba, who then got Mama Nancy on board. 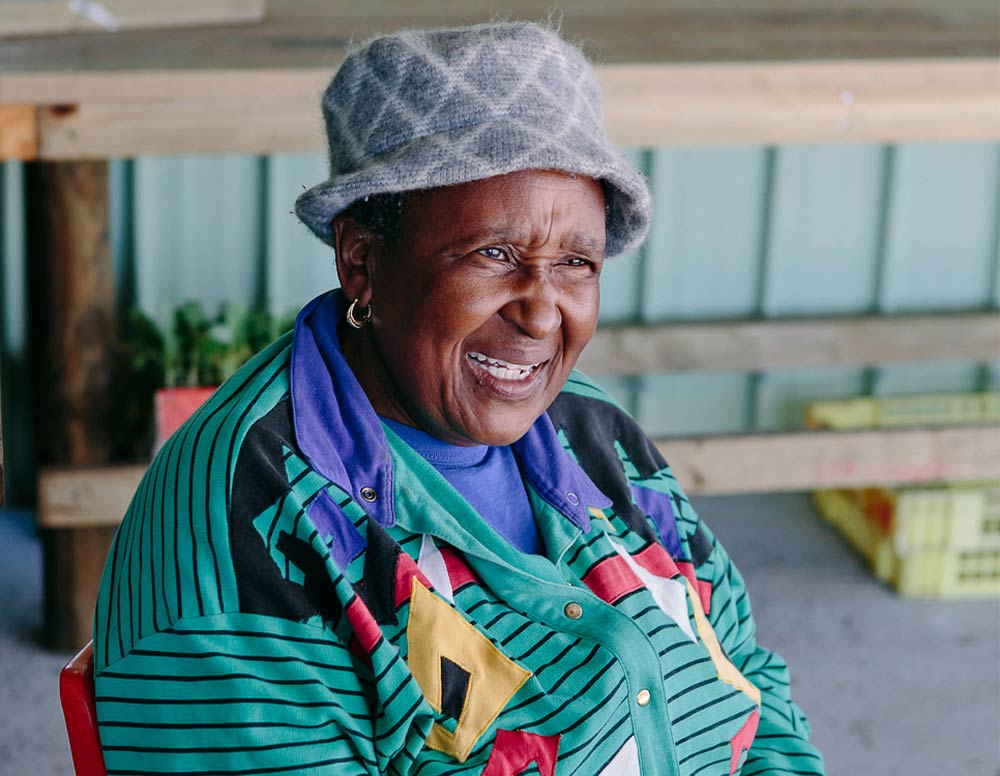 First things first, we’d love to hear the story of how you got into gardening and your role at Abalimi?

It was Christina Kaba who recruited me into Abalimi, and she also recruited me into the garden. We met when I was still working [as a school principal] and Abalimi organised greening for the school. That was where Christina and I met and became friends. It was then that she recruited me for Abalimi in about 92/93, and then I subsequently joined the garden when I retired. 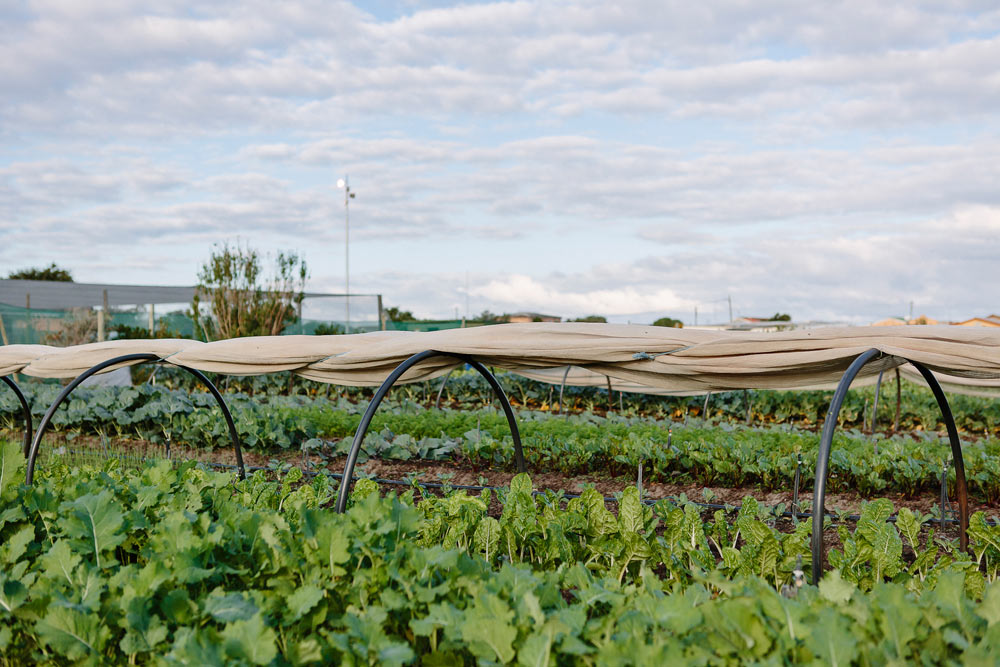 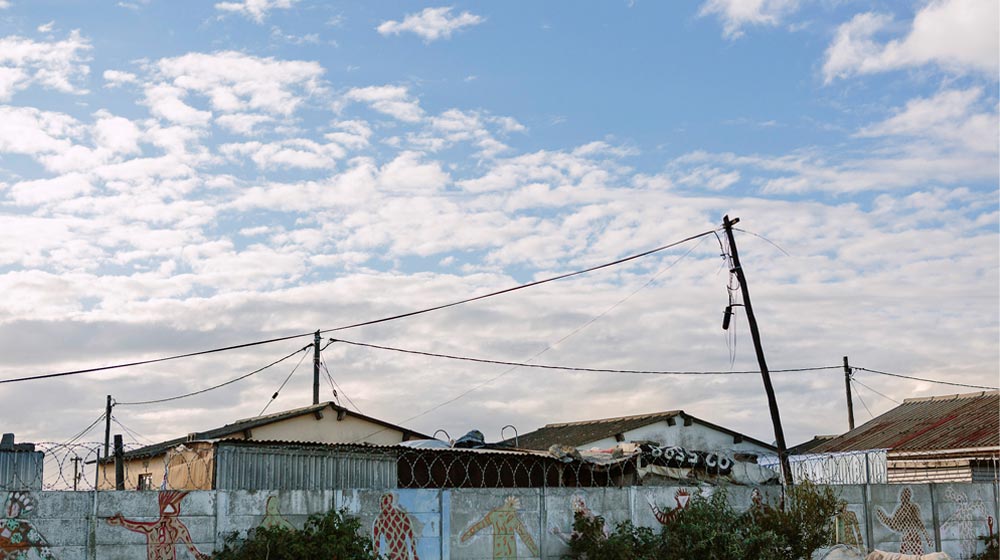 What did you know about gardening before you started? How did you learn so much?

I was born in the Eastern Cape, and I grew up there too. My parents worked in Cape Town and when they retired, they returned home to the Eastern Cape and they began growing vegetables. But before I moved to Cape Town for my own work, I unfortunately didn’t ever take part in the growing but I enjoyed eating the vegetables that they grew. I could appreciate them but I didn’t know much. When Christina wanted to recruit me, I said “Ok, but why?” and she kind of dangled a carrot in front of me to tempt me. She offered me things like aubergines, which I would always see in the shops, but never bothered to buy because they were expensive and I didn’t know how to cook them. I would stick to the usual vegetables that I knew. Christina let me taste lots of new vegetables, which I liked, and I decided to join the garden because I had retired and had nothing to do.

She initially asked me to help with managing the people working in the garden, because I had experience with that. But once I got here, I just started growing vegetables and I became very interested in gardening and I learned about all the varieties of each vegetable. I then went on to the internet and began to look up recipes, which I shared with the group here.

Through that, I began to learn a lot about the vegetables. I also began to learn a lot about the indigenous veg, which my mother used to cook in the Eastern Cape, but that I didn’t take note of, and then began to cook them for myself. What was very interesting to me is that the veggies have quite a lot of pests and they have lots of different troubles – just like humans! They need nurturing as well – just like humans! It’s very interesting. They are all different in many ways, they’ve even got companions, like humans! But I’m still learning, life is a learning curve, but I find this all very interesting. Now I’ve developed an interest in herbs and spices, and so I’ve been googling everything about them. I even had a problem with my lumbar, it had been hurting for a very long time and I read about using cayenne pepper. Cayenne pepper is good for a number of things, I even lost weight when I was using it for my back. All I was doing was mixing it with a little bit of water in the morning, and for the rest of the day, I never felt hungry and had loads of energy. It also helped my back beautifully! I can bend and do everything now! I’ve learned so much, but still have a lot to learn in the garden.

How big is this plot of land and what did it take to set it up?

The plot is one hectare. When we started, it was very difficult. It was completely covered in sand and I never thought that anything could grow here. But then I read a book about a woman who went from one country to another because God told her to grow vegetables. And despite the land being barren, and people doubting her, she grew them. People thought she was crazy. We had the same thing, people questioned us the whole time, but here we are. The garden is two years old now. And this was my first garden!

Why do you enjoy gardening so much and what positive changes has it brought into your life?

I love it because I’m enjoying eating organic vegetables. Because I used to go to Woolworths and I would always see organic veggies and would wonder what does that mean? What is the difference? But now I understand! I come here, pick up some fresh veggies and go home and cook! I love veggies!

So, what is your favourite vegetable to grow?

That’s a hard one. I like spinach, because you can use it in quite a number of things. And we use spinach in our culture, in umfino [mixture of maize meal and chopped spinach, cabbage and potatoes]. So I like spinach, but I eat everything, even if I’m seeing it for the first time. I have to taste everything. I love them all! They all have different vitamins and tastes, and I know that using some herbs can enhance the taste of other veggies. I’m going to write all my recipes down and paste them on the wall to share the information. You teach a woman, you teach a nation! 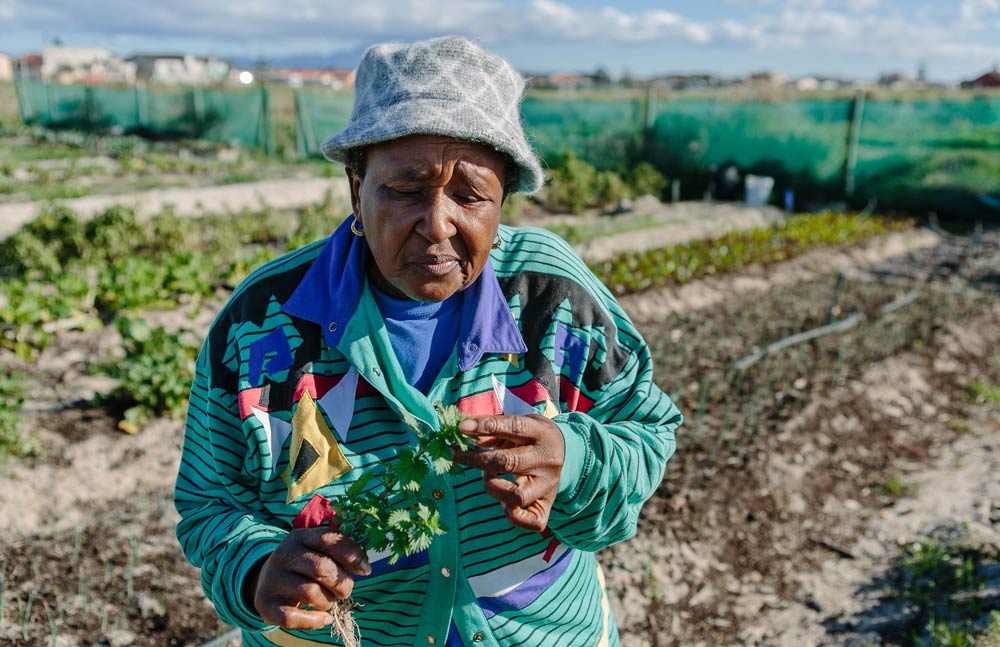 What are the biggest challenges you face with the garden?

The biggest challenge in the garden is the pests. The seeds don’t cause many problems, but the pests do. We’re not using pesticides, you see. There are moles and snails, it never ends. And we have to be friendly to the environment, which is frustrating. We have to be nice to them, even though they’re messing up our garden.

What is your favourite part of the gardening process: the planting, the tending or the harvest?

Harvesting is the best, because when you harvest you think back to how you have nurtured the veg. Because it does need nurturing . If it’s not growing well then you have to do something about it. Growing is very difficult, but when you harvest, you can see that you’ve worked very hard and you’ve nurtured the plants very well. It’s like raising a child, there can be lots of frustration but once they’re all grown up the parents can feel proud. 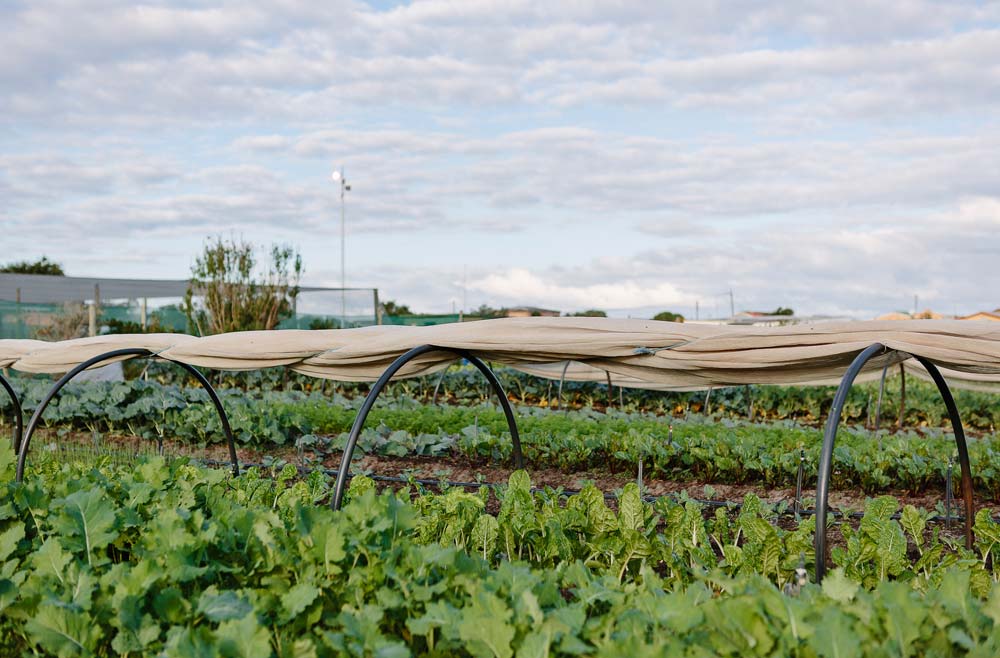 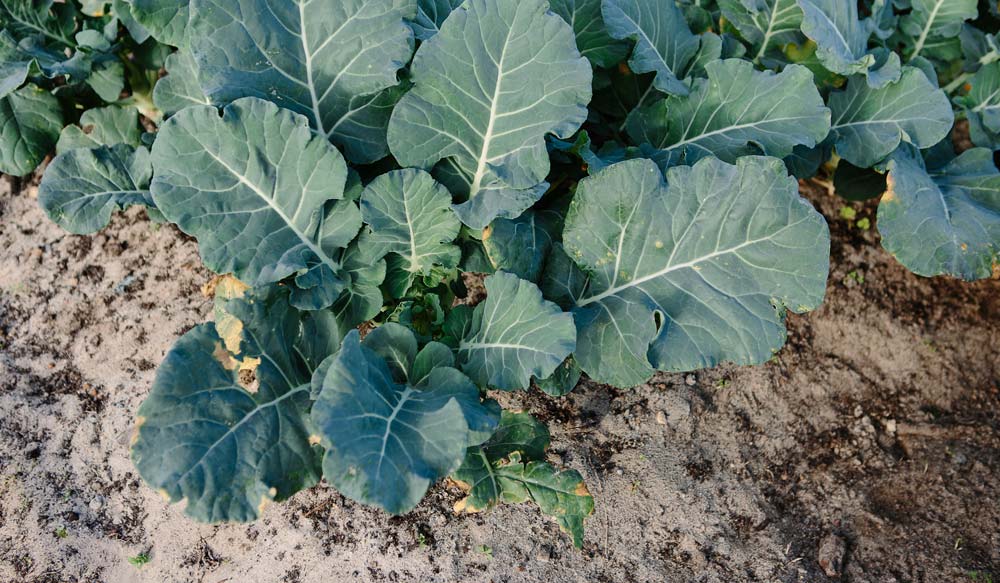 What have you enjoyed most about being part of the Abalimi team?

I had never been involved in such a project, this was the the first time. It has its challenges. I’ve worked in the government where there’s money that comes in and you know what to do with it. Working on a project like Abalimi, you have to rely on donated funds and it’s quite challenging. I am enjoying it though, because even though it can be frustrating, the challenges always teach us something.

What has the community’s reaction been?

People come and appreciate what we are doing here. Especially the elders, who wished they had joined us from the outset, when we started. They didn’t realise that it was going to look like this. Only now they come and ask that if there’s a space, they would like to join. I thought that the youngsters in the area, who weren’t working, would come and see me working in the garden and think “why not us”. But they only marvel at me when I go home, and then talk to me and ask what I was doing.

They would ask me why I wasn’t chilling at home, to which I would say, there’s no time to chill in life. You have to keep busy. If I wasn’t in the garden I would be doing something else. But I figure that it’s close to home, and I’m enjoying it. 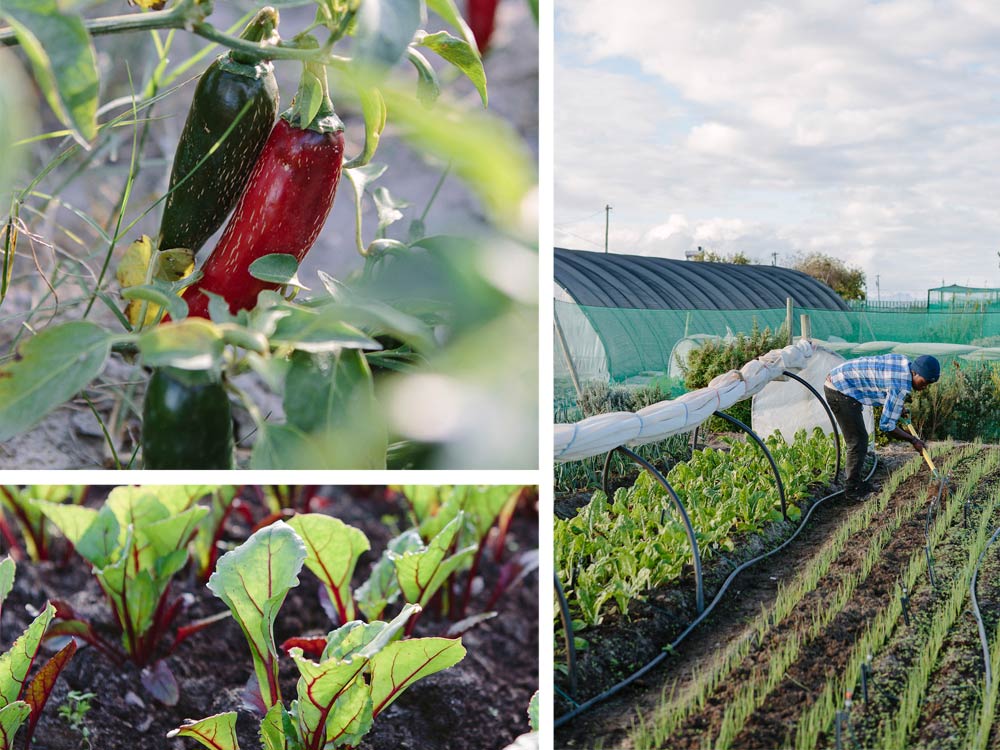 How did the 12 staff members come to work at the gardens?

Once we obtained the land, Christina actually took a loudspeaker and announced “all those who would like to grow vegetables in the garden, please come! We’ve got the land, it’s very exciting! All are welcome!” And a lot of people came, but we had to cut the numbers because others were elderly people and we wanted people with energy.

The youth came, but found it very difficult because they’re not used to working very hard, and here it’s no child’s play. I told them that we were going to work very, very hard. If you think you can’t make it, there’s the door. Don’t cheat yourself, if you can’t work hard, don’t even start. We don’t want the land to be unused. The people working here have been here a while. 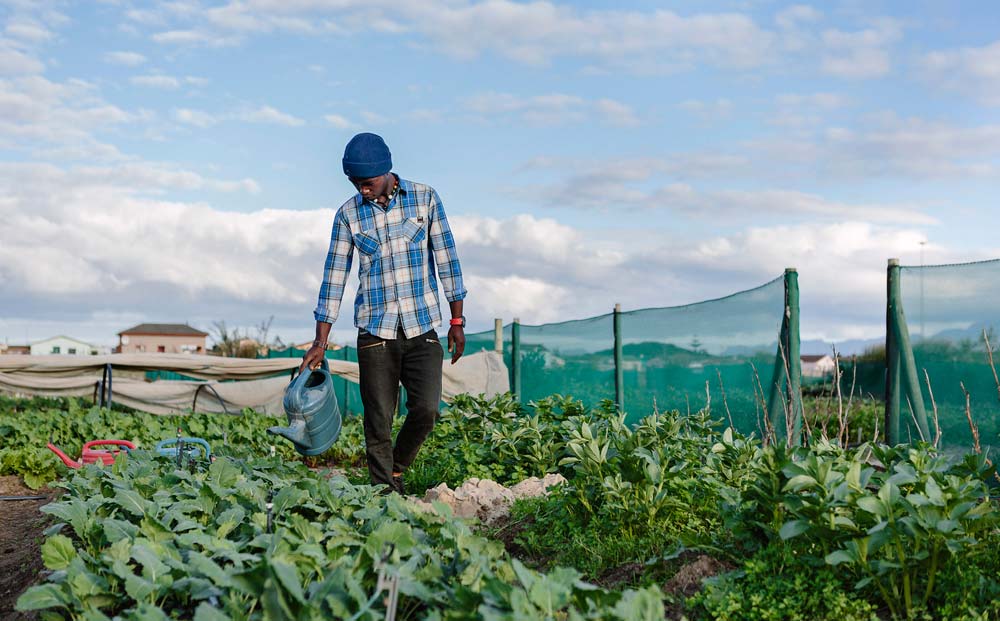 Can you tell us what’s next for the garden?

Well, we intend to get the land next door. Initially we wanted both pieces of land, which together make two hectares. It was meant to be used for a school, but there are too many schools in the area so we applied for the land. It took us quite a while to get the first land, but we should get the new land soon.