If you’ve reached the stage of your life where the thought of going to a festival of 30 000 people, constantly standing in a bathroom line, slowly sobering up only to miss the one band you spent 8 hours traveling for seems like a hellish nightmare, it’s time to put your youth behind you and enjoy a festival like a proper adult.

Littlegig, is the world’s only all-inclusive 24-hour festival and returns to Wiesenhof Farm in Cape Town from 28 – 29 January 2017 with a progressive line-up of highly coveted experiences spanning international music, food tastings, fine art, fashion and design.

Although festival food has come a long way since greasy hotdogs and burgers, Littlegig has taken it to a whole new level. Headlining the foodie front is the Danish wonder chef Rasmus Munk. If you think that molecular gastronomy began and ended with Heston Blumenthal, pay attention. At only 25, Munk is at the forefront of a new wave in Nordic cuisine, he sees food as a stage for storytelling, provocation and sensory deception. Munk focuses on designing the entire eating experience at his Copenhagen-based restaurant, Alchemist, which was named “Innovator of the Year” by Nordic food bible White Guide Denmark for 2016/17. Munk will host a Chef’s Table (at an additional charge of R1000 per head) and will take part in the Chef-and-Farmer Tasting, which will also include some local talent such as Chris Erasmus of Foliage, Jason Lilley of Jason Bakery and PJ Vadas of The Hoghouse as well as teaming up with farmers Angus McIntosh and Wayne Rademeyer of Buffalo Ridge. 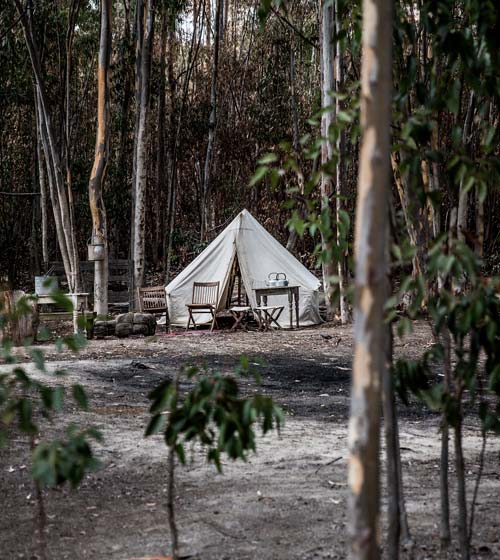 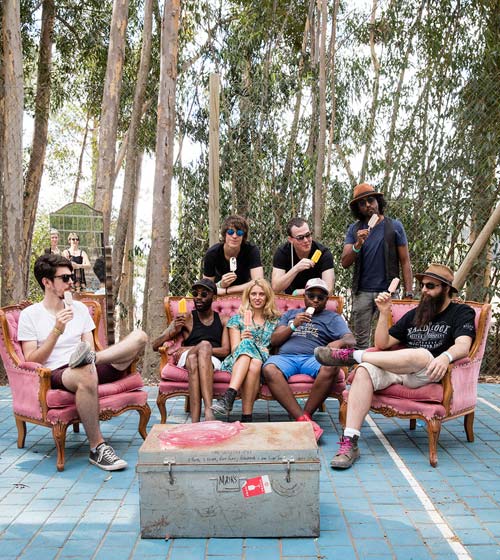 Also to be repeated from last year are the Wine Tastings featuring wines from Tokara, Glen Carlou, Babylonstoren, Warwick and many more. And for those more inclined towards spirits there will be a late-night gin and single malt speakeasy.

On the music scene guests will be treated to a 3-hour back to back Sundowner set by the Johannesburg-based international DJ and produce Culoe de Song along with executive producer Strat3gy, performed on an island in the middle of the lake. Seth Schwarz is the headline DJ for Littlegig’s Night Stage, held on Wiesenhof’s old basketball court. A classically trained violinist, Schwarz has become known for his highly crafted merging of the analogue world of the violin with the digital bass lines of house and techno. He is a fixture on the underground electronic music scene, playing at festivals around Europe and events such as Burning Man in the US.

L.A. DJ/producer Captain Planet, a.k.a Charlie B. Wilder, will be headlining Littlegig’s Tropical Bass Tent with his trademark sound that breaks boundaries between genres and bridges continents through rhythm.

Headlining the daytime Forest stage is singer/songwriter Nakhane Touré, whose debut album Brave Confusion won a SAMA for the Best Alternative Album. He took the name Touré in homage to his idol Ali Farka Touré though he is as likely to cite Morrissey, Nina Simone or Radiohead as influences.

Littlegig has added many new features for 2017, giving festivalgoers a wide range of unusual experiences to choose from. DJ Art Car will play the sundowner set on an island in the venue’s lake, with the vehicle moving to a secret forest location after midnight. The island will also host a Rum Shack playing rare African vinyl music, and a Tropical Bass Tent serving vegan juices and snacks.

Other new features include a Night Lawn experience with mint tea and hookah pipes, and the Krone Salon – a champagne bar with hair and make-up stylists.

So, if you enjoy the idea of an outdoor festival but just can’t handle the brutal reality then we suggest getting your hands on a LittleGig ticket, it wont disappoint and you will never look at festivals the same.