In the kitchen, you’re only as good as the knife you use. And even if you’re a home cook, this sentiment still runs true. If you consider yourself an accomplished cook but you’re still using shoddy knives, you’re not unlocking your full culinary potential. If you know you need a knife overhaul but are not sure where to start, check out this list of kitchen knives that every aspiring cook should own.

It’s worth mentioning that there is no point in spending money on new knives if you aren’t going to look after them. When the blade inevitably dulls, you’ll need to have it properly sharpened on a stone. If you can’t do this, find a professional who will. Without this maintenance, you may as well be using butter knives. Take care of your knives and you can expect to have them for many years. 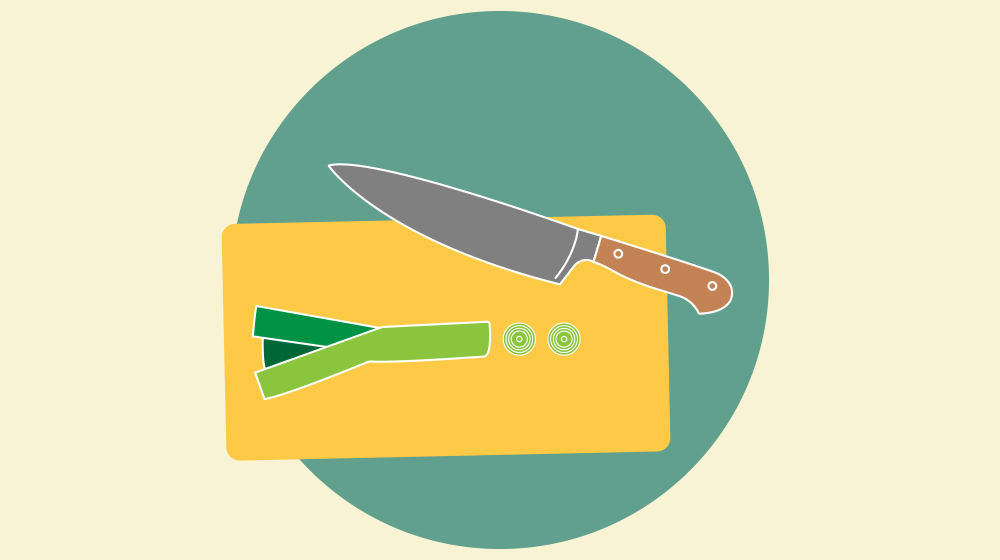 Right, the first place to start is your hard-working chef’s knife. It has a long, straight blade that measures between 15 and 36 centimetres in length. Depending on the style, a chef’s knife can either be more curved along the cutting edge (known as German-style) or straight until it curves up near the tip (this is referred to as French style). Neither style is better or worse, it really comes down to preference. These knives can be used for most kitchen tasks, they’ll easily dice and slice veggies, as well as disjoint certain cuts of meat. 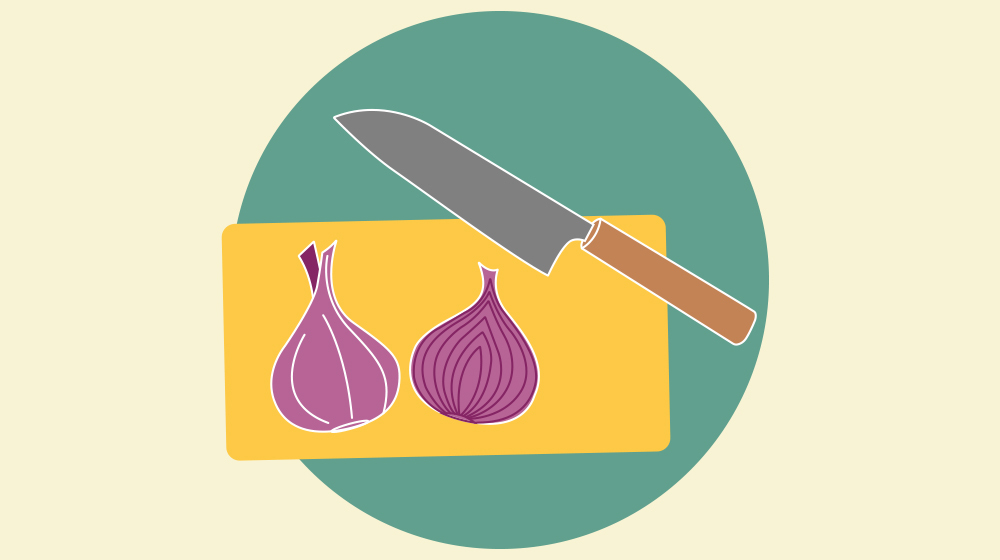 Basically a chef’s knife, a Santoku is a very traditional Japanese knife used for most kitchen tasks. The word ‘Santoku’ in Japanese actually means ‘slicing, dicing and mincing’. How this knife differs from a Western chef’s knife is the blade shape, it has a ‘sheep’s foot’ curved edge at the end of the tip and lies flatter than other chef’s knives. 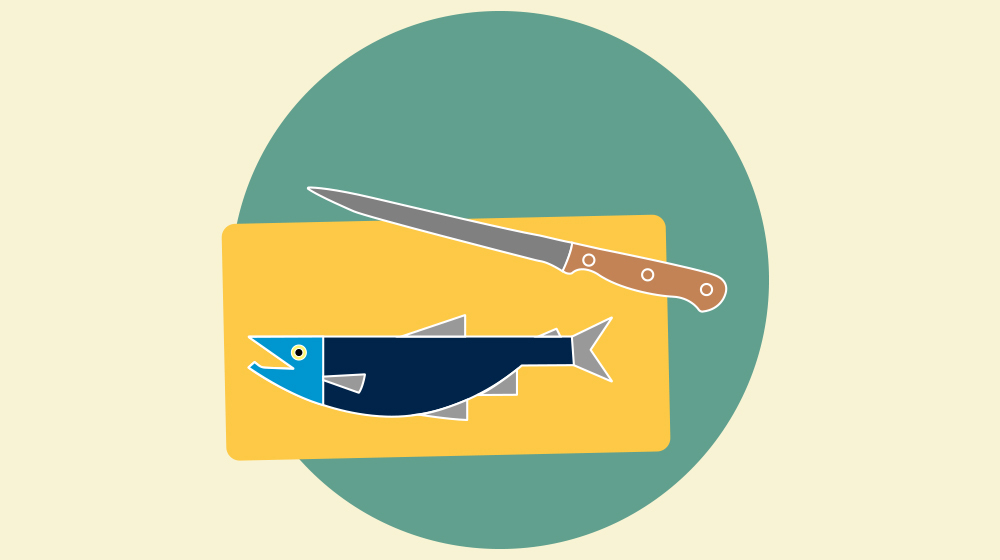 This knife is fairly specific, and may not be that necessary if you don’t prepare a lot of fish. The long, slim knife has a fluted edge that ensures the fish doesn’t stick to the blade. 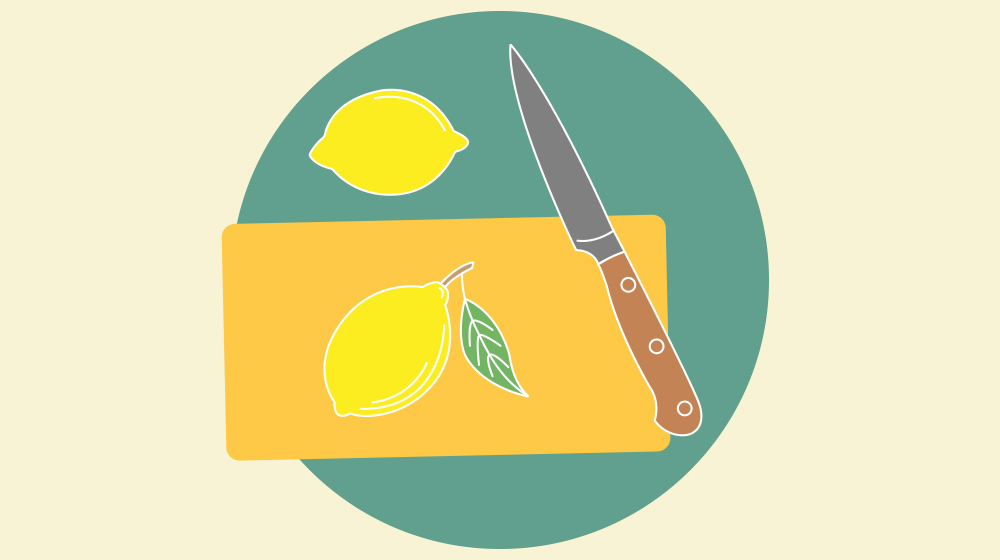 This small, straight knife is the ideal utensil for those quick food prep jobs like halving a lemon or peeling off the skin of an onion. Where a chef’s knife is the most important knife in your arsenal, a paring knife is the second. They’re cheap as chips too, so pick up a couple, they always seem to go on walkabouts. 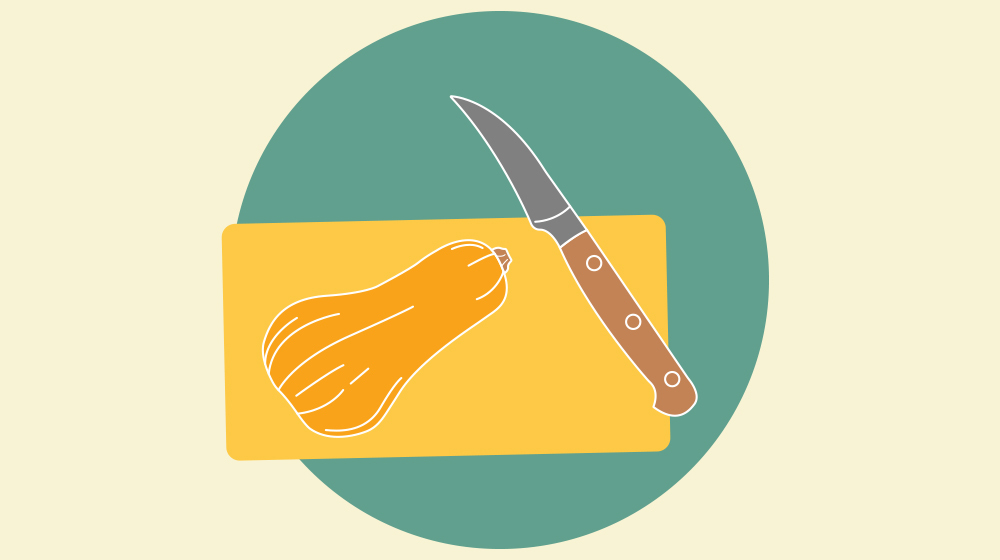 Basically used in the same way as its straight counterpart but is better suited for peeling and shaping hard veggies. Once you get accustomed to using this knife, peeling veggies will be infinitely easier compared to using a vegetable peeler. It’s also great for coring tomatoes and strawberries and amazing for slicing citrus into perfectly symmetrical segments. 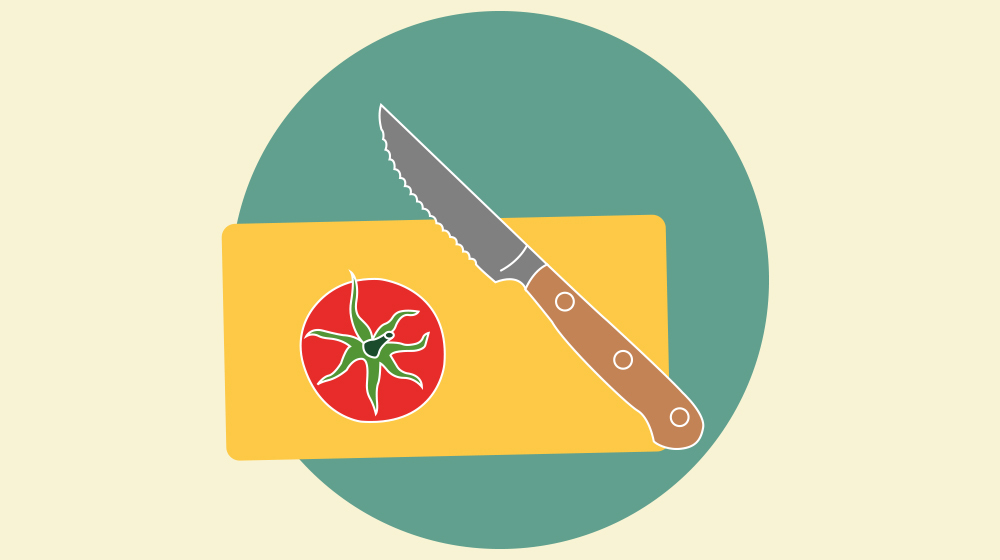 If you’re slicing and segmenting citrus or cutting lots of tomatoes, a serrated paring knife is non-negotiable. It’s also the perfect knife for trimming cake edges. 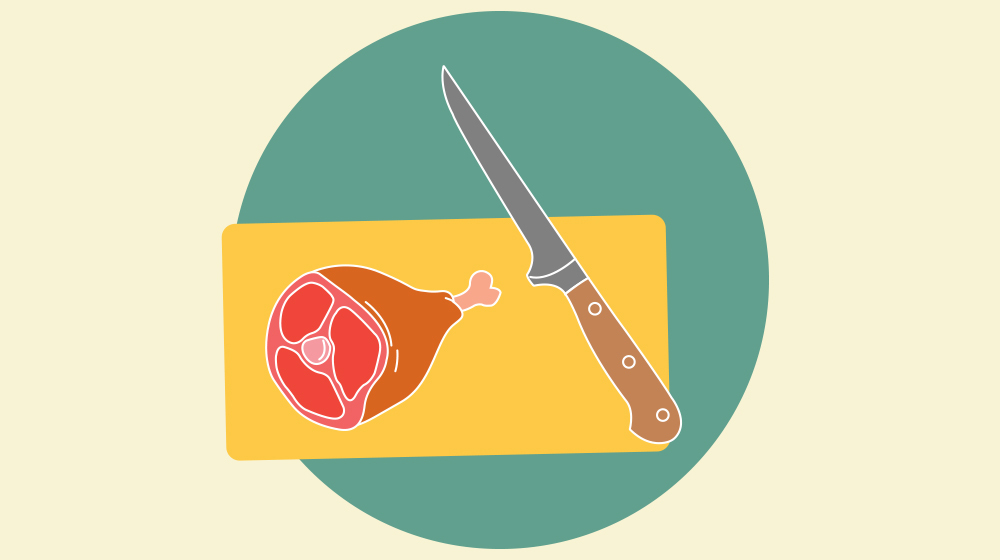 As the name suggests, this knife is used for removing the bone from cuts of meat, for example, a leg of lamb. It’s a slim long knife, with an exceptionally stiff blade, perfect for scraping bits of meat away from the bone. Having a boning knife is the best way to retain as much meat as possible when deboning meat. 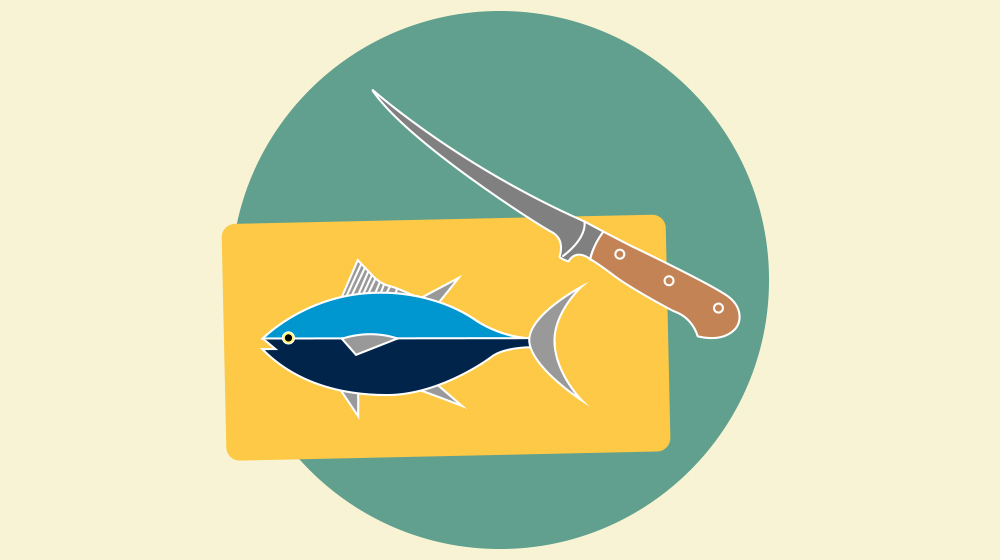 A filleting knife is similar to the boning knife but tends to slightly slimmer and is much more flexible. It’s used to delicately slide meat away from bones and is best used for filleting fish. 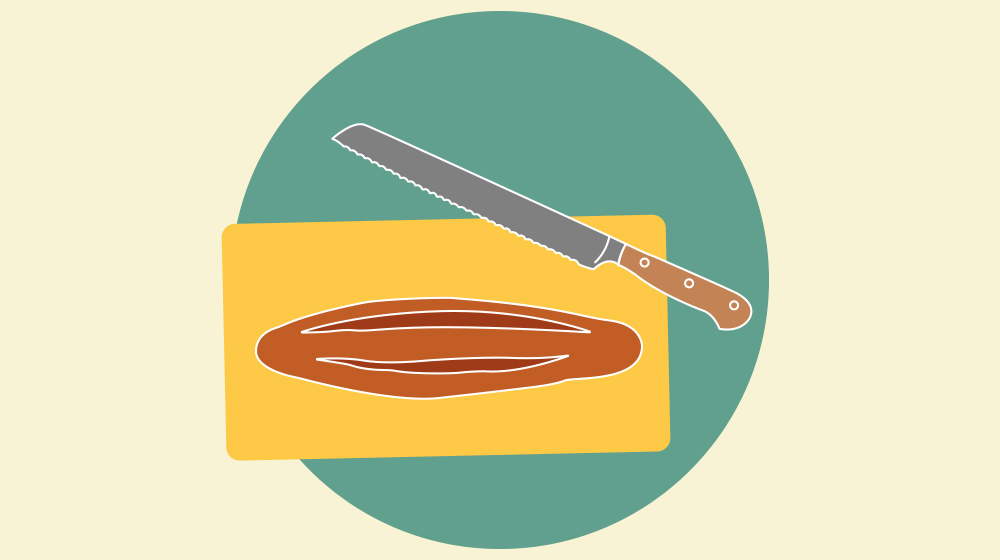 If you’ve ever tried to slice bread with a straight-edged knife, you’ll know exactly why you need a bread knife. This is a long knife with a pronounced serrated edge that cuts through crust without mushing the soft interior and keeps the loaf intact. 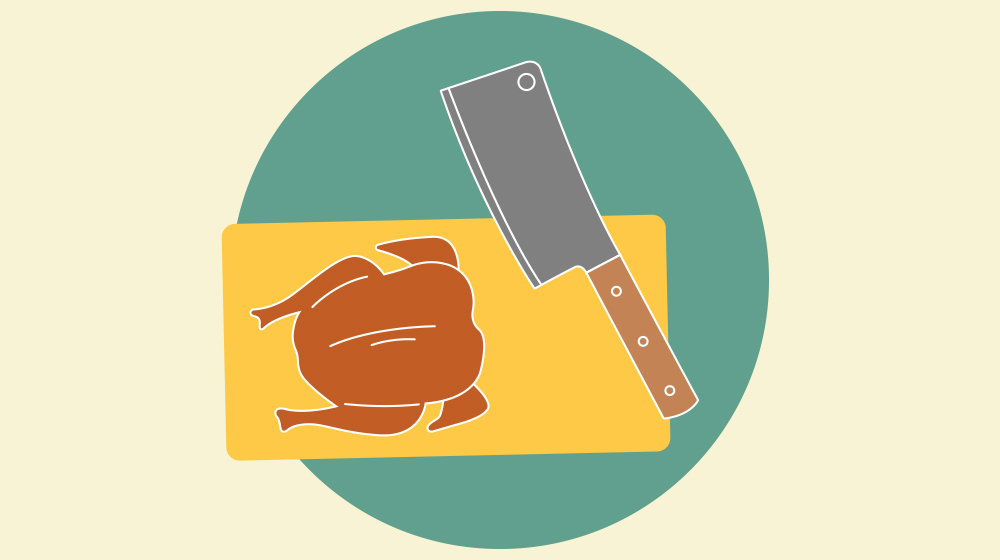 Possibly the most dramatic-looking of all the knives, this large square knife is used to separate large joints of meat. It can be quite dangerous to manage though, so be careful when using it.

Now that you know about the different types of knives available, it’s time for you to hone in on your knife skills. First things first, stabilise your cutting board. Sounds simple enough but it helps make cutting an easier experience. The cutting board should not be able to slide around and if it does, stress not, there are some easy ways to get around this. Either place a damp paper towel or cloth under the cutting board, this will prevent it from sliding around. If you want to graduate onto a new cutting board, make sure to buy one with a rubberised bottom or one that has a grip on the bottom. It’s best to have a stable board before you start cutting, a knife is still an unpredictable object, even in the kitchen. 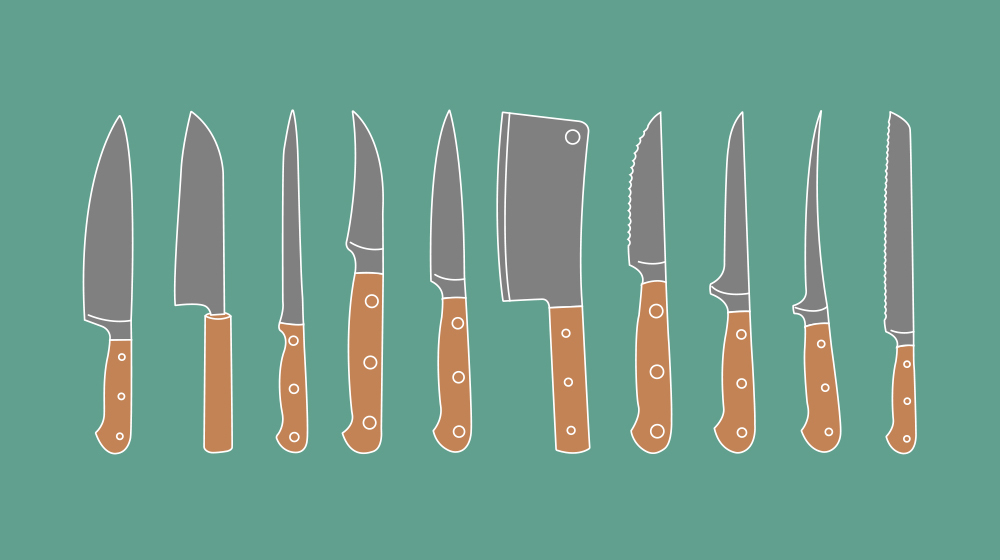 If your knife is not cutting the way it used to, it doesn’t mean it’s time to get a new one, it means you need to start sharpening your knives. Remember this mantra, an unsharpened knife is a dangerous knife. Not only do they not do as good as a job as a sharpened one but it becomes a liability. Because an unsharpened knife will not cut through as easily as it used to, it becomes easier to potentially cut yourself. Sharpen. Those. Knives.

The Only Cutting Technique You Really Need To Know

Using a knife is not as easy as one, two, three. You need to know the basics of cutting to avoid injuries, as well as getting the best chopping results possible. The best method for holding food while you’re chopping is the ‘claw grip’. This technique will not only help you speed up your food prep but will also keep your fingers safe from the sharp blade of the knife. It’s simple, place your thumb beside the blade where it meets with the handle. Rest your thumb on the blade nearest to the handle.

Secondly, the non the cutting hand should be curled inwards, allowing for the knuckles to act as a guide to the knife blade. Once you’re comfortable enough with this method you can use it for slicing and dicing.

Want to know more? Make sure to check out our collection of basic kitchen knives or hone your knife skills by checking out this list of classic vegetable and herb cuts. 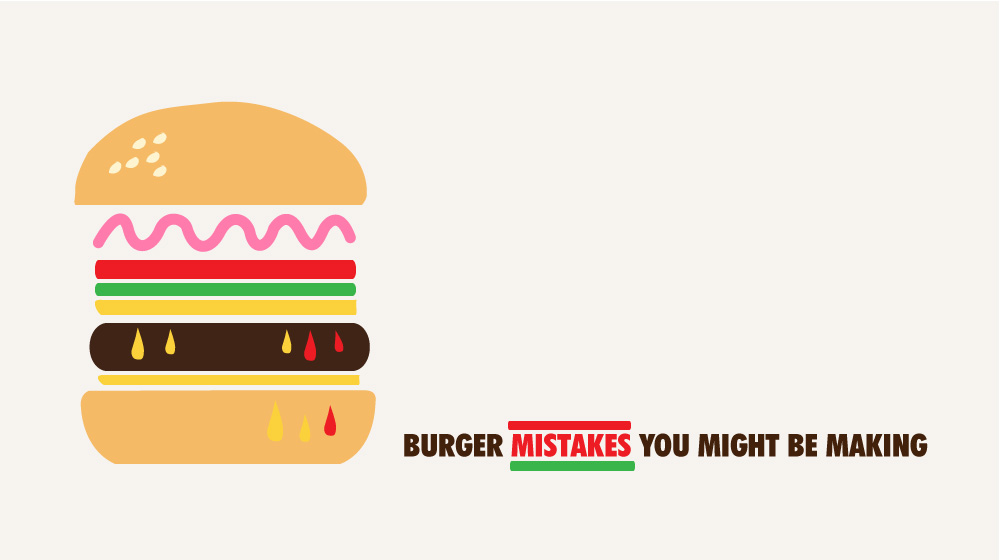 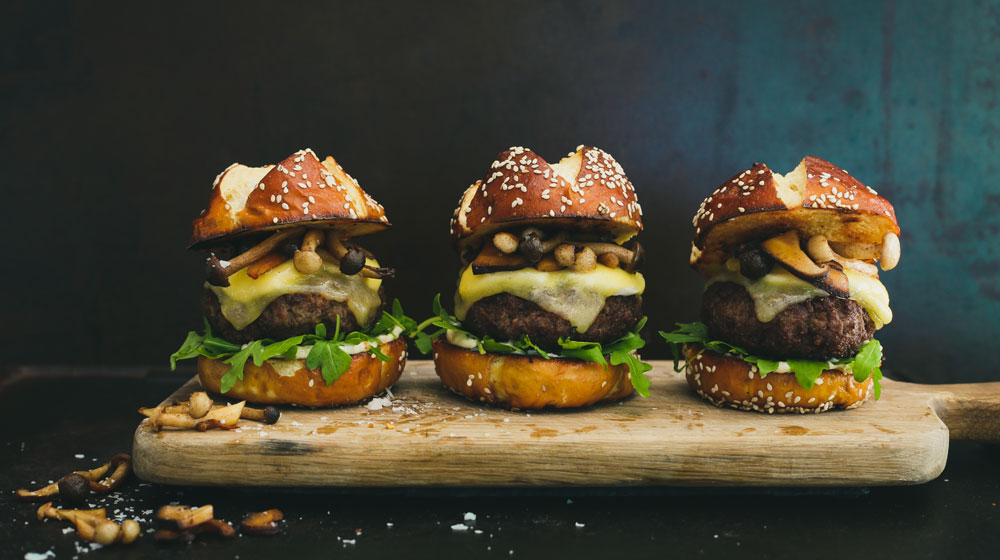 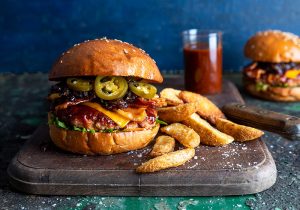