Imiso Ceramics: Telling a Story of African Culture and Heritage

Imiso Ceramics is not an unknown name in the Cape Town creatives scene, having been a successful brand for 11 years now. From their space in the iconic Old Biscuit Mill in Woodstock, Imiso, owned by Zizi Poswa and Andile Dyalvane, have quietly and consistently created South African-inspired artworks. 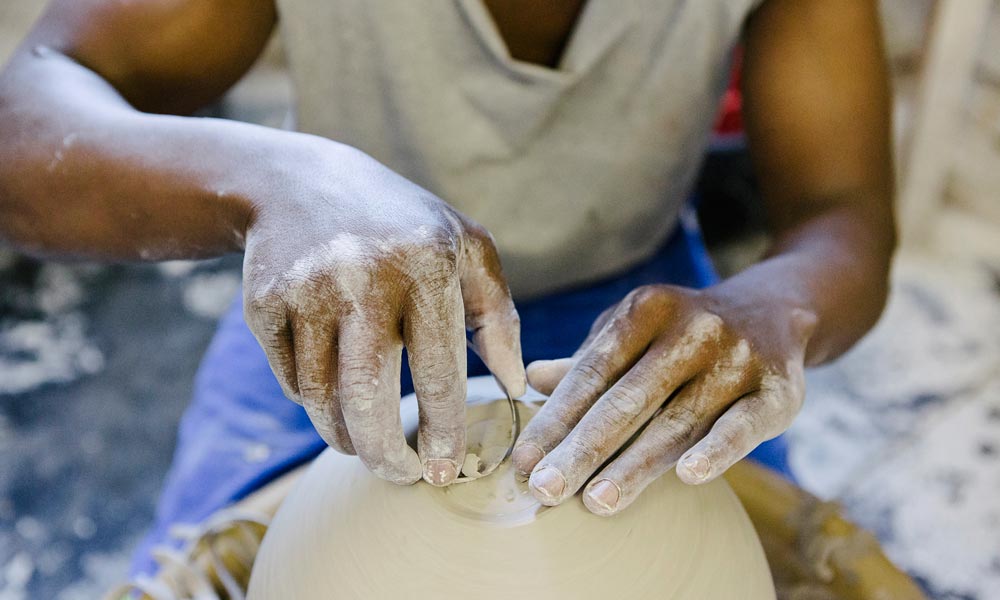 Zizi and Andile have a long history of friendship that started when they were both working in the Eastern Cape. Having originally met at Nelson Mandela University, the pair crafted their skills separately. Zizi was working in a textile design studio and Andile was working for a ceramics studio, but always spoke of their collective dream to open their own ceramic company. After enough dreaming, Zizi and Andile teamed up with three friends to open Imiso in 2006. But even once the company had been started, there was uphill battle to find a work space, materials and a market. It wasn’t long before they were offered a space at the Old Biscuit Mill, as at the time it was undergoing a renaissance. Though a little wary of this somewhat new and unfamiliar territory in Woodstock, they decided to make it Imiso’s home and have been there ever since. 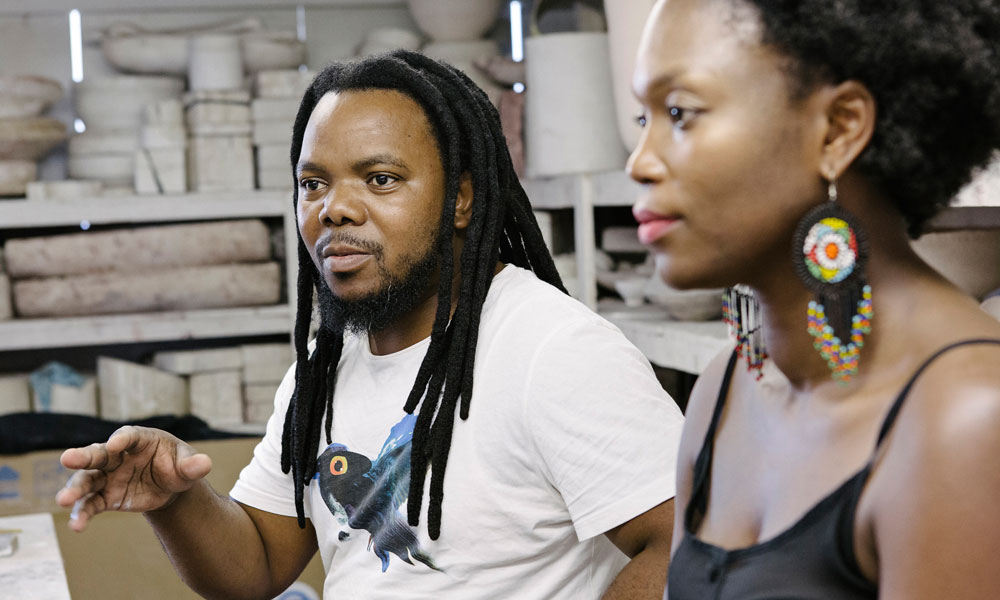 Despite their uncertainty in their new home – remember this was not the Old Biscuit Mill we know today – they got right down to it and started doing their thing. They started small, by getting together a few materials and by making a few pieces. Having managed to secure gigs at the Cape Craft and Design Institute trade show and Decorex, whether they were ready or not, people were loving Imiso. They sold out what they had nearly overnight. From there, they threw themselves into everything from exhibitions at the New York Design Fair to stints on Top Billing. And customers just kept coming through that door, rightfully so. 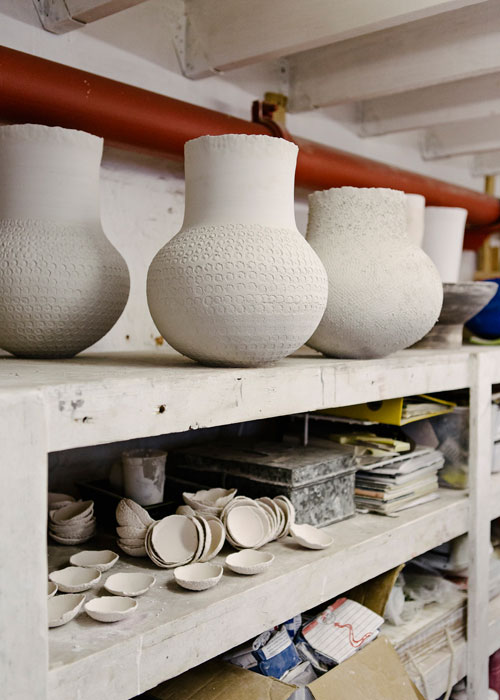 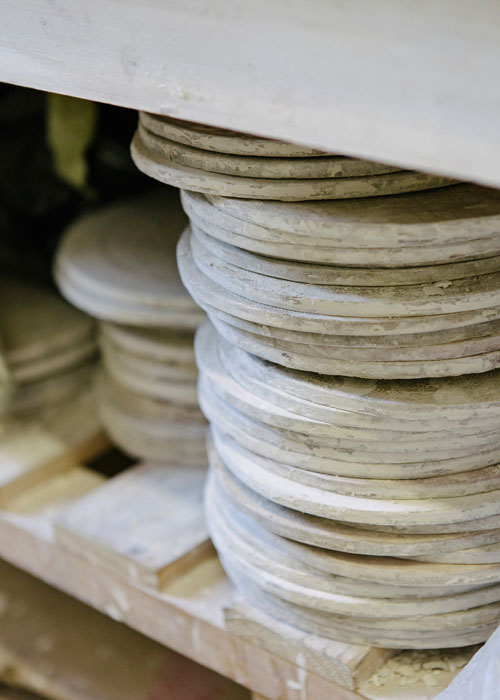 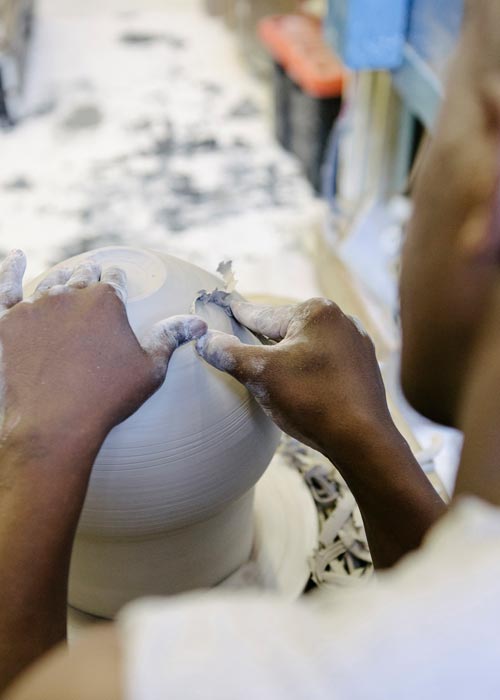 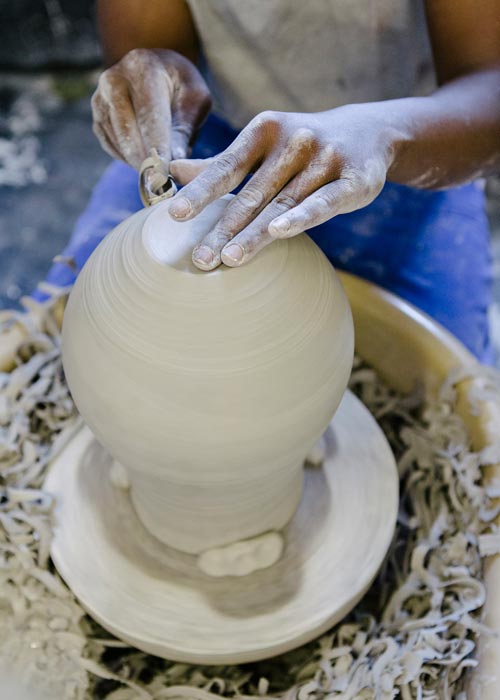 It’s no mean feat to craft tasteful pieces inspired by African heritage without it coming off as cheesy and tacky. What Imiso, meaning tomorrow, does is so much richer and more complex. It tells a story, their story but also their culture’s story.

Their style is firmly rooted in Africa, but even more so in the Xhosa culture. None more so than the Scarified range, which represents a deeply traditional practice of scarring the body in the Xhosa culture. This form of body modification is used to symbolise many milestones in a person’s life such as puberty, marriage, childbirth etc. And markings will vary from tribe to tribe as if almost a clan identification. It can be quite a bloody process of cutting the skin, but there is no denying that the finished product is something quite remarkable. And Zizi and Andile’s ode to this on their ceramics truly does scarification justice.

If ever there was an accurate and emotional representation of a deeply traditional practice, this would be it.

There are grooves, etchings, nodes and curves in all the right places, in a mix of colours and textures. If you can imagine how intricate these marking must look on the flesh, they seem to be even more visceral on the ceramics. There is also a quirky range inspired by Picasso – cleverly named Africasso – as well as their Pinched range, featuring fine clay and flecks of gold. 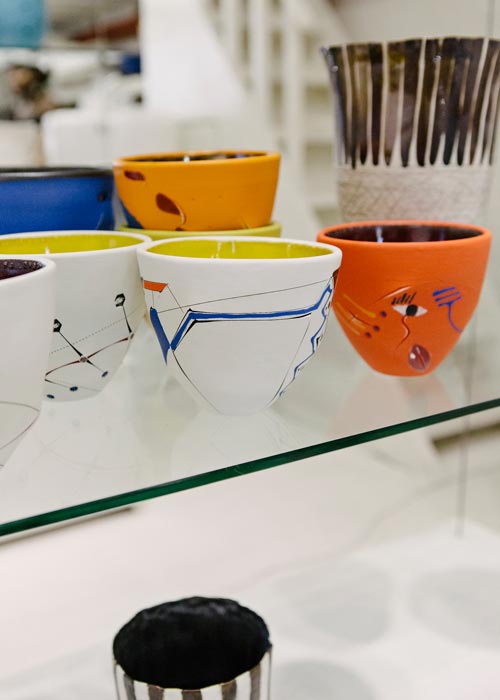 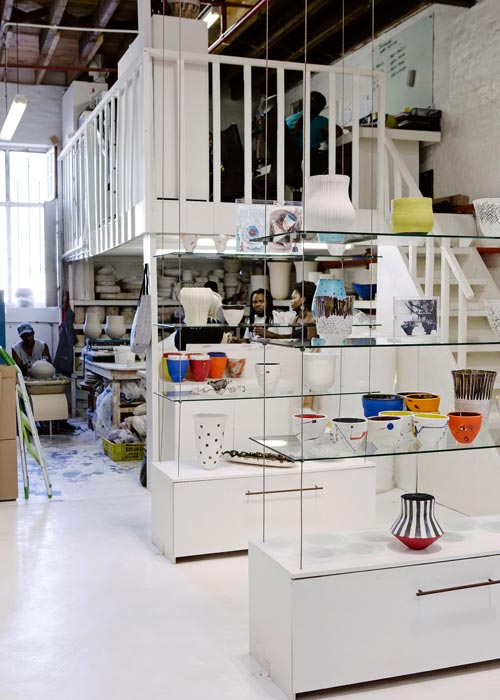 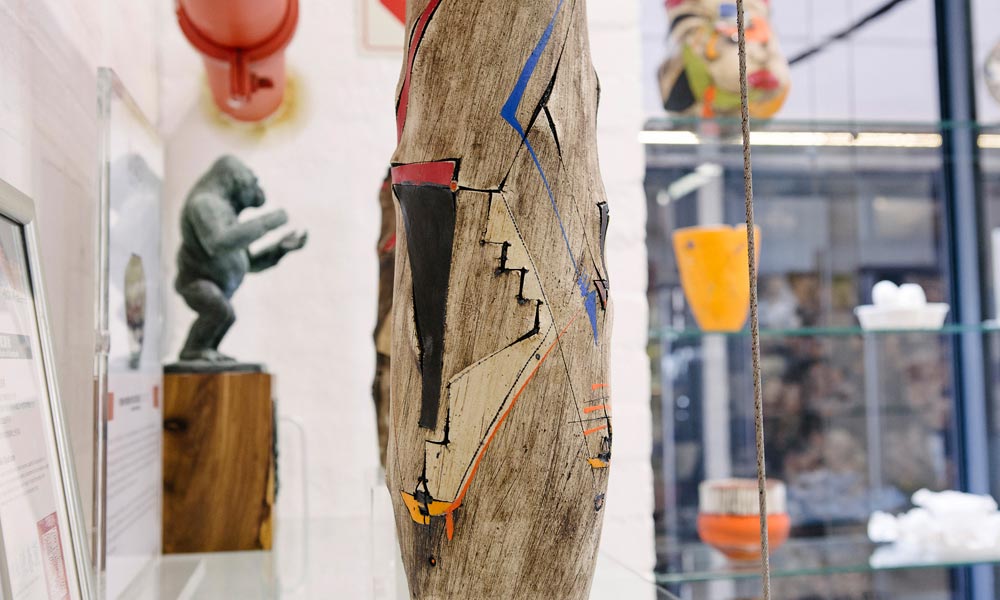 And while Zizi and Andile have their eyes focused on keeping their business powering on, they haven’t forgotten their roots and where they started as a fledgling studio. They now look to help as many young artists as they can with advice and guidance, so as to ensure the local art scene in Cape Town continues to thrive.

Whether you’re South African, a Cape Town resident or a foreigner from some remote country, Imiso will have something that will speak to you. Especially, if you’re after something unique, exceptionally striking and expertly made. Their pieces are original and special, while being subtle and cool. It’s no wonder that Imiso has casually made become something of a household name in the Cape Town design scene.