We caught up with Andy and Nicole Fenner, owners of Frankie Fenner Meat Merchants in Cape Town, South Africa’s first ethically-sourced, free-range meat butchery. Having just moved locations from town to Woodstock, they showed us around the new space. They’ve been a busy pair, as they’re also one-third of the FFMM x ASH x Publik team opening a new restaurant in their old butchery premises in Church Street. 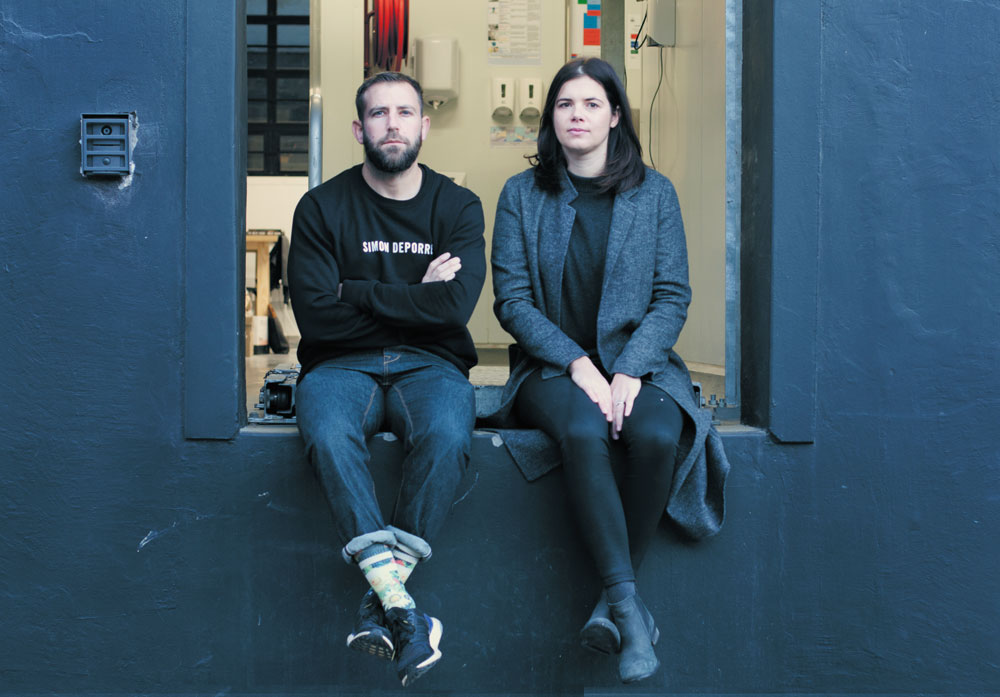 What can you tell us about the new space? 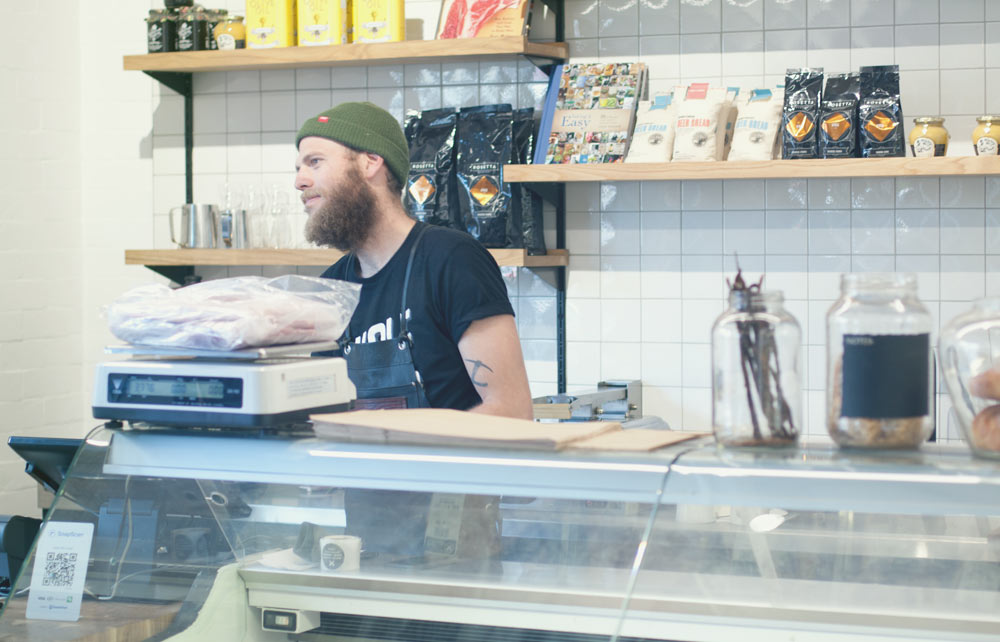 How did it feel leaving Church Street?

Really scary, when we first moved in there we honestly thought that we would be there for a couple of years. We outgrew the space way quicker than we anticipated. It’s the end of something, but the beginning of something else entirely. Church Street will always be a special site for us and we are excited about the collaboration(s) we’ve got up our sleeve for that project.

What was the design and decor inspiration for the new store?

Because the space is purpose built we wanted to maintain the industrial feel, while still making sure the brand identity comes through. It’s also a space where we feel we could have a lot more fun and not be taken too seriously. The meat was always going to be visible – we are unapologetic about what we do every day. We also wanted to mix authenticity with a bit of our own aesthetic. 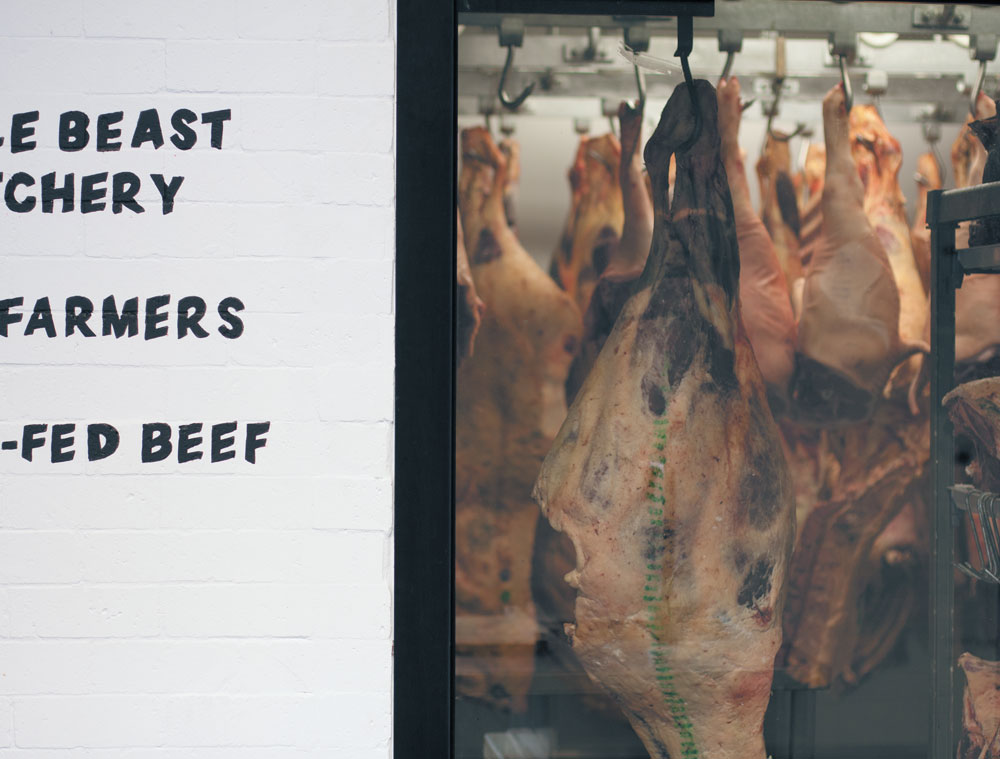 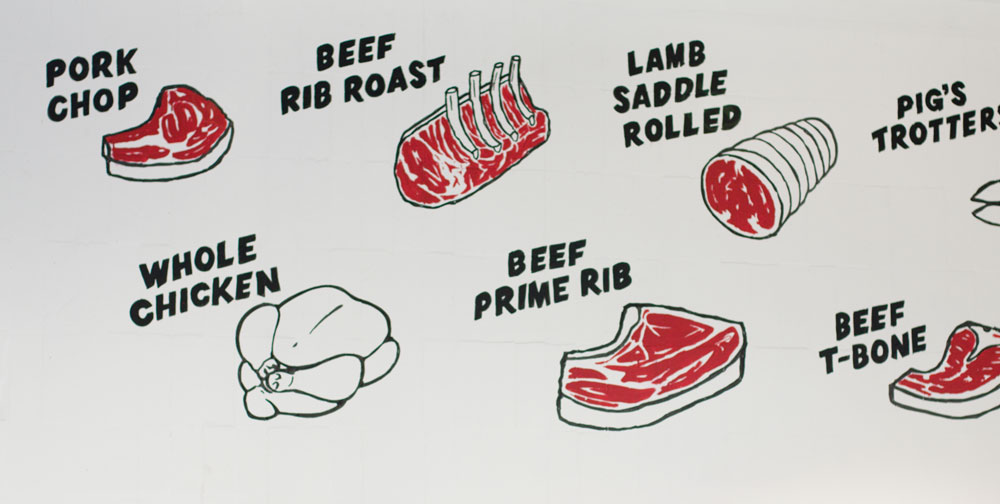 In terms of designing the new spot, was there anything you wanted to improve on or do differently from Church Street?

Haha yes, we have learnt a lot in three years. The most important elements were a bigger cold room and a hoist system to get carcasses in. All of the really unsexy things that are actually the most important. Like fat traps. Forget having a cool shop, you need a functional, efficient one.

What’s your favourite thing about the space?

I really love the wooden beams, we didn’t know they existed until we started taking the old ceiling out. There’s also the facade. It’s a huge statement that we have arrived and want to take this whole thing to the next level. 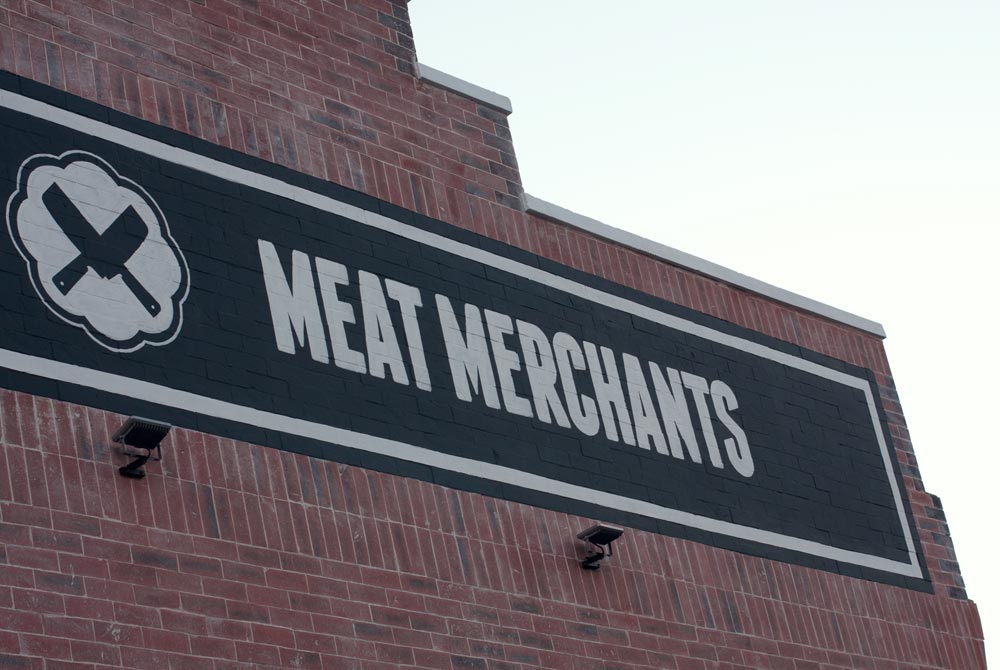 You’ve spent a lot of time and energy promoting the cause of free-range, ethical meat. How do you think it’s now being received? Do you feel like the support is growing for it as you outgrow each premises?

I think people are definitely becoming more aware of where their food comes from, people are starting to ask questions, which is really great. The movement is topical and it’s gaining steam but we still have a long way to go. Part of any site we choose is the understanding that education will always play a big role. The more we can incorporate this into the design, the better.

What has been the most rewarding thing about embarking on this journey of ethical meat activism?

The chance to change the way one single person thinks about meat. It’s not easy getting someone to relook a category that they already think they know. If we can change the way someone approaches meat we’ve done our job. And that’s hugely rewarding.

As one-third of the FFMM x ASH x Publik collab, how has it been to be a part of the restaurant-opening process?

Being involved in two massive building projects has been a pretty fu*king dumb idea, to be honest. It’s been incredibly hectic. But, as both of them near completion, it’s hard not to feel a huge sense of pride. I feel like we have ‘backed the jockey not the horse’ with the collab. In other words, we’ve got a killer team. We wouldn’t have done something this crazy with anyone else. 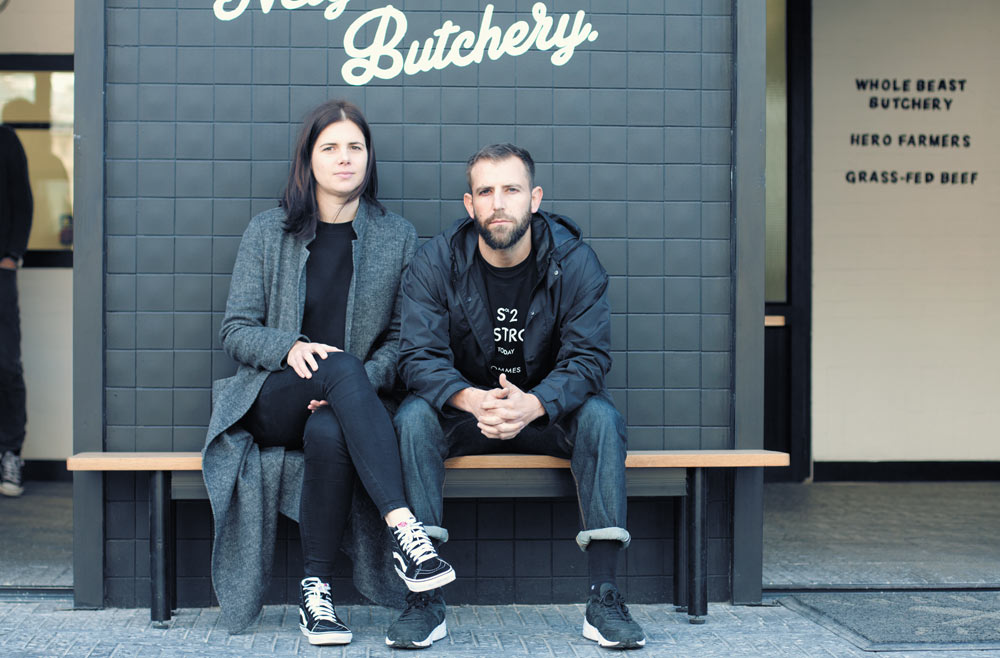