I wasn’t sure what to expect when I stepped into Conrad Hicks’ workshop. I knew I was there to chat about his knives but I soon found out that knives are just a small part of what this talented artist does. What followed was a much bigger conversation about form, function and philosophy. 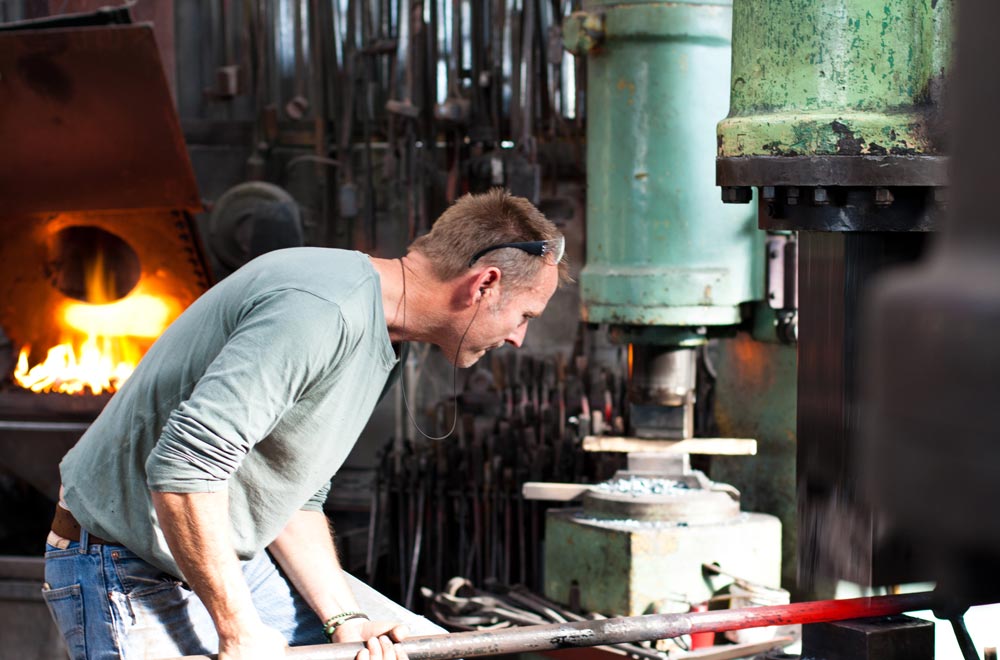 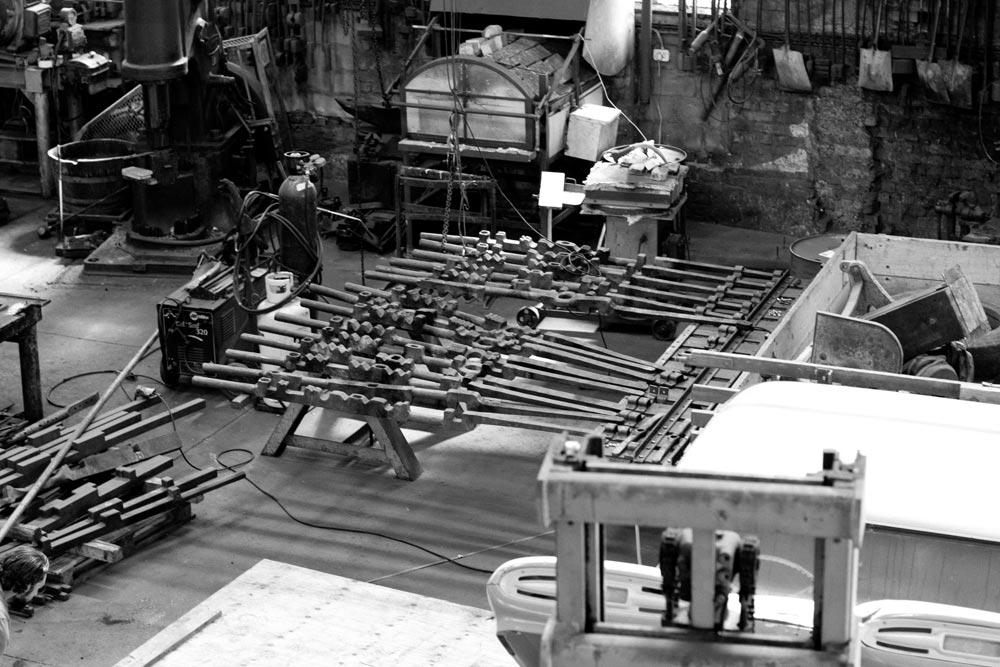 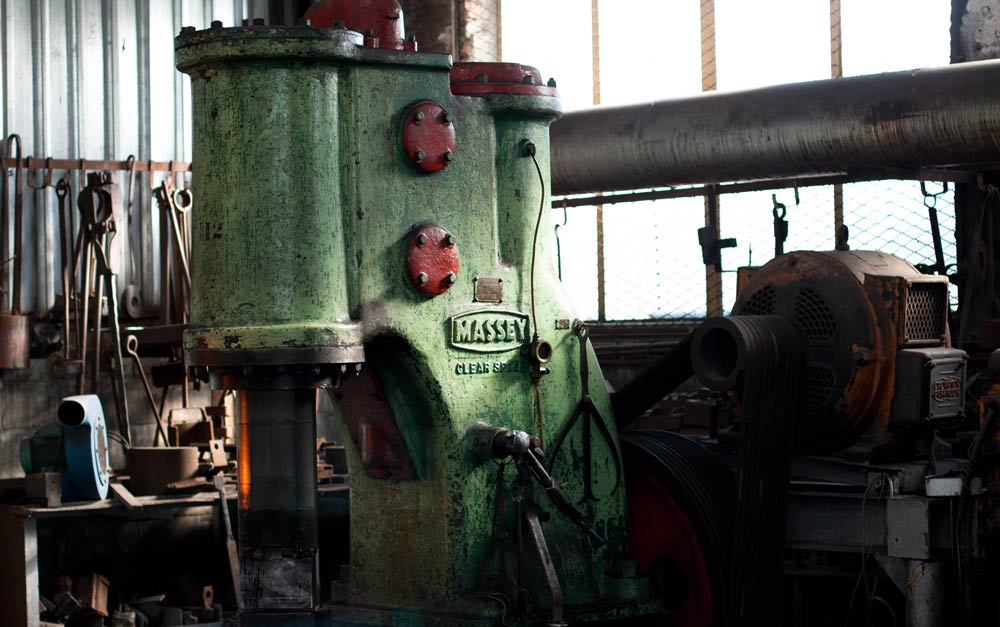 For Conrad everything is a tool and tools are not just tools. They are forms of art and expression. Every piece he creates, be it a knife, a gate, a bench, or a sculpture, conveys a message. They may all start out as lumps of metal but through the creative process they are transformed to give new purpose and meaning. The forging process is a living evolution of raw material, and as Conrad explained, we’ve been doing it since the first humans chipped rocks into knife edges.

These first stone knives and tools may have started out as functional, but as culture developed, they became symbols of status and success.

They became a form of creative expression and that meaning was as important as the ability to perform its intended function. Conrad’s goal with all his projects is to find the beauty between form and function. The resultant artwork is a evidence of the journey. 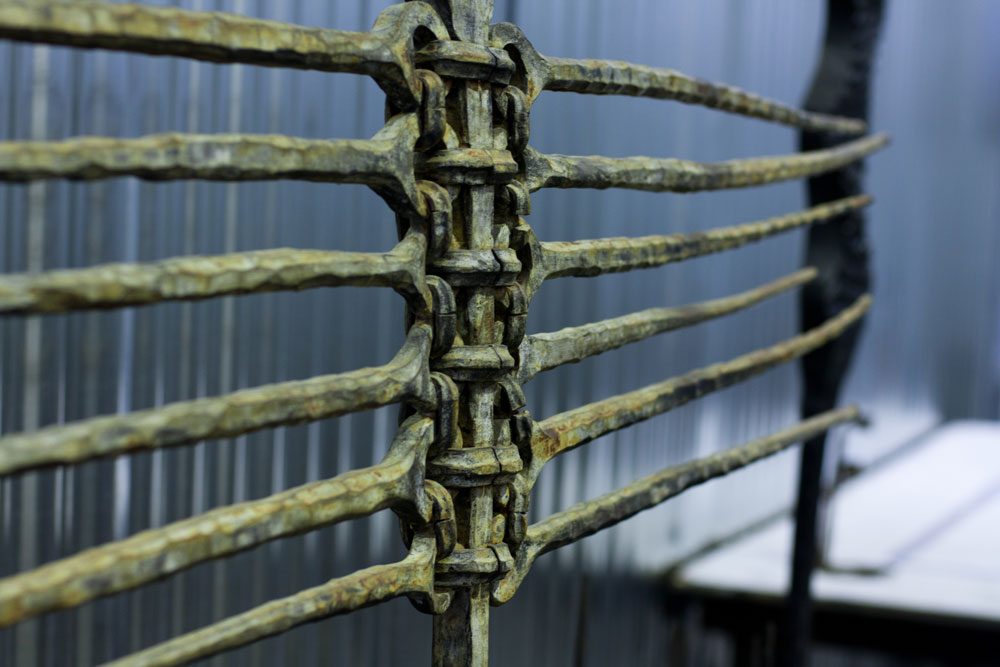 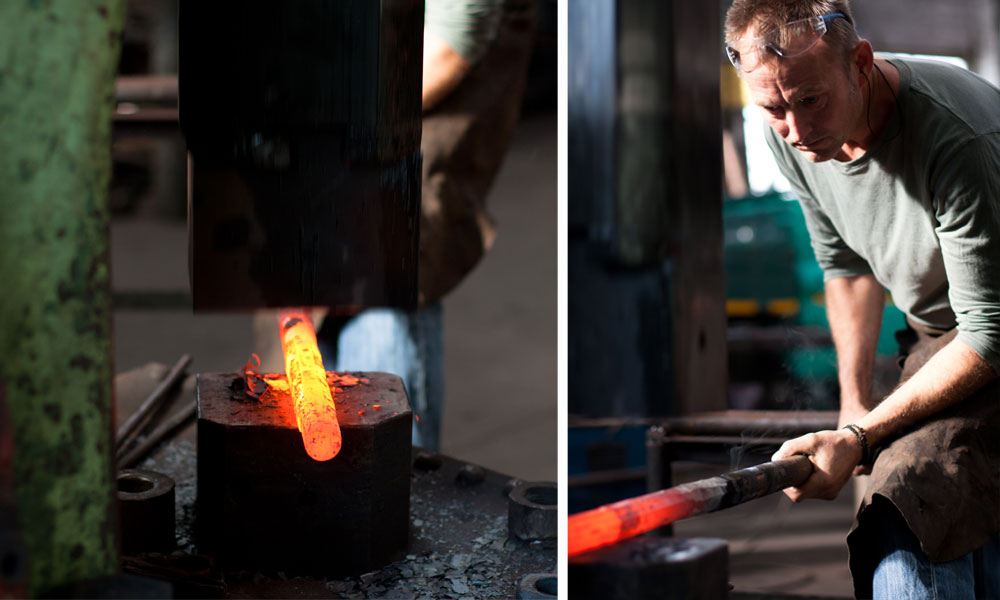 When asked about his inspiration Conrad explained that inspiration is all around us in patterns and shapes.

His current project, which is a massive gate, was inspired by a previous work. The client had seen one of Conrad’s sculptures and decided that he wanted a gate based on the artwork. Conrad says that the original artwork was actually inspired by the Fibonacci number sequence – a series of numbers where a number is found by adding up the two numbers before it.

As we continued chatting, Conrad offered to make a knife so we could get a better understanding of the process. It started with a piece of ball bearing steel being placed into the forge. 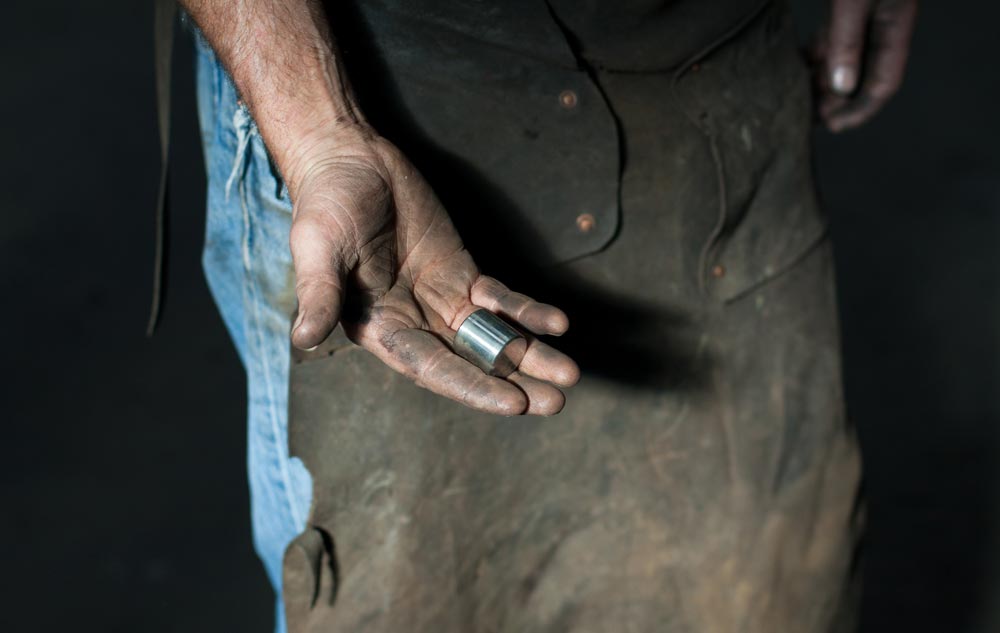 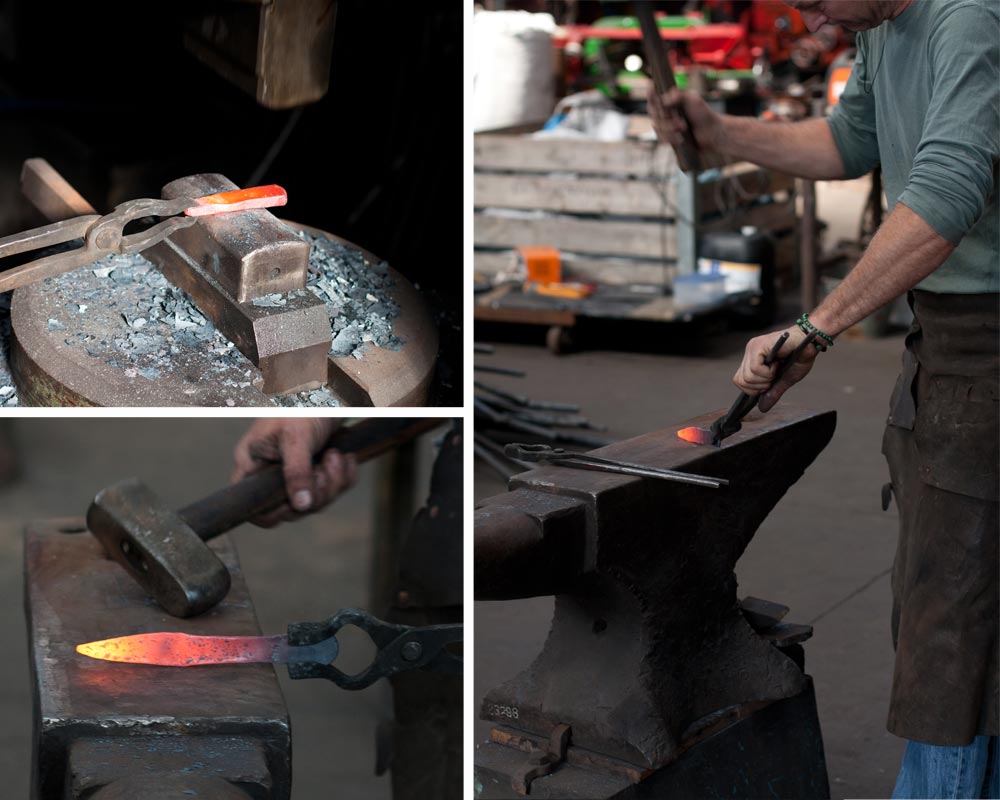 His knives are usually made with bandsaw blades and nickel, which is recycled from printing drums. From the fire the steel is beaten with the power hammer to give it shape. The firing and beating process is repeated several times until the rough blade starts to form. Conrad believes that the basic knife shape is instinctive to humans. It’s been ingrained in our evolution.

Much like the words of this sentence are put into a specific order to give overall meaning, Conrad’s knife comes together with a sequence of fire, force and skill. 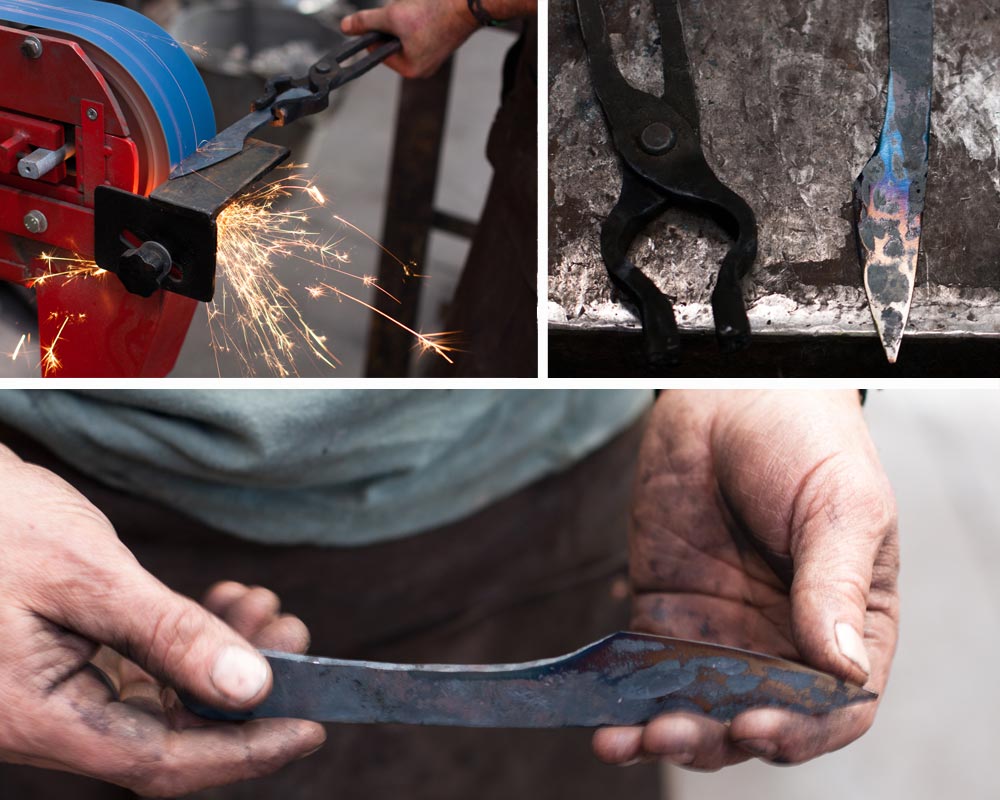 From a raw block of steel, the knife is pushed and pulled into existence giving it purpose and meaning. As he began shaping the knife by hammer and hand on his anvil, he explained that you need to listen to the steel. It shows you what it wants to do as its form takes shape. Hammering by hand is an intuitive process and it should be done by feel and reflex action. 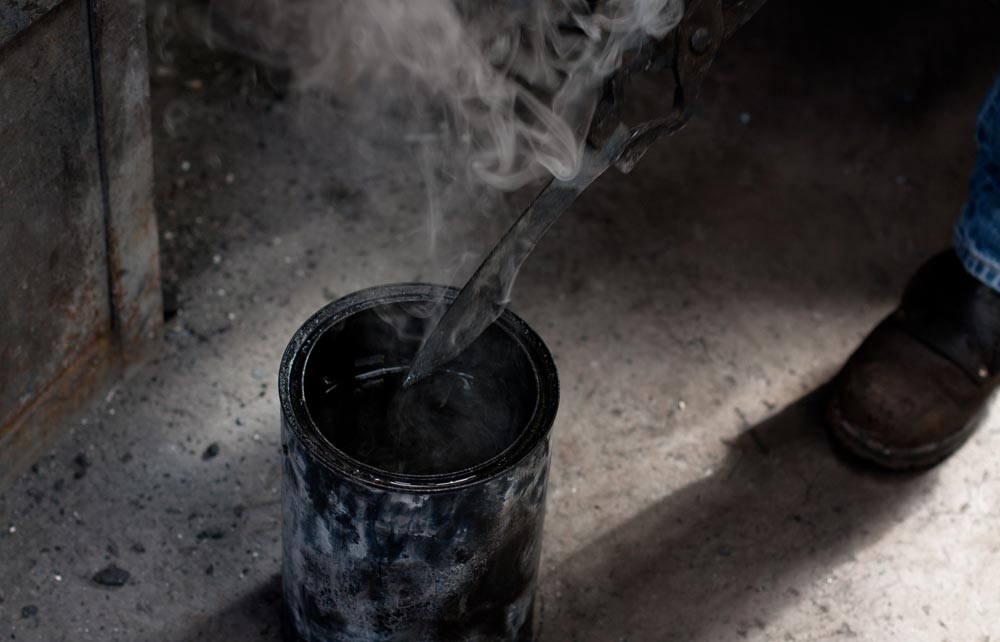 Once the shape was completed the blade was then ground to clean it up and give it an edge. From there is was hardened by reheating and quenching the blade before being polished. Even though this was a quick demonstration done over the course of an hour, it was a privilege to see a master at work in his space.

If you’ve ever spent time in a forge you’ll know that this kind of work is not for the faint hearted. It’s backbreaking stuff that requires mental and physical strength, but at the end of the day Conrad says it’s the most satisfying job in the world. 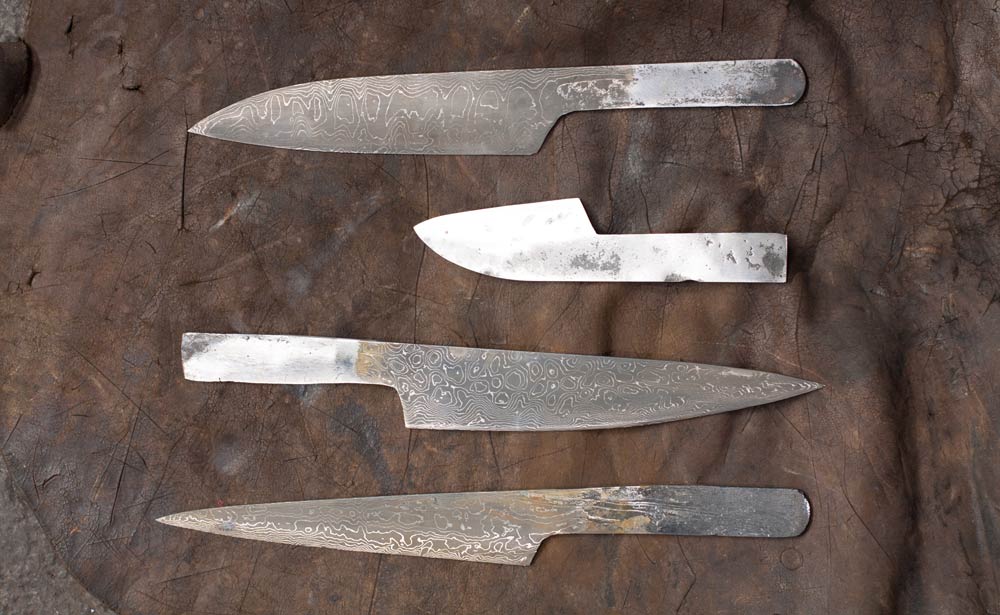 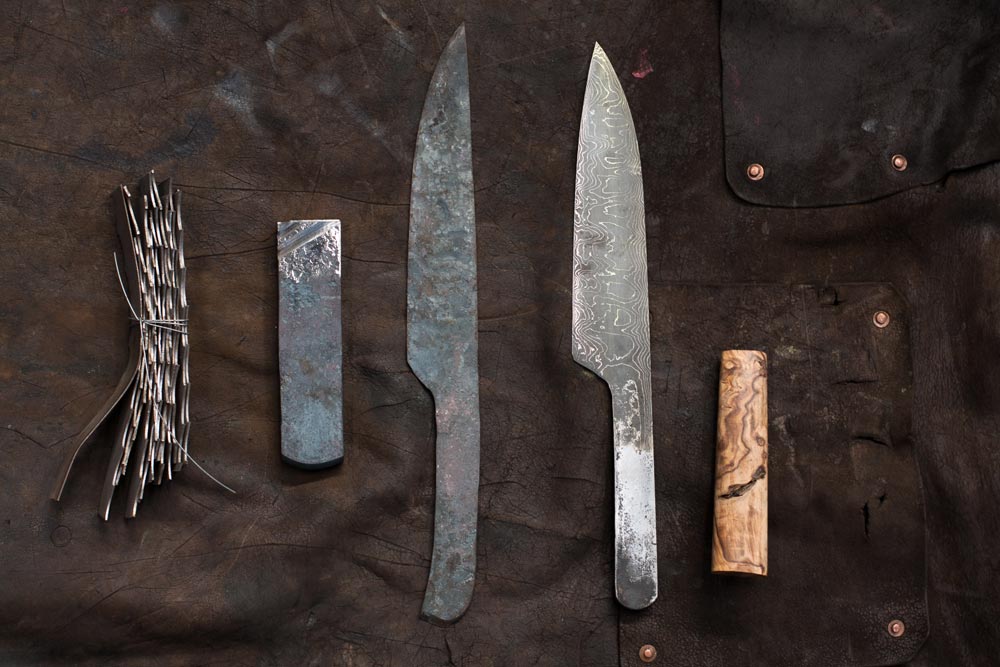