For Women’s Month, Leopard’s Leap are celebrating the women who taught us how to cook, starting with Errieda Du Toit. We all have memories of a grandmother, mom or aunty teaching us how to make something in the kitchen. Whether it was something simple, like how to cook the perfect pot of rice, or something more complex, like a pot of curry, those memories stay with us to pass on. The foundation of South African cuisine is made up of these types of memories, from many different cultures and even more grandmothers. 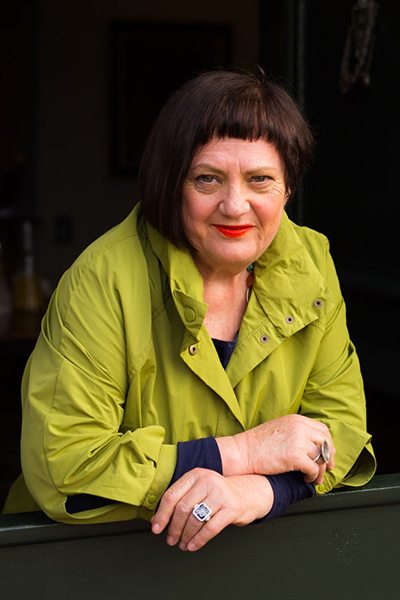 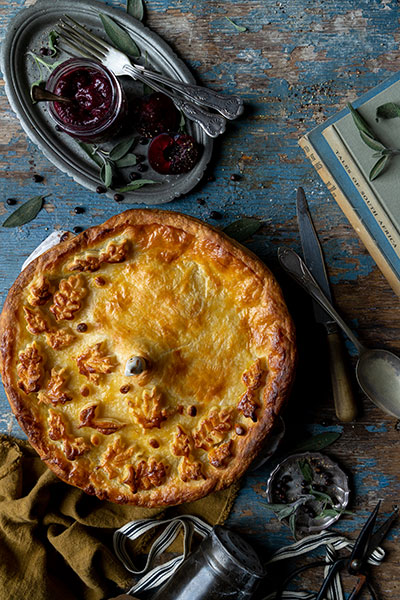 Errieda Du Toit is a South African culinary commentator, food writer and author of ten cookbooks. Well known for her long running RSG radio show Huiskok Glanskok as well as her numerous food columns and television appearances, Errieda has established herself as a true cheerleader for South African cuisine as well as sustainable and ethical food practices.

​​While my mom Inez was famous for her chicken pie, it’s her venison pie that I long for in the heart of winter. Chicken pie you could serve up any time of the year, but not venison pie. You had to wait for hunting season. As she didn’t have the luxury of a freezer to stock up, she only had a small window of opportunity at the end of the July school holidays when a family member would return from a hunting trip in Namaqualand, bearing gifts. 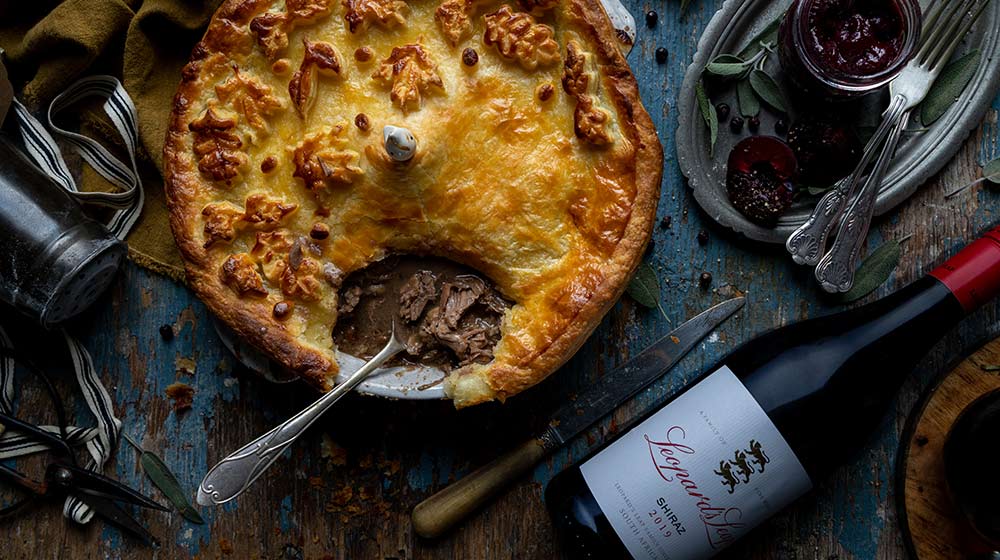 I’ve always associated venison with sharing. My dad wasn’t a hunter, so my mom had to rely on my uncle’s generosity.

She treated this gift with such respect, careful larding and marinating the leg of venison for days.

Other times she would slowly cook Springbok ‘rugstring’ and shanks for hours to be turned into a glorious pie. I would help her pulling the meat and scraping every bit from the bones.

She would open her preserve cupboard and bring out a jar of her precious home-made quince jelly, adding a spoon or two to the meat gravy. She never took shortcuts with something as special as venison pie, making the pastry from scratch and decorating the pie with motifs cut from scraps of left-over dough.

The aromas of scorched coriander, juniper berries, cloves and bay leaves signalled the special meal to follow. There would always be stampkoring and ‘stowe-perskes’, the dried peaches she stewed in rooibos tea with cinnamon till the cooking juices turned into amber syrup.

While chicken pie was enjoyed at the kitchen table, the venison pie was much more of an occasion. It called for the embroidered linen tablecloth and heirloom china.

It also called for my dad’s special version of the table prayer, asking the blessings for the hands who prepared the meal, and for the good health of the hunter. 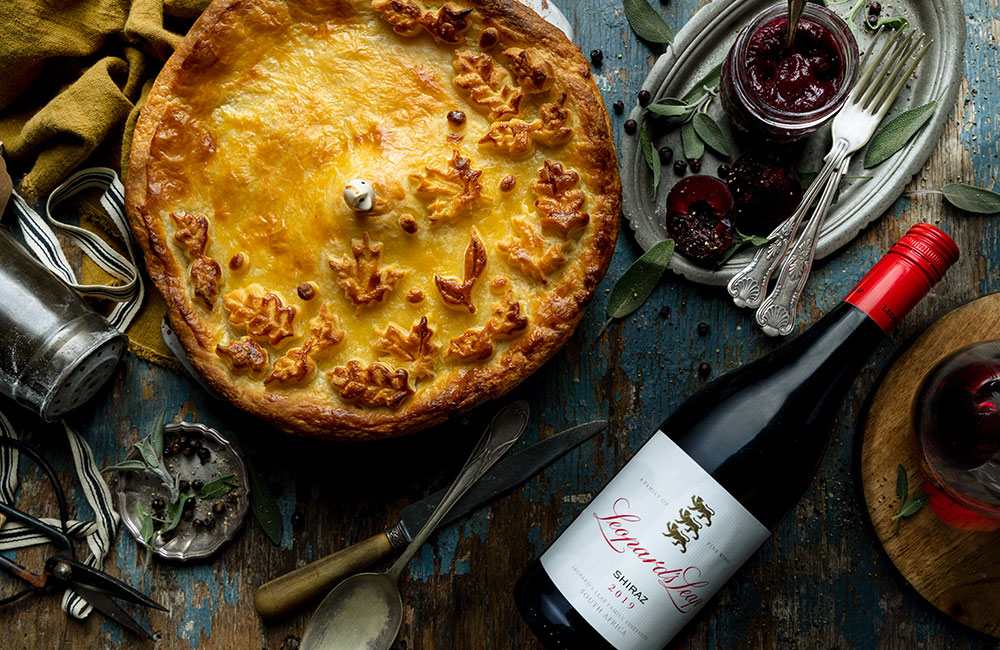 The 2019 Leopard’s Leap Shiraz offers typical varietal aromas of aniseed, nutmeg and white pepper, combined with delicious notes of raspberry. A beautifully structured wine, it is delicious with red meat and sweet notes in general and in this combination of venison pie with a plum and pepper fruit pate, the Leopard’s Leap Shiraz has found its ideal match!