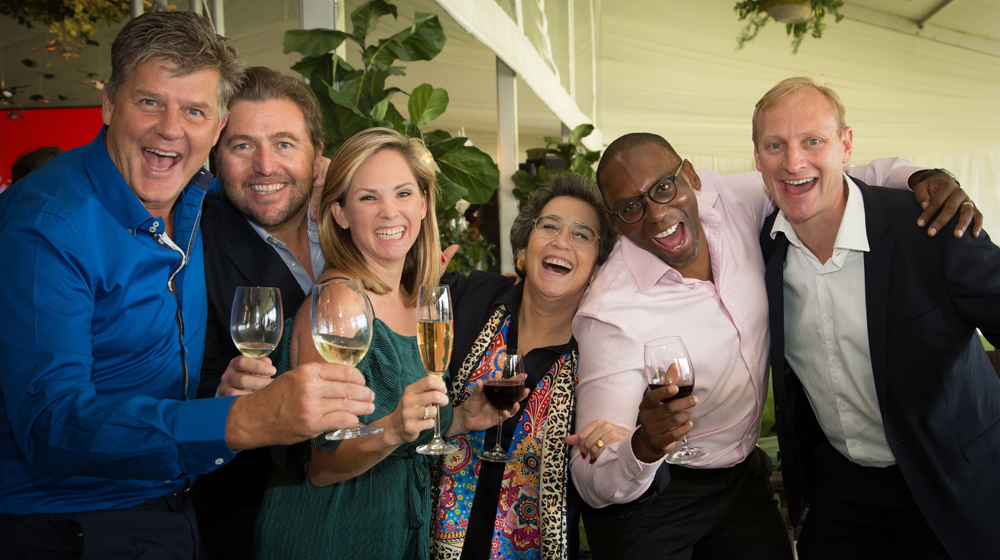 The Cape Wine Trustees woke with sore heads Sunday morning after celebrating the R17.5 million raised at this year’s Cape Wine Auction event which was held at the Rustenberg Wine Estate on Saturday, February 10. One hundred percent of the money donated by the bidders will go to 27 carefully selected beneficiaries, all of whom contribute to the education and well-being of children in the Cape Winelands.

“The commitment to giving back, changing lives and sharing good fortune was certainly witnessed in the overwhelming bids raised this year” says Darielle Robertson, director of The Cape Wine Auction.

What was on the bidding menu for the evening

The day’s highest bid of R750 000 went for the Oneiric French Riviera Lot which included five nights in a private villa in Cannes on the French Riviera for eight people and lunch or dinner in the private dining room of South African chef Jan Hendrik van der Westhuizen‘s JAN, the award-winning Michelin star restaurant in Nice. Four signed magnum bottles of the sold-out First Quantum Grand Reserve Bordeaux style 2011 blend were included in the package.

Other highly-contested lots included a getaway to Azura Benguerra Island in Mozambique and five cases of Chateau Pas de Loup wines from France’s Loire Valley; a sumptuous three-night stay at Morukuru Beach Lodge (opening July 2018) inclusive of a Warwick Estate wine experience and the American Express lot of trip to the BFI London Film Festival, concert tickets for Shania Twain at the O2 and courtside seats at the men’s and women’s quarterfinals of the 2018 US Open Tennis Championships in New York.

“We are extremely proud of the fact that every cent donated goes to 27 very worthy charities and we’d like to thank the generosity of those bidders whose contributions will truly make a big difference to the underprivileged children of the Cape Winelands,” adds trustee Mike Ratcliffe.

The Cape Wine Auction – sponsored by Nedbank Private Wealth – is regarded as one of the most significant international wine charity auctions ever conceived in South Africa, uniting the industry around a single goal of raising money for education.The auction has created a benchmark in philanthropy, raising almost R73 million, with all proceeds going to 27 carefully selected charities.

To see more on the Cape Wine Auction, hop onto the link posted below.

Share
Tweet
Pin
WhatsApp
0 Shares
Dinner for One: This Valentine’s Day Love Yourself!
Our go-to Winelands Restaurants for Sunday Lunch