Bredell Girls To Take On Another World Record to Raise Funds

The young Bredell Sisters, who have become known for their swimming achievements, have set out to break another world record, next year March 2020, as they swim the Robben Island Channel Swim to raise funds for the Children’s Hospital Trust. 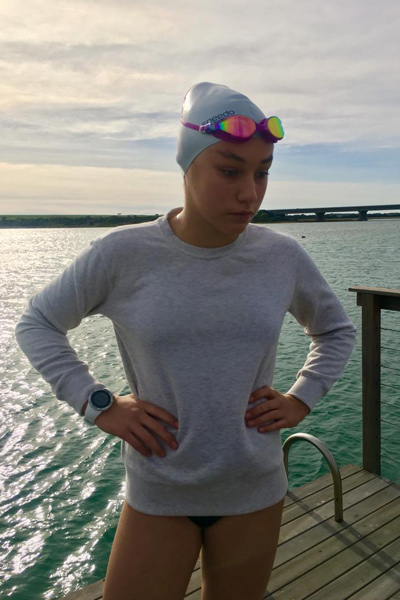 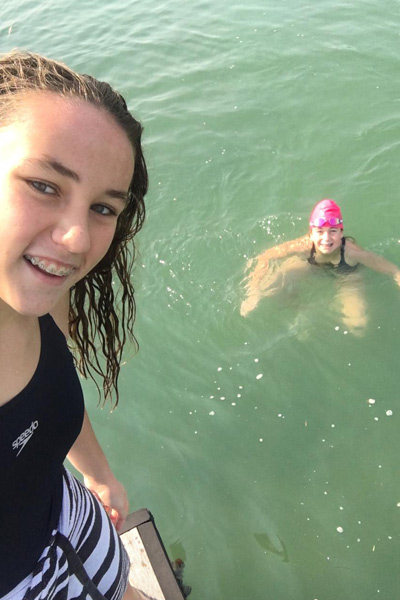 In 2018, Abriella Bredell (then 11) was the youngest person to swim the 7,9km swim from Robben Island to Blouberg Strand. In 2020, her younger sister Issataya (10) will join her and will be doing the 8,5 km route (Cape Point to False Bay), while Abriella tackles the 11,9km route around Robben Island.

Both of them will break the world record for being the youngest to swim these particular routes.

For this swim, they have partnered with The Children’s Hospital Trust to raise funds for the upgrade and expansion of the emergency centre at the Red Cross War Memorial Children’s hospital. These sisters have big dreams and hope to one day take part in the open water Olympics for South Africa.

How you can help

If you would like to donate or get involved you can simply follow them on Instagram or Facebook or check out their website. They encourage followers to donate to the campaign by using the reference “BREDELL GIRLS”  in order to direct donations to their campaign specifically. They also encourage those to sign up using their email addresses.

“… this time round we want everyone who donated to be invited to the handover as they were the ones who did it, not just me, that would be awesome and make for a great photo for history.” 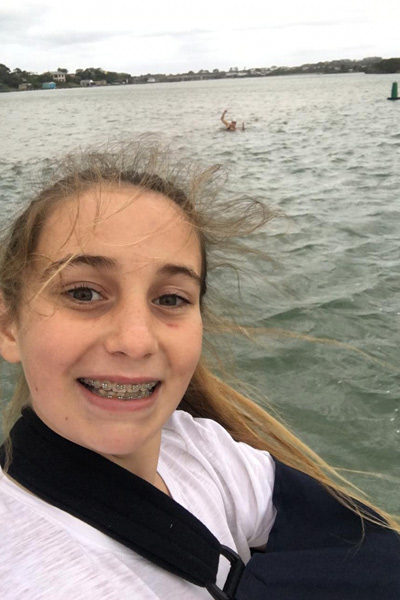 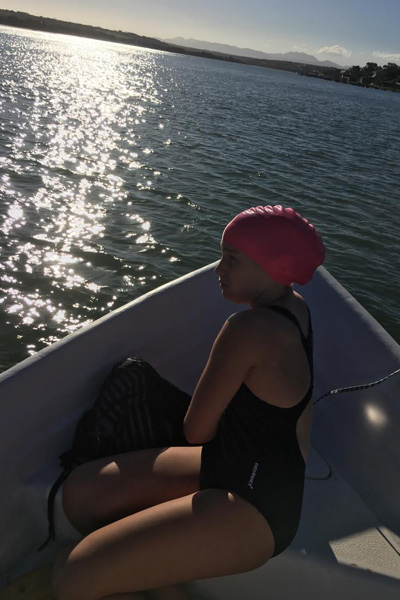 A Quick Q&A with the Bredell Sisters

What is the next swim you will be doing?

Abriella: I have many swims leading up to the big event, to name a few, the Atlantic Dash in October and the Langebaan Lagoon swim in December.

Issataya: The next swim that I will be doing is the Atlantic Dash which is 5 km which is in Cape Town.

Abriella: My favourite movie is “A Series of Unfortunate Events” because of the fact that it leaves you in suspense and it’s very interesting. I really recommend you watch it if you haven’t.

Issataya: My favourite movie is Peter Rabbit, the realistic Peter Rabbit. Why? Because it’s so funny – when I start laughing I cannot stop; my favourite character is the pig, he cracks me up.

Issataya: Well duh! Chocolate spread. If I could I would eat it all day but I can’t because that’s just my snack. My real favourite food is Peanut butter on Oreos – if you haven’t tried it I suggest you do because it is that good!